He’s OK, he sleeps all night and he works all day.

There are only two places where it’s appropriate to dress like a lumberjack: in a forest, or in Manhattan.

New York fashion has long had a unique relationship with workwear. The humble hoodie was invented by Champion, an upstate New York brand, in the 1930s. The 80s and 90s saw the previously utilitarian Timberland boot become a staple of streetwear and hip-hop culture in the Big Apple. Less chainsaw and more gold chains.

These days, the unofficial uniform of the Brooklyn hipster is flannels, beanies and boots. Sometimes suspenders, for maximum effect. It’s an aesthetic that’s even been given its own name: ‘lumbersexual’. Heard of it before?

Bradley Cooper has. The Hollywood actor and filmmaker loves cosplaying as a lumberjack – although all jokes aside, it’s a winning look. Take this outfit he was spotted in last week while running errands with his daughter: classic red flannel over a marinière shirt, loose-fitting painter’s pants and Red Wing boots. It’s a yuppie masterpiece that proves the 46-year-old still has it. 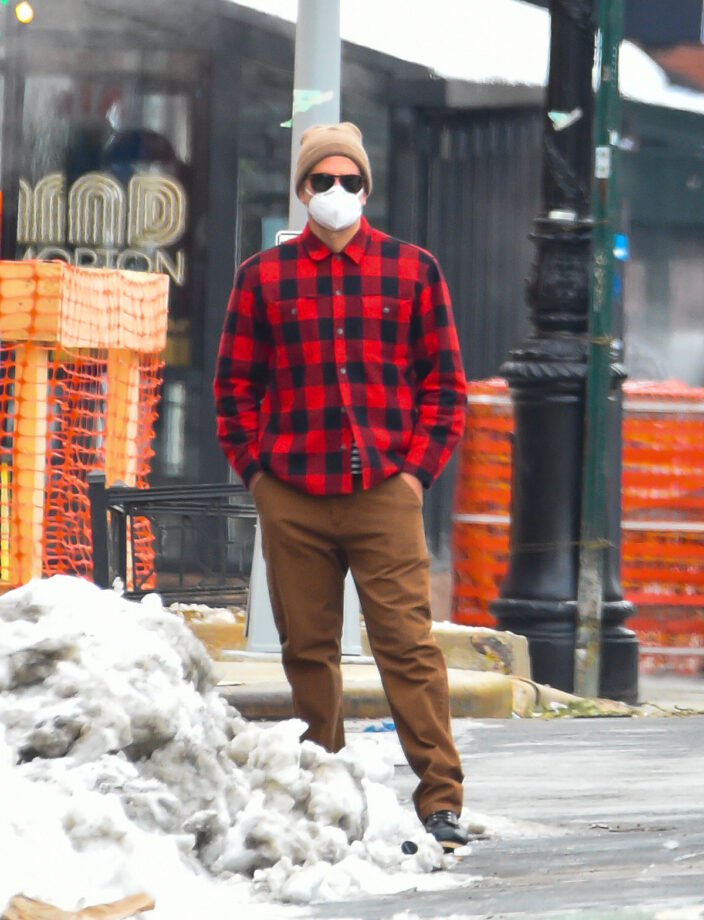 Cooper might not be chopping down trees but the rugged outfit makes sense during NYC’s cold winter. Lumberjacks dress this way for a reason: wearing comfortable, durable clothes is a no-brainer when you’re working a physically demanding job out in the wilderness… Or out in the urban jungle.

Cooper, who’s enjoyed one of the most quietly successful decades in the film industry, is set to star in the upcoming Guillermo del Toro-directed psychological thriller Nightmare Alley alongside Cate Blanchett, Willem Dafoe, Toni Collette and Ron Perlman, among other big names.