The Spicy Cough continues to dominate virtually every aspect of day-to-day life, from economic woes to travel restrictions and even basic human interaction. We’ve quickly grown used to wearing face masks and dousing ourselves in hand sanitiser but something we’re clearly still struggling with is the handshake – as Harry Styles has demonstrated.

The 27-year-old singer, actor and modern-day heartthrob was captured sharing a rather awkward moment with pop star Billie Eilish at the 63rd Grammy Awards over the weekend, one you’ve no doubt seen (or experienced) countless times yourself over the last twelve months.

Eilish goes for a high-five, palm outstretched; Styles has his elbow out for the elbow-tap; the pair end up going for a cringe-inducing mix of the two with Eilish tucking her arm under his. Yikes. 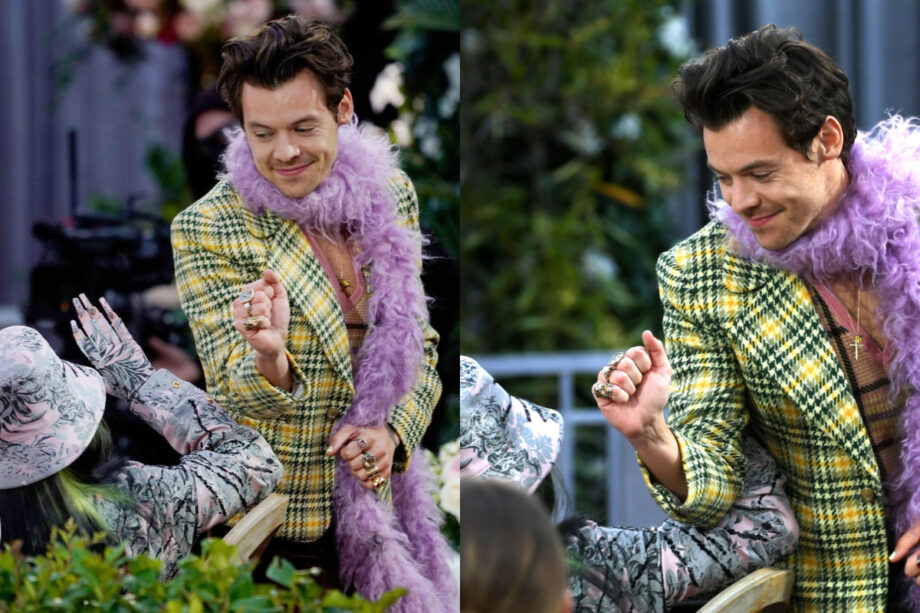 Doubling down on the awkwardness. Images: Getty

We saw virtually the same scene play out last year at the Austrian Grand Prix between Ferrari driver Charles Leclerc and one of his pit crew. Guess not even celebrities are immune from the awkward ravages of COVID-19.

RELATED: Formula One Photo Captures Awkward Problem Every Man Must Endure In 2020

Other than this brief, awkward moment, Styles was at peak form at the Grammys, treating the audience to a spirited rendition of his single Watermelon Sugar (which also won the Grammy for Best Pop Solo Performance) and impressing the paparazzi with a number of characteristically outlandish Gucci-heavy outfits. Eilish herself took home the top gong of Record of the Year for Everything I Wanted as well as the Best Song Written for Visual Media for No Time to Die, the theme song for the upcoming James Bond film of the same name. 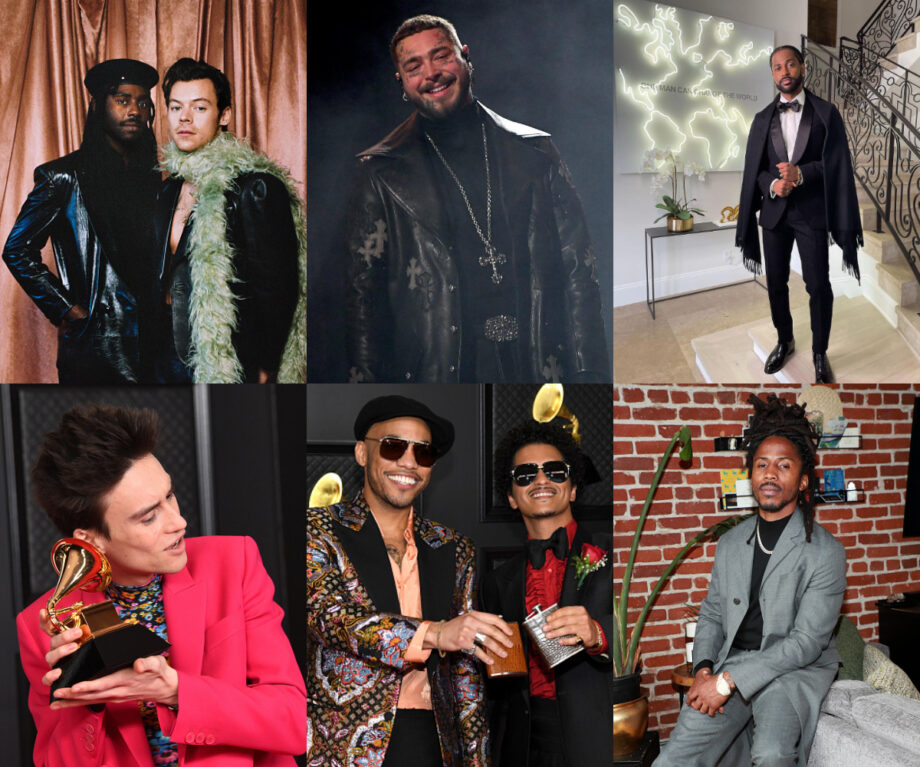 While this year’s Grammys still had a conventional ceremony, many nominees attended virtually – another result of the ongoing COVID-19 crisis. Attendees, both virtual and in-person, still got done up to the nines, the famously stylish awards not failing to disappoint.