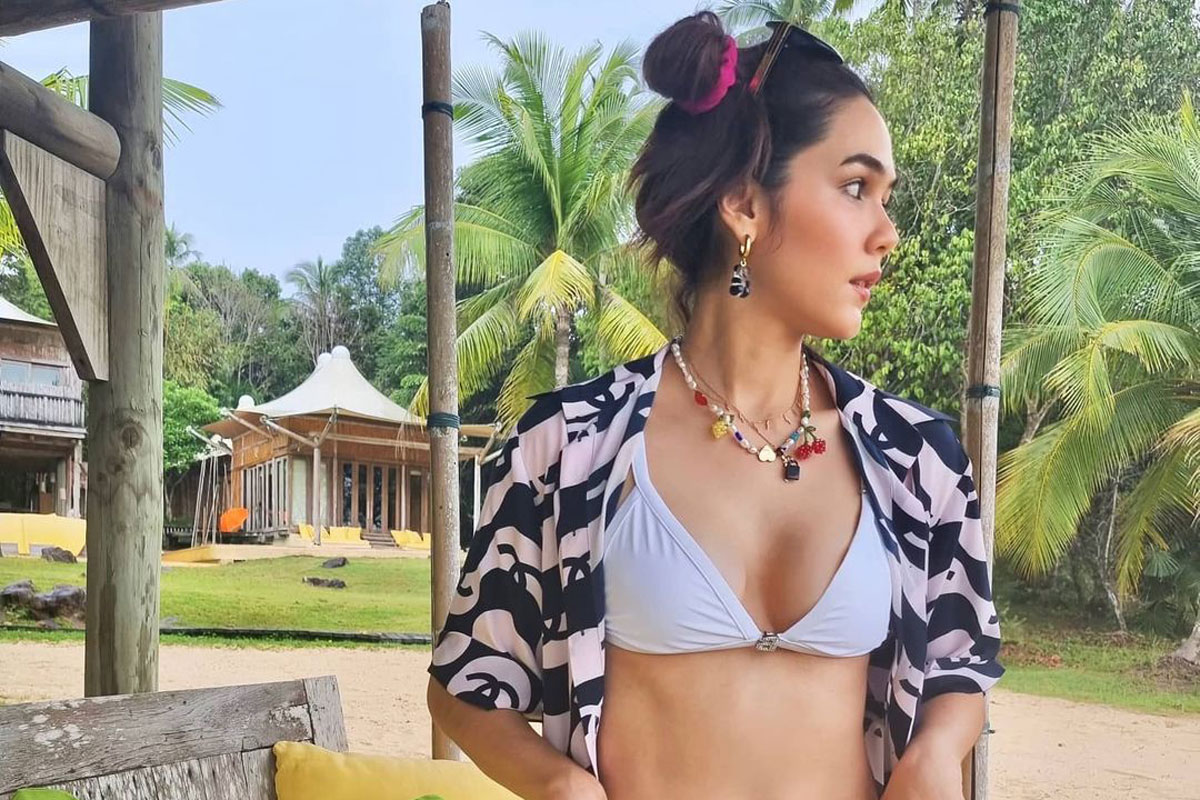 The travel shaming debate has exploded in all corners of the world in the last 12 months. From Guardian columnists claiming influencers who flaunt their rippling abs and perfectly buffed teeth to the camera “in some Dubai eyesore built by exploited workers” while claiming “actually it IS work” should be praised for uniting the country (in head shaking) to screaming tabloid attacks on those who dare to sip cocktails abroad, there are a variety of perspectives on the matter.

After the UK saw a spate of influencers jet off to Dubai, the aforementioned Guardian columnist wrote: “Why so many haters? With precious little new comedy on TV, these globetrotting workaholics are performing a public service.”

Though this remark was made with tongue glued to cheek, the point remains: there is a ~conversation~ to be had around travel right now, and fits of morality by those who would kill to be having a cocktail on a beach (“but – failing that – would settle for threatening to kill the person who is having the cocktail on the beach“) are not too helpful.

The other side of the coin has a point too: we also need to encourage human solidarity, sacrifice, and for people to do the right thing.

Enter: the latest travel shaming debate to grace our newsfeeds. Thai actress Araya Alberta Hargate (aka Chompoo) is facing criticism on Twitter for appearing to have sauntered over to Thai island Koh Kood after the date the government banned tourists following two hotel employees testing positive for coronavirus.

No tourists are allowed to visit Koh Kood at the moment.

One Twitter user @iamKohChang took to Twitter with the following: “No tourists are allowed to visit Koh Kood at the moment. Obviously, that doesn’t apply if you’re wealthy and famous…. Chompoo & family at Soneva Kiri.”

Another user asked him: “When did curfew begin? She’s already been there a few days.”

As DMARGE reported last year (when we interviewed someone who was visited by police after posting ‘throwback’ photos), it’s possible, in this instance, too, that people are working themselves into a lather over nothing.

Be that as it may, @iamKohChang responded: “The ban on tourists was from 22 April onwards. On her Instagram she was in Bangkok then, and first pic from Koh Kood, standing by the plane, was posted on 23 April.”

Another user pointed out/claimed: “Soneva Kiri has their aeroplane to bring people in from Bangkok.”

Today Line reports, “Very happy for the heroine of the soup star, the young woman… who recently wielded her husband… take a twin son… go on vacation at a popular resort in Koh Kood…How great it is to be spicy,” (translated from Thai).

KHMERLOAD reports (also translated), “However, as you know, in Thailand, there is also a strong outbreak of Kovid-19 disease. It is observed that the family of the actress above continues to travel as a family with lovely children and a husband as usual, despite the Kovid explosion, is not a problem for the picture. She did not.”

“In fact, recently, the actress posted a lot of family photos, very happy and refreshed while riding on a boat on the sea, that is, due to a trip to the sea. A Chompoo ‘s family resort in Thailand is private, with no crowds.”

In a recent article published on Vice entitled, ‘So, You Went On A Pandemic Vacay Anyway. Now Should You Instagram It?’ it was reported that Indian author Shobhaa De has said of pandemic vacay photo-sharing, “It is the height of vulgarity.”

“Enjoy Maldives by all means. You are blessed if you can get such a break in these bleak times. But do everyone a favour… keep it private.”

“You’re not only coming across as brainless but also completely blind and tone-deaf,” Iyer remarked, Vice reports. “This is not the time to boost your Instagram numbers. This is the time to step up and help or if you can’t do anything, then shut up and stay home. Or stay quiet in your holiday home… masked up. No photos. This is not fashion week or Kingfisher calendar time!”

On top of that, ethics expert Bruce Weinstein, told Vice, “Making ethical decisions involves, in part, considering the consequences of our actions… I don’t see any compelling reason [for people like me] to post the photos on social media, but there are several compelling reasons for not doing so. It would be wonderful if we all cared deeply about the good fortune our friends have that we don’t enjoy. But that’s not the world we live in.”

It should be pointed out the ‘pro vs. con’ dynamic is different for Chompoo, who is a celebrity and who makes a living off exactly this kind of exposure (where as Weinstein was talking about people like himself).

In the meantime, Koh Kood continues to look as attractive as ever…