The Covid-Free Escape We All Deserve Is Finally Ready

But will you be able to get there? 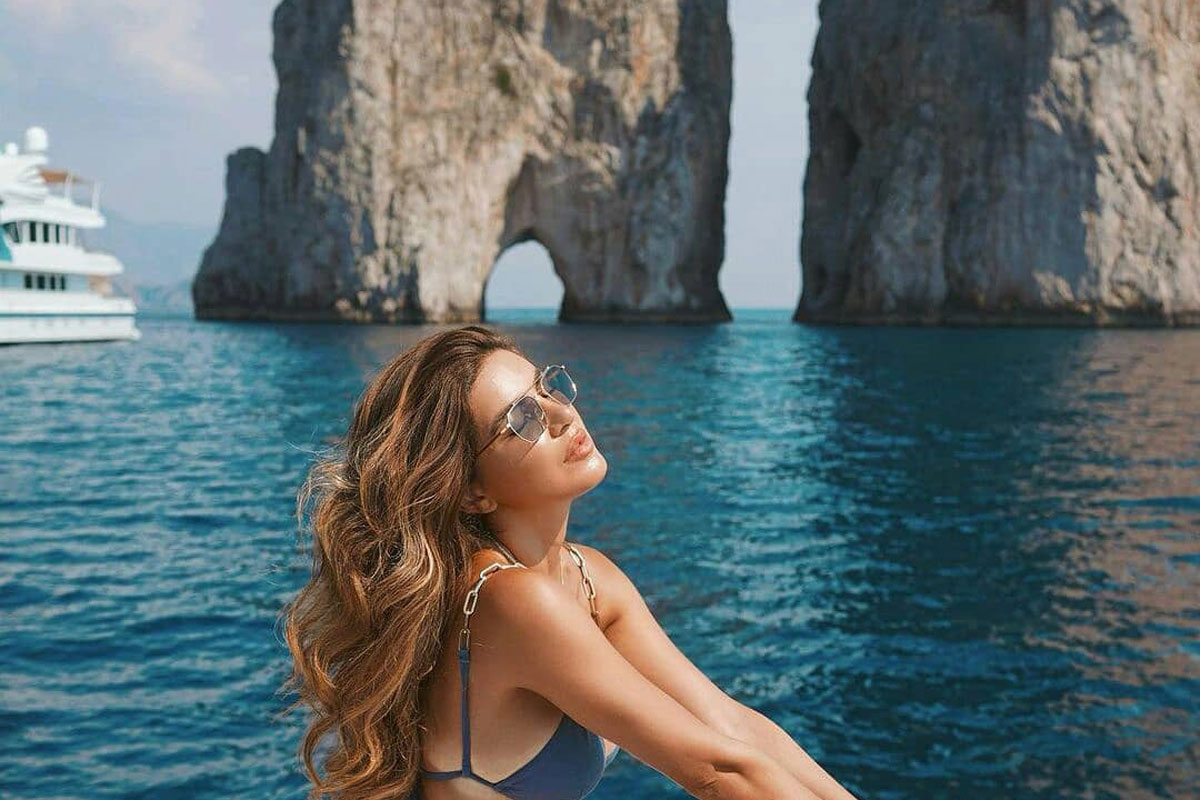 Capri is known for a lot of things. Another feather it can now add to its cap is being ‘COVID-free’.

Its mass vaccination has now been completed and the island is now sending travellers around the world into a tailspin wondering when they might be able to visit.

Underneath the heralding of the news by the likes of @amalficoast_italy (who yesterday took to Instagram to post: “Finally #capri is COVID FREE! The mass vaccination has been completed! Tag your travel buddy in comments!”) many travel fans chimed in with comments like: “Ridicoli!”, “melhor lugar do mundo” [best place in the world] and “vamos?” [let’s go?].

There were plenty of “OMG!” comments too.

Though there is hope for European residents with itchy feet to visit (and perhaps vaccinated Americans) during this northern hemisphere summer, Australians are still banned from travelling overseas at this time.

According to Matador Network, the local authorities in Capri “are now encouraging all who want to visit with the promise that the island will be free from COVID-19.”

As CNN Travel reports, “last weekend, governor of the wider Campania region, Vincenzo De Luca, announced that the vaccination program was nearly concluded, claiming that this will make the island ‘Covid-free.'”

In his announcement, De Luca reportedly said: “We are preparing to welcome millions of tourists and to prevent them from going to Spain or Greece.”

“Now… it is essential not to waste time. The hotel sector must make its decisions by May, otherwise we will lose an entire tourist season.”

The mayor of Capri, Marino Lembo, told CNN Travel that 80% of Capri’s 15,000 inhabitants have received the first dose of the vaccine.

CNN Travel also yesterday reported that by the end of this week, “all tourism sector workers who live off the island but regularly travel there, will also be vaccinated.”

Gone are the days where (former) mayor Giovanni De Martino would tell media, “We welcome tourists but two million a year is bit too much” and where in peak summer up to 15,000 visitors would arrive each day putting stress and strain on the island and overcrowding its grottos.

Capri will likely look to get back to, if not this, something approaching it (at least in terms of demand), given tourism is a crucial cornerstone of its economy. Tourism accounts for 13% of Italy’s GDP.

CNN Travel reports that, “Currently, all visitors to Italy must quarantine for a minimum of five days, but with the pass, self-isolation would be waived for vaccinated travelers and those who have had Covid-19 in the past six months.”

DMARGE recently interviewed some tourists who have visited some of Italy’s other ‘Covid-free’ islands in the past.

Luana Rigolli, a freelance photographer who lives in Rome, Italy, told DMARGE (about Linosa): “Will [Covid-19] make locals more suspicious of strangers or more grateful for tourism? This is a good question. I can bring you the specific case of Linosa.”

“Last year in June, when the strongest phase of the lockdown was over, I witnessed the debate of the inhabitants of Linosa who were wondering whether to accept tourists for the summer season or whether it was the case to ‘close’ the island.”

“Many elderly people live on the island, and there have been no cases of contagion, fortunately, thanks to the particular isolation of the island. Contagions that would have created a lot of damage, due to the absence of hospitals on the island and the remoteness of the mainland.”

“So it was natural that the inhabitants asked themselves this question: to save the safety of the islanders at the expense of the income guaranteed by tourists (tourism is the main source of income in Linosa), or to open to save the season and hope for the best. Fortunately (for us tourists) the islanders have chosen the second line, obviously respecting all the anti-contagion rules provided for by the regulations.”

“There was an initial distrust of strangers, but then the sense of welcome prevailed.”

“Before deciding to return to Linosa for summer 2020, I myself had numerous scruples, as I would never, ever accept being a possible source of contagion on that island that I love very much.”

“The initial sense of mistrust did not spare even the boys from Linosa who live in Sicily or in the rest of Italy for work or study. Back on the island, they were subjected to swabs and quarantines, to avoid any possibility of contagion.”