Can this newly discovered bacterium really help you lose weight? We interview a nutritionist to find out. 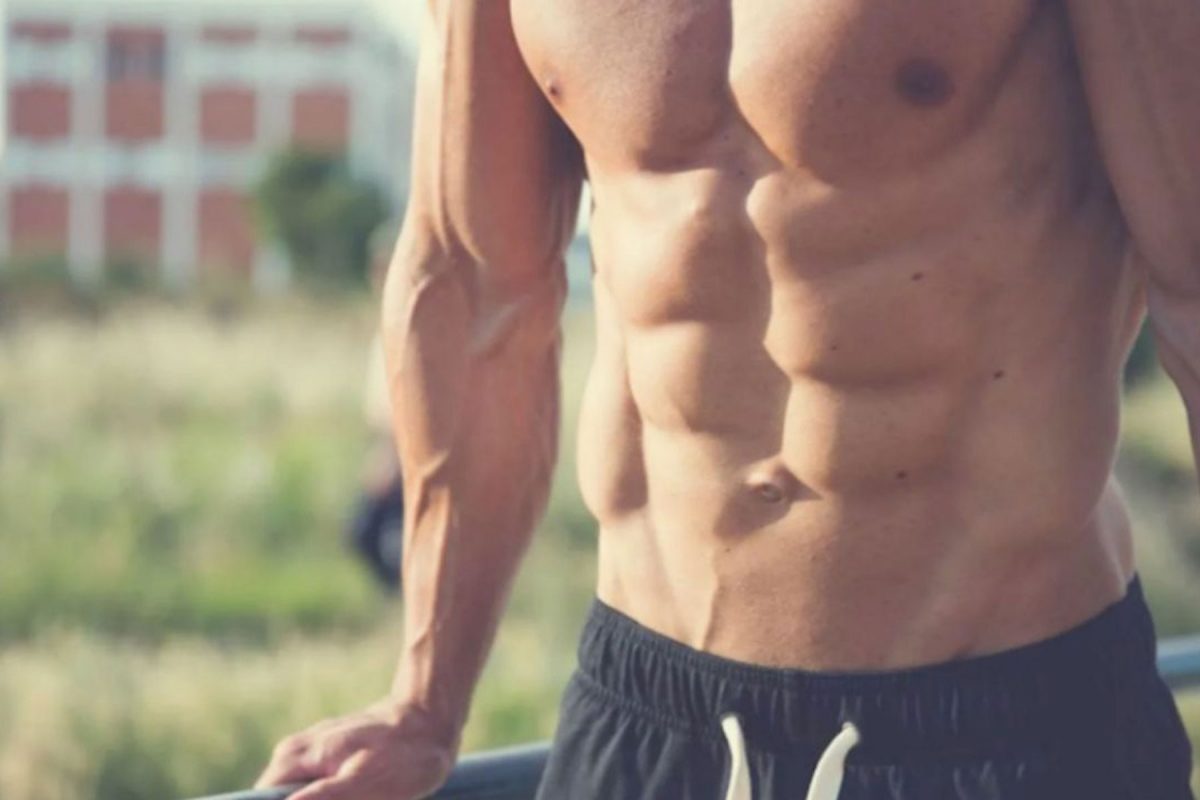 For anyone wishing to lose weight, a huge obstacle is to find a method that not only works, but one that sticks. According to the World Health Organisation, some 13% of the adult population were classified as obese in 2016, meaning they had a BMI (Body Mass Index) of 30 or higher. Expect this percentage to have increased slightly in the previous five years.

While we’re always told that changing our diet and exercising are the two most effective ways to shed fat, either by putting ourselves into a calorie deficit, or even doing some strength training to increase muscle mass – which aids in the fight against fat loss – at the end of the day, it can be difficult to stick to a routine and summon the motivation or dedication.

This is why health food stores and supermarket shelves are often stocked with products all promising to help you lose weight, simply by taking a pill or drinking a ‘specially formulated’ milkshake. However, these products seldom provide lasting change and can often be subject to some genius (read: manipulative) marketing campaigns. And after all, we live in a society where convenience is king, so if we can take a pill over running 10km everyday to lose weight claims to offer the same results, it’s no wonder the weight loss product industry is a booming business.

“We are constantly bombarded with the latest magical fruit or extract, amino acid and vitamins that guarantees to speed up our metabolism and have the fat just melt away.”

“The majority of these are selling due to their ability to target those of us who have genuine weight-loss struggles. Any effectiveness that they might claim is more likely due to the fact that supplements are taken at the same time that diet and exercise modifications are made.”

So, what if there was a naturally produced gut bacteria that could help you burn fat? It sounds almost too good to be true (and in reality, it probably is), but a new study has got tongues wagging all about it.

Health-hacker Dave Asprey recently shared the study, conducted by The Science Times, to Instagram. The study found the bacteria, known as Subdoligranulum, was “nearly absent in obese and diabetic people while found in healthy individuals.”

“This new research is groundbreaking because people who are fat or prediabetic (like I used to be) don’t have this newly discovered type of bacteria called dysosmobacter welbionis,” Asprey writes.

“What’s cool about it is that in addition to making butyrate, it causes your body to grow new mitochondria. That’s huge!”

“It’s not available in supplement form, so for now, your best bet is a heavy make-out session with someone who’s really healthy so they can share bacteria with you.”

Asprey then wonders “if this is why fecal transplants work?”

The findings came as a result of a research study conducted by Patrice Cani of the  University of Louvain in Belgium, who concluded that this “bacterium is the only cultivated strain of this bacterial family that exists, the only identified member of a large family.”

It was called Dysosmobacter welbionis, and after studying its effects in mice at great lengths, researchers found “the bacteria increased the number of mitochondria, and thus, decreased weight and sugar levels, on top of exerting strong anti-inflammatory effects.”

While Asprey says it’s “not available in supplement form,” its discovery could potentially lead to such supplements existing. But would it actually allow us to lose weight?

Madeline doubts it. In fact, it’s probably more a symptom of being healthy, rather than a (good) way to become healthy.

“Dysomobacter welbionis is what is known as a commensal bacteria – it is a bacteria that we would simply classify as a ‘good’ bacteria as it appears to offer a benefit to us simply by being in our gut.”

“The study of this bacteria has shown that it can increase mitochondrial function (mitochondria are your energy power cells) and prevent obesity and metabolic disorders in mice.”

“When it comes to weight loss, it is impossible to lose weight simply by taking a supplement and not adjusting any other factors to your life.”

“There are many reasons why people gain (and are subsequently unable to) lose weight, and it is a complex process that occurs in the body.” 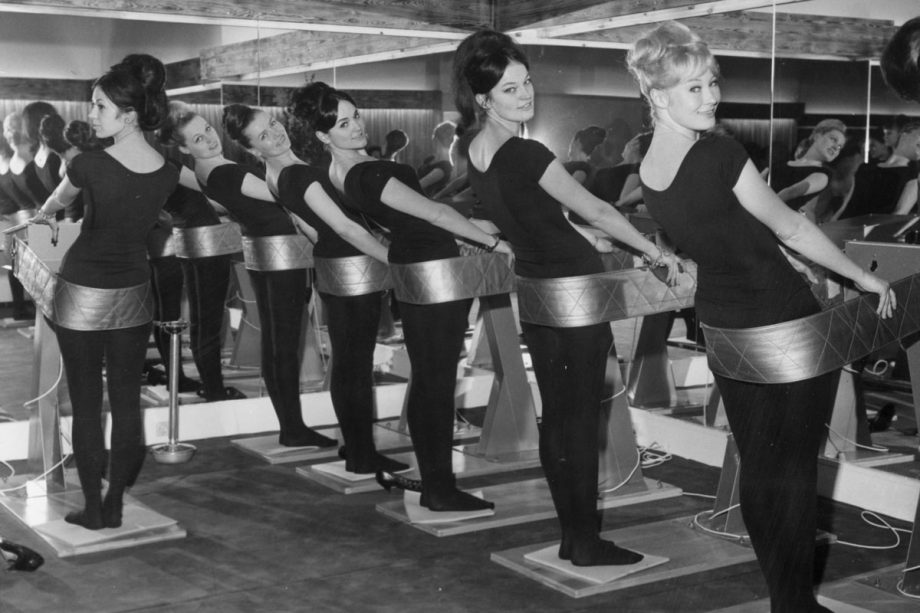 People have tried weird and wacky ways to lose weight ever since the 1960s (and probably much longer). In this image members of the Bluebell Dancing troop demonstrate how to use hip slimming machines in a Paris beauty parlour. (Photo by Keystone/Getty Images)

“There are many factors that may be involved ranging from the obvious poor diet choices through to looking at chronically increased inflammation and adrenal function, hormone dysfunction and genetic variances, as well as lifestyle choices,” Madeleine adds.

“Especially in the current pandemic climate, more of us are living a sedentary lifestyle and are simply not moving our bodies which slows down our metabolic requirements.”

“Having Dysomobacter welbionis available as a supplement could provide some positive outcomes to weight loss, but it would need to be in conjunction with a change in lifestyle and diet, just like weight-loss surgery requires a change in diet and lifestyle.”

Speaking of the diet supplements currently available, Madeline adds, “supplements such as acetyl L-carnitine, an amino acid that helps to transport fatty acids to your mitochondria to produce energy – which essentially helps your body to burn fat – still need to be taken in conjunction with exercise and dietary modifications.”

At the end of the day, doing things naturally is always the best idea.

“They also ideally need to be taken in conjunction with a health professional to ensure it is being used correctly – too much can cause side effects such as an increase in blood pressure, headaches, trouble sleeping, diarrhoea, stomach pain, nausea and vomiting to name a few.”

“There are are few practitioner-only brands of supplements that are designed to help stimulate metabolism and help the body to increase its ability to burn fat for energy”, she adds.

“Some will also target adrenals as well, as it has been known that chronically elevated adrenal hormones can impede fat loss. But these are always in conjunction with dietary and lifestyle changes.”

“A practitioner can give you all the nutritional support you like, but none of that will change if you don’t put the milkshake down and get up and move.”

So, to answer the question – is there really a gut bacteria that can make you thinner? – the answer is a sort-of yes.

Researching the dark matter of the intestine can have its benefits, but rather than wait for some bizarre bacterium to become available in supplement form, it’s a better idea to change your diet, start exercising and allow your body may start producing the good stuff of its own accord.

In other words: there are still no shortcuts. But don’t despair: if you’re after motivation, look no further than this David Goggins video.