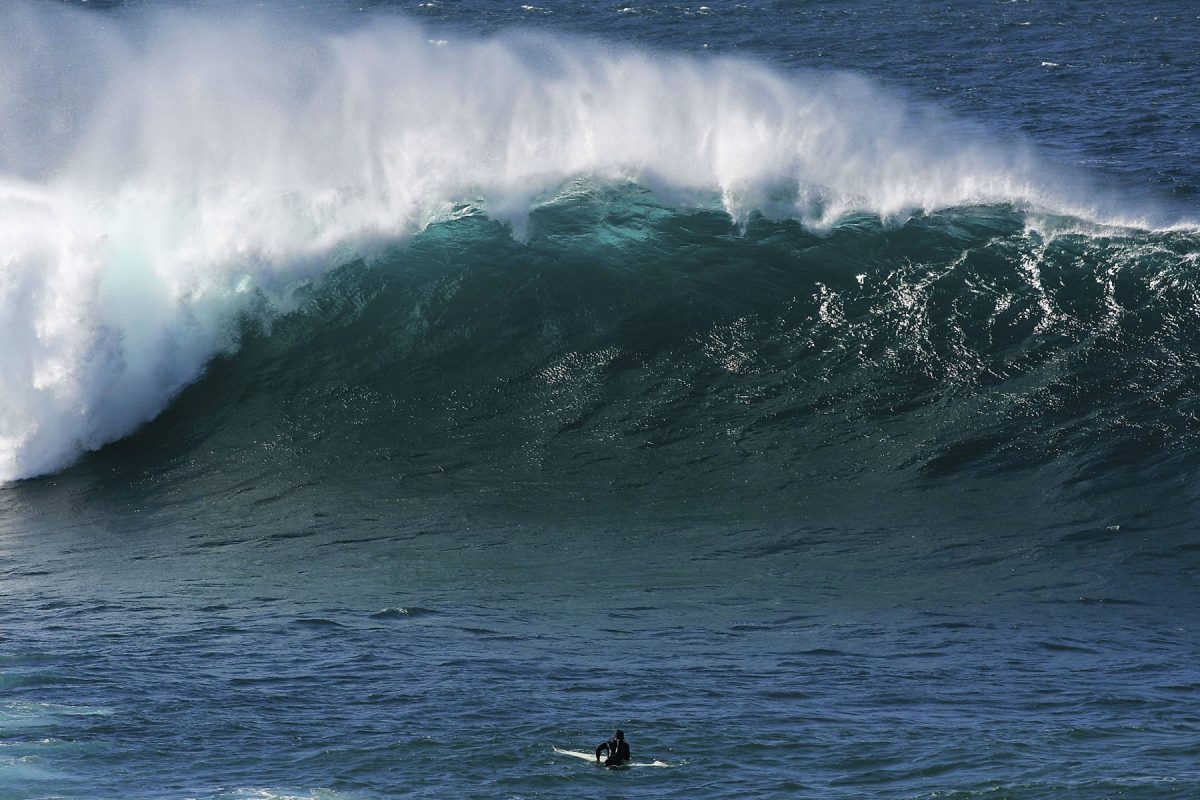 The last gasp? As Sydney was hit by what could be this winter’s last major swell, surfers today filled their boots (and not just with nervous pee).

Videos on social media show daredevils taking on the waves all over. From surfers jumping off the rocks at Bronte pool to ‘goat boats’ screaming down large walls of water at Coogee’s Wedding Cake Island (which was looking, arguably, less like a burger than it’s ever looked), to Queenscliff and Long Reef coming alive, there was action all around.

Magic Seaweed puts the open ocean swell at 25ft at 13 seconds, from the SSW. This translated to waves with faces of everything from 2ft (in protected corners) to four times overhead at exposed reefs.

The likes of @saltyseadog.sydney, @hotndelicious, @atdusk, gfunk_ and more were on hand to capture the action.

A big call. The analogy isn’t too far off though. Though Wedding Cake doesn’t get anywhere near as big as Nazaré (one of the world’s most renowned ‘big wave’ spots), both Nazaré and Wedding Cake have been accused of being ‘burgers’ (one of the rudest insults a surfer can throw at a wave, and also something, in the case of ‘big burgers,’ usually only thrown by those who haven’t surfed the place).

As big wave surfer Kai Lenny discussed with DMARGE earlier this year, these kinds of waves can still be very difficult and dangerous to surf – they just have different challenges.

Anyway… Photos by @maccasphotos show the swell well and truly made it into Cronulla too.

There were even some quirky corners of Sydney harbour that saw some action.

With the 5km lockdown rule in effect, there was a sense of local communities coming together rather than running off all over the place to chase the swell.

As surf journalist Nick Carroll wrote last year in Surfing World issue 412, “In a normal year many of the core crew would have scattered on their various missions on or off the grid, hunting surf, or work, or some combination of the two.”

With lockdowns having come back this year with a vengeance, the same sentiment seems to be in effect right now – as does the trend for more and more ‘normal’ surfers to be buying gun surfboards and testing themselves in deep water waves.

The only place we’ve seen suspiciously little footage of today is Deadmans, where what was described as the best wave ever ridden in Sydney was ridden, under somewhat similar swell conditions as today’s, last year.

Maybe it wasn’t that similar after all? Instagram will probably enlighten us tomorrow.

In any case, we’ll stay cosy and warm inside for now though, thanks very much.