World’s Most Desirable Lamborghini Pops Up For Sale In Queensland

Forget the new Countach; check out this old one. 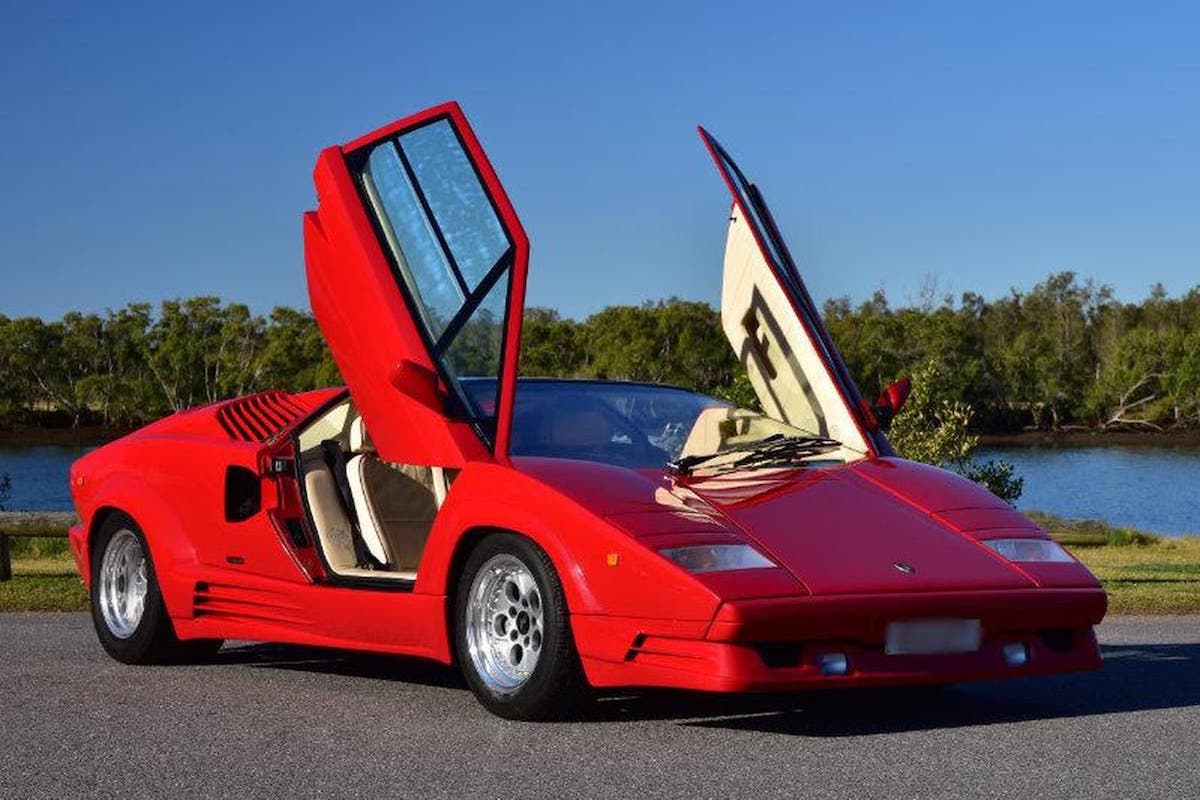 Lamborghini is the ‘bedroom poster’ brand. Ferraris and Mercs and Aston Martins might all be great but there’s simply no other marque that has the same sort of stylistic, dramatic flair that Lamborghini has. And their most radical, most exceptional design ever has to be the Countach.

Produced from 1974 to 1990 and named after a Piedmontese swear word, the wedge-shaped supercar remains one of the most distinctive pieces of industrial design ever devised. It’s the sort of bonkers, aggressively bizarre car that carmakers just don’t really make anymore.

Lamborghini recently made headlines with their announcement that they’re reviving the Countach name for a limited-production hybrid-electric model called the Countach LPI 800-4. While the new model shares much of the original’s visual cues and is even powered by a later iteration of the venerable Lamborghini V12 found in the original (albeit with a much bigger displacement and accompanied by an electric motor), many revheads are calling the new Countach ‘not a real Countach’.

We’re not here to dive into that debate. What we are here to do is highlight an incredibly rare and virtually pristine example of an original Countach that’s on sale in Australia right now: one that comes with an interesting backstory and that might just be the most desirable Countach in the world. 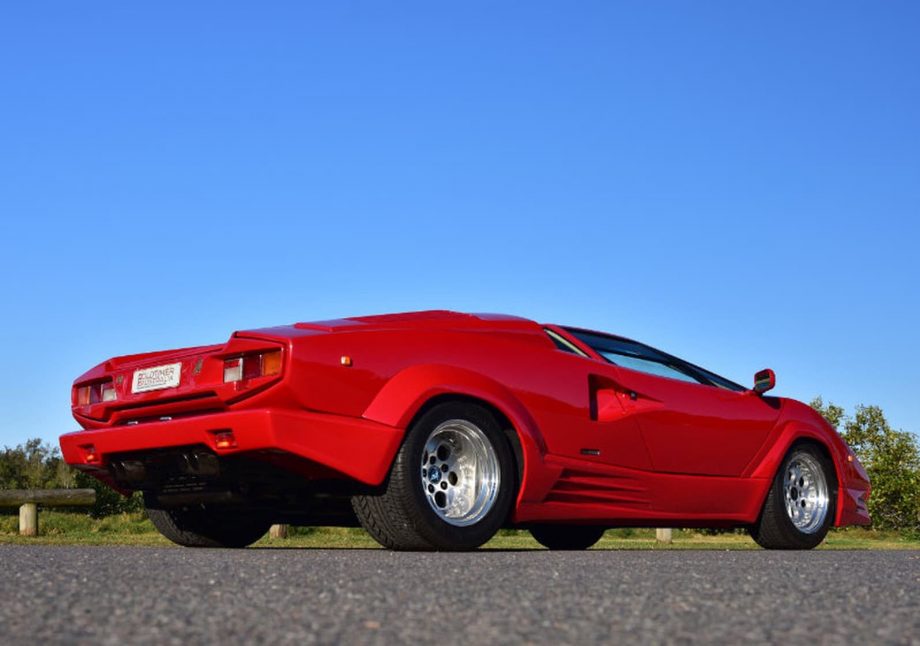 A top-flight 25th Anniversary Edition model from the final year of production, this rosso example with panna interior, despite its low mileage, has had a hell of a journey before making its way to Brisbane, where it’s currently on sale.

“This Lamborghini Countach was destined for the Australian market, however, at the very last moment it was diverted to Brunei where it became part of the Royal family’s private collection,” seller Oldtimer Australia relates.

“Due to the secrecy surrounding the royal family in Brunei, not much is known about the car’s early history, however, it is fair to say the car was sparingly used if at all…

“The car was gifted to a close friend of the royal family who first registered it on the 18th December 1997 as BAC4902. There are records on file showing the car remained registered in Brunei until 2004. The car then ended up in a storage facility and unfortunately it wasn’t well looked after.”

The Sultan of Brunei and his family used to own one of the most lavish private car collections on the planet, with over 2,500 vehicles worth billions of dollars. The Sultan seems to have had a particular interest in Lambos: he also used to own the only ever ‘estate’ version of the famous Lamborghini LM002 SUV, better known as the ‘Rambo Lambo’.

RELATED: World’s Coolest Classic 4WDs You Could Ever Own 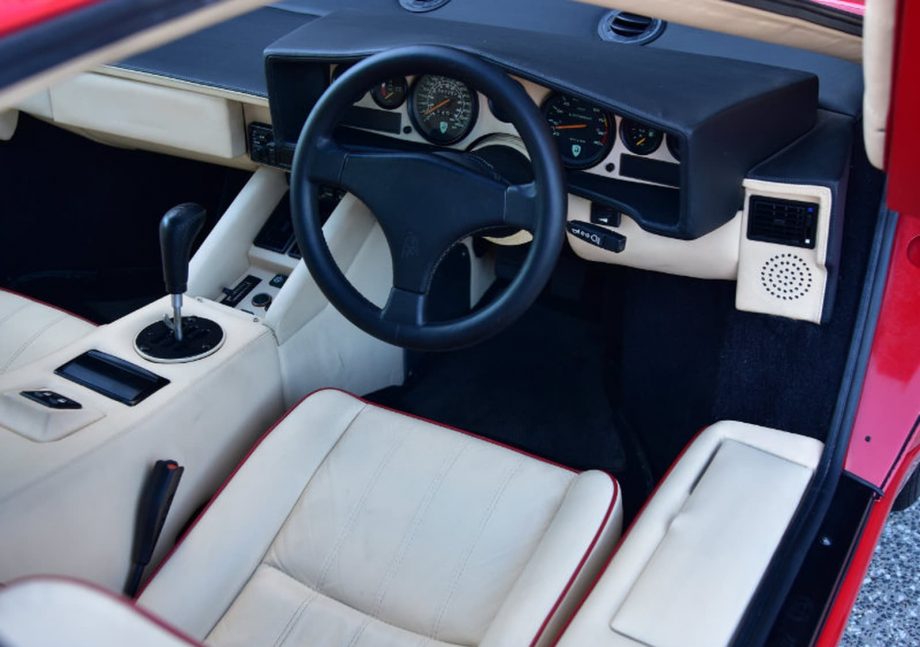 The definition of clean. The Countach’s interior is a cool place to be, but the car’s steeply raked windscreen, wide stance and poor visibility make it a really difficult car to drive. But who cares? It’s a Countach. Image: Oldtimer Australia

“The owner then started the journey to completely restore this Countach to its former glory,” the seller continues. A Lamborghini enthusiast and former Lamborghini employee, no expense was spared reviving the classic supercar.

“The photos on file show this was by no means an easy project. When the car was dismantled it became apparent the long-time storage in Brunei had not done it any favours.”

“The Countach body is mounted on a complex space frame chassis that is prone to rust. It was immediately apparent that this car had some rust in the chassis so the body was removed and the chassis restored.”

As well as a complete cosmetic restoration both externally and internally, “the car was totally stripped mechanically and everything was rebuilt as required… Everything was stripped, new gaskets & seals were used throughout and all ancillaries were overhauled.”

The restoration speaks for itself. The car looks essentially brand-new: even the engine bay looks good enough to eat out of. In short, it’s one of the nicest examples of the best production Countach ever made and it’s just so unbelievably cool that we’re salivating just at the thought of it. Mamma mia… 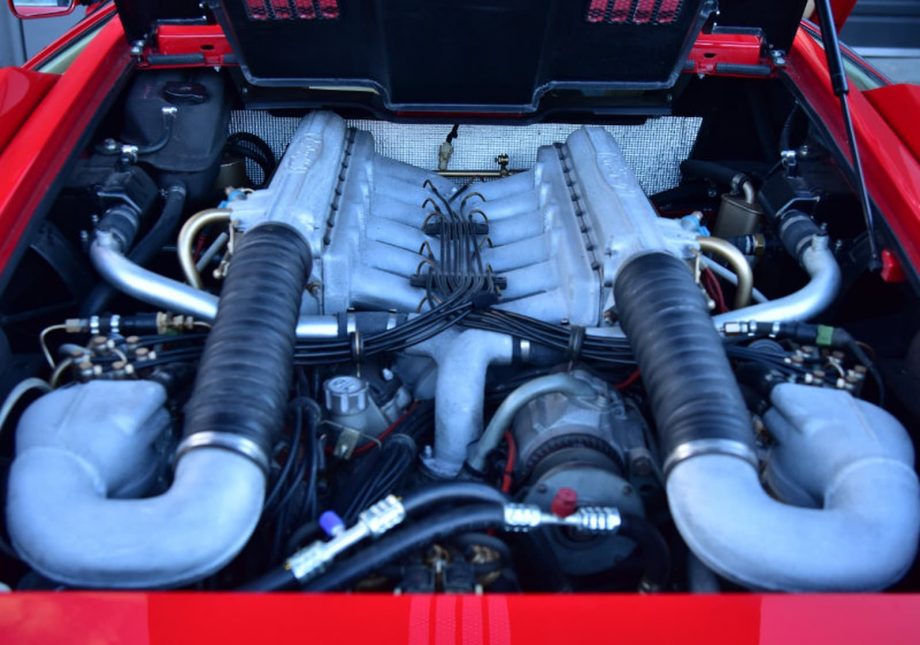 The 25th Anniversary Edition was the fastest variant of the Lamborghini Countach, boasting a fuel-injected 5.2L V12 good for 335kW, a 0-100km/h time of 4.8 seconds and a top speed of 295 km/h. Image: Oldtimer Australia

Out of a total production run of 1,983, only 67 Countaches were ever made in right-hand drive, and only a fraction of those have ever made their way Down Under; none with this combination of exterior and interior, and certainly none with quite as interesting of a backstory.

The price? 629,950 of your finest Aussie dollars. Hardly cheap, but what Lamborghini is? Consider this, too: Lambo’s current V12 flagship supercar, the Aventador, starts at $789,425, and as cool as the Aventador is, this Countach is cooler. Even more pertinently, the new Countach LPI 800-4 is selling for just under $3.6 million. Why pay more for the homage when you could just get the real thing?

Check out this truly unique vehicle on Oldtimer Australia’s website or on Carsales.