Other than possibly children, a car or a luxury watch, a beard is something a man can take great pride in. Being able to sprout a thick mane of facial hair and to keep it looking tidy can not only completely transform a man’s look, but it becomes a hobby and something that requires regular maintenance.

Sorry, by the way, to any guys reading this who don’t rock such follicular prowess.

Yet, we understand if guys feel a little too metrosexual investing in skincare products designed specifically for a beard, such as a beard oil. Moustache wax gets a similarly bad rep, despite the fact that both of these two products are absolutely key in keeping your beloved facial hair in check (and more importantly, healthy) should you decide to have a proper crack at growing a beard.

The hair on your jawline is as important as the hair on the top of your head, so you may as well treat it with a little more respect. Here’s how.

What Is Beard Oil? 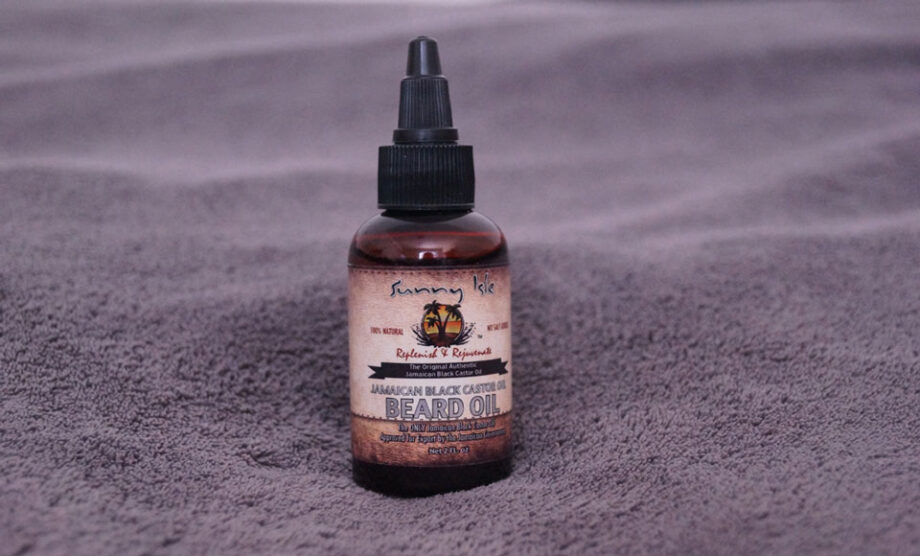 You’ve almost certainly heard of beard oil before but you might not know exactly what it is, what it does or why you need it. Well, let us enlighten you.

Beard oil essentially acts as a leave-in conditioner for your beard, moustache and the skin underneath your facial hair as well. Most beard oils are made from natural oils that have long been used for moisturising and conditioning purposes, such as jojoba oil, argan oil, grape seed oil and coconut oil, which are used to essentially replicate the natural oils your skin produces.

They’re also occasionally given a (usually) masculine scent (unscented versions are available too) and can effectively replace an aftershave or cologne.

What Does Beard Oil Do? 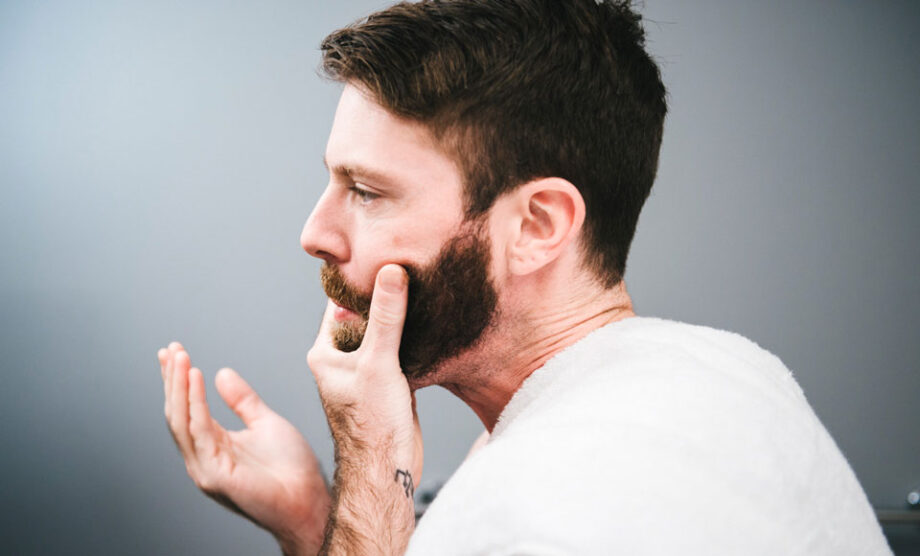 “A beard oil is just the same as a moisturiser then?” you may be thinking, and in a way, yes a beard oil does act in a similar fashion. However, if you’re serious about growing a damn fine burly beard, we strongly recommend you look into beard oils as they have myriad benefits over a run of the mill moisturiser.

Beard hairs are thinner and wispier than the hairs on your head, making them much more prone to dryness and damage from day-to-day exposure to the elements (especially in cold winters). Beard oil helps to combat such factors by nourishing your facial fuzz in the same way conditioner does your hair.

Not only does this help to keep it feeling softer to the touch, but oil also has your beard looking more full, healthy and luscious. Yes, luscious is a word that can’t just be applied to long hairstyles.

Your scalp is much tough than the skin around your face, and as anyone who’s tried to grow a beard will passionately tell you, it can get bloody irritating after a while.

Beards and moustaches tend to suck the moisture out of your face like nothing else, and once you go past a certain length, no amount of moisturiser will help the inevitable itch that every avid beardsman must endure.

Beard oil can help this, not only softening the hairs meeting your face, but leaving a moisturising layer of oil on the skin below to soothe it. They’ll make the inevitable itchy phase a whole lot more endurable.

And don’t think it’s just the guys who are sporting full bearded manes that need to use beard oil, and guys who just rock some stubble and the 5 o’clock shadow can benefit from it as well because oil will still work to keep the skin underneath the stubble moisturised.

Beard oil also generally smells f*cking awesome, making it a great, subtle alternative to cologne if you don’t want to get Eau de Parfum all up in your whiskers.

So now you (hopefully) understand the benefits to using a beard oil, it’s time to head out and buy some for yourself. But which brands should you be looking out for?

Once again, we here at DMARGE are more than happy to come to your aid. These are some of the best beard oil brands around. 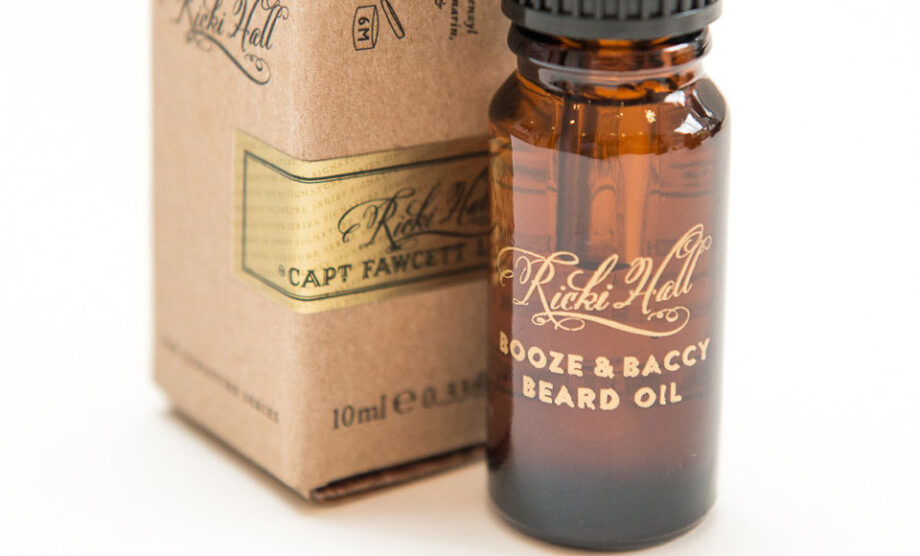 Named after a 1905 Edwardian explorer whose journals filled with detailed lists of exotic grooming ingredients were found some 90 years later, Captain Fawcett is one of the true advocates not just of beard and moustache care, but of men’s grooming as a whole.

Products bearing the Captain’s name can err on the more expensive side of men’s grooming, but the products you get in return are some of the absolute best in the business. It’s with this in mind that Captain Fawcett has collaborated with some of the most famous beards in the business, including Jimmy Niggles and Ricki Hall, and it’s the Ricki Hall’s Booze & Baccy Beard Oil that we particularly love.

You’ll be hard pushed to find a more masculine scent than the combination of honeyed tobacco leaves, vanilla bean and woody oak moss. 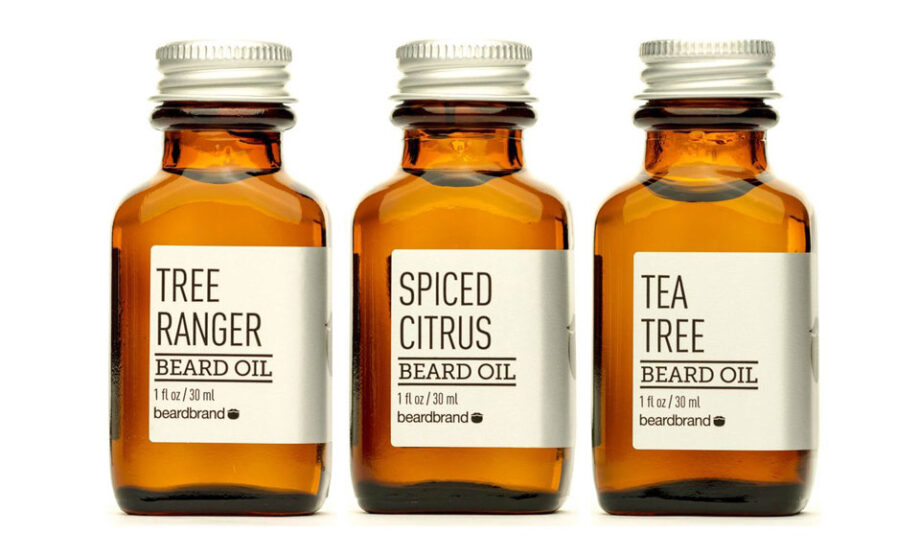 You can’t get more beard-orientated grooming products than from a brand called Beardbrand. Initially founded as a way to unite a community of bearded men, with blogs and a YouTube channel, Beardbrand eventually became so big that it was impossible not to develop a product line. And with such love and passion for all things beards being put into it by founded Eric Bandholz, the resultant line of beard-related products are some of the most premia around.

Unfortunately for Australians, Beardbrand isn’t the easiest to track down Down Under, but find yourself a retailer and stock up on beard oils, beard washes, shampoos, cologne and practically any other male grooming product you can think of. 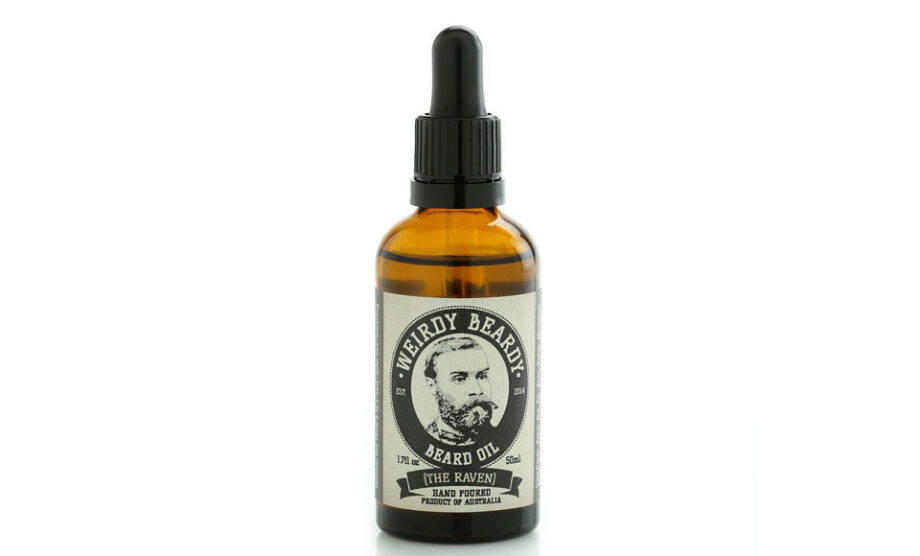 Moving onto an Australian brand in Weirdy Beardy. Founded by Benjamin Beardy, who in 1969 visited his ancestral home of Scotland and happened upon a range of hair tonics and oils that played remarkably well with his beard. Detouring via California on his way back to Australia, Benjamin came up with the idea of creating a beard and grooming brand all of his own.

Recognising that the Australian heat can wreak havoc on men’s facial hair, Benjamin had to formulate some exceptional oils to help fight the effects and since he was the only man for some distance who used them, his local pub dubbed him ‘Weirdy’ and thus the brand name was born.

Weirdy Beardy products all focus on beards and moustaches, and with a range of scents available to choose from, finding a suitably masculine one for you will be easy. 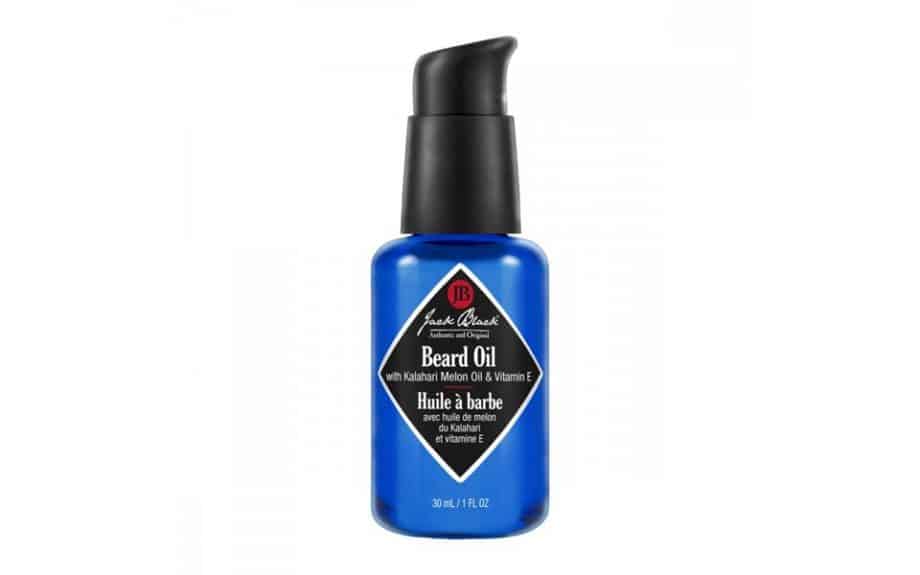 Realising that some 20 years ago guys didn’t have great access to a luxurious grooming range they could call their own, Jack Black was founded to provide them with a range of products that would facilitate the needs of the modern man. The brand has since become one of the best-selling men’s skincare brands in the world with the company’s beard oil also being widely regarded as one of the best in the business.

Made from a range of natural oils and vitamins to help prevent dry skin, the Jack Black beard oil promotes a well-hydrated beard with just the right amount of shine. 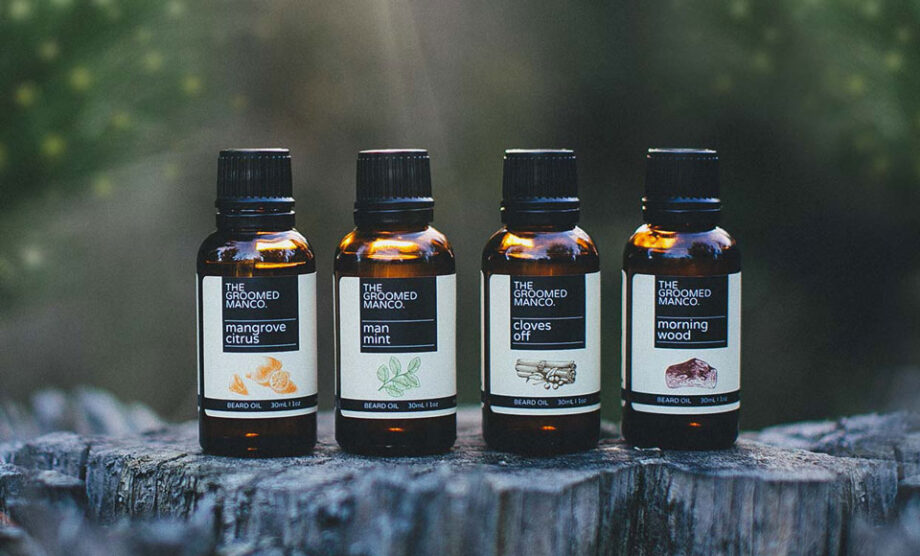 Founded in Melbourne by Daniel Mahoney, TheGroomedManCo. was born to combat a serious lack of locally-produced, quality grooming products for men and their beards. The brand lays claim to being the “only beard oil in Australia to use pure botanical oils in their purest form”, which include argan, jojoba and sweet almond oils to help your beard soft and sumptuous.

Along with this, in true Aussie fashion, Daniel’s brand injects some humour into the naming of its scents, which include such niceties as Morning Wood and Cloves Off. 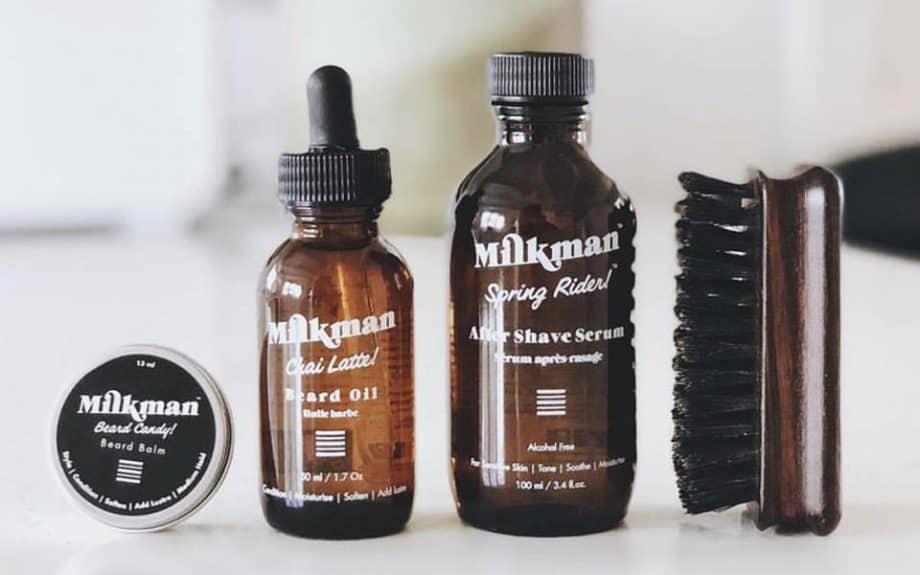 Dedicated to catering to all the facial care needs of the modern man, Milkman Grooming Co is also acutely aware that different guys will rock different styles from different eras, whether it be rockabilly, a preacher of all things Chaplin, or simply the modern man about town who just looks good with a bit of stubble.

All products are made in Australia using local ingredients and not only does the company produce an extensive range of oils and shaving gels, but it also has a comprehensive range of scissors, combs, brushes and bags, meaning sculpting your perfect bit will be a piece of cake.

How do I use beard oil?

The beauty of beard oil is in its simplicity. After giving your beard a good wash (you can use face wash or shampoo, but more gentle beard wash is available), simply rub 4 or 5 drops of the oil through your beard with your fingertips, combing after to ensure even application. Voila.

Sorry, no. Beard oil will make the hair that does grow on your face much healthier, but the speed at which your beard grows is pretty much down to your genetics alone.

What is beard balm?

Beard Balm is essentially beard oil if it were turned into a moisturiser. Instead of coming oil through your beard, beard balm takes a more classic, moisturiser-like approach to things, allowing you to work it into your beard hair and surrounding skin.

Beard balm also sometimes has a slightly firmer hold than normal beard oil, which makes it great for those looking to control longer, unruly beards or short, scraggly beards that have more flyaways.