Guys, the hard truth today is you will find yourself pretty much hung up to dry if you don’t arm yourself with some of the best condoms around.

Many men will find an excuse wherever possible not to wear one, but the truth is the condom has been the saving grace for just about every male having sex since the 1970s. They allow us to enjoy intercourse whilst reducing the risk of infections, viruses and unwanted pregnancies.

Now let’s take a closer look at the best condoms on the market right now. 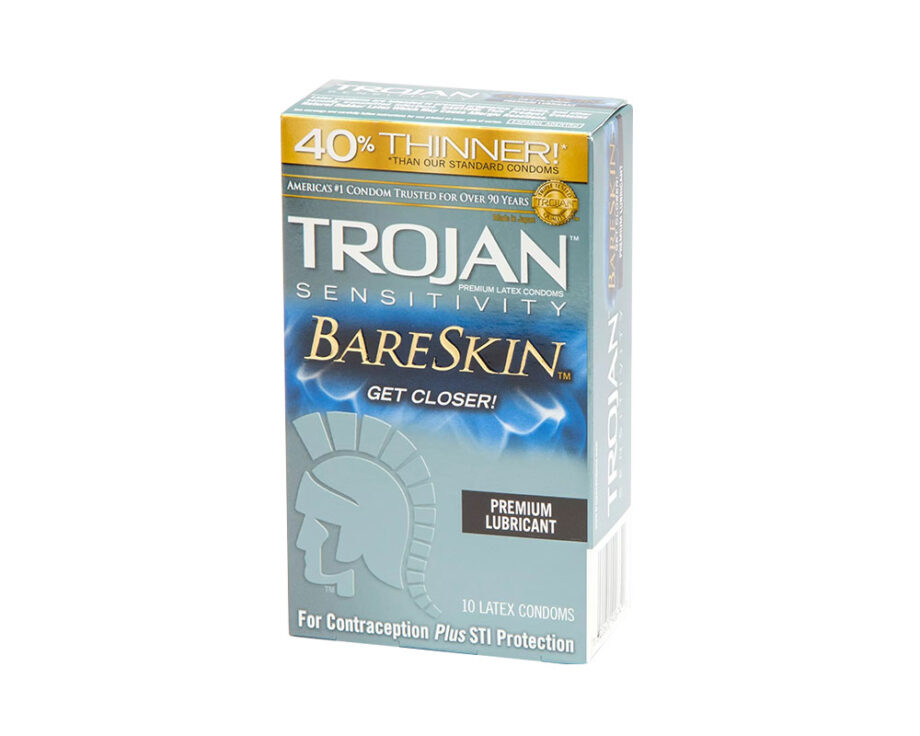 Trojan condoms first came to the US market all the way back in 1920 as a bit of a by-product for a pharmaceutical company. Move forward to 2021 and they continue to be a manufacturer condoms, with over 40 varieties. The BareSkin is one of their best modern-day sellers thanks to the fact that it is 40% thinner than their standard condoms, getting you closer to your partner while still benefiting from total protection.
Shop Now 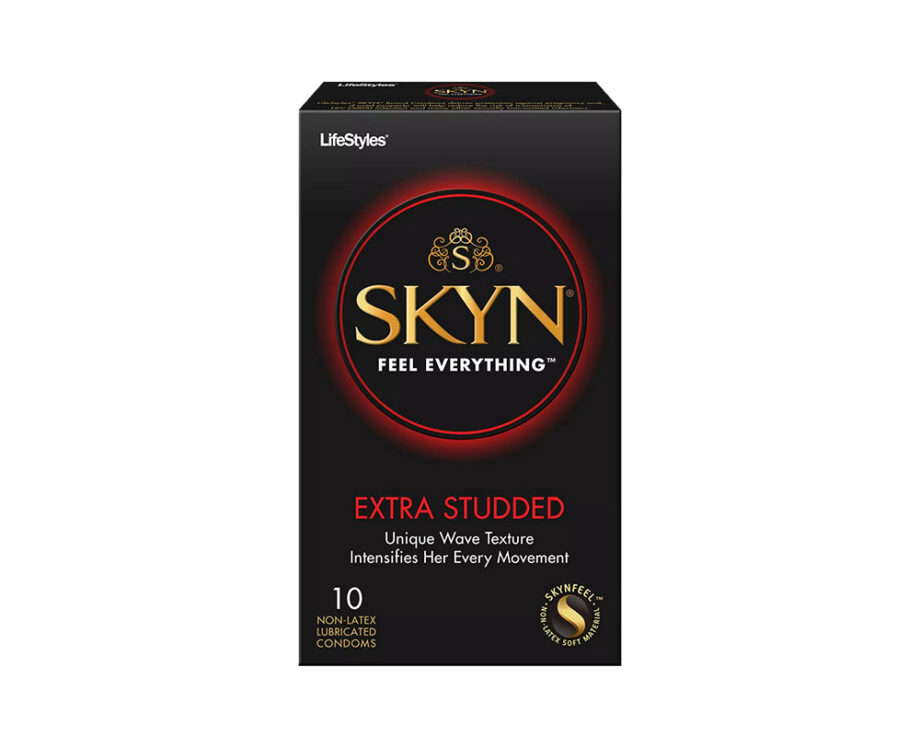 Lifestyles was founded in 1905 when a certain Aussie by the name of Eric Ansell started making condoms out of his home town of Richmond. These days the company’s SKYN range is seen as offering great quality condoms, and have taken the world by storm thanks to textures that intensify your sexual experience. They are also made with anti-allergic latex – because latex allergies do unfortunately exist – so you only need to worry about pleasure!
Shop Now 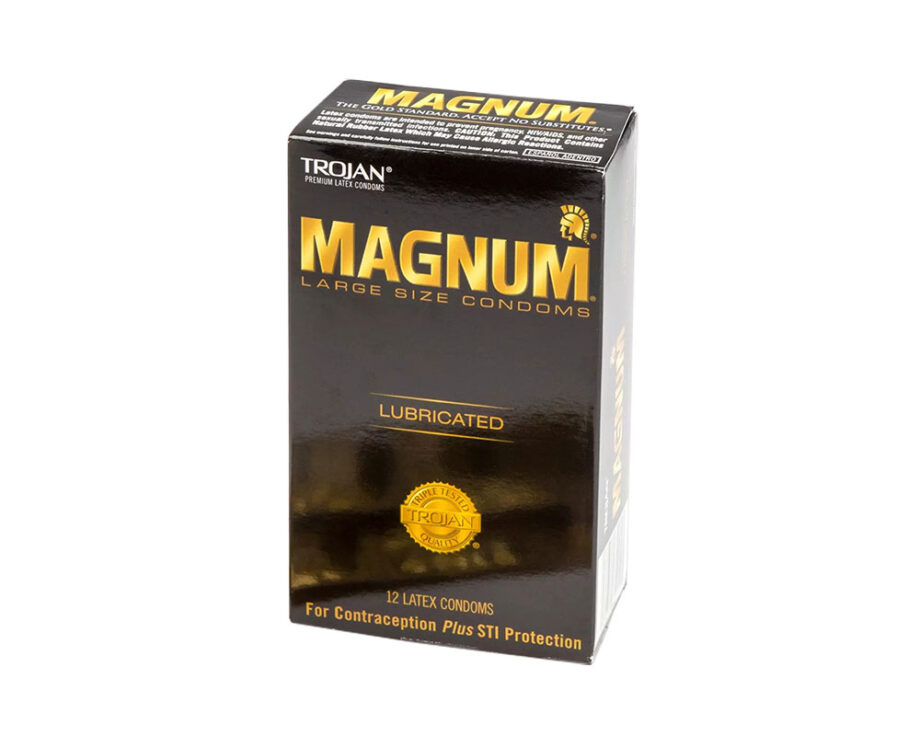 If you’re packing a large loaf in your bread-basket then Trojan has developed this rather practical Magnum design. They’re a lot larger than your average size condom and tapered at the end for added confidence. The is one of biggest condoms for the lucky guys among us with up to 8 inches in length and a good bit of girth!
Shop Now 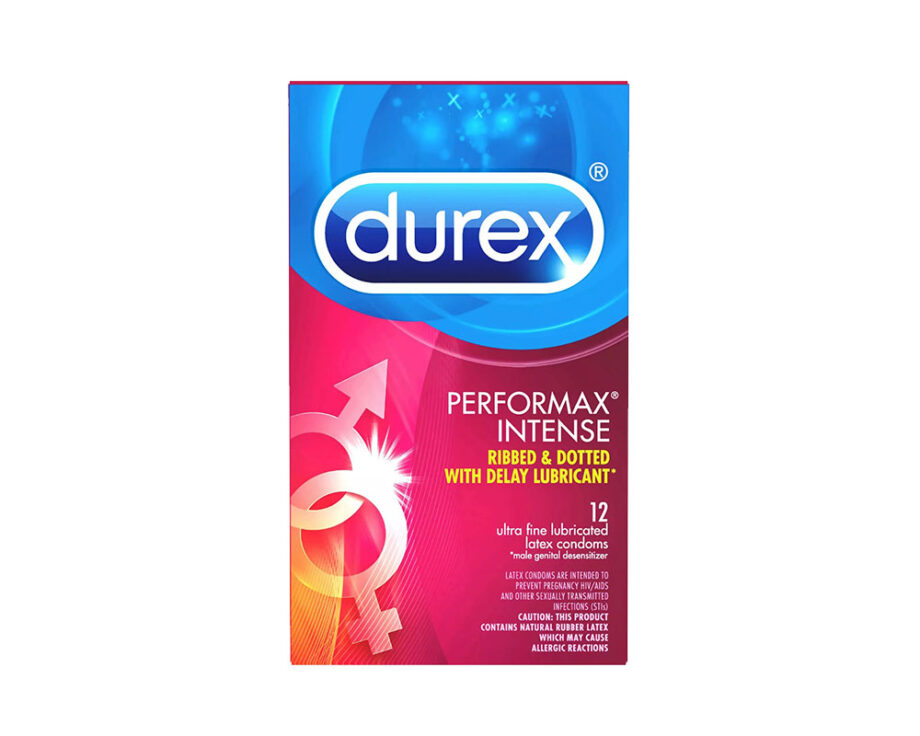 Think condoms and the first brand that is likely to pop into your head is Durex. The British manufacturer first came to the fore (skin!) in 1915, when rubber started making its way east from the States to London. These days they have a huge range, which includes the Performax - their condoms for helping you to last longer, thanks to a coating made with benzocaine.
Shop Now 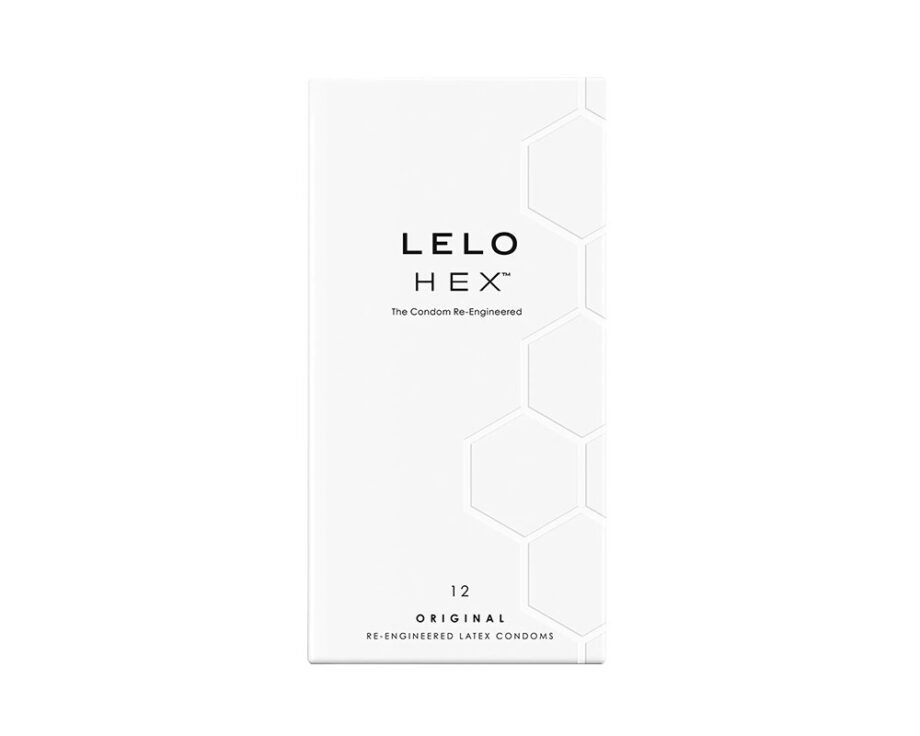 Stockholm brand LELO specialise in sexual pleasure with a range of sex toys and sex aides that cross over into lux-high-end. They have typically re-engineered the ‘concept’ of the condom and came up with the HEX, a design inspired by hexagonal, honeycomb webbing that offers both enhanced durability, as well as a whole new kind of protected pleasure for receiver and wearer.
Shop Now 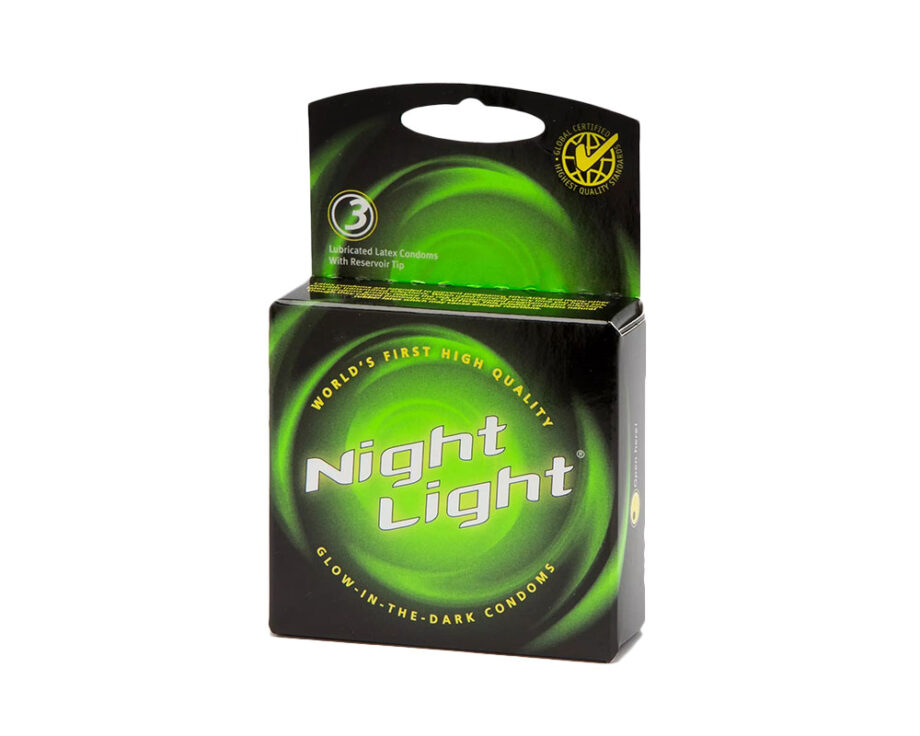 If you like a bit of slap and tickle in the dark but still need a guide as to where you’re going, then Lovelight have got you covered. Their light up in the dark range adds a bit of that late-night rave vibe to ‘sexy time’, helping you create your very own glow stick in the process! But it should be noted that they are as safe and pleasurable as they are quirky!
Shop Now 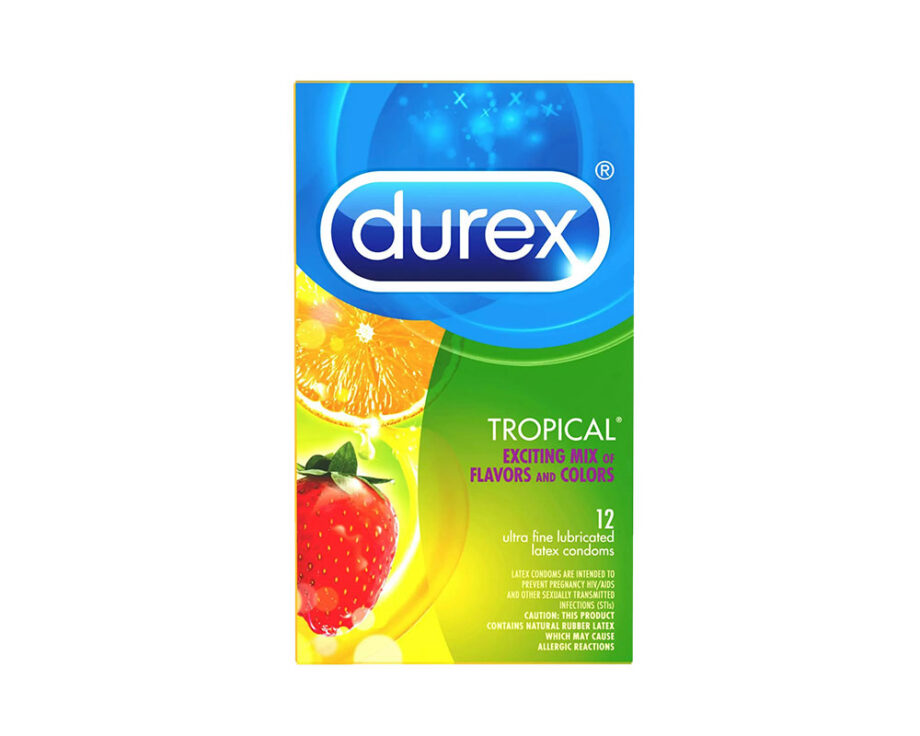 If you’re looking to spice things up and literally add some flavour to your one-on-one time, then this Tropical pack from Durex should do the trick. They’re perfect for a bit of oral; a persuasive tool if ever there was one. They come in assorted flavours including strawberry, orange and banana and are just a great general excuse to get your partner heading south!
Shop Now 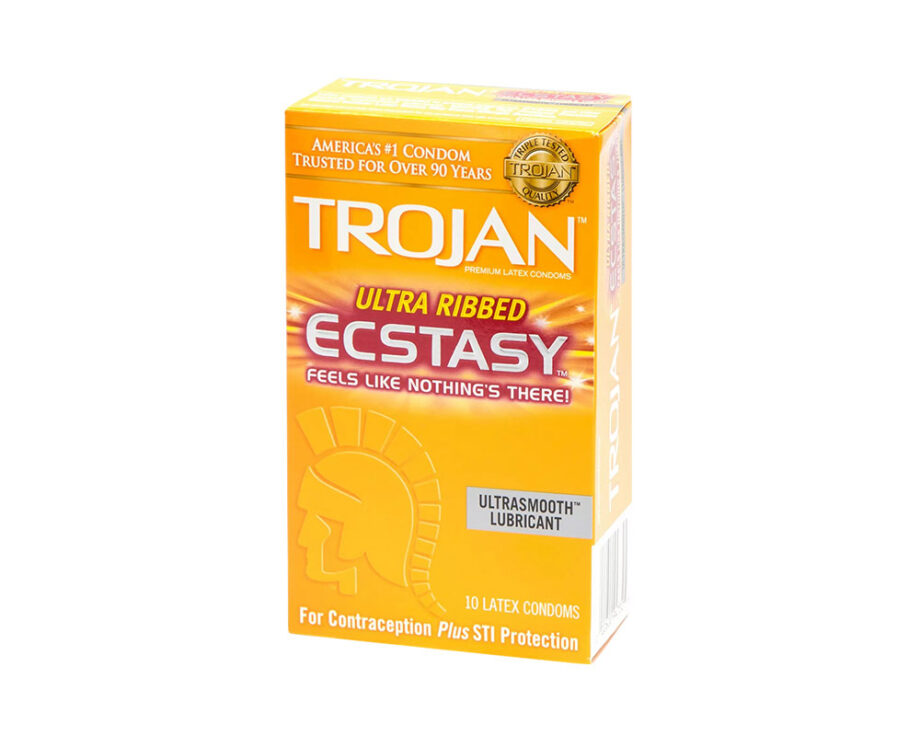 Changing the form of a condom just a little can have quite a phenomenal knock-on effect. Trojan’s Ultra Ribbed Ecstasy pushes the sensory buttons for you and your partner to the next level, for a much more controlled, intense sexual experience. It’s even coated with a subtle lubricant to keep you both smooth and excited.
Shop Now 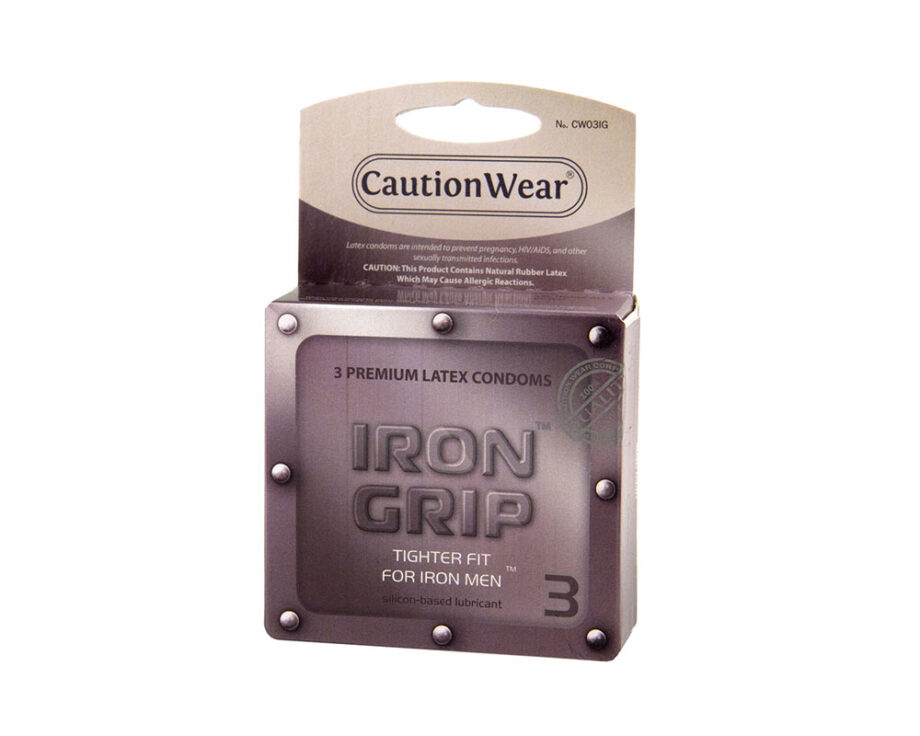 You would be a bit of an idiot buying a condom that was too big for your schlong. This Iron Grip model is made for men who need a tighter fit and value the safety of sex. They’re available online so you don’t even have to worry about awkward questions at the pharmacy or supermarket.
Shop Now 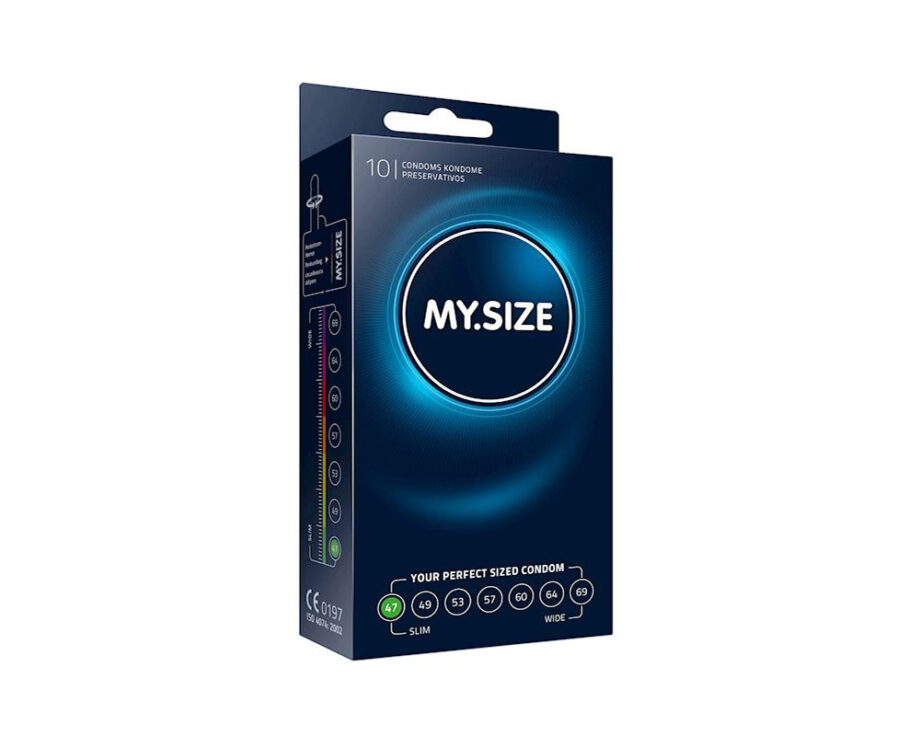 Getting the right size condom is key to enjoying a safe sexual experience. Recognising that all men have a need for a more tailored fit, My Size has come up with one of the top condom ranges on the market. So whether you have girth and no length or length with no width, they have an option in their collection that is made specifically for you.
Shop Now 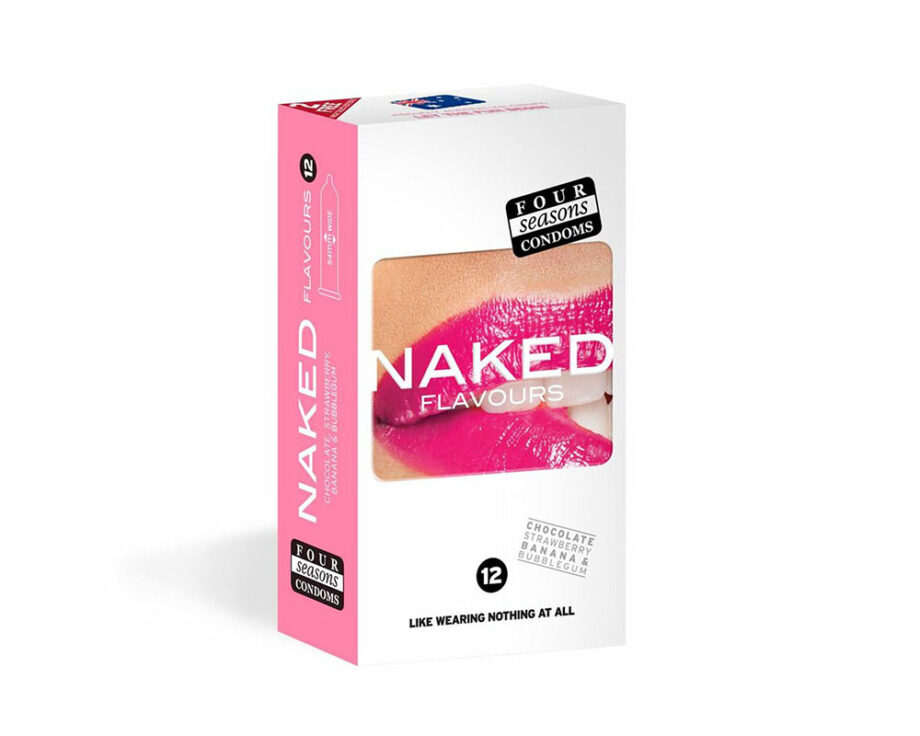 Four Seasons have come up with an interesting concept that is sure to tantalise your partner’s tastebuds. Their Naked condom is so fine and clear that you can hardly notice it being worn. On top of that, it is flavoured, with flavours ranging from strawberry and bananas to chocolate and blueberry, turning oral into a delicious treat!
Shop Now 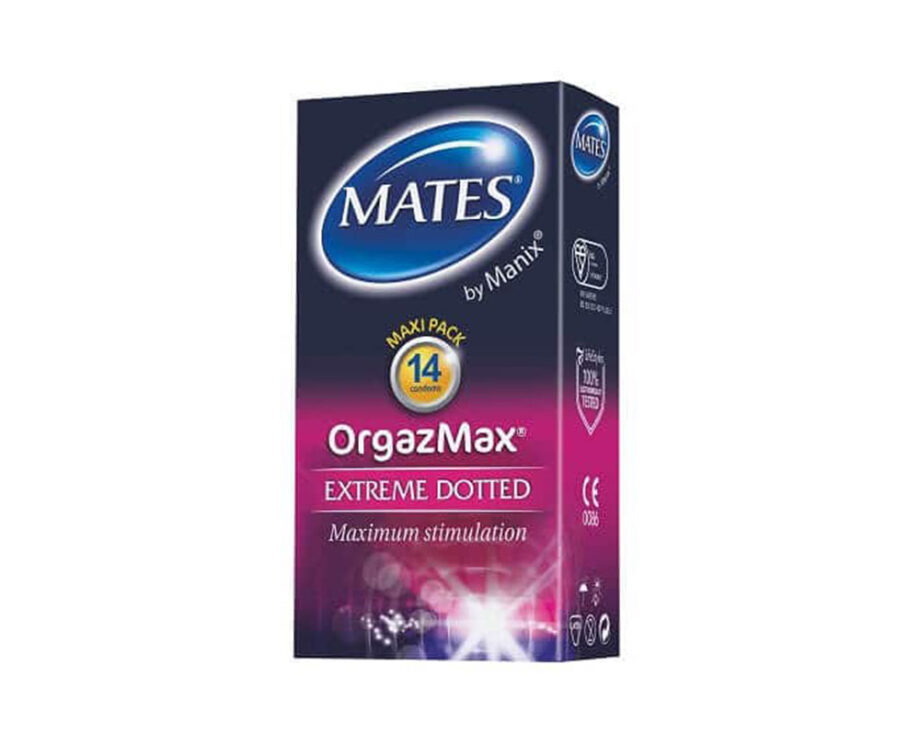 It’s quite ironic that a billionaire with a company called Virgin should be behind UK condom brand, Mates. Richard Branson started the label back in 1984 to help offer safe sex to those on a budget. Now the company is one of the top condom producers in the UK, still offering great value with options like this OrgazMax 14 Pack.
Shop Now 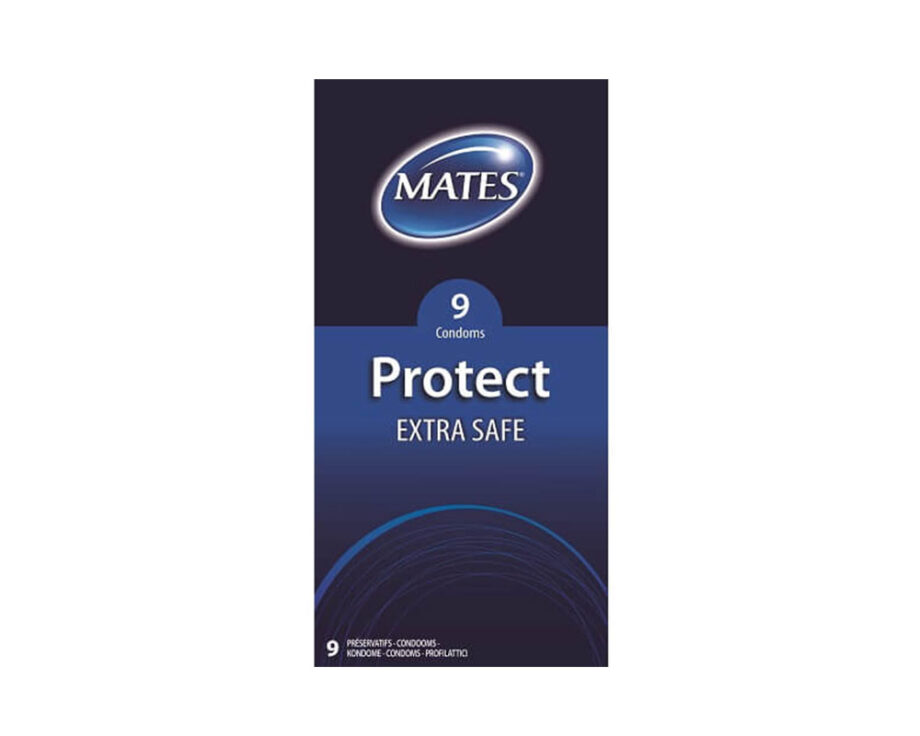 If you like it rough, are super concerned about STIs or you’re a little larger than your partner, extra protection is a must. These Protect Extra condoms are ideal for just that, a durable, ultra-resistant condom that allows you to get a whole lot rougher without worrying your johnny will break.
Shop Now

Best Sex Toys For Couples Guaranteed To Spice Things Up