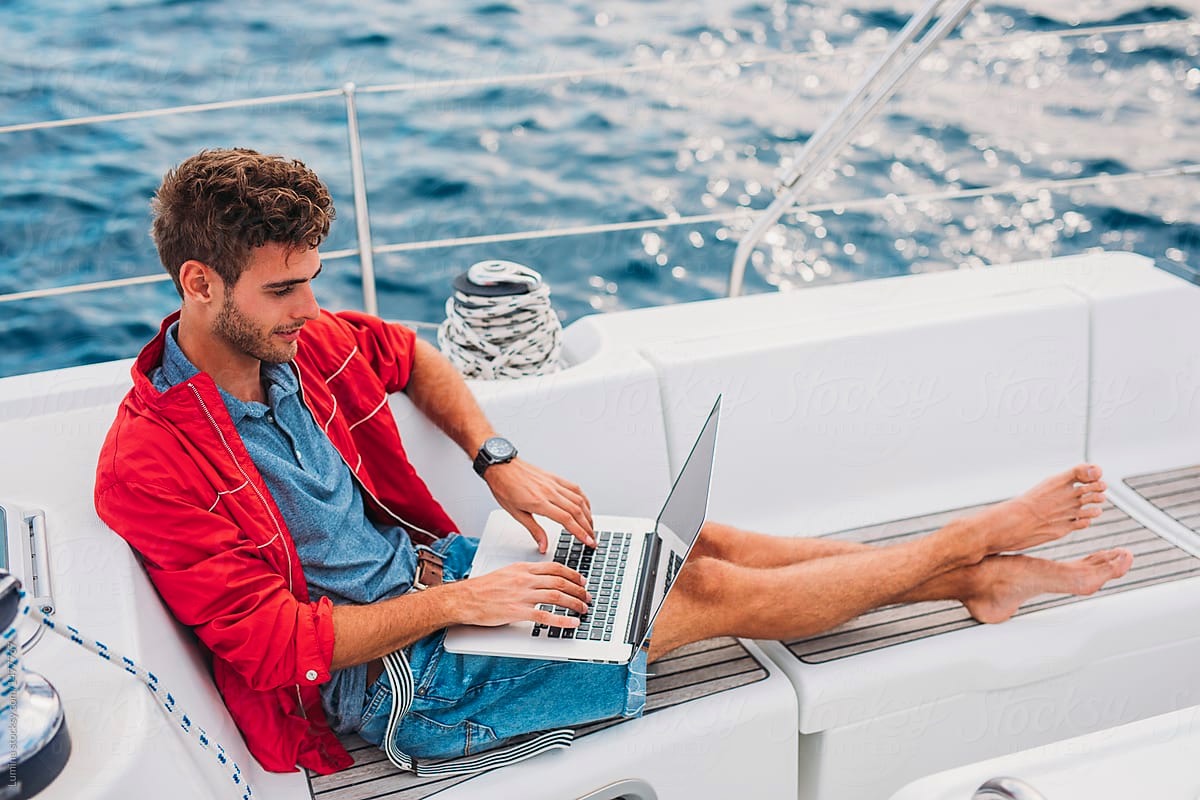 2020 will be remembered as a year that hit us where it financially hurts. Millions unemployed, recessions, constant changing of inflation rates and, for those who wanted to add a four-legged furry companion to their family, the prices for designer dogs hit drastic new heights…and all thanks to a new strain of a virus that infiltrated the globe.

Some surefire ways to make some money without having to come up with a niche new business idea is to invest. But while you could go down the traditional route of stock market trading, have you ever stopped to give some thought to cryptocurrency?

The word alone could be enough to confuse you, but in reality, cryptocurrency, and the way it is traded, is similar to that of stocks. You look for trends and you aim to buy low and sell high. However, you can in some instances trade any crypto assets you have bought for others.

Henrik Andersson co-founder and CIO of Apollo Capital, Australia’s leading crypto asset investment firm, tells DMARGE that prices of crypto assets are independent to those of the stock market due to their being a different set of investors. Asset value, such as that of Bitcoin, which surged in 2020 and has since hit an all-time high in the early part of 2021 of just over US $33,000 (and currently trades at $32,448 at the time of writing) can be partially attributed to there being a finite supply. There will only ever be 21 million pieces of Bitcoin, 18 million of which have already been mined.

There is much to learn about it still, and we could easily go into great detail in a separate article relating to all there is to know about crypto, but it can become a little confusing. To make things a little easier, Matt Harcourt, an analyst at Apollo Capital, is helping us out here at DMARGE, and subsequently helping you, by telling us about some of the best or most exciting crypto assets. They’re not necessarily brand new ones either, but could be assets that have started making gains in the market or have particularly interesting qualities.

Note, the assets mentioned by Apollo Capital may not necessarily be ones they recommend you buy but are assets that are seeing traction or are being talked about in the news. Before you invest in any cryptocurrency asset, you should make sure you are in a financially solid position.

As we come to the end of 2020 and look forward to a (hopefully) more fruitful and enjoyable 2021, we reached out to Matt at Apollo Capital once again for his market analysis and top picks for crypto assests going into the New Year.

It’s definitely an exciting time to be in crypto, new all-time high for Bitcoin, the cat is well and truly out of the bag.
Broad Market Analysis:
December continues to be a key month in the Bitcoin cycle
December 2016: Retest all time high of US$1,200
December 2017: Previous all time high of US$20,000
December 2018: Bitcoin bear market bottom at US$3,000
December 2020: New all time high above US$20,000
December 2021: ?!?
At the moment most of the attention is on Bitcoin with only some altcoins outperforming in the month of December. The big end of town is embracing Bitcoin more than ever before, the most significant recent endorsement comes from the Chief Investment Officer of Guggenheim (Assets under management of over $270 Billion USD) who stated that Bitcoin should be worth $400,000 based on fundamental analysis of its scarcity.
More broadly, the outlook for crypto assets and equities looks positive as the US announces a $900 Billion stimulus deal. While the government can destroy the purchasing power of the US dollar by passing this sort of stimulus, Bitcoin’s supply inflation of 1.7% can not be altered, making the asset attractive to companies such as Guggenheim who are well aware that ‘cash is trash’.
Matt’s Top Coins

Nothing quite sums up the open, permissionless and fast paced nature of Decentralised Finance like Yearn Finance. Yearn Finance is described as “a suite of products in Decentralised Finance, maintained by various independent developers and governed by YFI holders”. The most popular products on Yearn are the capital pools known as ‘Vaults’, these vaults are designed to automatically generate yield based on opportunities present in the market. These vaults automate complex yield farming strategies in order to generate the maximum amount of yield possible. Vaults are created and maintained by developers known as strategist’s, who are incentivised by receiving a share in the profits of the strategies they create. Other products include lending, insurance cover, swaps (exchange) and more.

YFI reached it’s all time high price of US$43,678 on the 12th of September 2020. With a total supply of only 30,000 YFI, this price put a US$1.3 billion valuation on the 2 month old coin. YFI subsequently witnessed a brutal sell off and traded for around US$8,500 for two days in November. Since then, Yearn Finance have announced multiple partnerships with similar DeFi projects which have been described as the first M&A activity performed by a decentralised protocol. These partnerships are a core part of Yearn Finance’s imminent V2 release.

You can read a more comprehensive analysis of Yearn Finance on the Apollo Capital website.

dHedge is a decentralised asset management protocol built on Ethereum. dHedge allows individuals around the world to create a non-custodial on-chain fund in a single transaction, anyone can then invest into these funds and allow the fund manager to trade and manage their funds. dHedge leverages the Synthetix exchange discussed in the last article, meaning that all assets traded of dHedge are synthetic assets. DHT is the DAO (decentralised autonomous organisation) governance token, meaning DHT holders can vote on the future of the protocol.
dHedge is a one-stop location for managing investment activities on the Ethereum blockchain, you can put your capital to work in different strategies based on a transparent track record. The dHedge leaderboard tracks risk-adjusted performance of all managers, decentralised asset management marks the beginning of a new era of transparency. There is currently US$5.7 million invested on the protocol, with 217 pools (funds) and 201 total managers
In short: The future of asset management.

This one is a little more complex but ‘algorithmic stablecoins’ are the hottest thing in DeFi right now so it makes sense to mention it. An algorithmic stablecoin aims to maintain it’s peg to 1 US dollar by altering the supply of the token based on the demand for the token e.g. if demand exceeds supply the price will be above $1, so the protocol will increase the supply in order to push down the price. Basis cash uses a three token system (BAC, BAS and BAB) in an attempt to maintain BAC at $1. When the price of BAC (Basis Cash) is above $1, stakers of BAS (Basis Shares) receive the increase in supply of BAC and earn a ‘passive income’. When the price of BAC is below $1, users can turn their BAC into BAB (reduce supply of BAC) in order to later redeem this BAB (Basis Bond) for more BAC than they initially gave (active income).
Basis Cash was a 2017/2018 ICO that raised a lot of money from venture capitalists and crypto investment funds. However, regulators stopped the original Basis project from ever coming to fruition. In early December 2020, two anonymous developers released the project to the delight of the DeFi community. Algorithmic stablecoins such as Basis Cash are new, risky, speculative but potentially high return generators. Users should not participate in such protocols unless they fully understand the risks associated.
Click here for a more complete guide to Basis Cash.
In short: Basis Shares are an ownership token which receives inflationary rewards from Basis Cash. BAS can be hard to understand, but with Basis Cash only being launched on Dec 1, it’s definitely the latest craze.

You can’t talk cryptocurrency without mentioning Bitcoin. The most well-known crypto asset is, as Henrik Andersson tell us, “increasingly seen as digital gold.”

Matt adds, Bitcoin has really been coming into its own as a ‘store of value’. In recent months there have been several notable investors/ companies praising and adopting BTC, comparing it to gold and publicly taking out positions.

In short: Seem as digital gold

We are bullish on decentralised finance because it is the first time in human history that we have open and permissionless innovation in finance on a global scale and defipulse.com is a great website to check out the biggest names in DeFi. There is currently US$14.24 billion locked in DeFi protocols.

Key areas in DeFi include:

Aave, taken from the Finnish word for ‘ghost’, is the leading protocol for borrowing and lending, and the current market size is US$1.9 bln.

Aave is described as a “decentralised non-custodial money market protocol”, which can allow users to either deposit or borrow. It’s used predominantly by developers, and being an open-source protocol, can be integrated with any third-party service or application.

AAVE is the protocol’s governance token, meaning that holders of the token can vote on the outcome of Aave Improvement Proposals (AIPs).

Synthetix is a protocol that enables trading of a range of synthetic assets such as crypto, foreign exchange, commodities and equities. Synthetic assets are created by staking SNX. When you stake SNX you receive exchange fee rewards and staking rewards (about 30% APY).

Synthetic assets hold their value because they are backed by a decentralised pool of crypto collateral. The deep liquidity of these synthetic assets will power a new era of financial tools not possible without blockchain technology.

In short: Creator of synthetic assets.

The ‘new kid on the block’, Polkadot was a significant new project announced in 2017 and built over 2.5 years throughout the ‘crypto winter’ by some of the most respected names in crypto. Polkadot is a ‘next generation’ blockchain and has a few key differences to Ethereum.

Because Ethereum is in such high demand, there have been issues with network capacity and transactions fees. This has made alternative blockchains such as Polkadot an attractive investment. DOT has a limited ecosystem built on top of the blockchain, but that is because it is new. It is a longer-term investment (possibly overvalued currently), the key thing to watch with DOT is whether developers choose to build on Polkadot over Ethereum.

In short: Up and coming platform for decentralised applications.

We’ll be regularly updating this piece in collaboration with Apollo Capital, bringing you the latest and most exciting cryptocurrency assets available right now.