When Ford Australia announced that the revamped Ford Focus RS Limited Edition was making its way to Australian shores, it came with crippling news – it would be the current generation’s final RS model since debuting to acclaim mid-last year.

Just 500 examples of the Focus RS Limited Edition models have been allocated to local dealerships and with that, one of the finest examples of purist driving will see its departure.

It’s not all bad news for lovers of hot hatches though. Ahead of the car’s arrival, we were invited to Sydney Motorsport Park to take part in experiencing the new Focus RS LE to find out how the minor changes translated on the track.

Blink and you’ll miss it. That’s the only way to describe Ford’s update on an already-capable rally warrior dressed up for public roads.

The engine is the familiar 2.3-litre four-cylinder turbo which is borrowed from the Mustang and modified for bigger performance. It pumps out 257kW and 440Nm of torque (470Nm on overboost) which is unchanged from the standard Ford Focus RS. The only transmission available here is also the same six-speed manual which sends power to all four wheels.

Beyond that the changes are primarily cosmetic with the LE version being offered only in the attention-grabbing Nitrous Blue hue that is now paired with a matte black roof, matte black spoiler with contrast ‘RS’ badging and matte black mirror covers. In the cabin, drivers will find body-hugging Recaro Sportster CS seats which now come with matching Nitrous Blue leather highlights.

With such minor changes to the body aesthetics for the LE, it’s safe to assume that Ford wanted to send the RS off with performance and quicker lap times squarely in mind.

Daily driving duties wouldn’t allow these enhancements to be exploited to its full potential, so it was off to the track to “feel” these changes. Aiding us on this journey was a group of telemetry boffins who tracked our lap times and positions on a graph between the standard RS and the new RS LE. There were also pro drivers on hand to make sure we hit the apex at ideal speed rather than a wall.

The day started with a host of other performance backed Focuses which weren’t as ballistic as the RS – a necessary stepping stone in moving up to the RS LE whilst getting a feel for the track.

You can put this down to inexperience on the track, but we couldn’t actually tell the difference between the RS and RS LE.

We attribute this to the fact that we were easily pulling over 210km/h down the main straight before diving into the first high-speed corner and then lining up the car for the next corner, and the next corner…and you get the point. Processing power was pretty much dedicated to driving fast rather than thinking about how fast we were going.

Thankfully when back in garage HQ, the aforementioned boffins brought up our telemetry and explained to us what we were doing at every corner and why the the blue line (RS LE) sat above the red line (RS). That magical LSD was apparently helping us carry more speed through the apex and on corner exits.

Driving the RS LE at our limits demanded a sensory overload where the hands, feet and mind needed to work twice as fast because the corners were approaching much quicker when compared to the standard front-wheel-drive Focus models.

The RS LE devoured corners with brutal precision and felt extremely poised throughout both the tight bends and high speed undulations. The driver’s only job was to keep the revs up and that’s not exactly hard to do in a car like this.

On gear shifts there’s the raucous pop and crackle of a bonafide rally car which helps to egg the driver on even harder.

So our verdict is pretty obvious. Fun, intoxicating and exhilarating is an understatement. And we didn’t even need to talk about the skid pan antics in Drift Mode.

Living With A Beast

It’s fairly obvious that the Focus RS LE is a shining star on the race track. In civilian guise though the heavy clutch can be a bit tiresome on the left leg if you’re ever stuck in start-stop traffic.

The turning circle also leaves a lot to be desired but these are just minor setbacks when you consider the type of car you’re sitting in.

Those who buy the Focus RS LE will know exactly why they’re doing it. Those who don’t will usually go for the new front-wheel-drive Honda Type-R or something a little more refined and slightly slower like the VW Golf R or Mercedes A45 AMG.

That’s not to say the Focus RS LE isn’t practical. Interior quality is your standard Ford affair but the thing has a decent boot as any hatchback should and it can also fit five people in comfort.

It even comes with air-conditioning – a feature which our pro-driver instructor insisted we turn on during our track session. How’s that for racing in comfort?

Fuel consumption figures from Ford claim an 8.1L/100km combined usage so this isn’t too bad when compared to similar cars in its class like the Subaru WRX STI’s 10.4L/100km.

One Hell Of A Swan Song

The Focus RS LE makes up weep not because of its strengths or minor shortcomings, but because it showed a world obsessed with expensive hypercars and Nurburgring lap times how to have fun again.

And it did it with nothing but a classic stick shift, a tuned engine and proper handling dynamics rolled into a grocery-getter. 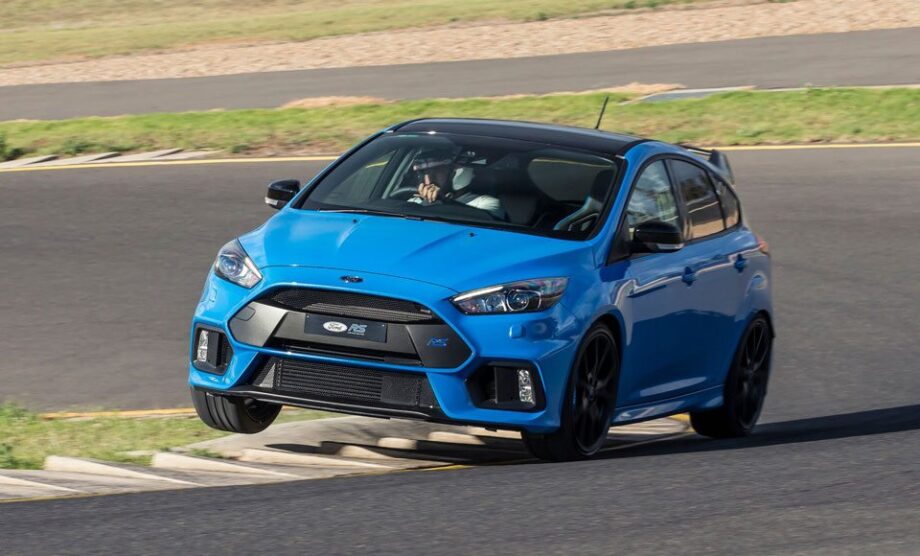 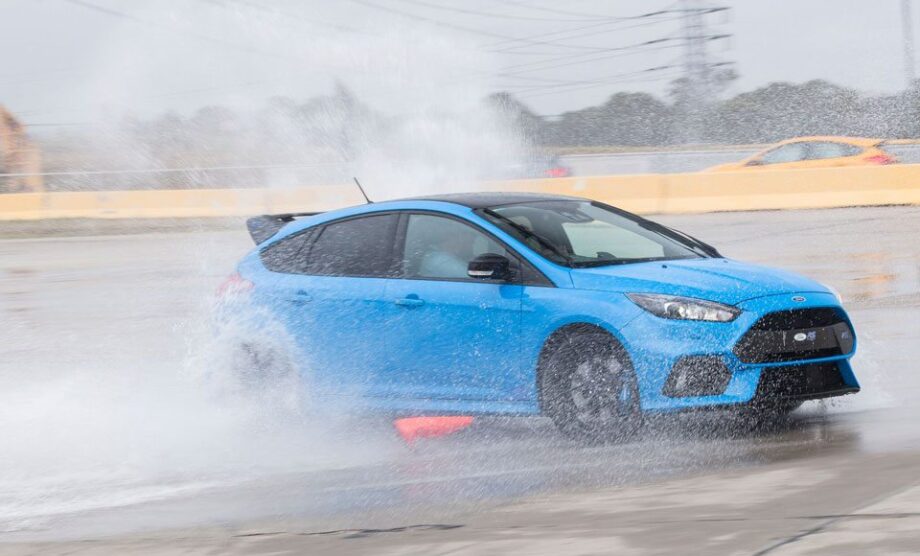 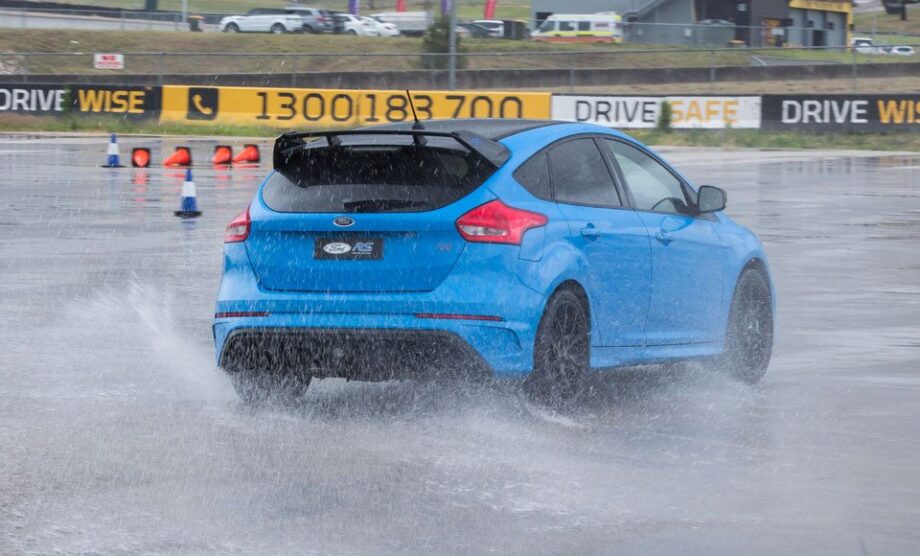 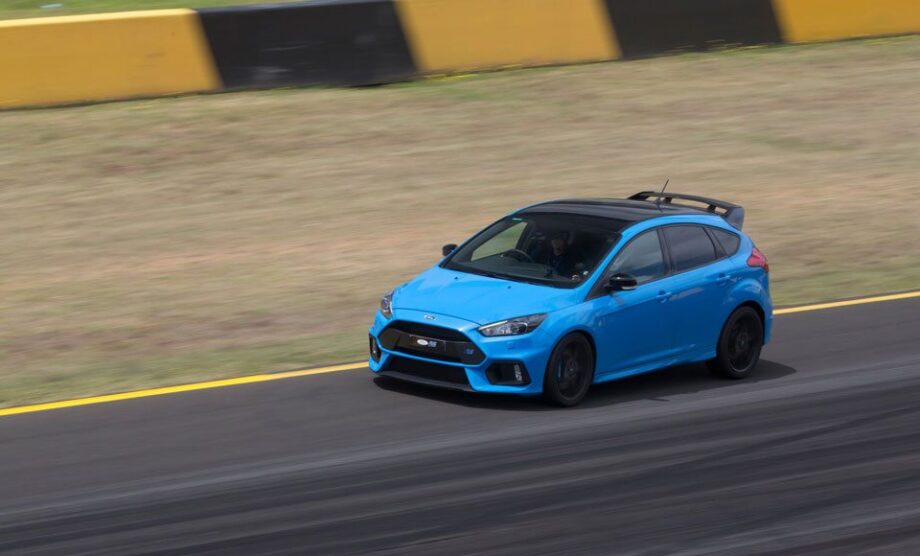 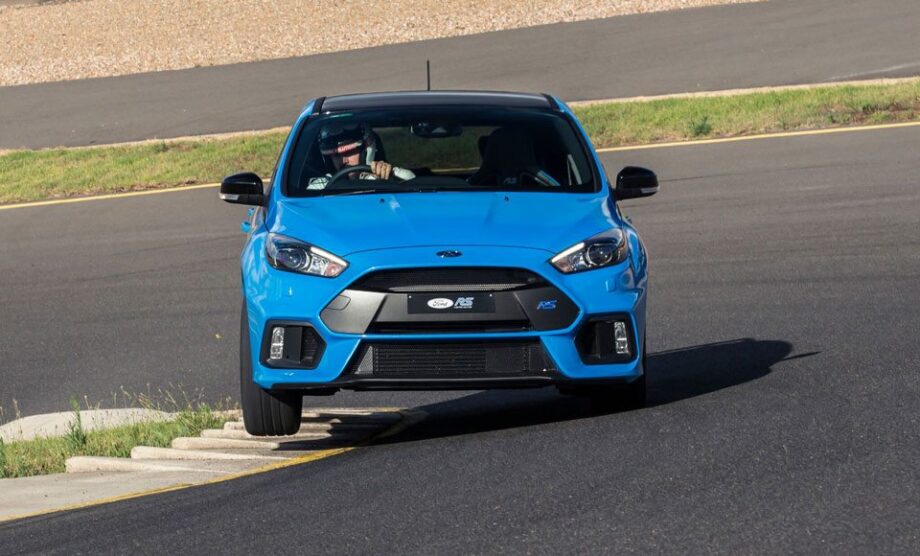 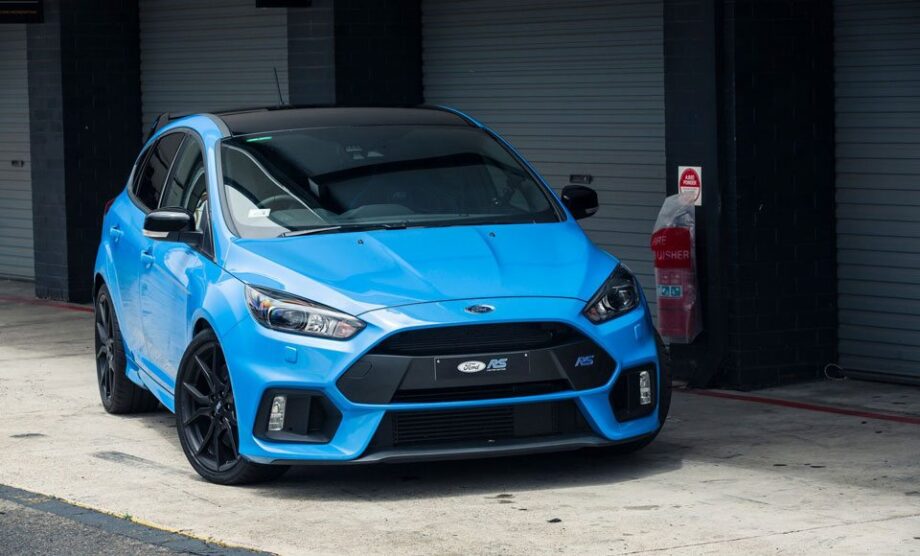 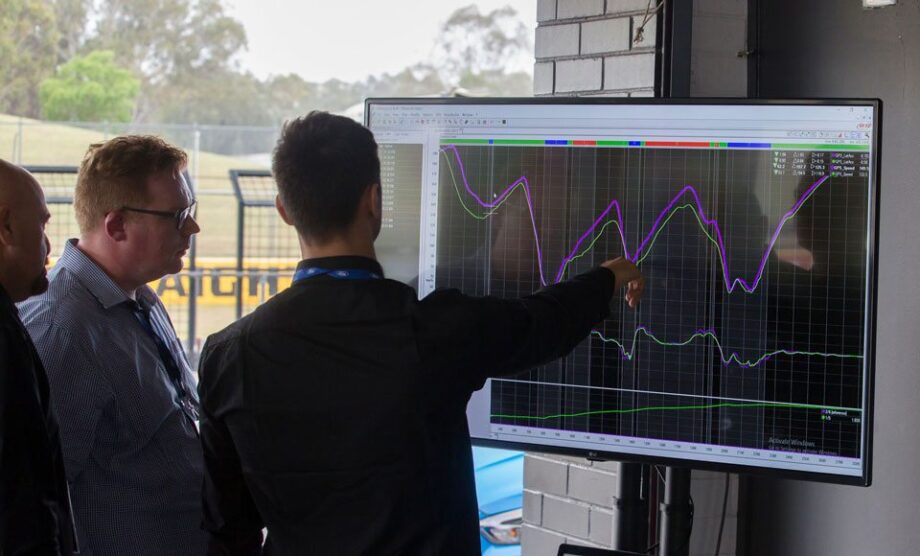 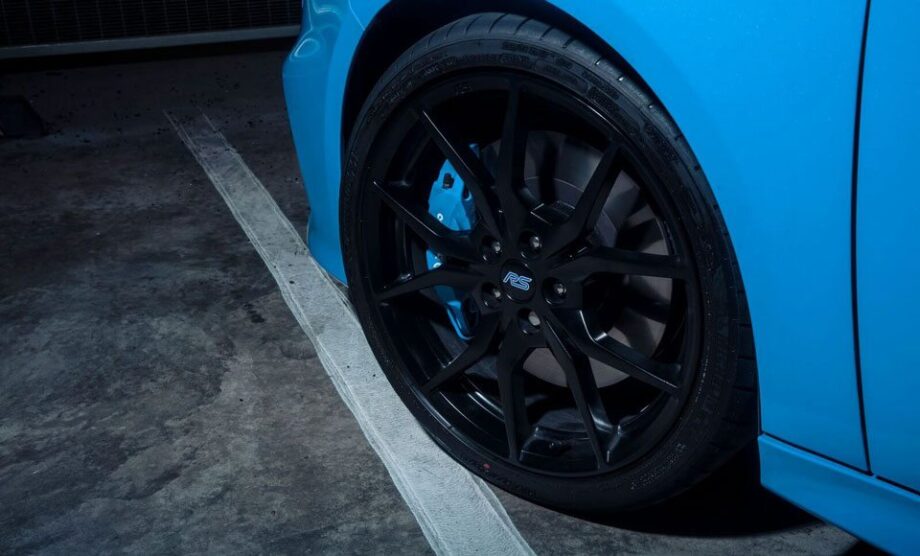 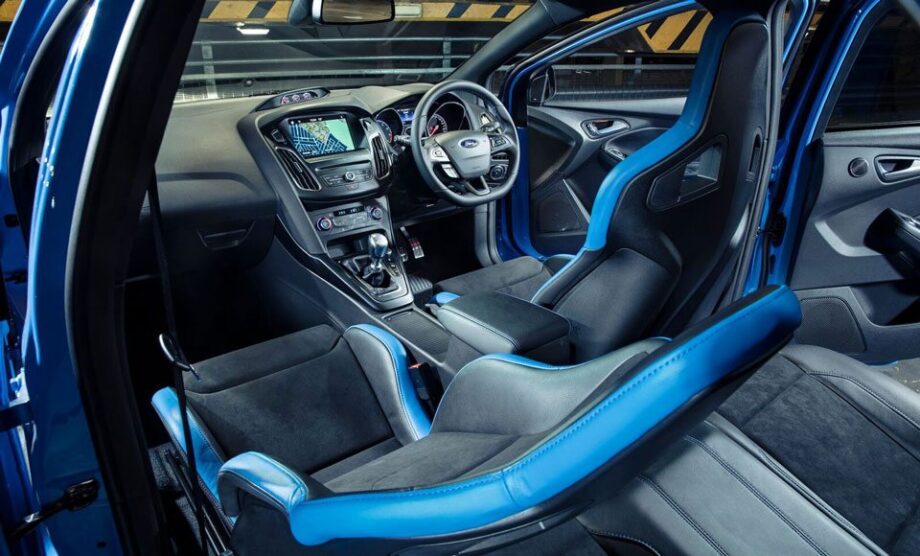 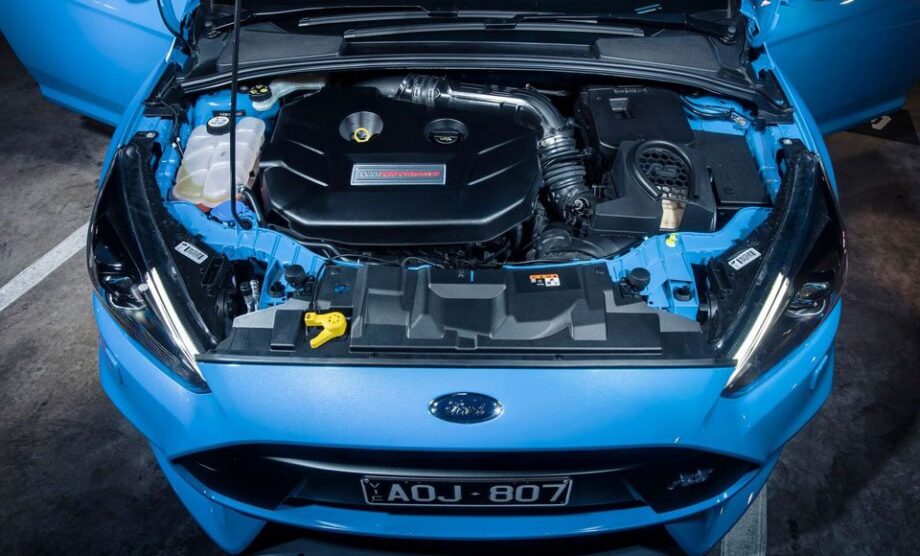 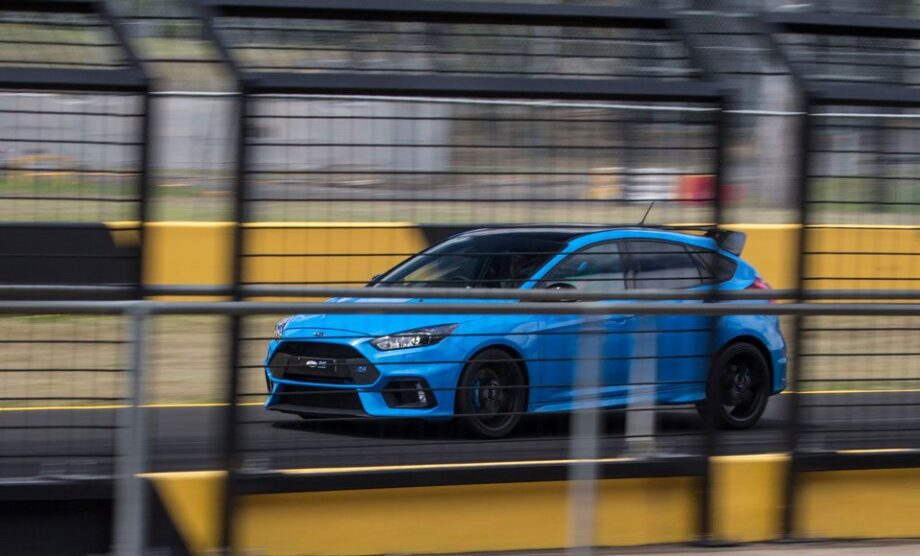 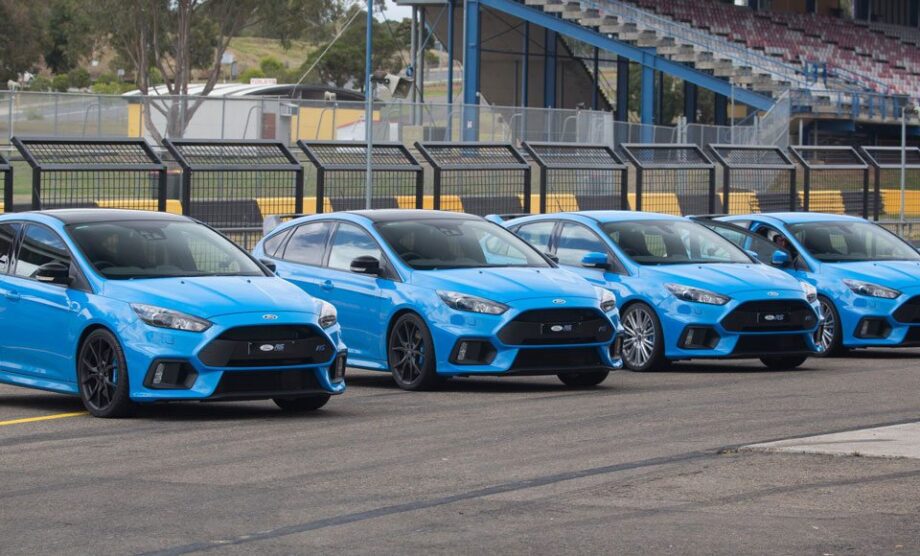