Post-war Japan was a place that welcomed technology with open arms and often fostered a penchant for oddball inventions. Inheriting this particular trend was also Japan’s motoring industry which produced some seriously quirky cars ranging from tiny ‘Kei’ cars, to a series of sports cars that reflected a bygone era.

Take a ride with us on this sushi train as we explore the weird and wonderful rides from the land of the rising sun. 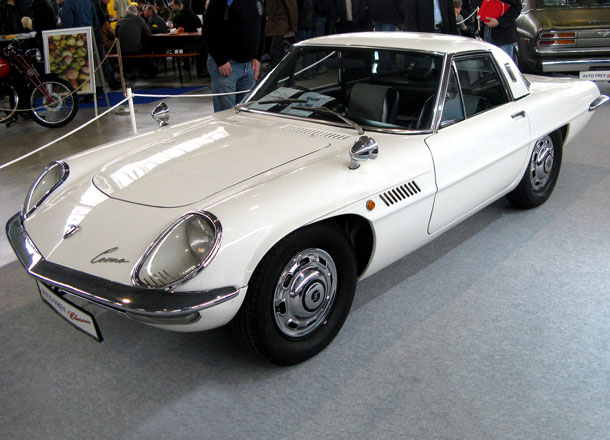 This sleek and elegant coupe was based on the design of a Triumph Spitfire and appears completely textbook classic coupe to the untrained eye. Where it slaps history in the face however is under the bonnet as this was Mazda’s first Wankel rotary-engined car.

Its significance in motoring history is undeniable as it brought the twin rotary design of engineer Felix Wankel into the mainstream, setting the standard for all future rotary cars in the world. Mazda had only built 1176 between 1967 and 1972 with the car mustering 130hp from its 982cc power plant. It was considered unorthodox at the time, but without it there would be no way for modern high-powered rotaries like the RX-7 to exist. 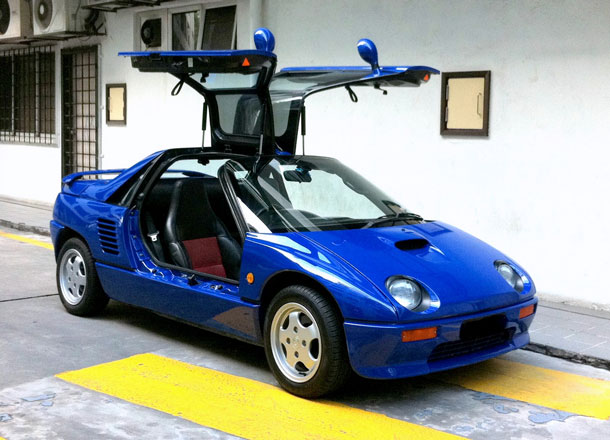 This diminutive little two-seater was built by Mazda in the early 90s and called the Autozam AZ-1. Falling into the popular Kei car category (cars that can avoid a certain tax due to their minor emissions and size), the AZ-1 packed a three cylinder, 657cc, turbo engine mounted behind the driver, complete with gull wing doors and weighing in at less than 725kg – making it lighter than a Lotus Elise.

Designed to be a fun handling car, the AZ-1 packs a mighty 64hp with tuners extracting more out of it over the years to make it go faster. The doors look pretty thin too so you’ll likely be maimed in a side-on collision. 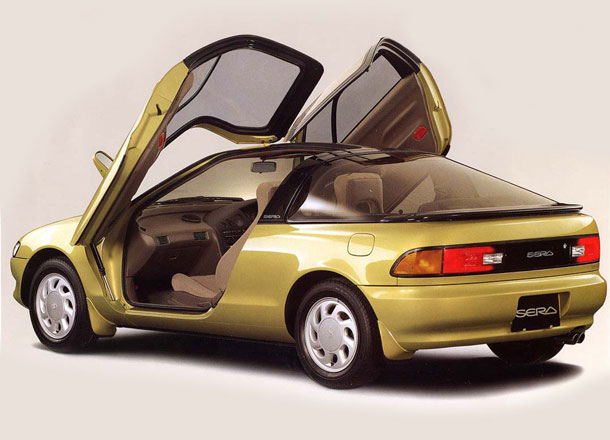 One of the more interesting designs to come out of the Toyota camp in the early 90s was the Sera – a gull-winged Corolla of sorts if you will. Reflecting what was considered cool of the time, the Sera featured a sweeping glass roof that formed the curved doors to give the car a very unique and futuristic look. It even managed to amass a small cult following around the world, selling around 16,000 cars over its 5 year production run.

Performance was typical Toyota fair with a 1.5-litre engine driving the front wheels in fury. 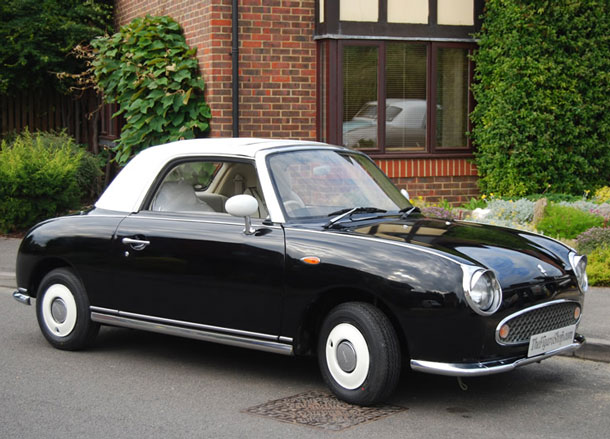 An icon in the world of strange Japanese cars is the Nissan Figaro. It looks like it rolled off a 1960s production line but actually hails from 1991 where it saw production for just one year. The demand for the vintage looking Figaro at the time was so high that production had to be doubled and a ballot set up to select the buyers. It’s powered by a 987cc turbo four cylinder to give it some blistering grandad-spec performance. 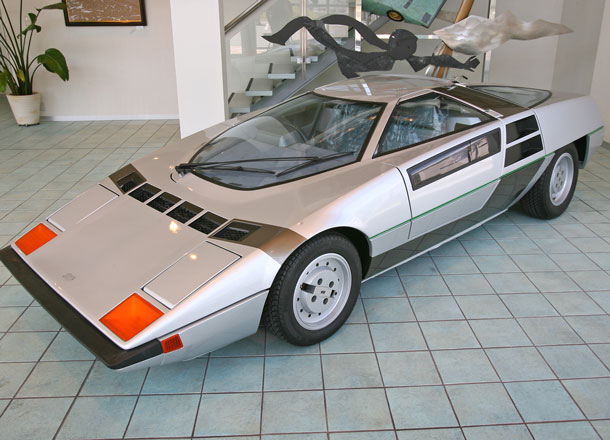 One of Japan’s first ever supercars that never saw the light of day was the Dome Zero. Dome was the Japanese racing company that designed countless race cars from 1975 for open-wheelers and categories including F1. As Japan’s burgeoning fortunes as an automaker reached its peak in the 70s, the group decided to build their very own Japanese supercar.

In 1978 the Zero was debuted at Geneva motor show, featuring a wedgy Italian shape, swooping canopy that would make Homer Simpson weep and cues that could only be described as Back to the Future before it was even made. Powered by a Datsun inline six, the car offered optimum performance with the power to weight ratio of the Porsches of that era. 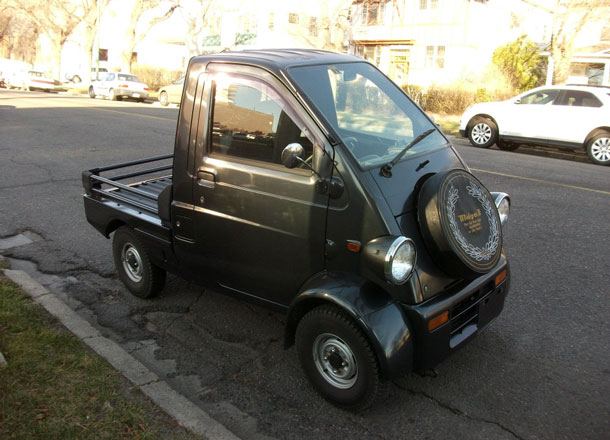 Another in the list of crazy-cool Kei cars is the aptly named Midget II from Daihatsu. This second generation cult car hailed from the 90s and packed a tiny 660 cc engine. It came in either a one seater or two seater and was noted for its unusual design with a spare tyre mounted on the front of the car. We’re not too sure what the load rating on this car is, but we don’t recommend you drive this one onto a construction site to impress the boys. 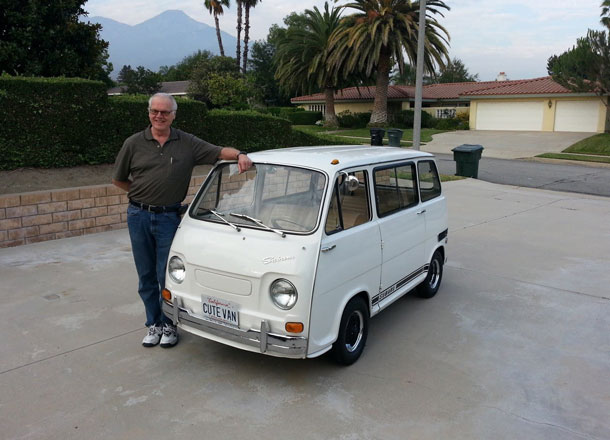 Leading the Kei car charge for the people mover category is the Subaru 360 of 1970. Yes you will stand taller than it and yes you will garner a many surprised looks. In a good way of course. Weighing in at just 498kg with a length just shy of 3 metres, the 360 van was designed by Subaru for Japanese work duties. Its mighty two-stroke, two cylinder 360cc engine enables it to hold an amazing payload of 362kg – that’s about 70% of its own weight. It’s also considered one of the world’s cutest vans. 5 star safety rating? Dream on, dweeb. 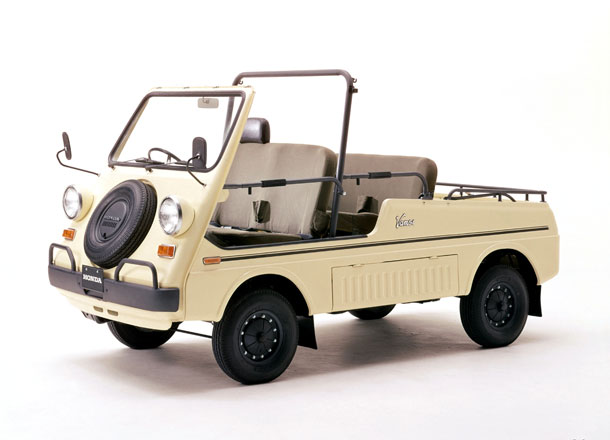 The modern Honda Vamos is a rather bland and boxy affair. The original though was an entirely different beast. It shared a similar design to the Midget with its front facing spare tyre which was a trend in the 70s around when this car was released. The open top Kei car also features a sweet removable canvas roof and a 354cc two-cylinder engine for the serious lead footers out there. A perfect companion for beach hoons, you can think of this one as the least practical Jeep ever made. 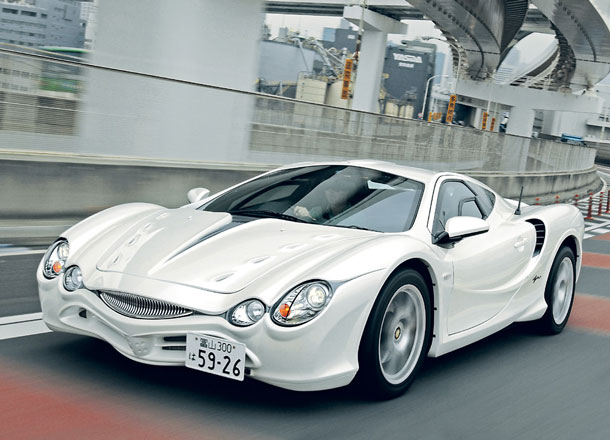 One of Japan’s weirdest and arguably ugliest offerings is the Orochi from Mitsuoka. Ceasing production in 2014, the car’s name is taken from the mythical 8-headed Japanese dragon, hence the reptilian-like body lines, googly headlights and intake holes. Mitsuoka have categorised it as a “Fashion-Super Car” and adds that “Orochi is the car to ride to gather attention from everyone”. We definitely agree with the latter.

Performance is derived from a Toyota Camry 3.3-litre V6 in a mid-ship layout driving the rear wheels. International reception has been lukewarm at best with Jalopnik voting it the world’s ugliest car. 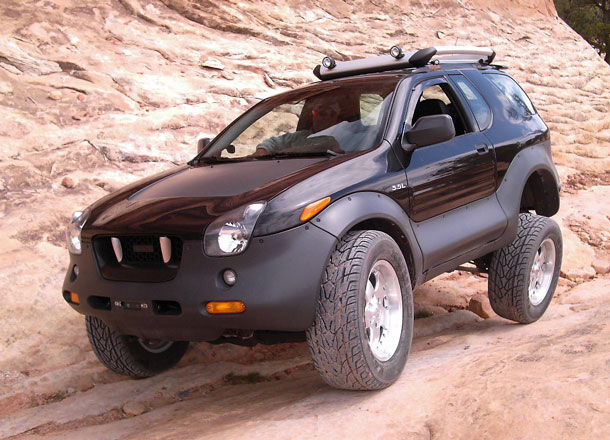 Yes, the truck manufacturer Isuzu once tried to build a sporty off-roader and the VehiCross was the rather stunning result. With the fluid lines that are rarely found on 4WDs nowadays let alone ten years ago, the VehiCross became available on Japanese shores in 1997 and was powered by a 3.5L V6 with full time all-wheel-drive and Torque On Demand (TOD).

It was not to be though, with pundits in the industry who praised the vehicle’s bold design and superb road holding ability adding that its eventual demise came from low production, the fact that consumers were oblivious to what the car could do, and the absence of a proper manual transmission. Sad face.