“My two best friends slap the hand out of the way and go for the full bear hug, so I’m kind of like, ‘Why do I always stick my hand out?'” 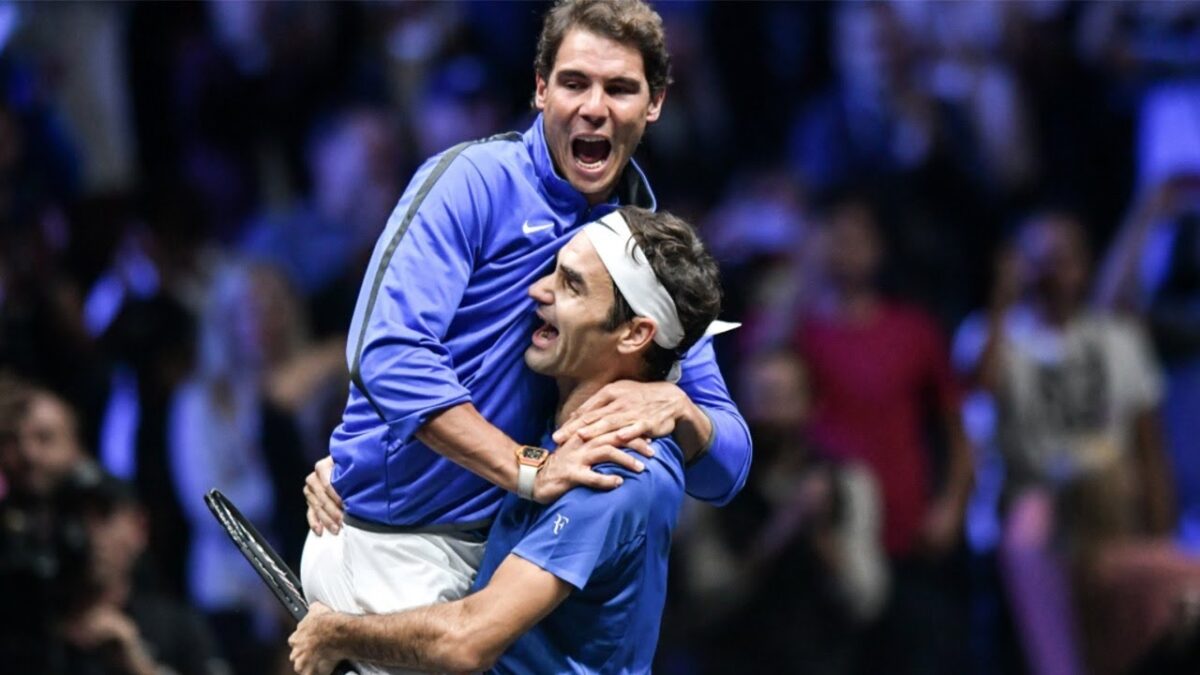 Here’s a fact: young men are touching each other more. Numerous studies have confirmed this, suggesting that masculine relationships have become more “inclusive, tactile and emotionally diverse” since the 1980s and 1990s.

Take the following situation: you’re three beers deep and your best mate shows up to surprise you from overseas. Or the next one: homeboy no. 2, who disappeared an hour ago onto the dance floor, finally shows up. Or this one: your third best mate, who’s a bit of a homebody, texts to say he’s coming out too.

What do all these situations require? A sloppy man hug. Excitable. Sticky. Care free. Whisky and coke is a cologne unto itself. Besides: terse handshakes are reserved for business meetings. And that ‘mate’ who briefly dated your sister. Etc.

But what about the dudes who you met in a formal setting, but have gradually got closer to? What about your charming British barber? What about a high school friend you haven’t seen in years? What about a co-worker?

Depending on the context, hugging one of these guys for the first time could be the most awkward experience imaginable, or a revelation of bro-some proportion.

junkyu [nervous laugh]: goodbyes are so awkward, like do i go in for a kiss or a hug or what.

Suffice to say: the “man hug” is a vastly underrated skill. Which is why we hit up a bunch of bro-hugging entrepreneurs, influencers and all round legends, to get their thoughts on the man-hug revolution, and their tips on avoiding an awkward fumble like this…

why do they always give each other the most awkward hugs is that a tall boy thing or what pic.twitter.com/JnRv9Xya78

Patrick Kidd, founder of luxury men’s hair brand Patricks, hugs all his male relatives and friends. And as he revealed to us in a recent interview: “I even hug my investors! I find it really endearing and it means something in a world that’s so digital.”

He attributes this to being raised in an environment where hugging was the norm: “I was raised to hug people hello and goodbye so I guess I never really knew of a time when it wasn’t socially acceptable.”

As for his tips for a solid bro hug? Have at ’em: “I usually lead with an open up high hand shake, then pull them in for a hug.”

“Make it nice and tight, don’t do a hard back pat, don’t hold for too long, don’t nestle your head in too deep in the neck, ensure adequate crutch gap (you don’t want to be known as a ‘mad frotter’), pick a side and commit to it.”

Also: don’t go over the five second mark, and don’t be indecisive: “Pick a side and commit to it. I always veer left and it has served me well over the years!”

In terms of things that can go wrong, Patrick says: “Always check for sunnies hanging on a t-shirt neck, I have smashed a few over the years being too cavalier.” Also, and perhaps more importantly: “If there is a pull-away accept it quickly and release.”

We then asked how the man hug has evolved. Patrick responded with his signature humour: “I guess a firm handshake was the old version of the man hug; truth be told I hate a really hard handshake—I always feel like people who do this are trying to alpha dog me and I want to punch them in the face!” Fortunately, “Man hugs are a lot more accepted now than back in the day.”

On a serious note, he adds, “R U Ok?, the death of homophobia and athletes doing it regularly has probably allowed many men to hug without fear of emasculation.”

As such, Kristian’s technique differs from Patrick’s: “I go for the hand, then pull ’em in—then one hand goes behind the back, which I think actually creates a barrier behind (rather than) a full hug.”

This is not to say Kristian is against “big hugs,” just that it’s not for him: “The confusing part comes when my two best friends slap the hand out of the way and they go for the full bear hug, so I’m kind of like, ‘Why do I always stick my hand out? Why am I this sort of person who always puts the hand in the way.'”

“Even though I’m going to see my boy, I’m gonna see my mate, I kind of do that hand clasp thing beforehand.”

A repeat ‘awkward hug’ offender, Kristian shared his tips on achieving maximum hug-sistency with your mates. One bro hug at a time.

“What causes a man hug gone wrong? Not being on the same wave length. I think we’ve been a little bit led by the other generations, you know their dad’s a handshaker, their granddad’s a handshaker and they’ve picked that up so there are different paths in the background.”

In light of this, Kristian advises you pay attention to each mate (or acquaintance’s) personal preferences, and if it ever gets weird (you go for hug they go for handshake), just laugh it off: “Don’t leave the elephant in the room. Say, ‘Oh you’re not a hugger then…'”

And if the thought of such a situation makes you cringe, you can always look for the signs that someone is a hugger (or not) beforehand. Some simple things to look for, according to Kristian, are, “A friendly expression, their general vibe, (and) also how you feel about seeing them; maybe if you’re hoping to have a warmer relationship with that person, get them to hug it in.”

Further factors are profession and age: “Definitely when guys get towards 40 they start to drop a little bit, and then it just depends on what your day to day is—if you work in an office environment you’re probably not going to do it as much (as) in a creative field.”

“The people I’ve worked with (in a creative field) have tended towards the extremes—either a hug or nothing at all.”

Where will the man hug go from here? Like Patrick, Kristian believes it’s on the up: “My generation, we’re fathers and stuff now, and we’ve lost that rigidness of the 70s and the 80s and now we’re past that the next generation might be less afraid to hug.”

Hardcore boys at 3am: I am very depressed and you’re the only one who listens. Thank you for always being there for me.
Hardcore boys at the show: (very brief sup nod, awkward one arm hug)

We also spoke to Barry Du Bois, Channel 10’s The Living Room host, home-design expert, and R U Ok? ambassador to get a couple of insights into his generation’s take on the man hug. While he didn’t claim to speak for his entire age group, Barry said that he was comfortable with either a handshake or a hug, depending on the context: “I’m both.”

He then added, like Patrick and Kristian, “My father gave me affection from the day I was born and I’ve given affection to the people I’ve loved for my whole life,” drawing out—what seems to be—one of the key ingredients to a good man hug: practice.

“For me it’s always been prominent. I have no problems showing affection to people I love or people that are in my community: I’d hug you if I saw you.”

While we were unable to directly interview Chris for this article, his Twitter feed suggests Patrick, Kristian and Barry (and the cited bromance study) are onto something: as men in their 30’s, 40’s and 50’s have become more accepting of the man hug, younger generations are growing up increasingly accepting of male intimacy and—as the following photo illustrates—highly adept “man huggers.”

RELATED: 10 Life Truths All Men Must Learn To Accept & Get Over