The Simple Secret To Getting Ripped Faster, Explained By A Professional Strongman

The technique that separates men from boys… 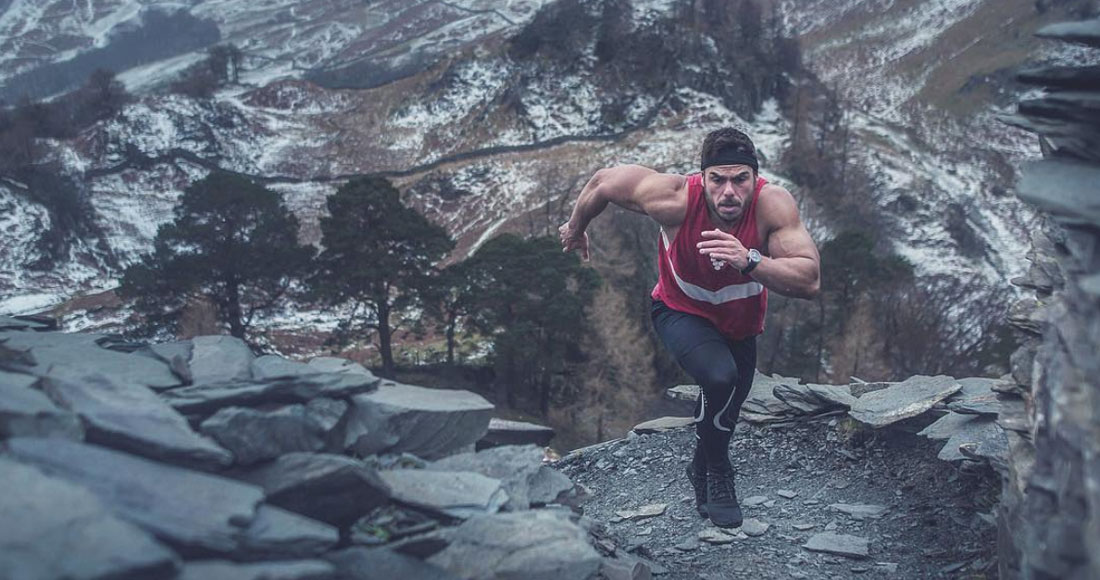 No pain, no gain. Wimps don’t win. All progress takes place outside the comfort zone. We’ve all heard the sayings, but with more and more athletes jumping on the slow and steady bandwagon, is there still a place for a workout that brings tears to your eyes (and lactic acid to every muscle in your body)?

According to Ross Edgeley—a British adventurer, author of The World’s Fittest Book, strength coach and performance nutritionist—there sure as heck is. In fact, it is an essential component of any aspiring athlete’s success.

Throughout such feats as running 30 marathons in 30 days and swimming around the entirety of Great Britain in 157 days, all while maintaining a physique that puts the hulk to shame, Ross has proved that cardio and muscle building are not mutually exclusive.

He has also proved that it is not your genetically pre-determined pain threshold that decides your ability to become a successful (and insanely ripped) athlete—it is your learned ability to tolerate said pain. And although this skill is particularly relevant to endurance athletes, it is applicable across the board.

So—without taking it too far and causing yourself an injury—every self-respecting fitness (or muscle building) fanatic should listen to the celebrated strongman’s tips for increasing your pain tolerance (and thus your ability to train at a higher level).

Taking to Instagram with a dramatic shot of him running sprints in the fells, Ross yesterday took what any other bloke would use as a Tinder profile and turns it into a lesson.

“Today’s training: sprints on the fells to recalibrate the mind & perception to pain,” the post begins. Ross then explains how his penchant for punishment was inspired by Emil Zátopek, who is widely considered the greatest runner of the 20th century.

“He’s best known for winning 3 gold medals at the 1952 Summer Olympics in Helsinki (5k, 10k and marathon),” Ross points out: “But the reason Zátopek is a hero of mine is because his success had little to do with his running technique, but rather his unparalleled work ethic and resilience to pain.”

“What Zátopek understood,” Ross continues, “Is training (not only) expands the capabilities of the muscles and heart but also recalibrates the brain’s horizons and perceptions to pain.”

“This is based on research… (from) the European Journal of Physiology who found high intensity training does not change your pain sensitivity (the point at which you notice pain), but can increase pain tolerance (how long you’re willing to endure pain).”

As for ways to practice: one need look no further than Ross’s Instagram, which features an array of activities that would intimidate even the most avid masochist.

And finally, for the truly  brave—try swimming in the icy cold waters of Scotland with the possibility of jellyfish and a vicious current, and the certainty of exhaustion and wetsuit rash…

HOW TO push beyond perceived fatigue and physical limit (taken from this week’s #greatbritishswim episode | see link in bio)… “Because of the body’s innate, in-built self-preservation mechanisms and desire to maintain homeostasis, we are often more powerful than even our own minds allow us to believe as the brain will override your physical ability to run, swim or cycle for a set pace or distance and “shut the body down” before you’re able to do serious or permanent damage to yourself. If you learn to override this ability (safely) you are capable of tapping into your most powerful and primitive state.” BIG thank you to my Brocean brother @jamesappletonphotography who perfectly sums this up on this picture taken post 20 mile swim 😊