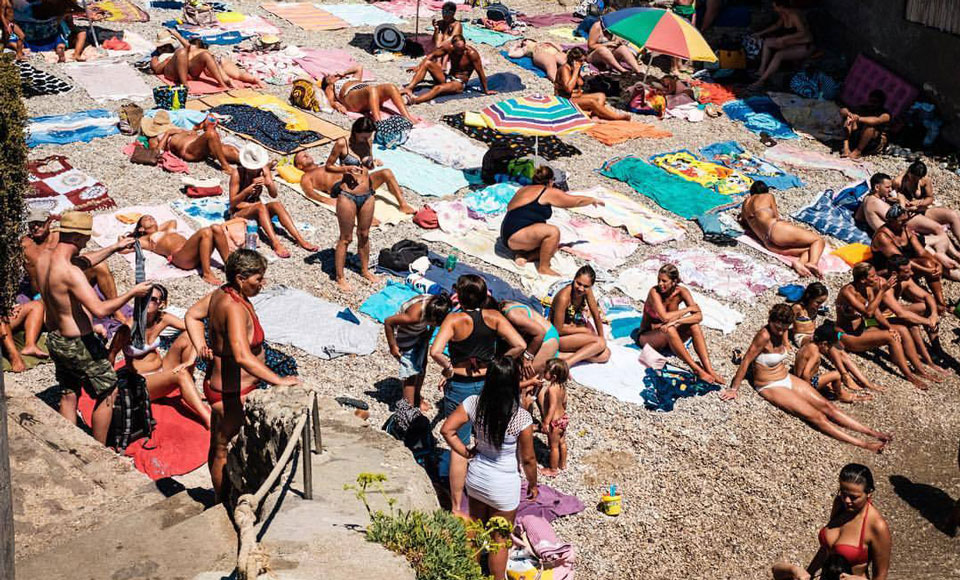 Babylonian beach scenes from the Green Island of Ischia and the lavish Marina Piccola of Capri have just re-ignited the most picturesque debate of all time: are Italian beaches really the best in the world?

Captured by Doors Of Italy founder Ryan Neeven, and then reposted to Type 7 — a luxury car and travel Instagram account — the iconic images immediately sparked debate among travel fans online.

“The seaside towns of Italy are a world in themselves, drastically different landscapes and culture of the hustle and bustle of the big cities like Milano and Roma. From the shores of the Tyrrhenian Sea to the quiet coves on the Adriatic Sea, there is nothing like the beaches in Italy. Even though the beaches remain uniquely their own, one thing is consistent throughout and that is the colorful array of perfectly aligned umbrellas clad in colorful broad stripe patterns or dip-dye effects laid out on the warm sand. Inspired by the way Slim Aaron’s captured the elegance and charm of these same beaches many years ago, I use his work as an inspiration and recreated some of these same scenes through a more modern lens. Grab an Aperol Spritz and slip underneath the umbrella on the Green Island of Ischia or to the lavish Marina Piccola on Capri and enjoy Life by the Tide.“ ⁣ Words and photos by @neevenr

While some people suggested that the images are the digital embodiment of everything a discerning traveller should aspire (and hopefully retire) to (“Me in 50 years on photo 7”) others remained unconvinced.

In response to fawning, “The Italians know how to do beach,” and “Makes me want to jump on a plane right now,” type statements, some fans of the page made comments like, “Amazing pics but if I’m honest those beaches look super unpleasant.”

This feeds into a larger debate about whether popular towns should charge tourists for entry — something which neither Ischia nor Capri have done yet, but which has been trialled by the likes of Polignano a Mare and Venice, to varying degrees of success.