Every culture is different but the first sip of your morning brew is something everyone holds sacred. Which is why two German tourists were so surprised when they were fined $1,500 for enjoying a long black next to The Grand Canal in Venice, Italy — one of the most coffee-slurping cities in the world.

As reported by The Independent, the backpackers — a man and woman in their 30s — “were arrested by local police after a resident spotted them… using a camping stove.” They were then fined €950 (A$1,513) — and ordered to leave Venice — for contravening the “rules of public decorum and respect,” city officials said. 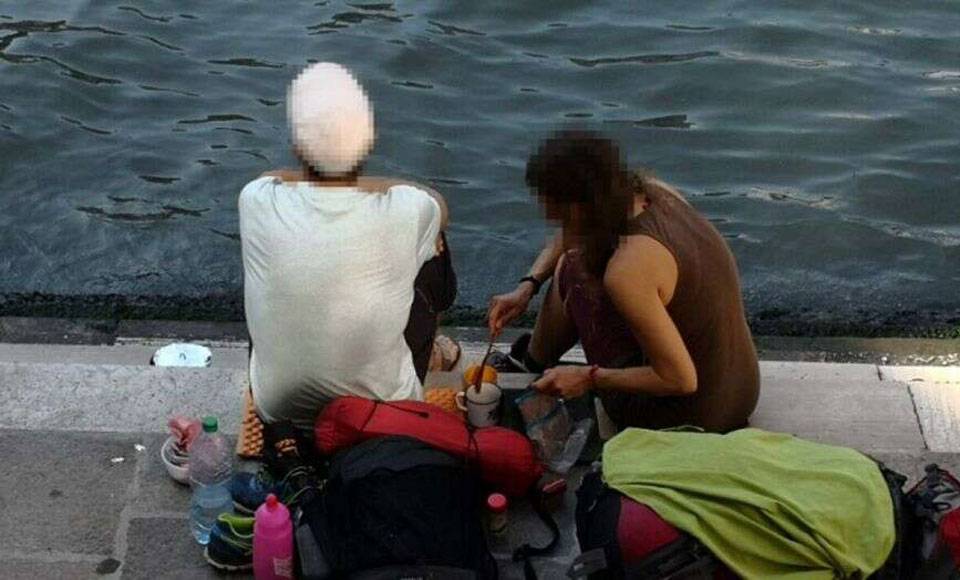 Why so serious? According to Traveller, “Public order laws in Venice, which receives some 30 million tourists a year, include bans on picnicking at certain sites and going shirtless in public spaces.”

And it just so happens the oblivious pair of tourists were camped out on the steps of the iconic Rialto bridge.

Hence the indignation of Venice mayor Luigi Brugnaro, who said: “Venice must be respected and those impolite people who come here and do what they want must understand that. Thanks to the local police, they will be sanctioned and removed.”

This comes at a moment where Venice faces significant challenges with over-tourism, having introduced a controversial tax (€8 during high season and €10 during “critical” times) for short-stay visitors earlier this year.

Much like Barcelona and — to a lesser extent — Polignano a Mare, Venice has experienced local backlash against tourists, who have vastly different lifestyle expectations from a city, and who take over the place in summer months, “far outnumbering locals,” (Traveller).

“The city’s population basically peaked in the 1500s, and though it rallied again to near 16th century levels in the 1970s, today there are just one third as many Venetians as 50 years ago,” (Traveller).

While there are just 270,884 permanent residents in Venice, around 20 million tourists pass through each year — a number which World Population Review says “increases with every year that passes.”

Moral of the story? When you visit the city of coffee and canals, either book somewhere where you get a complimentary latte with breakfast or — if your budget is more student than CEO — make the most of your hostel kitchen and brew your espresso there.

Alternatively, it’s not like cafes are in short supply in Venice, either…