“If counting ‘macros’ was crucial to the human form, Michelangelo would have sculpted it.” 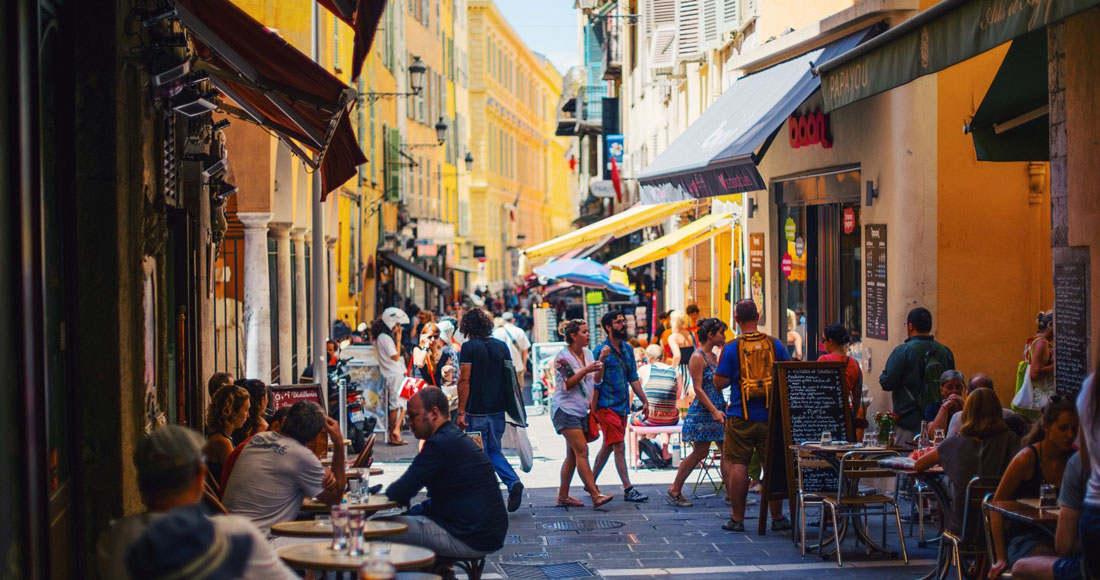 The result? A low carb explosion. Whether it’s tradies talking about elk, hipsters milking almonds or suburban parents trading their morning pinot for bulletproof coffee, no one is exempt.

The nadir is hard to pinpoint. But when historians look back at Australia’s Crossfit Era the moment the first 21st-century office worker attempted a 20-ingredient Paleo Smoothie is likely to be a prime candidate.

Anyway: we’re not here to argue health – on that front Paleo and Keto diets certainly have some benefits. However, when it comes to visiting Italy, carb-averse tourists have a nasty shock in store.

You’ll either starve or be laughed out of the country. Just kidding. You will miss out on all the best food though.

But that’s point-adjacent. The main reason Italians don’t understand Australia’s obsession with dieting is because World Bank statistics show they live longer than us, despite their higher rates of smoking, drinking and (most controversially) pasta-eating.

And that’s not to mention the mental benefits of selective hedonism: an art centuries in the oven.

This culture clash was yesterday illustrated, Michelangelo style, when fashion blogger Nicole Warne made headlines for complaining about the iconic Ristorante Hotel Grotta Palazzese’s refusal to accommodate her request for a meat, dairy and gluten free meal.

I was conflicted posting this; I am aware there are far worse things happening in the world but I am also aware that many of you look to my account as a travel guide and may book places as a result. I don’t like to be part of any form of negativity but I felt compelled to share my experience after so many of you asked where this place was because you wanted to visit. For me, this place was the worst dining experience I have ever had. We were so excited a table was available during our dates, and even after reading the mixed reviews we decided to try it anyway as we saw it is a once in a lifetime experience. I gave them my list of food requirements (I am vegan, with severe gluten, cashew and coconut intolerances) when I made a reservation three months in advance. Upon arrival, the view took our breath away, it truly is serene, but as soon as we sat down we were told the kitchen had not and could not prepare anything not on the set menu. I am used to not being able to eat most options on a menu, but as this was a “fine dining experience” and they asked for my food requirements well in advance, I was frustrated to hear I would still need to pay $180 euros for the set menu, much of which I could not eat. I ended up eating a tiny bowl of beans, two slices of vegetables and was offered a fruit plate as dessert, which I did not eat. The customer service was terrible and I was further disappointed when the staff and the chef would not acknowledge the situation. Beyond my experience, my girlfriend got the normal set menu and found it underwhelming. We are no food critics, but this food seemed to fall victim to a fancy restaurant trying to create fancy food but completely missing the mark and offering bizarre and confusing food as a result. For me, this place is not worth the money even despite the fantastic view. If you are willing to pay just to take photos, then sure, go visit, the photos will be beautiful, but if you’re like us and just appreciate good service and delicious food, then I would highly suggest going to a local restaurant and ordering the $15 euro mouthwatering pasta that was easily better than what we found here for twelve times the price 💔 x

Plus, even though her friend, who tried the whole menu, also found it “underwhelming” it seems highly unlikely they would have posted that if not for the restaurant’s refusal to come up with a separate menu just for her.

While some of her 1.7 million followers were sympathetic (“I found it exactly the same four years ago”), others were not.

“You literally have an intolerance to every kind of Italian food ingredient, I don’t think this is a fair review.”

Anyway (and finally), in terms of nutrition, there are three serious observations to be made.

Second: while pasta is a refined carbohydrate, it is also typically lathered in fresh meat, healthy oils and vegetables, which allows your body to process the meal as a whole, preventing the insulin spike that might occur if you ate a bowl of white San Remo with nothing but ketchup.

Third: If counting ‘macros’ was crucial to the human form, Michelangelo would have sculpted it.