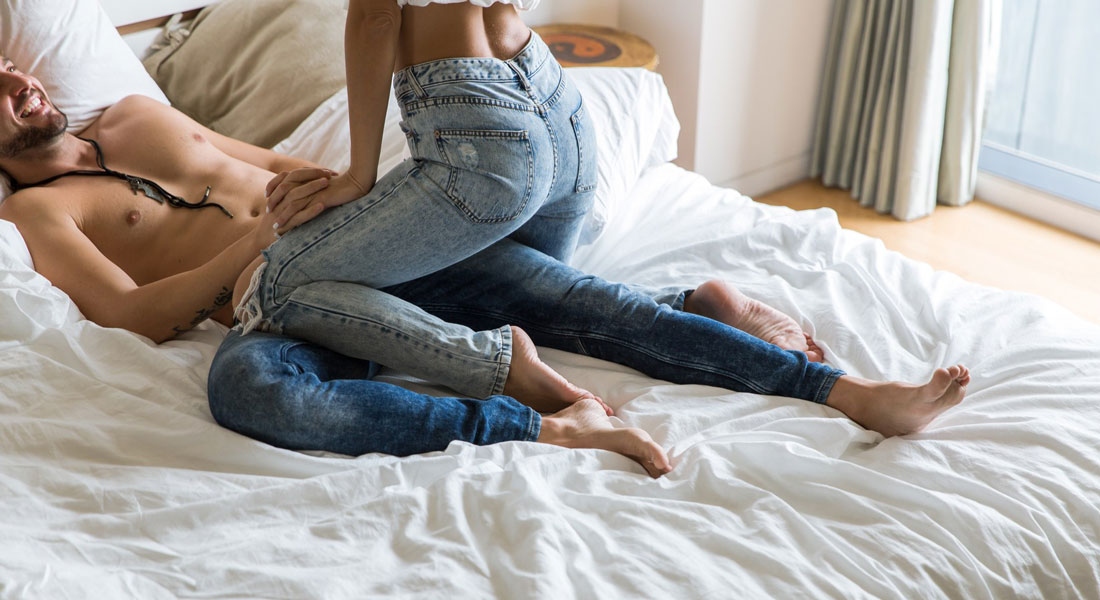 Forget your reliance on sex apps; your verbal sparring matches are the real indicator as to whether your relationship will go the distance.

That is to say; all couples argue but the way you trade barbs says more about your prospects than you might think. That’s according to the latest science, with a new study by The University Of Tennessee (UT) Knoxville discovering that – though they may fight over the same topics – happy couples argue using very different techniques to couples who are destined to break up.

So, what distinguishes the love birds from those that spit venom like Eminem? According to the UT study, “What are the Marital Problems of Happy Couples? A Multi-method, Two-Sample Investigation,” recently published in the Family Process journal, it’s how happy couples argue that makes all the difference.

“Happy couples tend to take a solution-oriented approach to conflict, and this is clear even in the topics that they choose to discuss,” said lead author Amy Rauer, associate professor of child and family studies and director of UT’s Relationships and Development Lab.

On the flip side, this implies dead-in-the-water couples get into it over intractable problems, rather than letting things-that-can’t-be-helped lie.

Couples in both samples were asked to rank their most and least serious issues, which included intimacy, leisure, household, communication and money, as well as health, jealousy, religion and family.

Intimacy, leisure, household communication and money cropped up most often in the “serious” category, while jealousy, religion, and family ranked as the “least serious” across both samples.

Interestingly, when researchers watched couples discussing their problems, they all focused on issues with more obvious solutions, such as the distribution of household labour and how to spend leisure time, rather than the more heavy-hitting topics.

Going against the self-help zeitgeist (which says you should never let skeletons chill in the closet) very few couples in this study argued about issues that are more difficult to resolve. In light of this, Rauer suggests that – both groups having been chosen for their lengthly relationships – this strategic decision may be one of the keys to their marital success.

“Focusing on the perpetual, more-difficult-to-solve problems may undermine partners’ confidence in the relationship.”

Instead, to the degree it is possible, focusing first on more tangible problems may be an effective way to build up both partners’ sense of security in the relationship, Rauer suggested.

“If couples feel that they can work together to resolve their issues, it may give them the confidence to move on to tackling the more difficult issues.”

Practically, this means (for the couples studied), avoiding discussing challenges regarding their spouse’s health and physical intimacy which are more difficult to address without challenging their partner’s sense of competence or making the partner feel vulnerable or embarrassed.

“Since these issues tend to be more difficult to resolve, they are more likely to lead to less marital happiness or the dissolution of the relationship, especially if couples have not banked up any previous successes solving other marital issues.”

As reported by UT’s News Portal, “Researchers also found that couples who were married longer reported fewer serious issues and argued less overall. This is consistent with previous research suggesting that older partners’ perceptions of spending less time with each other may lead them to prioritize their marriage and decide some issues are not worth the argument.”

In other words: choose your partner wisely and your battles even more so…

Or, as Rauer puts it, “Being able to successfully differentiate between issues that need to be resolved versus those that can be laid aside for now may be one of the keys to a long-lasting, happy relationship.”

While this news may be a relief to conflict-averse lovers, it should be noted that further studies are required – including control groups of average and failed relationships – in order to give the findings more weight.

That said, this study’s surprising finding might not be as counterintuitive as it sounds when you consider it in the context of relationship guru Esther Perel’s advice that Americans and Australians need to adopt a more European attitude towards their partnerships.

One of the world’s most celebrated – and controversial – dating experts, Perel (and her books) made such a statement in 2017 that The Economist took a break from covering North Korea’s nuclear stockpile and Wobbling Wallstreet to investigate Westerners’ changing attitudes towards sex.

The main takeaway? “Understand that perfection is not possible in [any] relationship.”

While this could be interpreted as an excuse to lower your standards, we’d suggest you take it as a reason to be more forgiving – both or your partner and yourself – and to set more realistic goals for each other.