It’s barely been two days since the conclusion of the Venice Film Festival and we’re now over in Canada for the Toronto Film Festival. This time it was Daniel Craig’s turn to do something other than James Bond for the premiere of his in between film Knives Out. 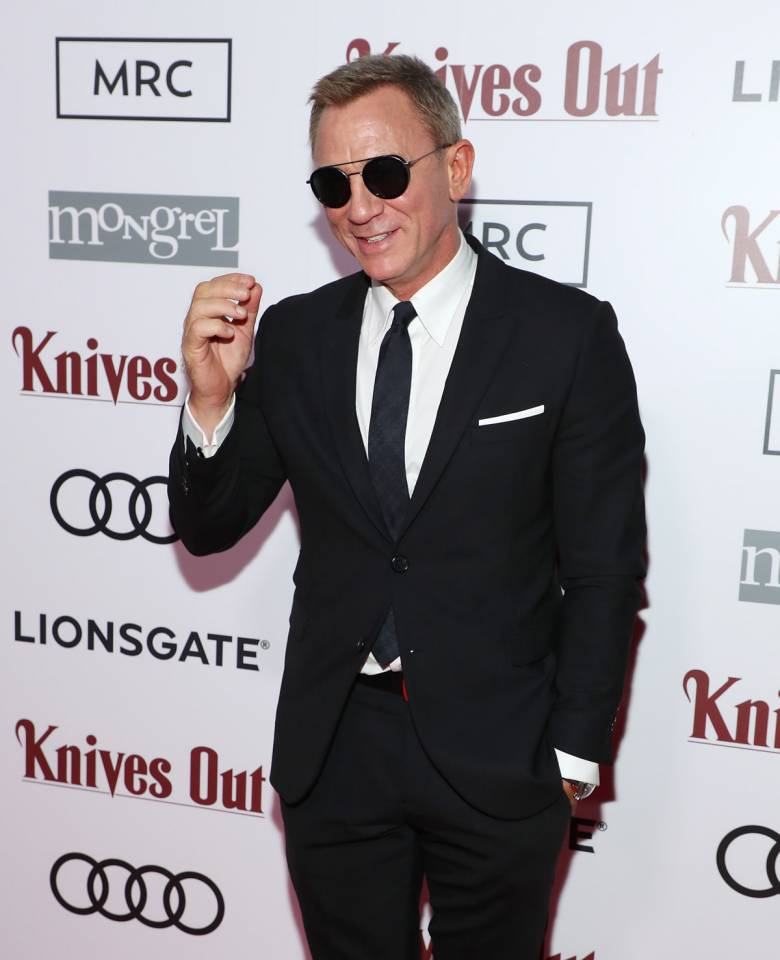 The film is described as a modern take on a murder mystery, that follows a family gathering gone horribly wrong, after the family patriarch’s death leads a master detective to investigate.

In true Daniel Craig style, he decided to hit the red carpet in a mixture of high fashion and zero f*cks. Daniel wore a sleek black suit with a grey / white shirt combination and round black sunglasses to match.

However, most important was what Daniel decided to wear on his feet (which was definitively not a smart pair of black oxfords as one would expect from Jame Bond). Instead, he rocked a pair of loud skull motif Saint Laurent high tops. 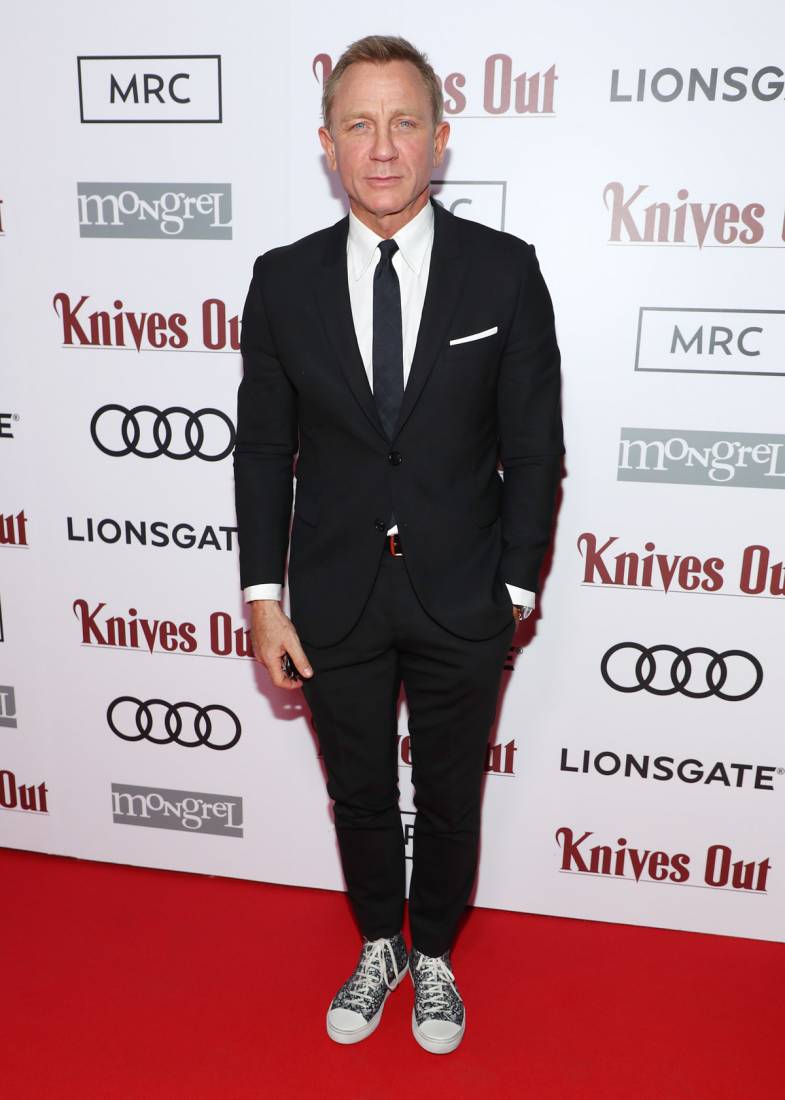 Let’s remind everyone this is not the first time he’s opted for exotic footwear with a suit. Surprisingly the Saint Laurent sneakers work with his fitted black suit combo. We like to think of this as off duty Bond meets New York Fashion Week.

If you like them, these sneakers are currently 40% off at Farfetch.