He’s played James Bond for the better part of fifteen years and one would assume that Daniel Craig would be on the ball when it comes to matching a suit with impeccable footwear fit for a British spy. No so, according to his latest appearance at the official Bond 25 launch in GoldenEye, the home of Ian Flemming’s Jamaican villa. 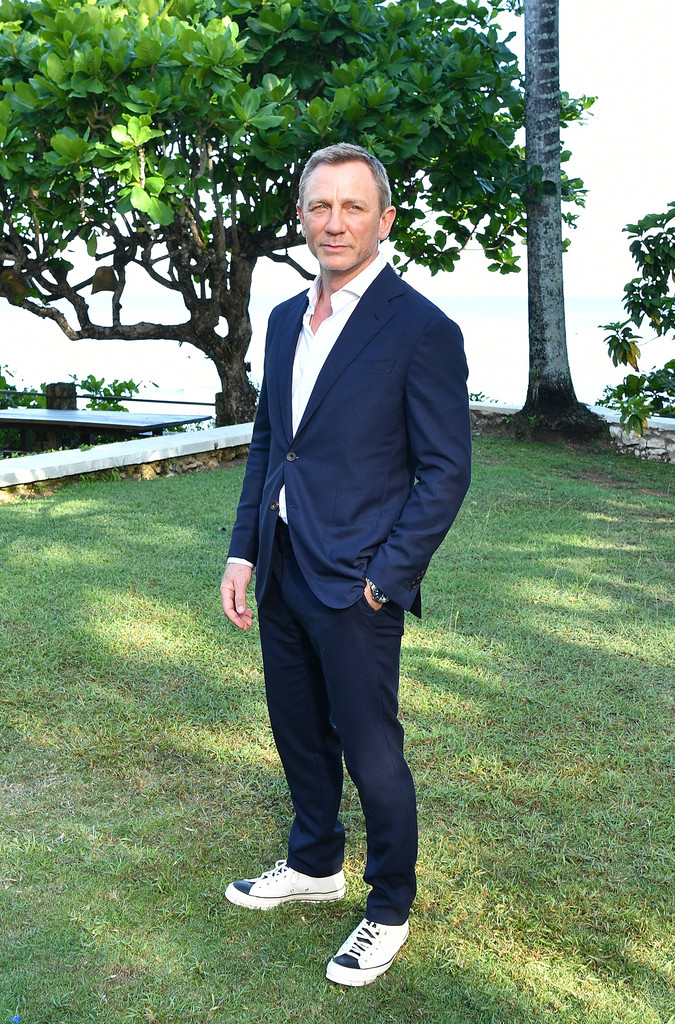 The 51-year-old actor rocked up to the full cast event in a pared down navy suit that’s a bit more…relaxed and less tailored than Bond’s usual Tom Ford fair. What grabbed our attention most though was Craig’s sneaker-suit pairing with a pair of casual white canvas kicks – the same kind you’d find on skater kids and emo bands of the early noughties. Okay, they’re not that bad. Still, with the reputation as the world’s most dapper spy you’d assume Craig would polish things up a bit. 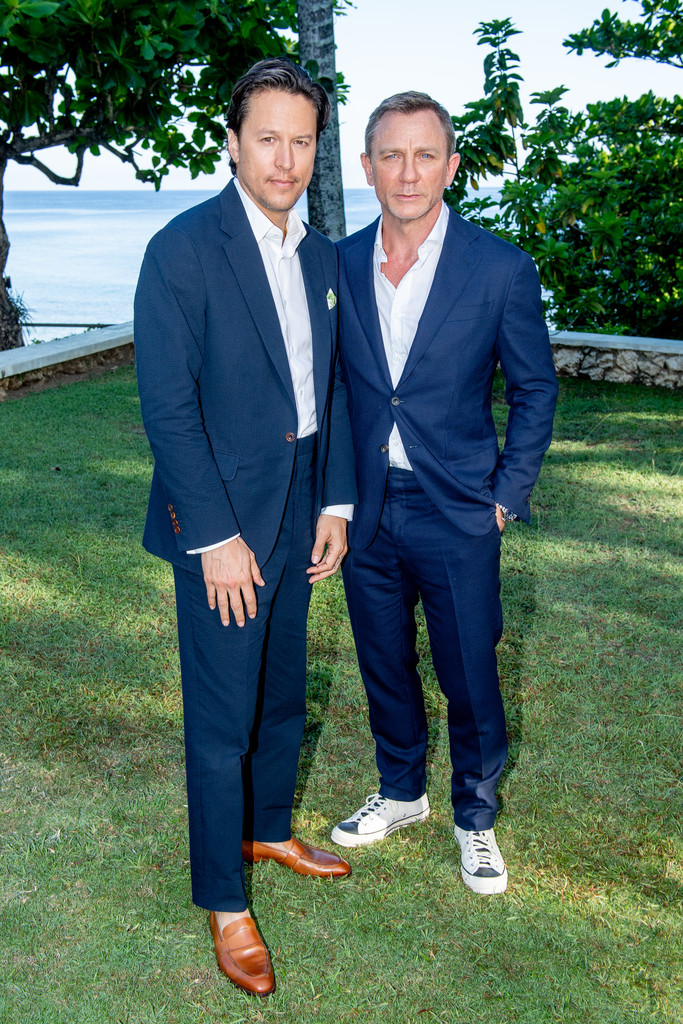 Even Bond 25‘s director Cary Joji Fukunaga put in more effort in a relaxed suit with a pair of tanned loafers, contrasting button navy suit and pocket square combo. Side-by-side, it’s clear that the little things really do make the difference in suiting. On the flip side, at least Craig went for a crispy clean pair of Chucks. 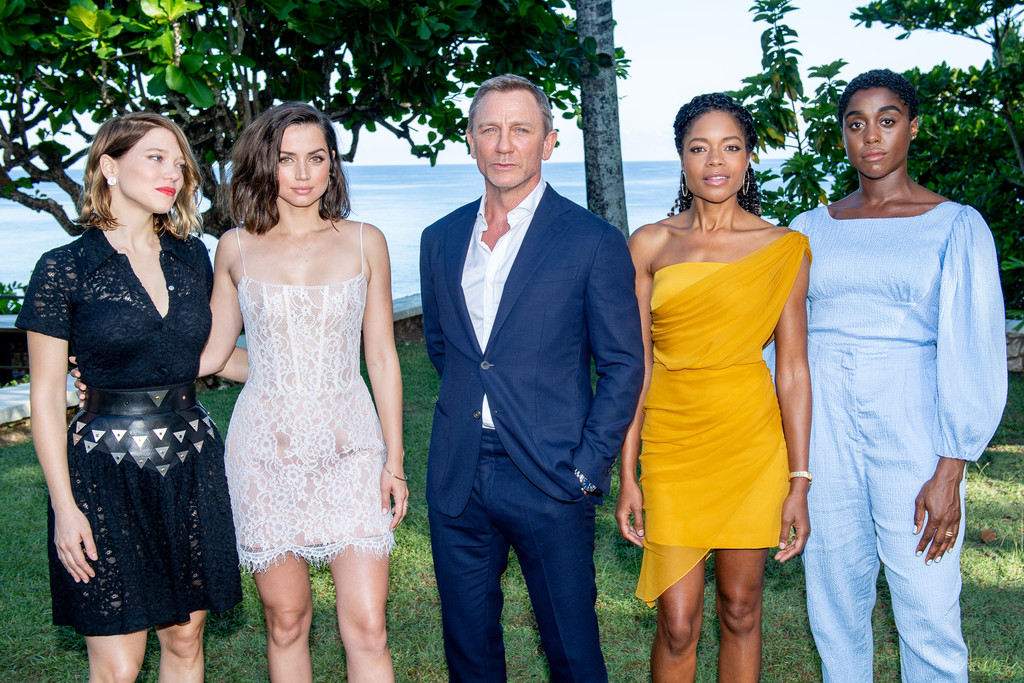 Thankfully Craig’s mediocre summer suit was saved by the female cast who are set to join him in his final Bond outing. Naomie Harris, Léa Seydoux and Ana de Armas flanked the Bond star who gave a slight glimpse of an Omega timepiece. The only question that remains is: where did Daniel Craig get his penchant for scruffy Converse sneakers? 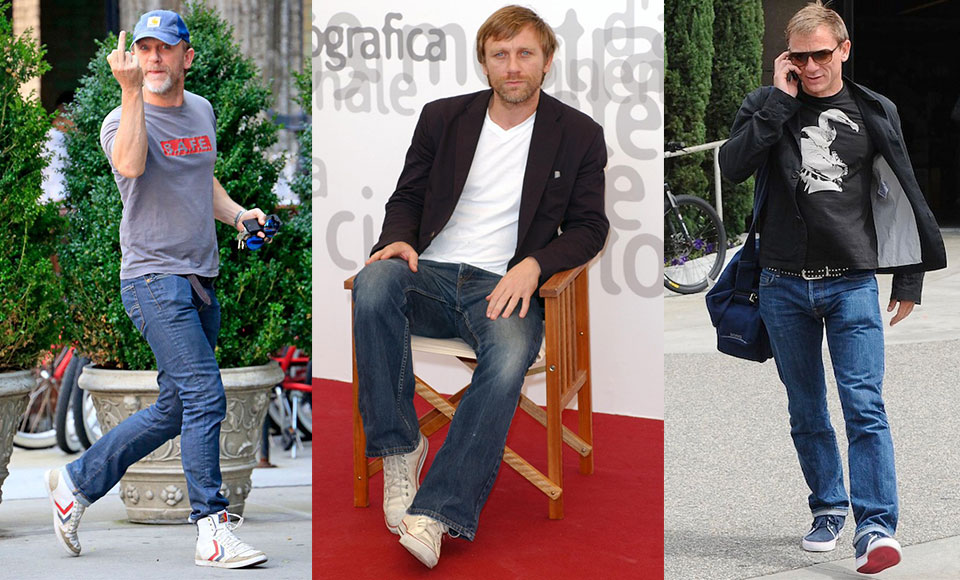 Ask and you shall receive. He could almost double as a drummer for Coldplay. Let’s hope Daniel Craig’s successor does a better job at off duty looks.