A scene even Michelangelo would have struggled to sculpt. 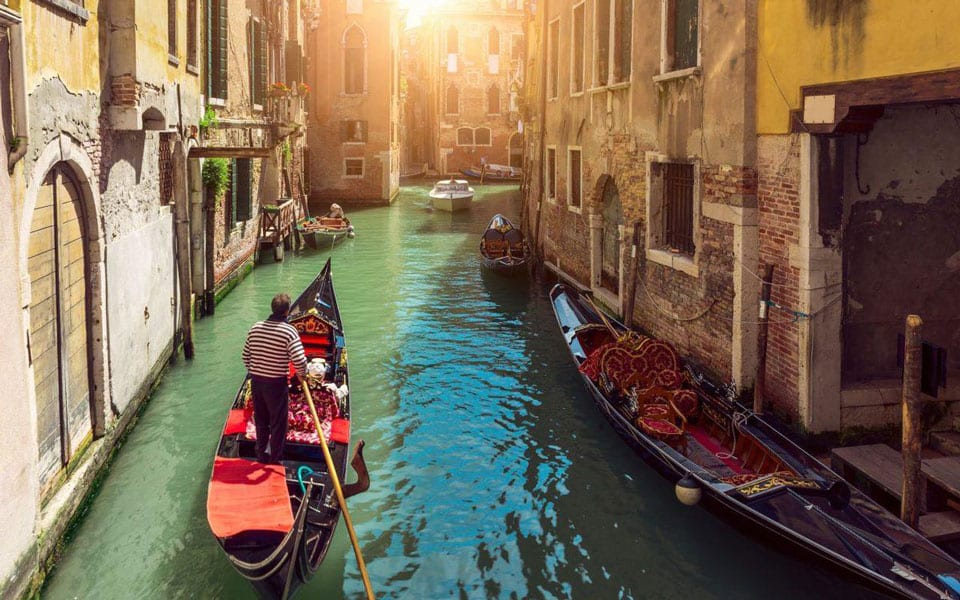 Forget dollars or euros; Instagram followers are the new currency of the 21st century. And as everyone from Italian playboy Gianluca Vacchi to Vanity Fair’s favourite Byron Bay influencer knows, if you want to build your profile (or make your friends as jealous as possible) while gallivanting around Europe, your social media game better be on point.

The problem is, this attitude has led to an onslaught of selfie-stick wielding tourists to areas of the globe that were already unimpressed by foreign attempts to DSLR their locales.

Case in point: Venice, which has passed (civil) law after law in recent years (see: “Morning Coffee Mistake Costs Tourists $1,500”) and started charging tourists entry to the city in order to cope with the influx.

However, despite these respect-encouraging regulations, incidents like this week’s gondola mishap suggest they are not working. How? Well, as Nine.com.au recently reported, “the city’s iconic boatmen are being set upon by selfie-taking, headbutt-happy visitors.”

Or at least one Venetian gondolier is, in an incident that was caught on film and has now, as the cool kids say, ‘blown up.’

As Nine.com.au reported, “The video, posted to Facebook by bystander Dixe el Duse, made news in local rag La Nuova Venezia, who reported that a group of four South American tourists climbed aboard the man’s gondola to take a selfie without his knowledge or permission.”

So far so rude.

“When the boatman asked the two adults and two children to disembark, a row ensued that saw the male trespasser push and headbutt the gondolier multiple times, before knocking off his traditional hat and punching him in the jaw.” 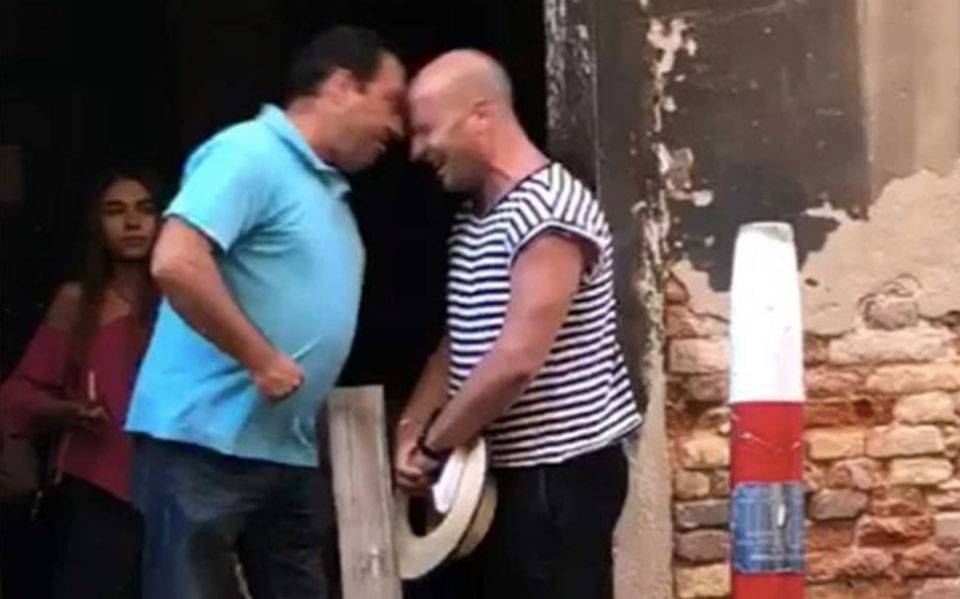 The incident comes to a head… (Image: Dixe el Duse)

While we’ll spare you the blurry footage, the gondolier remained oddly calm throughout the confrontation, even smiling at points, lending the saga a Camus type feel.

As we mentioned earlier, this is not the first time tourists have caused trouble in Italy, with significant crackdowns on activities like sleeping in public spaces, chaining bikes to railings, jumping in fountains and preparing food on public walkways all coming under intense scrutiny this past summer.

And you can now add taking uninvited selfies on gondolas to that list, especially if you want to avoid a (possible) citizen’s arrest and social media shaming…