Forget the Space Race; 2019 is all about the Pacific Rim Rally. 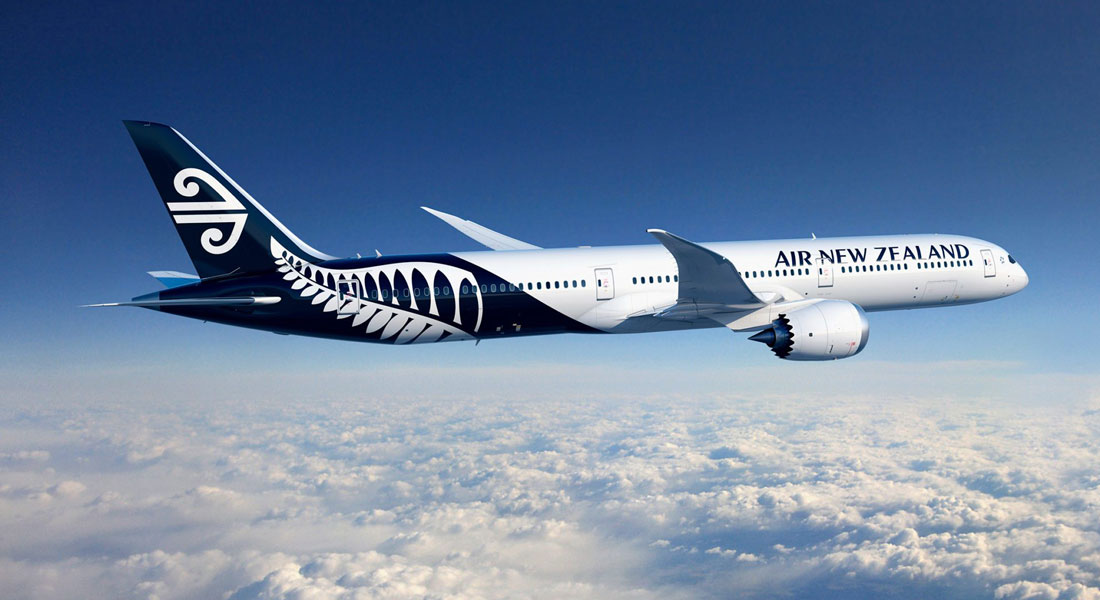 It’s been less than a week since Qantas’ epic 20-hour test flight landed in Sydney, and only days since Virgin Australia secured landing rights in Haneda, but Air New Zealand has already stolen both their thunder.

The flagship Kiwi carrier is launching direct flights from Auckland to New York as of October 2020.

Air New Zealand acting chief executive officer Jeff McDowall said yesterday this comes as the airline accelerates “its ambitions” for North America, and will be achieved with a 787-9 Dreamliner.

“Air New Zealand is strongest when operating direct flights to and from our home base, and this reset will put us in the best possible position to take advantage of increasing demand across the Pacific Rim,” he said.

“Visitor growth to New Zealand is strongest from North America and performance of our new service to Chicago is exceeding expectations.”

“New York has been an aspiration for Air New Zealand for some time,” he added. So what are the implications? Is Air New Zealand stepping on Australian airlines’ toes with this change? Do Qantas and Virgin Australia have reason to be worried?

To shed light on these questions D’Marge got in touch with Immanuel Debeer – a prolific pointy end flyer (and owner of frequent flyer website Flight Hacks) – who travels between Australia and the US more often than most people fly between Melbourne and Sydney.

“Yes, it’s a great move,” Immanuel told D’Marge, “Air New Zealand already has a lot of flights into Australia so it makes for an easy connection. More often than not their pricing is also a lot sharper compared to Qantas and Virgin Australia so it makes sense for Aussies to do a quick stop in Auckland.”

So far so stepping on toes.

“Air New Zealand also offers the SkyBed in Economy class, which is three seats that fold into a bed (very useful if you’re travelling with kids),” he says. However, he adds, “Their business class seats are unfortunately very outdated and lack privacy and space.”

“That said, Air New Zealand is working on a ‘secret’ new seat design for the business class cabin which is set to be released in 2020. Until then, the Qantas business class seats are much more comfortable.”

So even though Air New Zealand is not announcing designs on Qantas and Virgin Australia’s share of the Pacific Rim market, their actions suggest that’s exactly what they are doing (or, at least, that they are trying to ensure they get the full extent of their own share).

In any case, it’s a competitive offering, with Immanuel comparing the various airlines’ flight prices from Los Angeles from Perth.

“While Qantas clocks in at $11,903 return and Virgin Australia $14,672 (yikes!), Air New Zealand charges $4,945 for the same flight with a quick stop in Auckland. The total travel time is only 15 minutes more as well so it’s an easy win. I think we will see some strong competition on this New York route; a classic Aussie vs Kiwi contest.”

As competition tends to lead to better value tickets and reduced prices, this looks like good news for Australian, Kiwi and American travellers alike.

D’Marge has reached out to both Qantas and Virgin Australia, but at the time of publication is yet to receive a response.

The other aspect of the change, which Air New Zealand acting chief executive officer Jeff McDowall announced yesterday in a media release, is the decision to drop Air New Zealand’s Los Angeles to London flights (a route that has been in place since 1982), a move that has been made due to the same market changes that prompted the new route from Auckland to New York.

“Today Kiwis have more than twice the number of ways to fly to London than a decade ago and preferences have changed… Less than 7 per cent of all airline travellers between Auckland and London chose to fly via Los Angeles last year.”

“At the same time,” he continued, “The Atlantic has become one of the most hotly contested routes in the world, and Air New Zealand lacks the home market advantages and scale of the North American and European airlines we’re up against.”

Mr McDowall also said Air New Zealand’s Los Angeles – London route would operate as scheduled until October 2020, to allow its staff time to transition into new jobs and to avoid any impact to customers who already have trips booked.

For those interested in flying from Auckland to The Big Apple (once the route is operational), the route will start with three flights a week from Auckland Airport to the NY-adjacent Newark Liberty International Airport, which is also a hub for Star Alliance partner United Airlines.

As for what it will do to your body: it’s much like flying from Sydney to Dubai, but an hour and a half longer (the 14,178km trek, which is the fifth-longest flight in the world by distance, will take 15 hours and 40 minutes from Auckland to New York, and 17 hours and 40 minutes on the return leg).