Why Men Who Drive Convertibles Will Never Be Taken Seriously

Think you look good? You don’t. 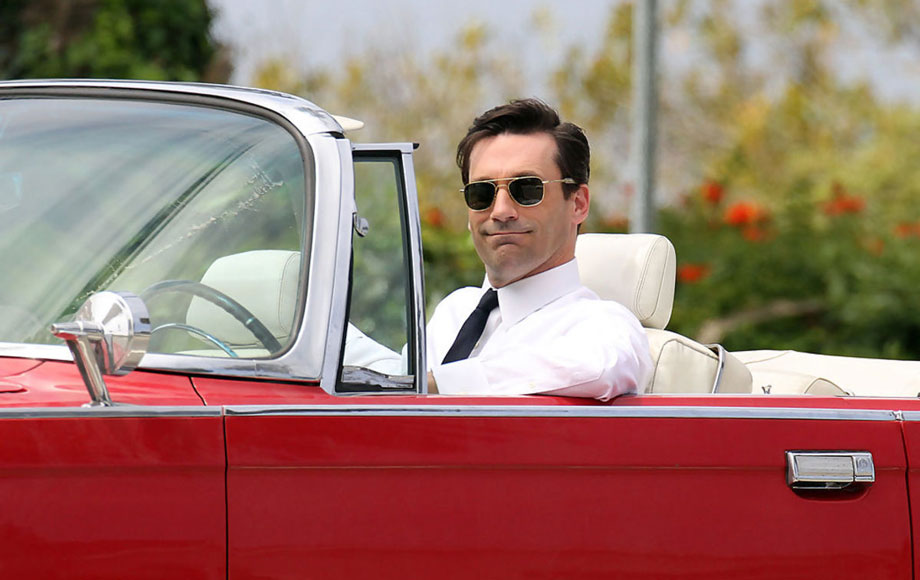 “Tosser”, you’ll say as some tanned guy with stress-free skin bombs it past you on the M1, hair ruffling in the breeze. “That’s a hairdresser’s car,” you’ll tell your friend when he shows up at the pub with his new drop-top, looking all smug. There’s something about a man driving a car without a roof that has never fully sat well with society.

The most common affiliation with men and convertibles is the idea they are going through a midlife crisis. And if the lust of a younger woman isn’t feasible, a new car is next on the list. Being middle-aged (which is officially between 45 and 64 years old), the man will likely be financially well-off in order to facilitate a car purchase. The result is either something brand new from Germany, or something vintage that can only be taken out on Sundays, and even then, only if conditions are just right.

Of course, the other common connection between a man and a swanky soft-top is that he’s overcompensating. While he may think his car will attract the attention of ladies, due to its looks and large engine, the ladies will often assume the man is anything but big.

For this reason, it takes a real gentleman (or a complete madman) to pull off the convertible. The problem is, beyond fictional characters like James Bond (who is set to move to an electric car anyway in the upcoming No Time To Die) and Don Draper, few men fall into this category, let alone the ones that have worked themselves to the bone to buy a car they can’t really afford.

You’re neither of these men and you’re certainly not David Gandy, so sticking to a car with an actual roof is the best option to avoid getting judgemental looks at the traffic lights. Don’t believe us? When it comes down to whether a sports car will make a man more or less attractive, one female user on Reddit says: “Honestly, I find sports cars kinda douchey and unattractive.”

“Of the two, definitely a car with a roof – convertibles are very impractical in my climate and scream “mid-life crisis” – but to the extent that I’d care about any car, which is minimal, I’d be more impressed by a guy that drove a sensible and economical vehicle.”

Another user on Lipstick Alley adds: “I’m a car girl, and dudes in convertibles [sic] is, IN MY OPINION, lame. They just don’t handle as well as hardtop and of course if you get into an accident, ya head gon be gone.” We don’t know about you, but we like our head.

Oh and it’s not just internet commenters that share this opinion: industry professionals agree that guys should steer clear of the convertible if they want to be taken seriously.

WhichCar? Content Director Glenn Butler says: “As for convertibles… The car industry actually agrees with us – no one, let alone men, should drive a convertible. No one even buys the Ford Mustang droptop, which is arguably the best looking of the lot.”

That said, according to Glenn, with the right car, you can at least improve your chances: “There are still a few roadsters worthy of respect. Mercedes-AMG GT Roadster… that is 430kW of twin-turbo V8 hard-ass right there. And If you’ve ever driven an early ’00s BMW Z3 M Roadster, you simply don’t care what people think of you, because they won’t see which way you went.”

Motoring journalist Stephen Corby, who has written for a multitude of automotive titles, also weighed in, telling D’Marge to purchase with caution…

“A person who buys a convertible thus should never be taken seriously. If you have any doubts, just go and count how many convertibles there are running around at your nearest track day. They’re about as common at race circuits as giraffes at the ballet.”

While there will always be cases for and against men and convertibles, we’re sorry to say that even though they’re undeniably cool, we just wouldn’t find ourselves sitting behind the wheel of a drop-top. We suggest you don’t either.