“What we do is still the same, but a lot of the external factors… have changed out of sight.” 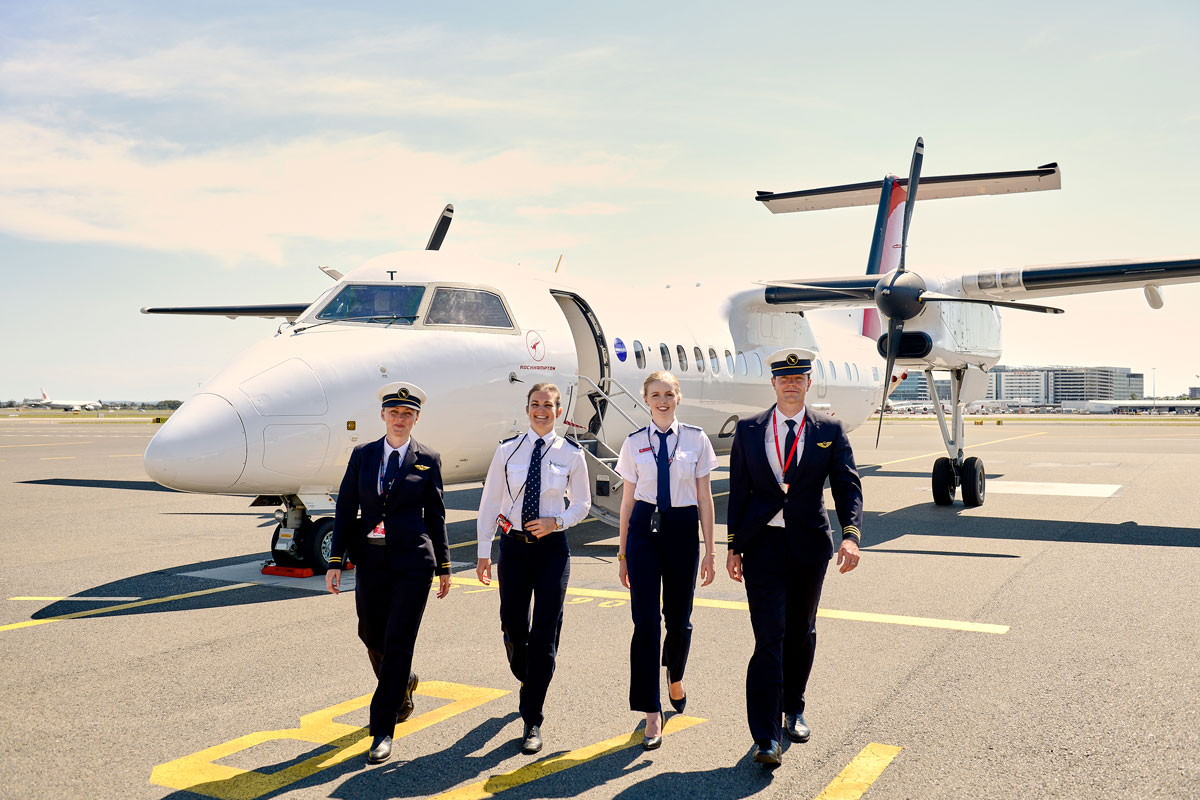 As hospitals expand their capacities, the ASX makes The Big Dipper look flat and Netflix gets 16 million new sign-ups, COVID 19 has affected our lives in more ways than you can throw a face mask at.

But while we all know the sensation of holding our breath as a runner brushes by, or wincing as we’re forced to press the ‘look up item’ button at the self serve counter, most of us have no idea what it’s like to be a pilot right now.

While there have been uplifting stories on “flight attendants’ favourite cities to spend the night,” eerie exposes about flying (as a passenger) and a shit tonne of economic analysis on The Pesky Virus, nothing has come out on what Australian pilots are going through right now.

That in mind, DMARGE got in contact with a Qantas pilot, who has revealed to us what it’s like to be an Australian pilot right now.

“It’s a hugely uncertain time and consequently pretty stressful,” the Qantas pilot told DMARGE. “There are question marks around the viability of a lot of airlines, both during and post this crisis, and obviously a lot of people in the aviation sector will lose their jobs.”

With the skies empty but for a government-funded, bare-bones, domestic network, “the atmosphere has changed significantly” the pilot told DMARGE. “What we do is still the same but a lot of the external factors related to our job have changed out of sight.”

This means, contrary to what you might expect (or at least to what we, having flown from Melbourne to Sydney, expected), the experience of being a pilot has changed almost as much as that of being a flight attendant – it’s just less obvious than a quarter-full cabin.

“Passenger numbers are almost nonexistent, the airlines are using skeleton staff so operational support is reduced, and there are also significant complications associated with isolation requirements both domestically and internationally,” the Qantas pilot told DMARGE.

What does “reduced” operational support mean, exactly? DMARGE pressed the point: “I was referring to the fact that most departments have been reduced to absolute minimum staff. That being said necessary functions like engineering and ground handling are all staffed appropriately.”

“The elephant in the ‘flight deck’ though is what is our industry going to look like on the other side of this, and who is going to have a job. That’s obviously a significant stress [point] to have in a very safety-sensitive environment and one we need to look out for, and look after each other, in order to manage.”

“Qantas has not made any mention of Pilot job losses, currently most pilots are stood down. If it came to that it would be in accordance with the relevant enterprise agreement, and seniority or tenure would play a part in determining who stays and who goes.”

In order to keep themselves occupied while stood down, some Qantas pilots have chosen to help the community in other ways.

Others have taken work with the flying doctor service, and yet more, Qantas has told DMARGE, have chosen to help out in Qantas flight training schools.

As for the more immediate techniques and strategies to help pilots cope with these challenging times, this is probably a good time to remind you that – if anyone is trained to perform under pressure, it’s pilots.

Thanks Captain Brett Newsham and the whole Qantas crew (in the air and on the ground) for helping bring our Aussies back home. Captain Newsham shared his thoughts from 36,000 feet over the Pacific Ocean, on this special flight QF 7028 from Lima (Peru) to Australia. This flight had a range of extra cabin safety measures in place for crew and passengers.