Let’s get a few things straight. It’s not advisable you go to the supermarket frivolously in these times, let alone bounce interstate. However… if you must fly in the time of Coronavirus, you might like to know what you’re in for.

Fortunately for the curious, I got stuck in Melbourne last week after being informed a friend I had hung out with 10 days previously had Coronavirus. Though I managed to avoid catching it, taking the test and putting myself in self-quarantine was enough to ensure I missed my (planned) flight home (before the travel situation got even more hectic).

This is how I found myself, last Wednesday, on a peak hour flight back from Melbourne to Sydney (since then flights have been even further limited). I say peak hour, because the flight directly before mine was cancelled and those passengers were bumped back to mine. Even so the plane, as you can see, was half empty.

That said, some areas were more crowded than others – something those who made the mistake of rushing for the front seats (off first!) quickly discovered, as they found themselves not-quite-social distancing.

Instead, it was smarter to resist the temptation to be first out the can, and choose a back seat or row further towards the tail. Not that I can talk – when we were offered the chance to change our seat at the gate or via an app, I chickened out (but was fortunately already booked into a relatively uncrowded area down the back).

The lounge, on the other hand, was quite busy, and Qantas was taking measures to reduce the possible spread of the virus with such considerations as making usually-communal magazines available on request, as seen below. 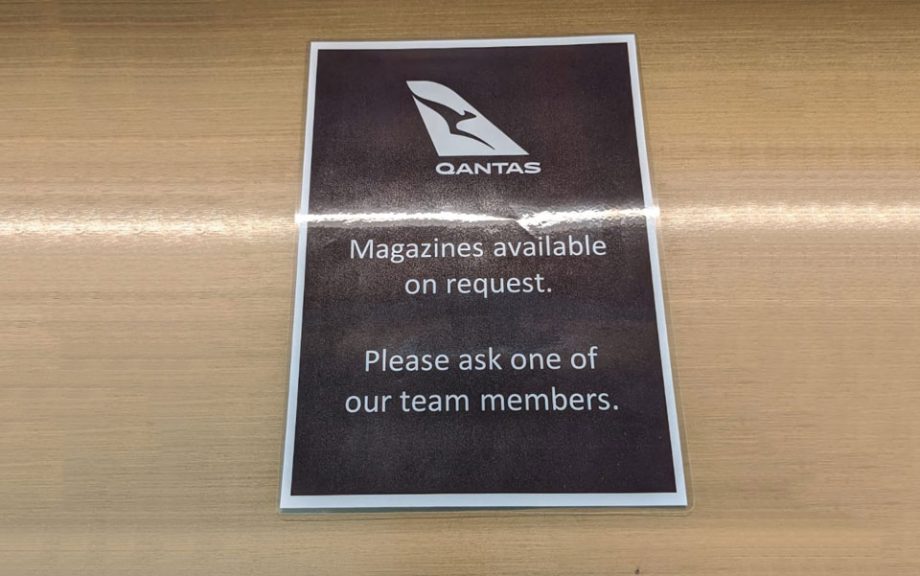 Other observations? There were no temperature checks upon boarding or disembarking – not that you would have expected this, as it was a domestic flight, and it isn’t the policy of any airline to do this currently, but given my overactive imagination I half expected it. 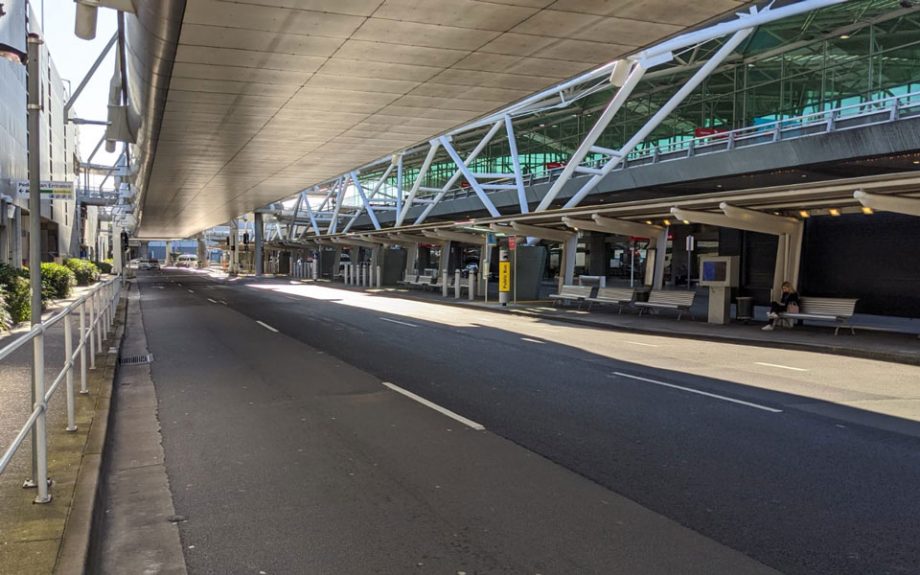 There were also plenty of frequent flyer seats available (this mattered last week but isn’t quite so relevant now everyone’s got a year’s free extension of status), as well as a rather empty looking bus station.

All in all, it was a boring but eerie journey: I’m no germaphobe but I was definitely on edge.