TAG Heuer has just gifted us with some welcome news amidst the global pandemic we’re currently stuck in the middle of. It comes in the form of a brand new timepiece, the Aquaracer GMT. And before you say anything, yes, we’re well aware it looks remarkably familiar to another well-known GMT watch.

Although, the only real similarity between TAG’s GMT and Rolex’s is the two-tone blue/black ‘Batman’ colour of the bezel. Considering the function of the watch, however, we have to forgive TAG Heuer to a certain degree because tracking day and night in the form of blue and black colourways is entirely logical. This latest GMT joins TAG’s other Aquaracer model with GMT function, which coincidentally features a ‘Pepsi’ bi-colour bezel. 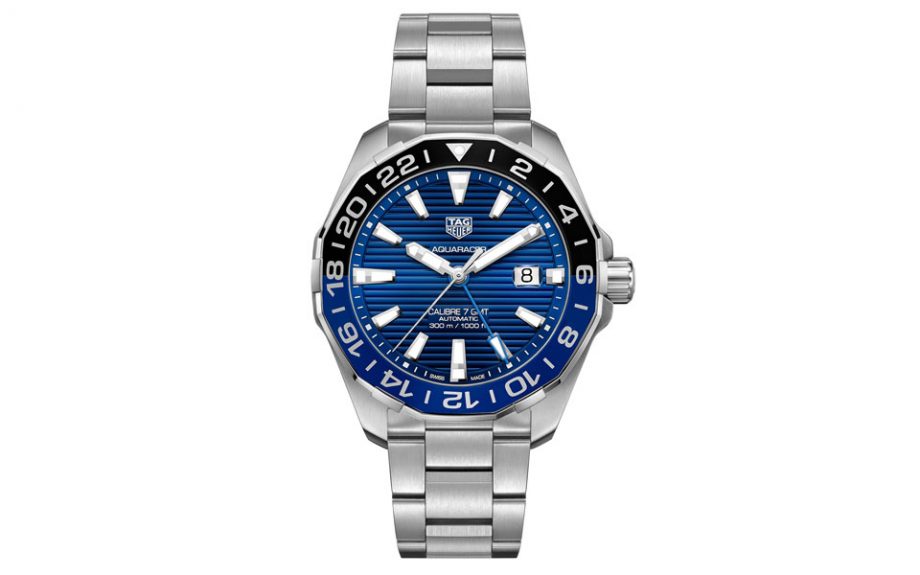 Elsewhere it’s business as usual for the Aquaracer family of dive watches, which was first introduced in 2003. It sports a recognisable, angular casing – in 43mm guise – with matching lugs, although for this GMT variation, TAG has opted for a more vibrant dial. Here you get a blue dial with ridged accents and a sunray finish, albeit rather subtle.

Running the show is TAG Heuer’s Calibre 7 movement, which allows for an independently adjustable GMT hand –featuring a large pointed arrow and finished in blue – which depicts the time in another timezone by pointing to the outer minute track of the main dial.

The Calibre 7 isn’t an in-house made movement but is based on either an ETA 2893-2 or the Sellita SW300, with power reserves of 42 and 46 hours, respectively. In the case of this Aquaracer, you’ll get the full 46 hours. 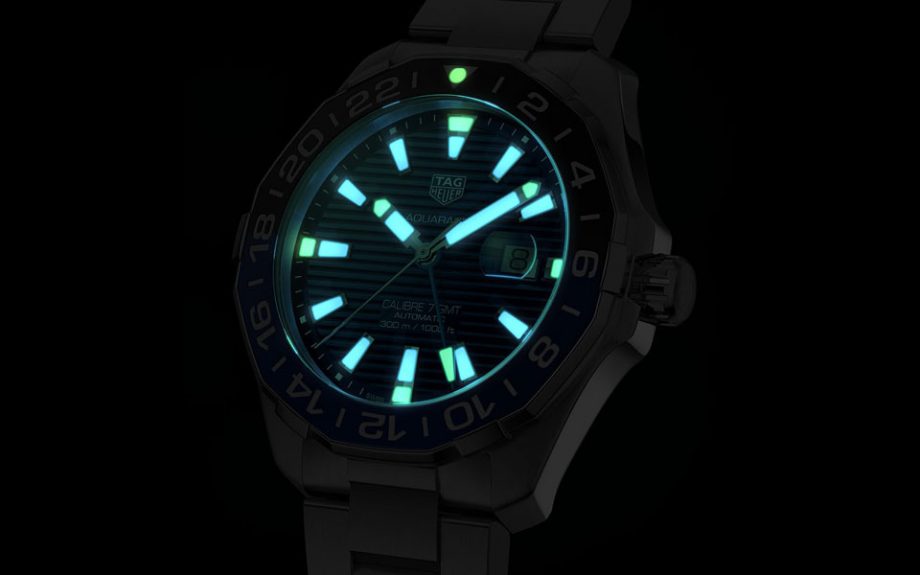 TAG has given the Aquaracer GMT a screw-down crown, which assists it allowing it to be water-resistant up to 300 metres, while the indices, hands and pip on the rotating bezel have all been given the Super-LumiNova treatment for enhanced visibility at night.

And the best part? It’s available to buy now, direct from TAG Heuer’s website, for AU$4,150.