Think luxury watchmakers and there’s a good chance TAG Heuer will feature in your top 10. The Swiss company has been making luxurious timepieces since 1860, although it wasn’t until 1985 and a takeover by the TAG Group, that TAG Heuer found its name. For its first 125 years, it was simply known as Heuer.

Founded in St-Imier, Switzerland by Edouard Heuer, Heuer (or technically Uhrenmanufaktur Heuer AG), the watchmaker patented its first chronograph timepiece in 1882, followed by another patent, this time for an “oscillating pinion” in 1887. The first chronograph watch to roll out of Heuer’s factory arrived in 1914 although because it was adapted from a pocket-watch chronograph, the crown was found at 12 o’clock.

Edouard’s son was responsible for developing the first stopwatch accurate to 1/100 of a second, called the Mikrograph. The Autavia name arrived in 1933 as a dashboard timer for automobiles and aviation (AUTomobile and AVIAtion.)

Heuer watches found a particular affinity with racing drivers, who valued their stopwatch functions. As a result, Heuer began producing special versions of its timepieces specifically for individual race teams. After a secret collaboration with Breitling and Hamilton in the 1960s to develop automatic chronograph, Heuer released the Autavia, Carrera and Monaco models with automatic chronograph movements.

Some of TAG Heuer’s watches have gained legendary status among the watch community so choosing a shortlist of the best has been no easy task. Regardless, we’ve risen to the occasion to bring you the must-own TAG Heuer timepieces. 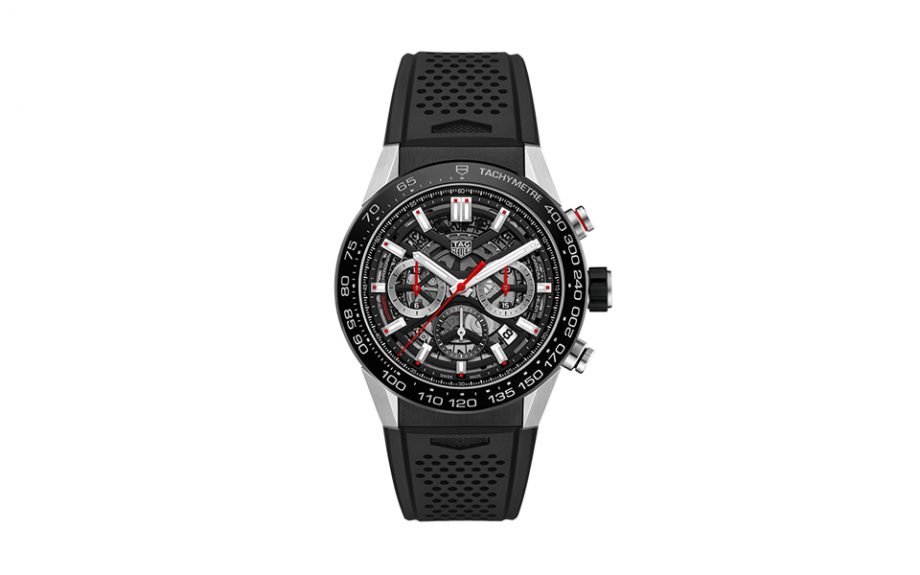 The Carrera was introduced in 1964 to commemorate the Carrera Panamericana road race in Mexico. At the time, it was the first chronograph designed specifically to measure times in car racing. Since its introduction, the Carrera has spawned several versions of different sizes and dial designs, and some use different movements.

This 45mm model has a distinctive skeletonised dial and black and steel colouring, complete with matching black rubber strap. It’s powered by an in-house Heuer-02 movement which is used in other Carrera models as well as some Autavia models and has an impressive 80-hour power reserve. 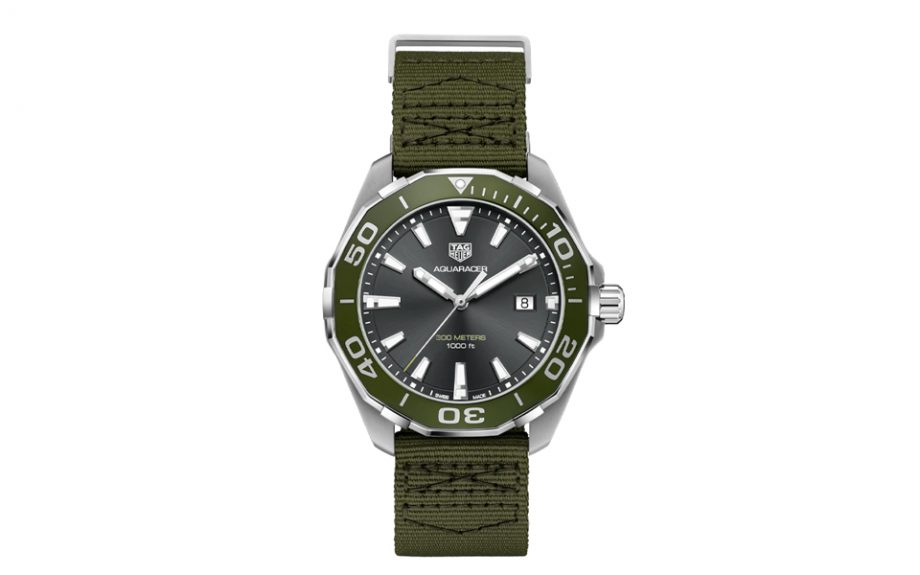 The Aquaracer family arrived in 2003 as a tool watch for divers, but despite being a professional timepiece it has found a customer base among the general public. While some Aquaracer models feature TAG Heuer’s Calibre S electro-mechanical chronograph movement, this particular edition relies on quartz. That may mean you will eventually have to change the battery, but in return, you get precise timekeeping and in this case, a supercool Khaki green colour. And not to mention, it’s incredibly affordable. 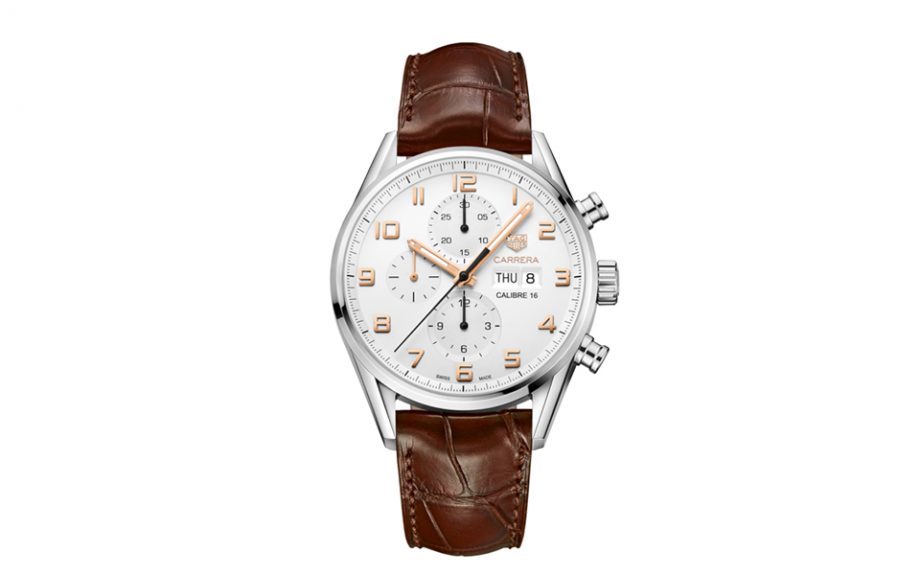 Another Carrera here, this time a Day-Date version that utilises the company’s Calibre 16 movement, which is based on an ETA 7750, often regarded as one of the finest automatic movements to be produced. It allows this Carrera to measure 1/4 seconds, 30 minutes and 12 hours, as well as showing the day and date. The combination of rose gold hour markers and hands with the brown alligator leather strap is particularly alluring, giving the racing-orientated timepiece a touch of class. 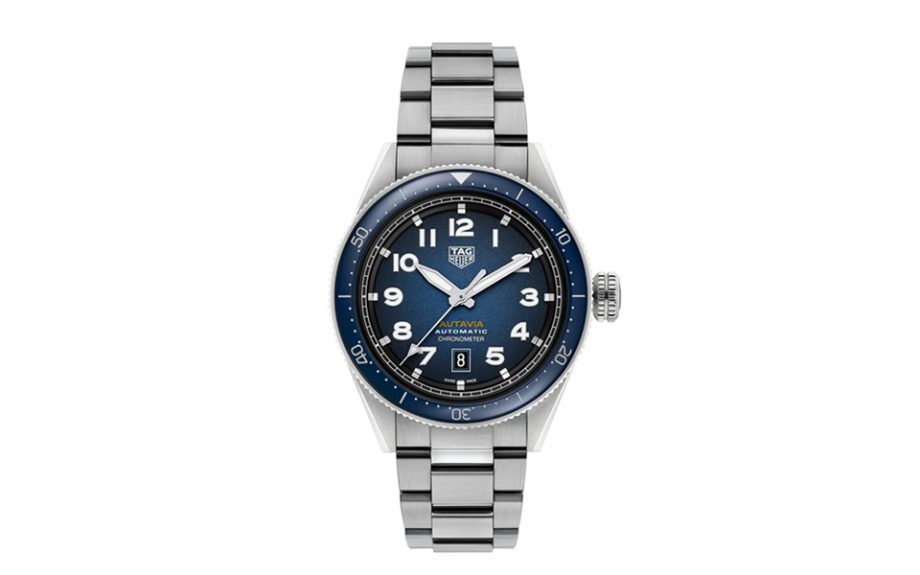 The current generation of Autavia watches launched at Baselworld 2019 and was met with some divide among enthusiasts because, for the first time, the Autavia dropped its chronograph sub-dials and was introduced as a three-hand timepiece. However, TAG Heuer was lauded for also announcing the Autavia would become a permanent collection as opposed to a model that was released sporadically over the years.

Whether you agree with the design of the latest generation will come down to how you think the Autavia should look. We think it’s a great-looking timepiece and one with years of history, which is what earns it a place on this list. 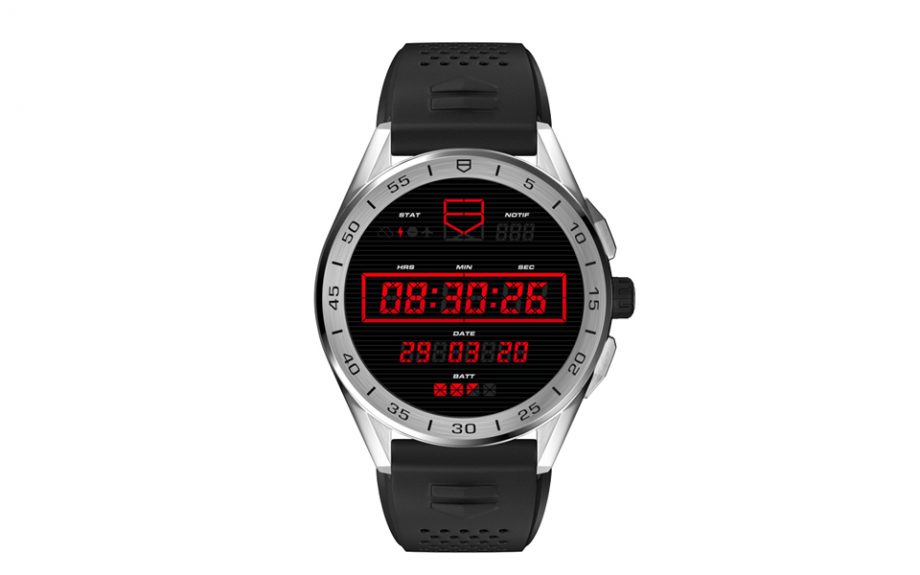 TAG Heuer entered the smartwatch arena in 2005 with the launch of the Connected. Now in its third-generation, it runs on Google’s Android Wear operating system, opening up access to a wide range of apps and services. TAG Heuer has its own app on the watch too, which lets the wearer change the face to replicate its range of traditional analogue timepieces. It’s without doubt the best luxury smartwatch on the market, offering the perfect blend of style and substance. 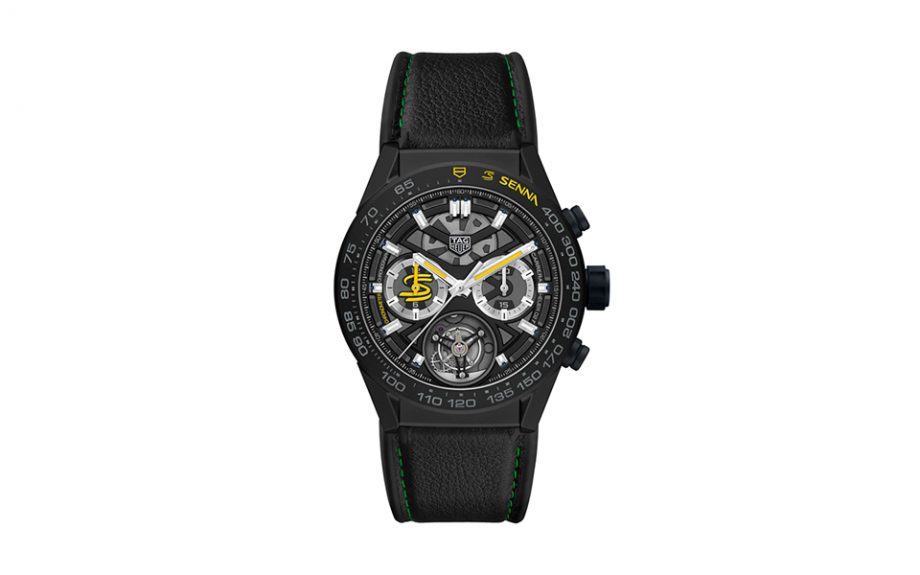 Who doesn’t love a Special Edition watch? This Carerra is particularly impressive as it pays homage to Ayrton Senna, arguably one of the greatest Formula One drivers ever. TAG Heuer has gone all out with this timepiece, giving it an ultra-premium ceramic sand-blasted case, Heuer 02T COSC movement with tourbillion for improved accuracy, skeleton dial Senna’s signature logo at 9 o’clock and an image of the great man on the open case back. A worthy tribute, we think you’ll agree. 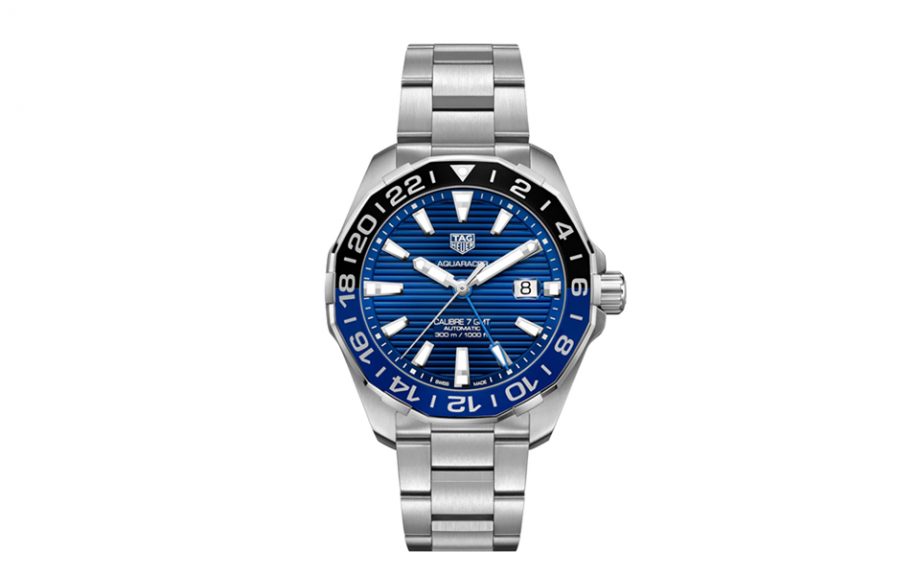 TAG Heuer introduced this Aquaracer earlier in 2020 with an incredibly familiar – yet entirely logical – looking blue and black bezel. It runs on the Calibre 7 movement which gives this Aquaracer a GMT function and continues to rock the same angular bezel as the other models in the Aquaracer family (which we think makes it one of the best-looking watches TAG products). TAG decided to inject some more colour by giving it a blue dial with ridged accents and a sunray finish. 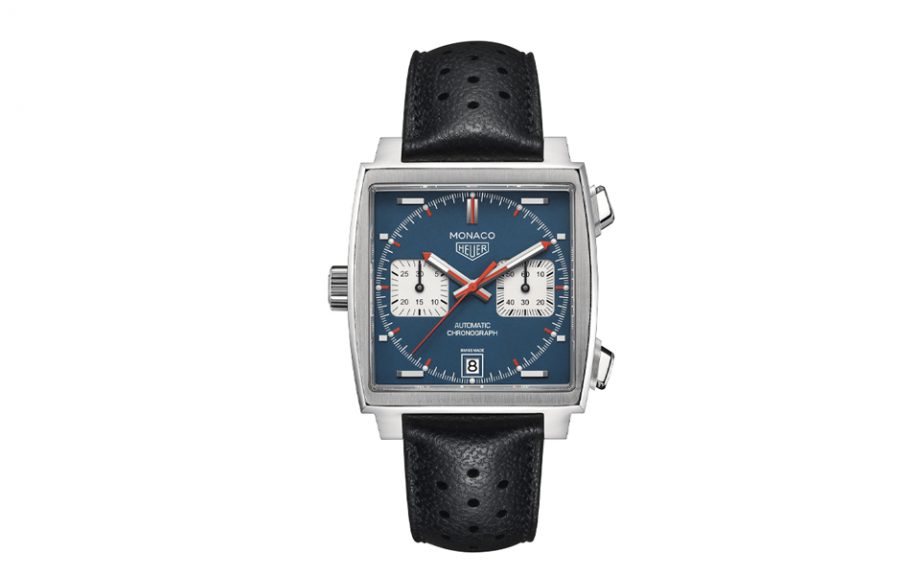 The Monaco is one such watch that has gained itself almost a cult following among the wider watch community. It was introduced in 1969 in honour of the Monaco Grand Prix and immediately drew attention due to it being the first square-cased automatic chronograph. It’s popularity only intensified after Steve McQueen wore one in the 1971 film Le Mans. The Monaco has received various updates and refreshes over the years and TAG Heuer has also implemented various movements.

This particular model is a reimagined version of the one Steve McQueen wore, complete with blue dial and left-mounted crown. It’s simply iconic. 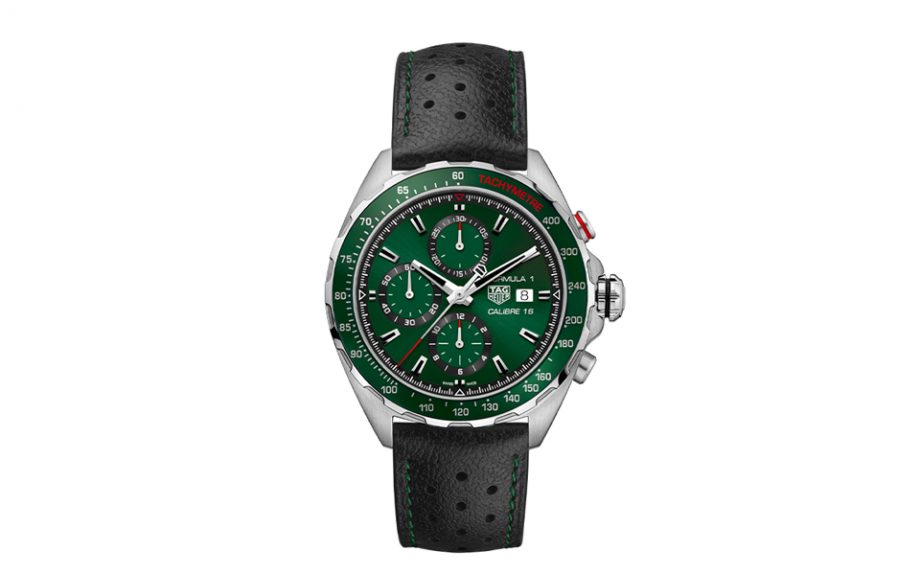 The Formula 1 was the first model to be released following TAG’s acquisition of Heuer in 1986 and became the first quartz-only model the company made. Since then the company has relaxed its rule and fitted it with a range of automatic movements and today it firmly remains as the model that asserts TAG Heuer’s affiliation with racing. It’s available in a range of colours – along with more sedate black and silver versions – but this green model is our standout favourite.

Are TAG Heuer watches worth the price?

Yes. TAG Heuer is a popular luxury brand known for making quality, high-end watches. Their products are especially well-liked by the younger, hipper crowd. TAG Heuer watches are also more affordable priced than a Rolex or a Cartier.

How to authenticate a TAG Heuer watch?

Your TAG Heuer timepiece should carry a unique serial number that matches the one engraved on the watch's case back. Also look for the embossed holographic seal on the document to check the authenticity of the certification.

How often should a TAG Heuer watch be serviced?

To maintain your TAG Heuer’s water resistance, it is recommended that you take it to the service center every one to two years. For complete overall, it should be every four to six years.

The Best Men’s Snow Boots To Battle The Extreme Cold

The 10 Best Hunting Boots To Keep You Protected & Warm

The 10 Best Smoking Jackets For Men

The 11 Best Christmas Gifts For Men This Holiday Season