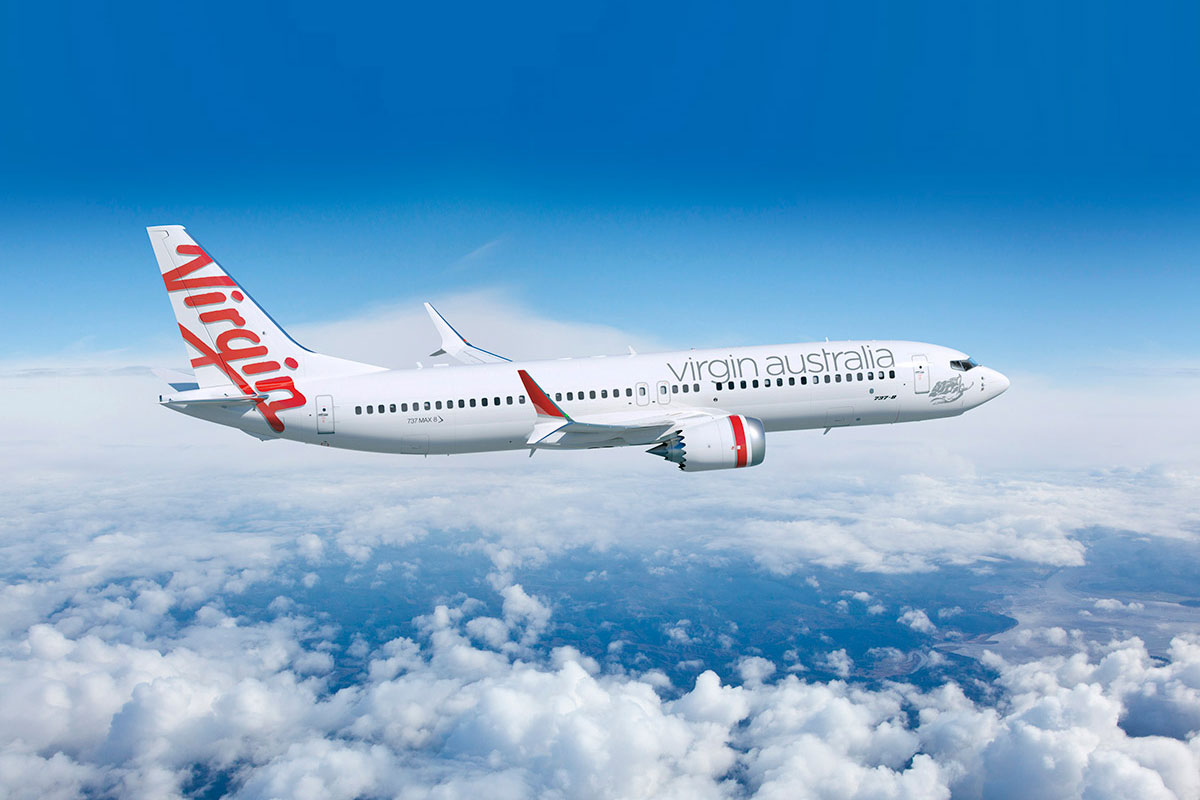 Unless you’ve been living in an end-of-days bunker, you’ll know Virgin Australia’s purple disco was cut short last week. Cue: much sadness from those that loved its pointy end offering (often touted as the best domestic business class in the world) and much rumour-mongering.

That’s before we even mention Wesfarmers and the Macquarie Group (both slated to be interested).

No-one yet knows who’ll buy. But regardless of who does, Virgin Australia will likely be restructured, streamlined and be put back in action with a more cut-throat domestic focus (whether or not it retains the Virgin Australia name).

While this is heartbreaking for those that love the current Virgin Australia business model, and a stressful time for the carrier’s employees, experts argue two intriguing silver linings come with it.

As Professor Rico Merkert, Professor and Chair in Transport and Supply Chain Management at the University of Sydney (and Editor-in-Chief of the Journal of Air Transport Management) told DMARGE, “The boardroom of Virgin Australia has been too cumbersome for quite some time with not only too many other large airlines controlling Virgin but them often arguably not having profitability of VAH as their main priority.”

“They now need to negotiate with the administrators as well as senior bondholders and others a package that is of mutual interest,” Professor Merkert said. Though he sees “potential for conflicts” Professor Merkert also told us going into administration will “potentially” hold up a smokescreen for Virgin Australia to make decisions that would have been deemed cruel or counter (Virgin’s) culture six months ago, but will benefit them in the long run (a take that is backed up by other experts in this field).

“As they had accumulated $1.6bn worth of negative equity and a too complex business model with an even more complex board room, they were in dire need for change. COVID-19 may speed up that process and may in fact force one or two of the shareholders out, which may in fact not be a bad thing if the remaining shareholder has a clear strategy toward commercial viability.”

“Having the fleet currently grounded due to COVID-19 is actually good and potentially a perfect time for a take over as there would be no disruption to the operations and as it will take at least another 2-3 months before the skies are open again, there would also be some time for re-branding campaigns etc.”

It’s not just Professor Merkert who takes this view. As The Australian reported last week (see: “Leaner, meaner, if Virgin Australia stays aloft”), Virgin Australia now has two advantages it hasn’t had before: “first, it will no longer have on its register four or five competing airlines with shareholdings large enough to command board seats; second and importantly, it will no longer be publicly listed.”

“The albatross of quarterly reporting to the market will be gone and, behind the private curtain, quite possibly with a tough private equity holder, long-term decisions will be made, often requiring short-term pain not possible in the public sphere” (The Australian).

Likewise, and as The Sydney Morning Herald pointed out last week, “Sure businesses that go through the ignominy of administration suffer brand damage but if they come out the other side they get their phoenix moment – and with a pretty clean sheet of paper from which to build a better business.”

“Administration triggers the opportunity to renegotiate everything from the current enterprise bargaining agreements to fuel hedging contracts, lease rentals from the airport owners and catering.”

“It is not only the Virgin 2.0 balance sheet that will look much healthier having cut a swathe through the $5 billion debt pile, the resurrected airline will be able to establish a new cost base – one that will be significantly lower than that of Qantas,” The Sydney Morning Herald added.

On the topic of Qantas, Professor Merkert told DMARGE “the worst-case scenario for Qantas [to come out of VA’s collapse] would be if… Singapore Airlines would be allowed to take over the VAH assets cheaply and without the debt (perhaps together with a strong capital partner and a financial injection but no other airline partner).”

“This would put a re-emerged and simplified Virgin in a fairly strong position.”

If that happened, “Qantas would still dominate the domestic market and would benefit from regional networks once we get to the other side of [the crisis], but Virgin/Singapore Airlines would become a formidable competitor on the core domestic routes (operated by VAH) and also international (operated by SIA).”

“Tigerair would remain shut and potentially sold to another party as would Velocity or incorporated into Krisflyer. Whether that happens (and Singapore Airline has long been trying to get into such a position) remains to be seen though, as there are those other airlines (i.e. Etihad and HNA) still in the mix and it seems state governments are now also keen on getting some of the jobs associated with a second airline attracted to their jurisdictions, which will complicate matters for clear strategy that is focused on the most attractive and commercially viable business model and product only.”

“This is good news for Qantas.”

“The aviation industry has always been challenging, as there are large costs involved in keeping a fleet of planes in the air, and that often requires a very high level of debt,” Assoc Prof Quigley says.

“So, I wouldn’t be surprised to see some other airlines around the world go the same way as Virgin Australia, because the only way those companies can make debt repayments is to have their planes flying, and that is impossible at the moment,” Prof Quigley adds.

“However, where one operator drops out, there becomes more space for other operators to work in, and for those companies with clever, innovative ideas, there is a really exciting opportunity to reshape the aviation industry for the better going forward.”

Although Sir Richard Branson has criticised the Australian government for not bailing Virgin Australia out, Prof Quigley (appears to) suggest the government’s inaction is a blessing in disguise.

“A bailout might have saved jobs in the short term, but Virgin Australia was already struggling before this pandemic, so if the Government were to prop up a problematic business model, many other struggling businesses might then expect the same type of support, rather than addressing their operational issues,” Assoc Prof Quigley says.

“Instead, there is now a space in the Australian airline industry for an innovative new operator to establish a viable business model that responds to the current situation.”

What will that look like? “Whether that is a reborn version of Virgin, or a move into the market by one of the many international operators who already had a stake in Virgin, or a new operator entirely, they will be able to structure that business differently than the old Virgin model, adapting to the new marketplace, and ensuring competition remains in the Australian industry.”

This is crucial because, as Prof Quigley points out, “even before this pandemic, many people felt domestic prices were too high, so they would fly to Bali or Fiji instead of Cairns, and we don’t want to see that worsen.”

“Without a second airline to compete against Qantas, the risk is obviously that they might start to price gouge, and then the public carries the burden.”

Assoc Prof Quigley believes that with a ‘leaner and meaner’ version of Virgin Australia in place, such a price hike is unlikely. In fact, according to her, there will be new opportunities for Virgin Aus 2.0 (or whoever replaces them) sooner than you’d think: “Significantly for whoever fills the Virgin void, Australia may well come out of lockdown before international travel resumes, so more Australians could be exploring Australia than ever before.”

More as the story develops.