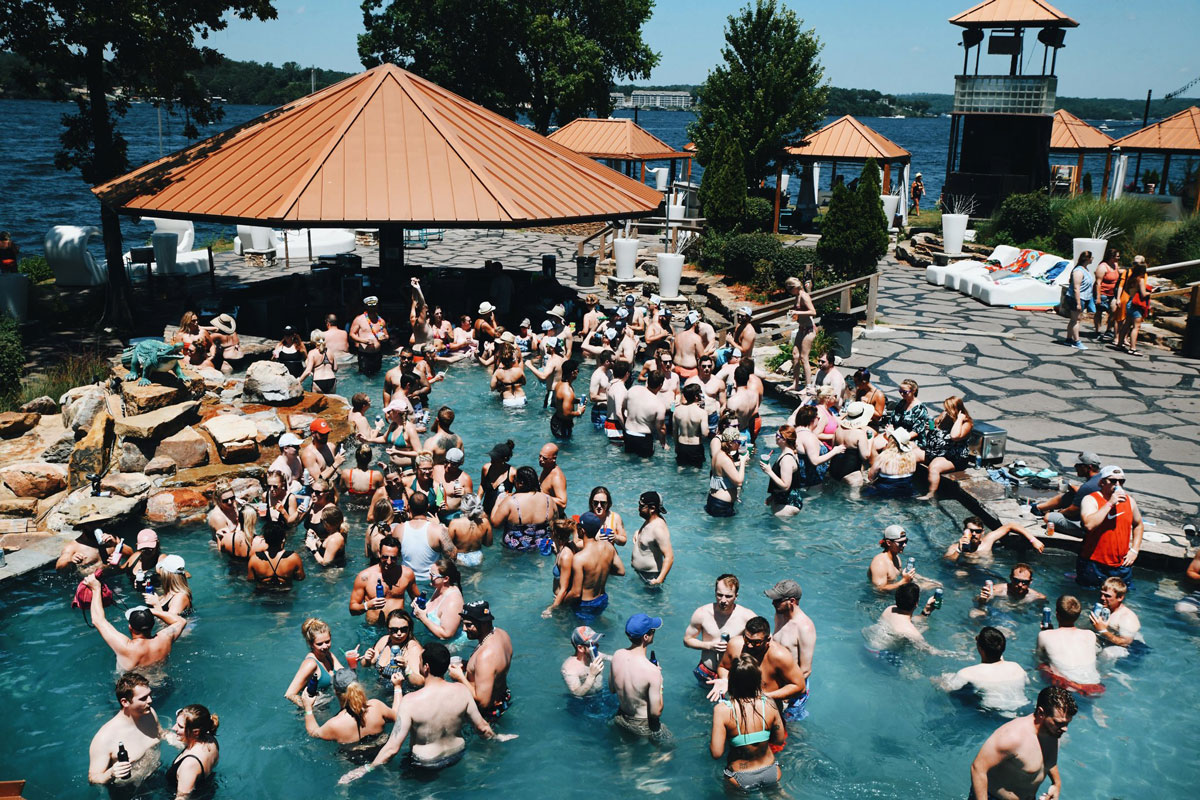 Americans enjoy more civil liberties than you can poke a Budweiser at. From buying guns to spouting conspiracies, it is a vastly different nation to China, where the internet is censored, journalists are regularly sent to prison and individualism, in policy-making, takes a back seat to The Communal Good.

There are now more than 1.6 million confirmed coronavirus cases in the US.

So: is America being imprisoned by its freedoms? The following study (“Political beliefs affect compliance with social distancing laws”) and one of today’s biggest news headlines suggest it could be, as hundreds of people have been photographed ignoring social distancing rules and partying at a Missouri tourist hotspot.

You keep saying that, yet it fails to materialize. I think somebody’s trying to scare us, these young people don’t get sick

The outrage-provoking shots were taken this Saturday at Missouri’s Lake of the Ozarks, otherwise (rudely) known as the Redneck Riviera, showing boats cruising and crowds dancing, swimming and drinking in the warm weather.

While this is commonplace every year in summer (as the above and below #partycove images, taken during happier times, show), many expected this weekend’s Memorial Day celebrations would be postponed due to the ongoing pandemic.

That was not the case, however, as photos shared to Twitter by Colin Jeffery from KSDK News show people went ahead and partied anyway this weekend.

Got these pictures sent from Lake of the Ozarks today. The business has a sign that calls for six feet of social distancing. It does not appear that request is being honored by patrons, or enforced by the business. The person who took the pictures noticed crowd while walking by. pic.twitter.com/7SDJi3eKnW

According to News.com.au, “Mr Jeffrey said when he questioned Camden County Sheriff’s Department about the gathering he was informed orders allowing police to enforce social distancing were no longer in place.”

“The health regulations and orders from the commission expired when the state opened back up. Of course, the state has social distancing guidelines but it doesn’t seem everyone is following it very well here,” the department allegedly said.

“This comes after Missouri Governor Mike Parson partially reopened the state and allowed businesses and other restaurants to open their doors,” News.com.au reports.

My wife and I are agonizing over whether we can go to a very good friend’s birthday dinner at another friend’s restaurant on Friday where they are not open to patrons for seated meals and we are guaranteed to have table distancing. Meanwhile at Lake of the Ozarks: pic.twitter.com/tUm0B38AAi

Predictably, images of the “wild party” went viral, and by Sunday morning “Lake of the Ozarks” was trending on Twitter (and picked up by news outlets across the pond).

I don’t think health care workers, who have been risking their lives & working burnout hours for 3 months, should have to treat these pompous dumbasses who flocked (irony🐑)to Ocean City and Lake of the Ozarks this weekend. Never ceases to amaze me how selfish Americans can be pic.twitter.com/4j9uww0Itd

“Looking at the ages reflected in that group, and cross-referencing against CDC data on mortality by age group, it looks like these people will be fine,” one Twitter user wrote.

“This is why we can’t have nice things,” wrote another.

It also had people from overseas scratching their heads.

Domestically, however, the situation is a flashpoint for everything that is wrong with US politics, with experts (see: here and here) suggesting Americans are continuously allowing their judgement to be decided by the political party they support, rather than taking each situation individually.

As News.com.au reports, “Despite having the highest death toll in the world, President Donald Trump has aggressively pushed for the economy to reopen, defying the advice of health experts.”

“He sent a signal of his intentions by playing golf Saturday – his first round since March 8.”

This goes against conventional conservative sensibilities, with republicans, in other aspects of life and politics, typically being more risk-averse than liberals.

As a recent Vox article puts it: “Conservatives are psychologically tuned to see threat, and so they fear change. Liberals are tuned to prize change, and so they downplay threat.”

“But here we are, in the midst of a pandemic, and it’s conservatives seemingly dismissing the danger, opening states and counties prematurely, refusing to wear masks, waving off the deaths of older people as a small price to pay.”

I live in the St. Louis area, and people suddenly acting like almost 100k people haven’t died is blowing my mind. They carry on like this is some sort of victory over tyranny. I don’t know what to do with it.

Meanwhile, “it seems to be liberals who’re locked in their homes, who are warning the worst is yet to come, who are shaming anyone who dares step foot on a beach or forgets to don personal protective equipment,” Vox reports.

So why are people in Republican majority areas like Missouri partying? As political psychologist John Jost, at New York University, told Vox, just because “some conservatives are denying and repressing fear… that doesn’t mean they are cool cucumbers.”

“For all we know, Americans who are explicitly denying the problem are experiencing (even) more stress and anxiety than those who are not.”

“Trump is the leader of the Republican Party, and his decision to downplay the threat, his dismissal of masks, and his clear desire to reopen is the stronger signal.”