“We’re here to munch garlic bread, not dissect the Alfredo.” 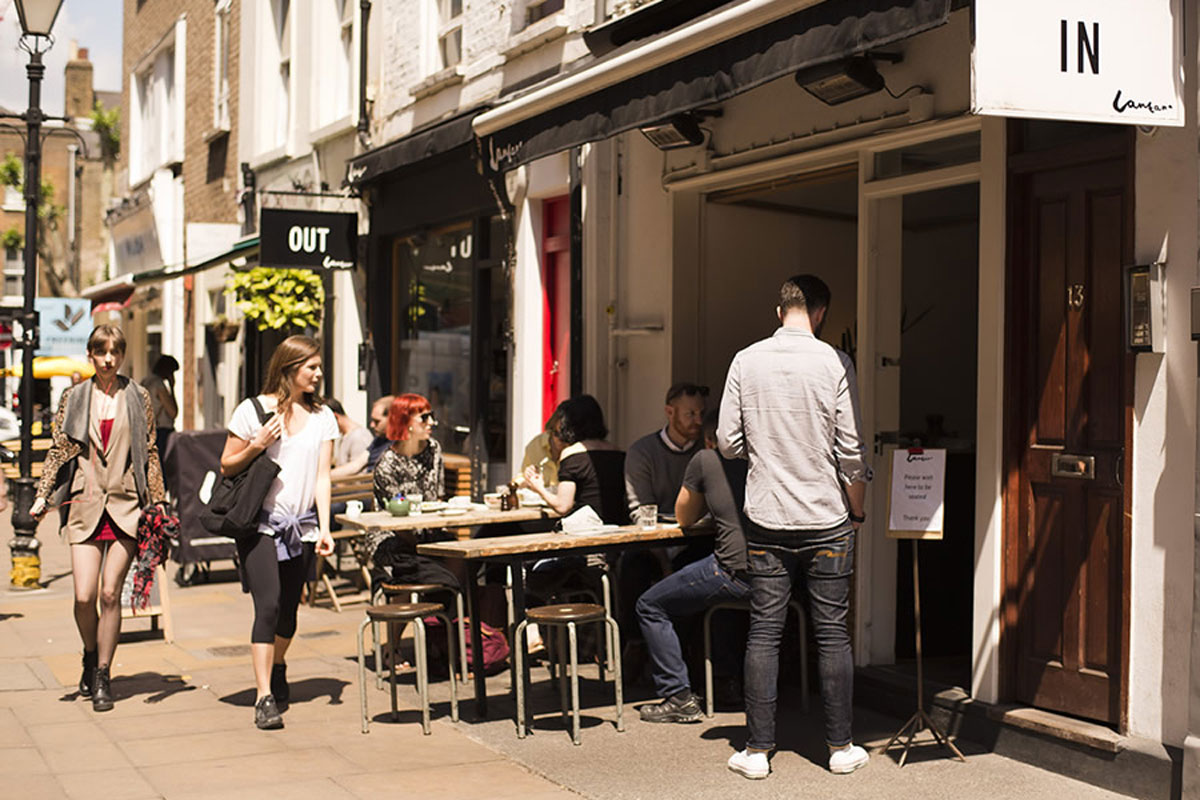 John Lethlean slurps controversy as if it was the world’s sexiest pavlova. That’s what a quick scan of the tabloids would have you believe, anyway.

On one hand there’s something to it: The Australian’s restaurant critic has savaged Adelaide’s Hill Of Grace, butchered Melbourne’s Le Grand Cirque and – in January this year – went viral trading barbs with a pair of Australian Youtubers.

But there’s more to him than that. Beyond providing a less foul-mouthed alternative to Nat’s What I Reckon for Aussies looking for isolation cooking inspiration, Mr Lethlean has also given struggling restaurant and bar owners a mouthpiece during these challenging Pandemic times and – we’d argue – provided harsh but accurate feedback on Australia’s restaurant scene for years.

He has also, for some time, been shaming influencers for attempting to score a free meal.

Thick skinned or just stupid Josh @london.foodie.blog ? We can crowd fund a jam jar of dripping to send you if you promise not to come. #couscousforcomment

… to social media co-ordinators on behalf of their clients…

Each post has been captioned with the hashtag “couscousforcomment,” a phrase used to mock those that ask for freebies (popularised around 2016).

In doing this, Lethlean uses Instagram against itself; expressing his disgust and building a community of righteous souls on the very platform that has given rise to such brazen behaviour.

Last week, Lethlean was at it again, sharing a foodie proposal that is optimistic at best and cringe-worthy at worst and, which, DMARGE believe, cracks open this latest Australian cultural divide.

Lethlean’s post was met with comments like, “Little known scientific fact: parasites are tone deaf.
Asking for freebies sucks at the best of times, and more exploitative now. Take one inflated ego, remove any sense of shame, and behold the influencer is born” as well as “Was instagram even a thing over 10 years ago?”.

He also shared another post last week, along the same lines.

Everyone. @hope.ellennn is available for meaningful collaboration. Send her a message to share your thoughts, perhaps. #couscousforcomment

While Lethleans followers expressed similar outrage at this post, there was also some backlash. One commenter wrote: “This only reflects badly on you. Influencers are constantly getting messages from restaurants asking them to eat for free at their restaurant in return for a post about the food, exposing them to thousands more people.”

“This is a cheap marketing option. If a restaurant doesn’t feel they need this option then they simply won’t ask or will decline kindly. Bullying is kinda old tbh.”

The same point crops up time and time again.

A comment left beneath another post in which Lethlean shames a would-be restaurant collaborator hints at why.

“The word ‘collaboration’ used to mean something completely different in the pre @instagram era.”

This highlights a cultural pivot: many younger Australians accept social exposure as currency, while many older Aussies don’t.

And when high-end influencers are being paid between $5,000 and $50,000 per endorsed post, it’s only logical Foodies With Followings think they’re entitled to ask for free grub.

Whether or not they get it should depend on their ability to inspire others to chomp (and the restaurant in question’s marketing policy), not one man’s Sisyphean stance on paid advertising.

This is where Lethlean might argue something like “how can you be objective if you’re getting a freebie.” To which the influencers might argue, “we’re here to munch garlic bread, not dissect the Alfredo.”

Is the logical conclusion then that restaurants must start giving out freebies, or fall behind the times? Not quite.

As discussed at length in an episode of The Sydney Morning Herald’s Flight Of Fancy (which we recently covered), professional travel writers tend to decide which restaurants to visit based on trusted media recommendations (e.g. The New York Times) and – increasingly – by stalking where their favourite chefs (and the staff of restaurants they’ve enjoyed) are eating.

The crucial point here? Experts (and, we would argue, most people) trust these sources because they have made a conscious decision to spend their money somewhere, rather than gone because it’s the only place that accepted their #couscousforcomment request.

The upshot? Instagram will play a huge role in defining what restaurants are cool in the future. Just not via Influencer endorsements (and those that do happen will likely be sneaky, see-through, and short-lived).