Every Traveller Will Have To Answer This Thorny Question In 2021 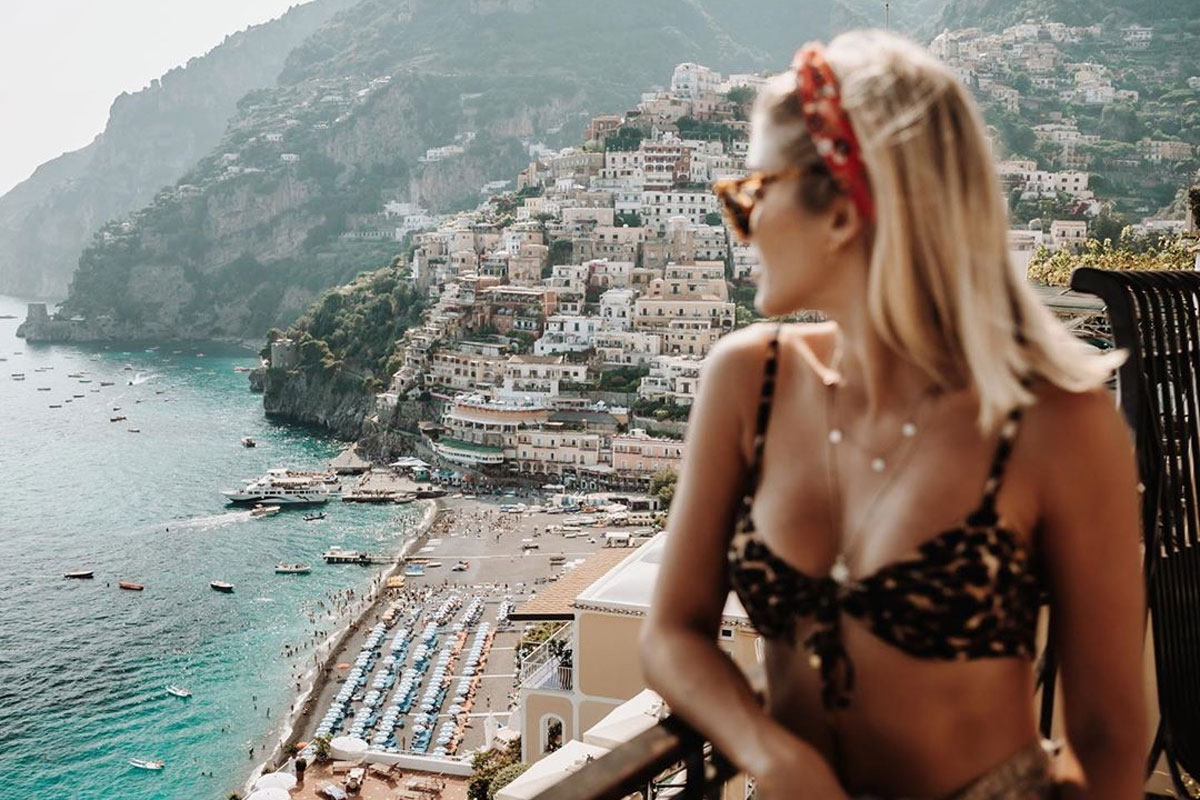 The last few months have provoked seismic shifts in the travel industry. Greece has put an ultimatum to tourists that could change how we travel (internationally) for the foreseeable future. Sicily and Japan have offered to subsidize travellers’ next trips. Qatar Airways has taken in-flight hygiene to new heights. Oh, and business class travellers have started taking advantage of some insane loopholes.

Today we’re looking at the future, drilling a question that all jet setters you will have to ponder before sating their wanderlust in 2021. And given the consequences of Things Going Wrong in this area, we reckon you’re better off getting your head around it sooner than later.

The question? Where is the new line between bravery and selfishness? Much like in Ozark when Pastor Mason Young chooses his morals over his family’s safety, or in Crime & Punishment when Raskolnikov puts his faith in absolute rationality (then tortures himself with guilt), if one is to travel internationally in 2021 (or, if restrictions loosen quicker than anticipated, this year), how do you do so with integrity?

In other words: what’s the difference (beyond luck) between a brave soul mapping unchartered territory for others to follow (thus getting the travel industry back on its feet like an absolute champion), and a selfish idiot causing his or her family heartache, racking up thousands in insurance bills, and negatively affecting the areas they visit?

The simple answer? Get it right.

The complex answer: do your research, understand the new risk vs. reward matrix, follow official recommendations (of both your country and the country you plan to visit) and take your own personal skills and vulnerabilities (physical, emotional and financial) into account. Having luck (and the media) on your side doesn’t hurt either.

Not to mention the Massive Grey Area (at best) that is travel insurance right now.

While we don’t have a crystal ball for next year, we have two interesting case studies from travellers who have found themselves isolating, in recent months, in far-flung locations, and substantially different reactions by the public to their stories.

One example is Eva zu Beck, a Youtube Travel Vlogger who recently found herself isolating on Yemen’s remote island of Socotra, a 3,625 square kilometer desert paradise 60 miles east of the Horn of Africa.

As CNN reported on the 19th of May, “While the rest of the world stays inside, Zu Beck, who grew her social media following to over 1 million with her travel vlogs on off-the-beaten path destinations like Pakistan, Bangladesh and Syria, has spent the last two months wild camping on deserted white-sand beaches, fishing for grouper in the open ocean and climbing 10 story-high sand dunes as she waits out the pandemic on one of the world’s most isolated islands.”

“Remote island life has become the new normal for the 29-year-old, an adventure YouTuber and travel documentary host from Poland.”

Zu Beck arrived on Socotra on the 11th of March, along with 40 other international tourists, to take part in Socotra’s first-ever marathon event, and was meant to stay for two weeks.

However, “Unbeknownst to Zu Beck and her fellow marathon runners… the world was quickly shutting down… On March 15, after she and the other participants had completed the race, Socotri officials announced that the island would be closing its borders, and that the marathon runners should return home as soon as possible,” (CNN).

Zu sought (and was granted) permission from Socotri officials, and decided to stay, along with four other tourists.

While this is undoubtedly a brave decision (society would never have got anywhere unless intrepid individuals like Zu had existed in previous eras), not everyone agrees with Zu’s decision to visit a remote and potentially vulnerable island as the pandemic took hold.

While Zu claims she didn’t realise how serious The Pandemic was when she arrived, and, CNN reports, was “reassured” she wasn’t introducing the Virus to Socotra by “medical screening” upon entry, it’s fair to say The Virus was a known phenomenon (even if it amplified day by day after they left) when she (and the others on her flight) decided to go ahead and do the marathon.

As travel influencers, numerous times in recent years, have provoked the media to generate publicity (and gain followers), it wouldn’t surprise us if Zu had an inkling going to (and then staying in) Socotra could benefit her career, even if she didn’t plan it.

That’s not to say that it was wrong to do so if she did (or that she necessarily did that at all), just that it seems highly unlikely it didn’t factor into her decision making.

In any case, the ground was fertile for some Tall Poppy criticism, and the internet duly responded: since CNN’s story was published on the 19th of May, Zu has, “heard from a number of critics via social media through the campaign #Respect_Socotra, who argue that her presence is endangering the local community,” (CNN).

2.5 MONTHS ON THE ISLAND: ❤️2️⃣❤️ COVID-19 UPDATE. Thank you to everyone who has been so concerned about my stay on the island. 🙏 #Respect_Socotra, You have given me a new perspective and I apologize if I sent the wrong message before. Things are different from what they were before. My 1st month here was a “honeymoon period”, and the island felt very much sealed from COVID-19 due to restricted traffic. But, times change. Currently, many cases are being reported in mainland Yemen, and with some boat traffic to the island, not all of it properly quarantined (as it seems), locals have concerns. People (not tourists) have continued to arrive on Socotra. People are on alert, and wary that there is a possibility that the virus will eventually make it here, whether that’s tomorrow or in a year from now. Before, it felt safe to travel to different places around the island, but that’s no longer the case. Over the last 3 weeks, I’ve been spending the majority of my time in a family home in one village and intend to keep it this way. According to health professionals, the island is free of COVID-19, and while people want to trust them, it’s hard to know for sure without proper testing facilities. So in the village, Shibhan, they’re starting to take measures, just in case. Getting ready for the future. My host is trying to change the greeting habits in the village (from a handshake and a kiss to a wave), which isn’t easy but as he says, “we’ve got to start somewhere”. We started sewing face masks. From the perspective of time, given the knowledge I have now about the spread and nature of the virus, would I have made the decision to come here in the first place? No. My intention was never to encourage active travel to remote places during a pandemic. Rather, I wanted to share the beauty of a place I was already in, a place that’s little-known and needs to be protected. Remote places and populations are at a higher risk from the virus – in part because of limited healthcare infrastructure. Leaving? Hopefully. It’s a work in progress. Please donate to @monarelief, a local NGO working to bring basic necessities to people in Yemen: patreon.com/monarelief ❤

“Thank you to everyone who has been so concerned about my stay on the island. #Respect_Socotra, You have given me a new perspective and I apologize if I sent the wrong message before,” she said.

“From the perspective of time, given the knowledge I have now about the spread and nature of the virus, would I have made the decision to come here in the first place? No.”

“My intention was never to encourage active travel to remote places during a pandemic. Rather, I wanted to share the beauty of a place I was already in, a place that’s little-known and needs to be protected,” Zu added.

On the other side of the coin (and world), we have a rather different example; Christian Lewis, an ex British paratrooper who is now self-isolating on a usually uninhabited Shetland island. As we wrote in April, this situation came about as lockdown measures were introduced while Christian was three years into a fundraising challenge to walk the UK coastline.

As The Guardian reports, “Chris Lewis, 39, has walked 12,000 miles since setting off from Llangennith beach on the Gower peninsula near his home city of Swansea, south Wales, in August 2017.”

He was sleeping in a tent on mainland Shetland when the government announced the introduction of lockdown measures on 23 March to limit the spread of coronavirus.

“Lewis and his dog, Jet, travelled by boat to Hildasay, a 108-hectare island off the west coast of the Shetland mainland, and have remained there ever since,” (The Guardian).

With just a tent for protection in one of the most northerly and windswept parts of the UK, Lewis could’ve been in trouble.

But thanks to the kindness of strangers, he’s found himself in one of the best places on the planet to sit out the crisis – a cottage on a tiny remote island.

Hildasay is one of the Scalloway Islands. South West of the Shetland mainland, Hildasay measures less than half a square mile and has been largely deserted since the late 19th century.

As CNN reports, “Lewis receives deliveries of water from [a] local fisherman called Victor and forages for food. He makes the occasional boat trip to the Shetland mainland [a half hour trip, by small boat] for other supplies.”

These are just two (viral) examples of the different situations travellers have found themselves in over the last few months. As we come out of this pandemic and countries open at different rates, it will be interesting to see how travellers cope with the heightened scrutiny on (and consequences to) their actions.

Especially given the uncertain situation around insurance (now The Virus is a known event, you won’t be covered for any pandemic-related incidents), we’re all going to have to think carefully about any overseas jaunt we sign up for in the coming years.