The footballing world is full of personalities, and one of its most enigmatic is Sergio Ramos.

The Real Madrid and Spanish national football team captain’s unmatched aggression on the pitch is contrasted by his subtle nature off it. A family man who’d much rather spend time relaxing with his loved ones and his horses in the Andalusian countryside than courting paparazzi on the streets of some European celebrity hotspot, Ramos is an old-school kind of footballer.

Maybe it’s unsurprising, then, that Ramos would eschew the flashy timepiece trends chased by other top soccer players and walk into one of La Liga’s spiciest games with a classy, old-fashioned sort of watch.

The DateJust is a storied model that’s been worn by a who’s who of sports heroes, political leaders and celebrities. Roger Federer, Paul Newman, Dr Martin Luther King Jr., Michael Jordan, Winston Churchill, Harrison Ford, even the Dalai Lama… The list goes on. 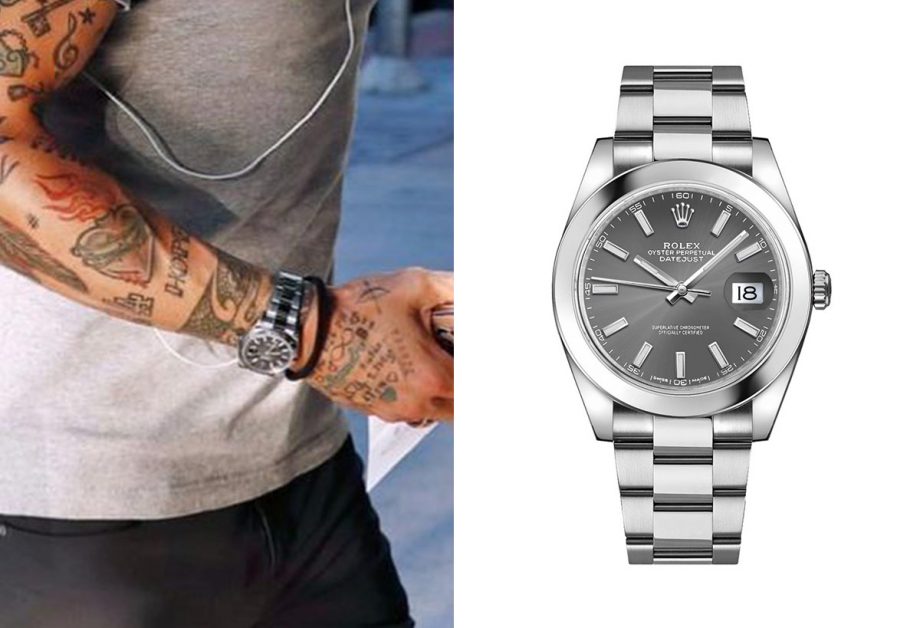 On wrist, and a close-up.

The 41 is the largest size the DateJust is available in, and Ramos’ model in corrosion-resistant Oystersteel features a smooth bezel and beautiful dark rhodium dial with a sunray finish. It’s a timeless and endlessly versatile look that’ll look just as great with a suit as it does with his pre-match activewear.