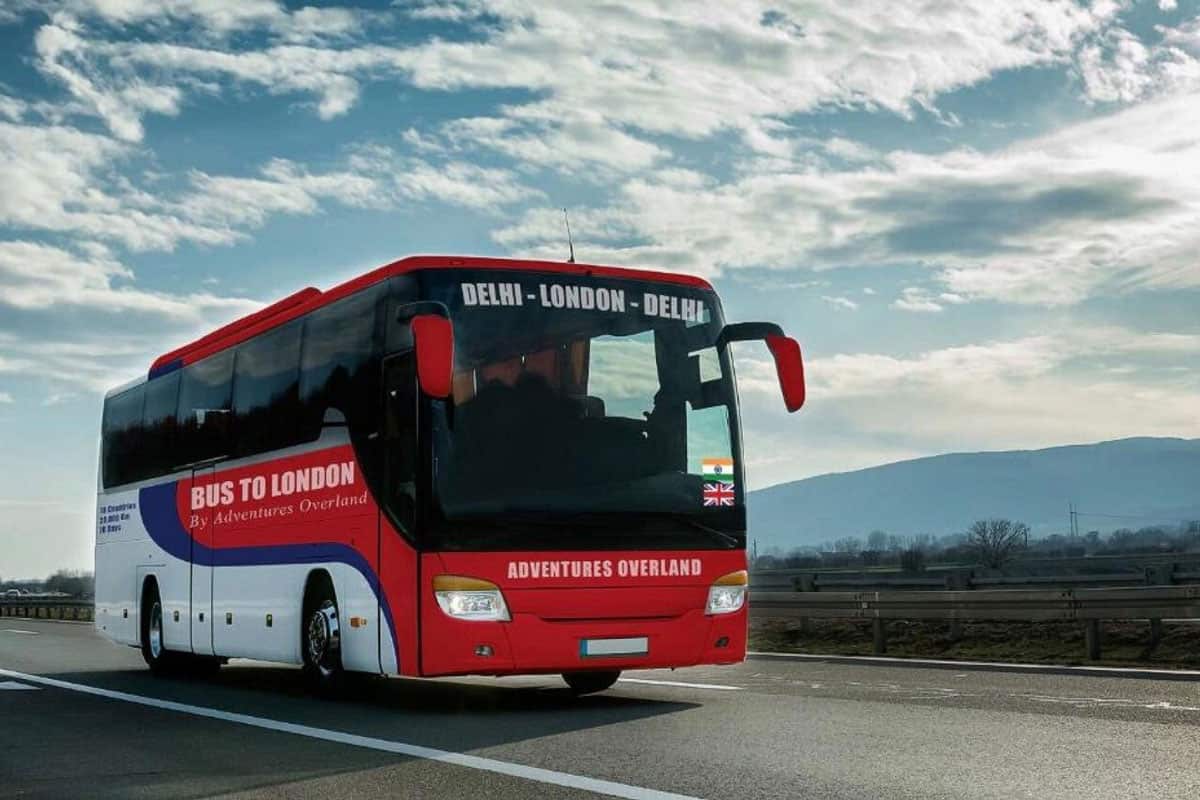 Sometimes you need to forget about everything and hit the road. But would you travel from Delhi to London by bus?

That’s the question expedition company Adventures Overland is currently posing to travellers, as it launches a new organised bus trip from India to the UK.

“Described as the ‘first-ever hop-on/hop-off bus service’ between the two destinations, Bus to London will ferry 20 passengers on a modified luxury bus, inspired in part by the Hippie Trail buses that crisscrossed the world in the 1950s and 1960s,” CNN Travel reports.

“The bus will cross 18 countries over a period of 70 days, with passengers hopping off to marvel at the pagodas of Myanmar, hike the Great Wall of China and wander historic cities including Moscow and Prague.”

As India revels in the celebration of its 74th year of Independence, we at Adventures Overland are thrilled to announce the longest and the most epic bus journey in the world, ‘ ’. The first-ever hop-on/hop-off bus service between Delhi, India and London, United Kingdom as part of which you will be travelling through 18 countries, covering 20,000 km in 70 days. For details, visit our website www.bustolondon.in. The journey begins in May 2021. #happyindependenceday #india #independenceday #bustolondon #indiatolondon #delhitolondon #busjourney #adventuresoverland #modi #incredibleindia #indiatourism #lonelyplanet #condenast #tourism #government #instagoverment #NGTIndia #natgeotravellerindia #travelwithao #roadtrip

Started in 2012 by Sanjay Madan & Tushar Agarwal, Adventures Overland calls itself a “unique travel company that organises driving expeditions all across the world…literally, in all the 7 continents!”

Adventures Overland is also the holder of 16 World Records in long distance driving expeditions, and has driven in 75 countries all around the world.

“Whether its pioneering the first ever drive from London to Delhi back in 2010, organising the largest expedition driving from India to London through 18 countries, taking the first ever group of vehicles on a cross border expedition from India to Bangkok, snow driving in Iceland or executing a road trip on the Dalton Highway in Alaska, we have done it all,” Adventures Overland states.

“We have driven in -40 degrees on frozen lakes in Russia and also organised drives on the worlds most challenging roads in South America and Africa!”

Since founding Adventures Overland, Agarwal and Madan have organized three India-to-London expeditions, which involved travellers bringing their own cars and travelling in a convoy.

With their latest venture, Agarwal and Madan are keen to try something a little different:
“There are a lot of people, travelers, who want to experience these overland journeys, but they don’t want to drive,” Agarwal told CNN Travel. “So, we came up with the idea of putting together a bus in which people can sit comfortably and go on long distance journeys. And that’s how the idea of the Bus to London was born.”

Assuming Covid restrictions lift as expected, the first Bus to London journey is set to take place in mid-2021.

“The best time to do this journey is between April and June, because that’s when the weather is favorable to start the journey from India through to Myanmar, and to cross the high mountains of China and Kyrgyzstan,” Agarwal told CNN Travel.

where we tell you ‘How it is possible to drive all the way to London, United Kingdom from India’. Today, Tushar talks about the cost of the trip which depends on a lot of factors. Listen in to what he has to say. Part 15 coming up next Wednesday, August 19. Stay tuned for more such interesting insights from Road to London. #RoadToLondonFAQs #adventuresoverland #tusharontheroad #wanderwithsanjay #roadtolondon #traveller #travellers #adventurer #family #travel #traveltogether #bond #bondingtime #familybond #roadtrip #london #crossborder #experience #expedition #dream #dreamteam #adventure #drivearoundtheworld #indiatolondon #india #roadtolondon #travelwithao #toyota #toyotaindia #toyotafortuner

The trip will cost around $20,000, but you can choose to just do part of the journey, which is split into four legs.

It will be marketed to travellers both young and old, and Agarwal claims 40,000 people have already registered their interest.

Though it’s not exactly high tech, could this be the ‘anti Covid’ holiday we all need right now? Only time (and bookings) will tell.