Nico Rosberg has described himself as an “International German.” Born in Germany, raised in Monaco and Spain, went to school in France and with famous Finnish driver Keke Rosberg as his father, the cosmopolitan former Formula One champion is truly a man of the world.

But despite his varied background and jet setting life, some German habits appear to die hard. Spotted on holiday with his wife Vivian Sibold in Italy’s picturesque Portofino, the Finnish-German racer was spotted wearing the ‘German on summer holiday’ footwear choice of legend: sandals. 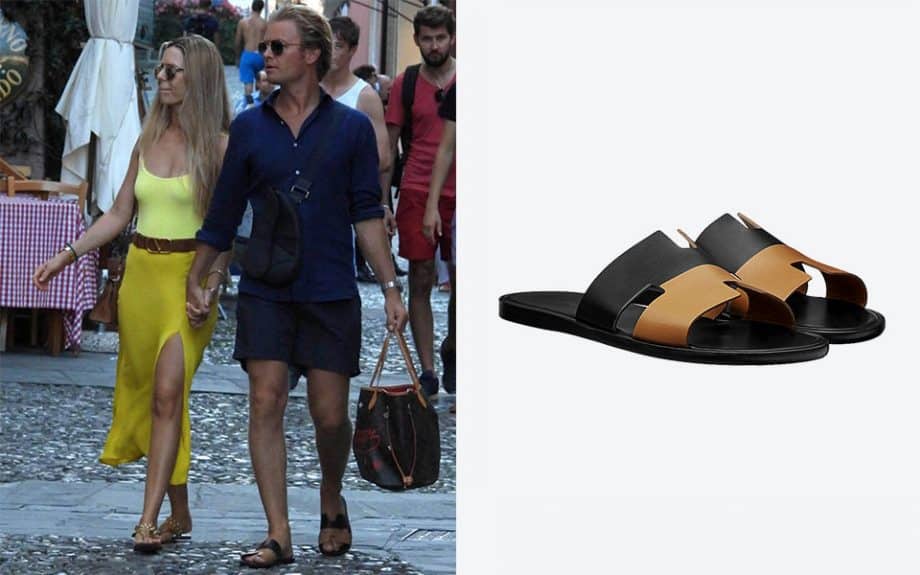 At least he’s not wearing them with socks. That would be even more German.

All things considered, it’s not a bad look. He’s on holiday by the sea in Italy – that’s where you should be wearing sandals. He just looks a bit like a lost Russian oligarch, is all.

Rosberg may have aged since his 2016 retirement from Formula One (the 23-time 1st place winner and 2016 F1 Champion used to be called ‘Britney’ by his teammates and rivals thanks to his flowing locks and particular personality), but he’s still a super stylish-looking bloke.

Retiring on a high note – the first reigning F1 champ to retire on top since French legend Alain Prost in 1993 – Rosberg’s since branched out into driver management, television punditry, and has become an eco-entrepreneur: investing in Formula E and appearing on the German version of popular TV show Shark Tank.

In F1 news, 24-year-old AlphaTauri driver Pierre Gasly secured his maiden F1 win at the Italian Grand Prix in the first race since 2012’s Hungarian Grand Prix to not have a driver from the sport’s ‘Top 3′ teams (Red Bull, Mercedes and Ferrari) on the podium. Gasly is also the first Frenchman to win a Grand Prix since Olivier Panis’ 1996 Monaco Grand Prix win.