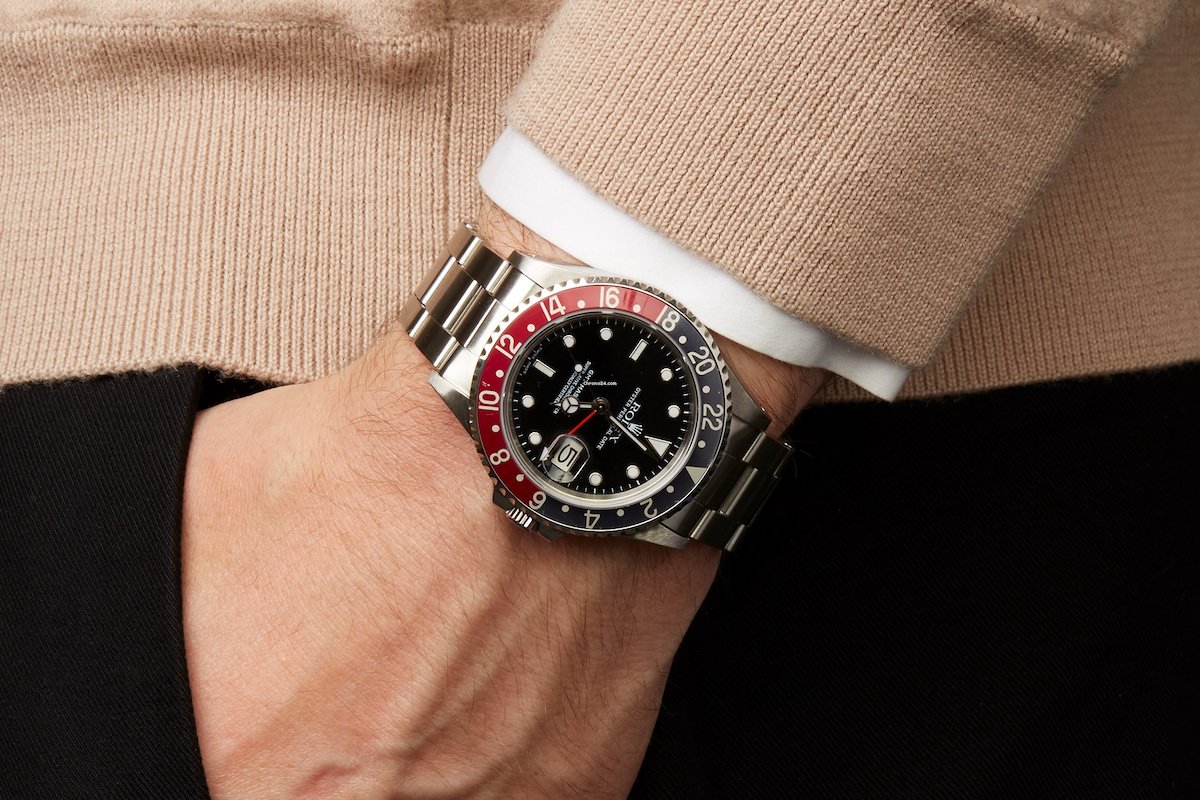 Rolex is the world’s most famous watch brand, and their luxury timepieces enjoy an incredibly dedicated following. Something that Rolex fans have become famous for is their sometimes oddball monikers for different watches. The Day-Date gets called the ‘President‘. The Cosmograph Daytona ref. 6264 gets called the ‘John Player Special‘, and the Submariner ref. 116610LV has the nickname ‘Hulk‘.

But the Rolex model that attracts perhaps the strangest nicknames is their GMT-Master line. Launched in 1954 and designed in collaboration with the now-defunct Pan American Airways, the GMT-Master was a mechanical marvel and invaluable tool for Pan Am’s globetrotting pilots. Its four hands and rotating bezel allowed pilots to make quick timezone calculations and adjust the time on their watch without affecting the time ‘back home’. On top of that, it looked incredibly slick.

These days, the GMT-Master is less prized as a tool watch and more as a flashy accessory, thanks to its wide range of brightly-coloured bezels. It’s these different colourways that are the focus of the model’s nicknames, which span the breadth of popular culture.

The GMT-Master was first produced with a half blue, half red bezel, a reference to Pan Am’s livery. It was originally nicknamed the ‘Pussy Galore’ after the James Bond character who wore it in 1964’s Goldfinger, but it’s since been dubbed the ‘Pepsi’, as the colours more closely resemble the branding of the popular cola. Other GMT-Master nicknames include the ‘Batman’ (black/blue), ‘Root Beer’ (brown/gold) and the ‘Fat Lady’ (what the GMT-Master II was first called, thanks to its thicker case size).

But just as ‘Pepsi’ stuck instead of ‘Pussy Galore’, the name that got attached to the GMT-Master II’s original colourway was the ‘Coke’. From 1983 until 1988, the GMT-Master II was produced exclusively in stainless steel with a black and red bezel, and it’s this bezel that inspired the ‘Coke’ name – as well as the obvious comparison with ‘Pepsi’, Coke’s biggest rival. Here’s where we get to the point: while Coca-Cola might trump PepsiCo when it comes to the drinks game, the ‘Pepsi’ beats ‘Coke’ when it comes to Rolexes – and that’s reflected in the aftermarket. 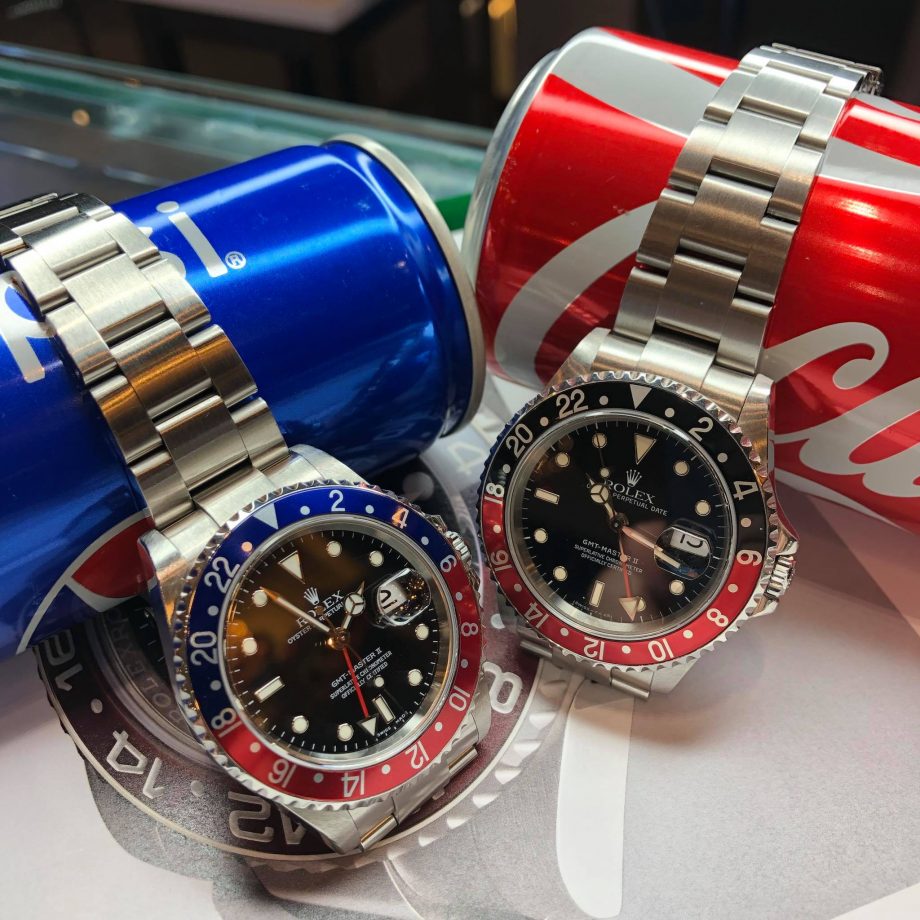 On respected online watch aftermarket Bob’s Watches, which specialises in Rolexes, you can pick up a ‘Coke‘ for just under 10,000 USD – about as much as you’d pay at retail for a GMT-Master II (although as we’ve discussed before, buying desirable Rolex models at RRP is often an exercise in futility). Compare that to their prices for ‘Pepsi‘ references – which average closer to the 18,000 USD mark.

It’s a confusing trend, seeing as the ‘Coke’ is arguably more versatile for day-to-day wear than the less subtle ‘Pepsi’. You’d think if anything that the strength of the Coca-Cola association would also elevate ‘Coke’ prices, but not so.

Much of it has to do with notoriety. The reality is that the GMT-Master ‘Pepsi’ is one of the most popular; most ‘hyped’ watches of all time. It’s the horological equivalent of a Supreme ‘box logo’ hoodie or a pair of rare Nike Air Jordans (never mind the fact that Jordan’s Chicago Bulls are the ones with the black and red team colours…)

Our take? Let the clout chasers froth over their ‘Pepsis’. The lack of attention could let dedicated Rolex fans pick up a highly desirable GMT-Master for a more competitive price. Besides, you’ve never heard anyone ask a bartender for a rum and Pepsi, have you?