Any watch collector worth their salt is sure to have a Rolex or two in their collection. Basically a by-word for horological excellence and luxury, Rolex watches are incredibly desirable, and unlike many other watches (or indeed, many other luxury investments) tend to appreciate – some wildly so. Even people not really into watches know what Rolexes are, and want to snap them up.

But the contrasting valuations of these two 70s Rolexes on sale in Sydney are sure to bewilder any rookie collector.

This pair of ‘Pepsi’ GMT Master IIs (ref. 1675) on Vintage Watch Co.’s online storefront both feature a coveted ‘long E’ matte black dial, period ‘Oyster’ bracelets and look absolutely stunning, but where one has but a slightly worn bezel (not surprising seeing as it’s an almost 50-year-old watch) the others bezel is almost completely ‘ghosted’; sun-faded to a point where you can barely tell what colour it is any more.

But ironically it’s the faded ‘Pepsi’ that’s worth more than the unfaded one: the former commanding an asking price of A$33,500 compared to the latter’s A$26,500 – a $7,000 difference; enough to buy you a new TAG Heuer Carrera and have more than enough money left over for a coffee. 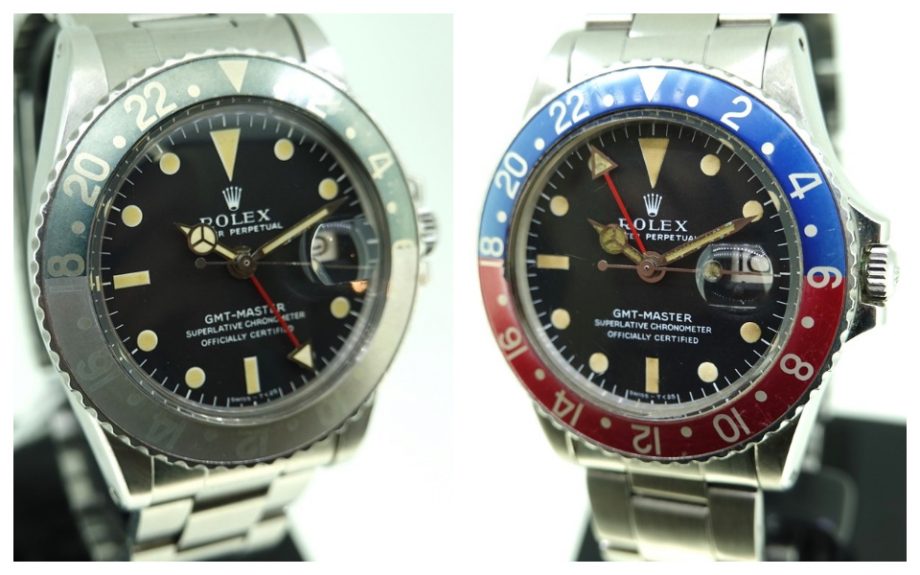 To the untrained eye, this price difference seems absurd. Why would I need to pay more for the watch in worse condition?

Simple: the faded watch comes with ‘punched papers’ (that means that its warranty certificate was punched by the original Rolex dealer – a big plus for collectors), a letter from Rolex Canada dated 1972, a valuation document from 1994, and its original box. That’s about as good as you could hope for when it comes to vintage Rolexes.

In comparison, the unfaded watch can only be dated from its bracelet, which also is marked 1972 – but as bracelets are fairly easy to change, it’s not the same as having all your original papers. It does come with its original box and can be identified as a 70s model thanks to its dial and other features, but the provenance makes a big difference.

In fact, leaving aside provenance, the faded watch could still be considered more valuable than the unfaded, precisely because it’s so worn.

One of the main reasons people collect vintage watches instead of going out and buying new ones is because they tell a story. The faded dial says that it’s been worn out in the sun, yet has been well maintained. Well-loved, is a more appropriate description. Despite how good fake watches have become, you can’t fake that sort of wear; that sort of history. Guitars attract a similar sort of valuation and are another useful case study for this phenomenon.

Take these three examples of the classic Gibson Les Paul, one of the most popular electric guitars ever made. A new ‘Les Paul Standard 60s’ (basically, a new guitar modelled after the version of the Les Paul sold in the 60s) costs US$2,500. Gibson also sell a ’60th Anniversary 1960 Les Paul Standard’ – which again is a new guitar, but rather than simply being modelled after a vintage Les Paul, uses period-correct electronics and is ‘aged’ from the factory in order to resemble a real 60s Les Paul. It costs US$6,500. 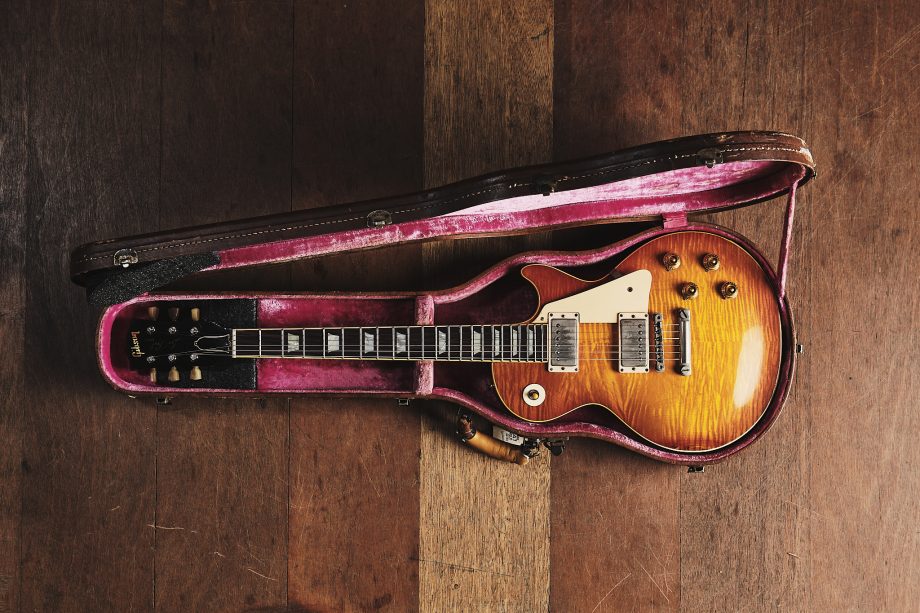 Then, compare those prices to this genuine 1960 Les Paul Standard, currently being sold alongside its original hard-shell case by Seattle-based vintage guitar dealers Emerald City Guitars for a whopping $179,950.

‘Factory aging’ is a big business in the guitar world, precisely because people actually desire the wear-and-tear of a vintage guitar. The watch world’s no stranger to this either – bronze watches have become incredibly popular in recent years, such as the Panerai Submersible Bronzo 47mm, precisely because bronze will naturally and quickly develop a noticeable patina, particularly when exposed to sea water.

But like both these Les Pauls and GMT Master-IIs reveal, there’s no substitute for the real deal – especially for collectors.