I Visited ‘Australia’s Northern Lights.’ It Completely Blew My Mind

Who needs Iceland when you’ve got Adelaide?

But COVID-19 has upended a lot of things. One upshot of this is Australians exploring Australia (remember that place?).

I am both ashamed and proud to say that I am one such Aussie: though I’m loathe to admit I neglected Down Under before, I am more than happy to trumpet my findings now that I’m out and about seeing it.

RELATED: I Visited NSW’s Most Instagram Famous Waterfall. It Was A Complete Disaster

My main discovery? There’s more to Australia than Sydney and Melbourne.

Not only is there more to Australia than its Big Swinging Cities, but there are attractions in places like Adelaide which rival that of the more famous metropolises.

Enter: Borealis, a Northern Lights type experience – something which I never thought I’d get to see in my life, let alone 2021. 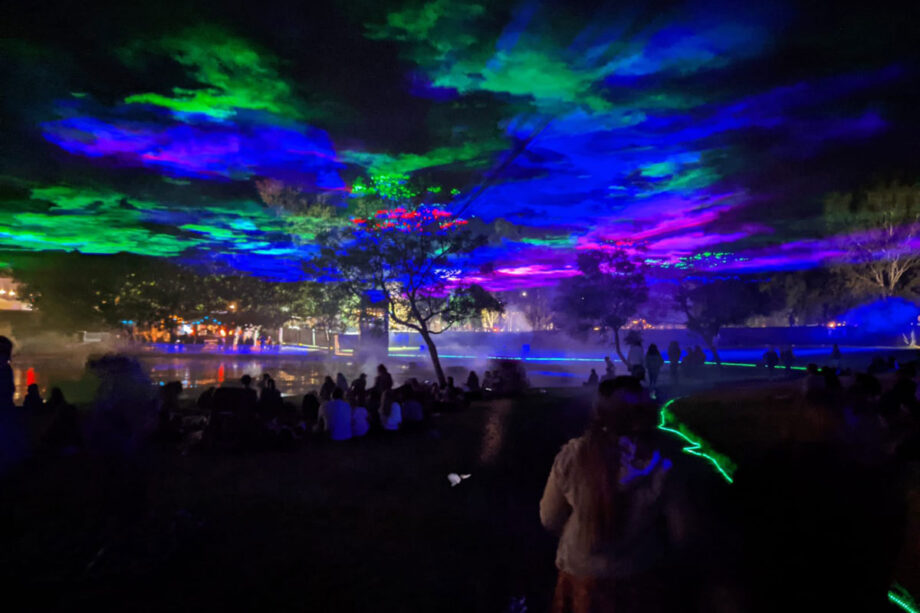 Having been invited to South Australia by Qantas, Borealis was the last stop on a whirlwind trip of wining and dining I recently was lucky enough to be a part of.

Borealis is at Adelaide’s Fringe Festival – the biggest arts festival in the Southern Hemisphere.

Adelaide’s Fringe Festival has hundreds of stalls, entertainment and musical attractions, and is the closest thing I’ve seen to a Spanish-style feria in all the years I’ve lived in Australia.

Without getting too ‘yoga guru’ on you, it was wholesome. Just strolling down Rundle Street (the Las Ramblas of Adelaide?) blew my mind. Where was this in Sydney? Watching all those people eating all the way out into the pedestrianised avenue was a revelation.

Restaurants were making a killing, and everyone from their grandad to their youngest cousin seemed to be out and about.

There was even – for the quick-to-sneer, traveller-not-tourist types, just the right amount of ~authentic~ city vibes.

As I learned in the 7/11 queue on my way home from Borealis, as the guy behind me cracked up his mates by furiously ‘air humping’ me every time I turned around to face the counter, Adelaide is no Abu Dhabi.

Anyway: back to the start of the night. I bustled my way to the end of the main street (stopping to eat dinner along the way) and then suddenly the bright lights of the avenue were behind me. I entered a new world of Gluttony.

Gluttony is the name of the popular, quirky outdoor hub for the Adelaide Fringe, which is set in the beautiful surrounds of Rymill Park in Adelaide’s East End.

I strolled past a circus, a concert and all sorts of food stands, all in the space of about thirty seconds, before arriving at the much-coveted Borealis – a light show designed by international artivist Dan Acher.

Borealis is created by high power laser beams, which travel through particle clouds to create the illusion of Aurora Borealis. Variations in weather conditions, movement, colour, and density mean the effect is different every night. 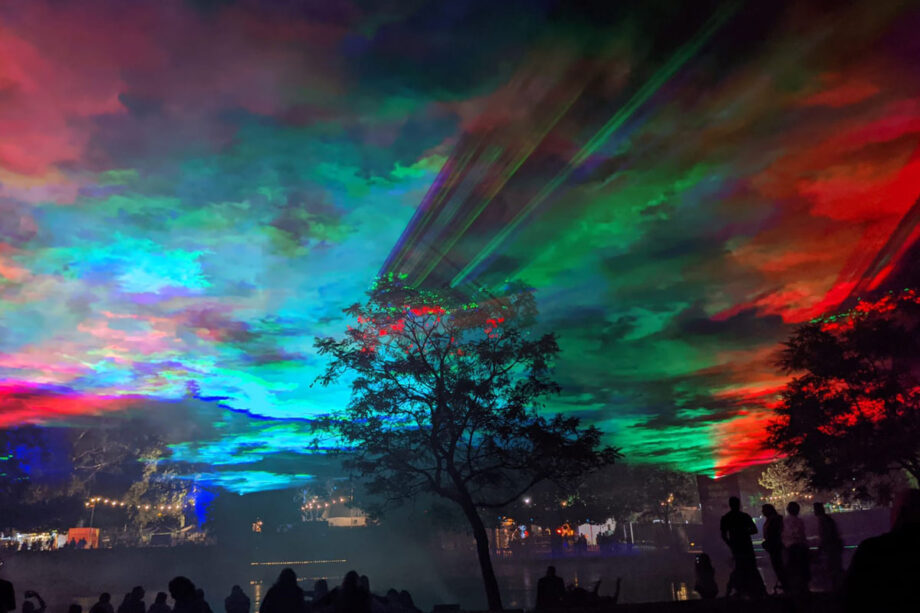 “Move through the canopy, be transported by a stunning soundscape and marvel at Borealis as it flickers among the trees and reflects over the lake at Murlawirrapurka,” Adelaide Fringe describes the experience.

I can attest it was cool.

I was impressed. The music hummed in semi ominous, semi mysterious fashion, which helped me imagine I was really up near the North Pole, and most people sat or laid down in groups to admire the spectacle.

After experiencing Borealis’ haunting charm, I’m surprised it’s not more widely known. Though it had its Southern Hemisphere debut at Gluttony in 2018 (since then it has travelled the world and appeared in a dozen countries, before making a much-anticipated return this year), it’s still not well known throughout other states of Australia.

Ask any given person if they know about Adelaide’s Northern Lights and you will still likely get a quizzical look.

Interest piqued? Borealis is on until the 21st of March 2021 and, at the time of writing, there are still tickets available ($10 a pop).

If you don’t live in Adelaide, there are some great flights about at the moment. Qantas last week released $99 one way flights (available only as part of a return trip booking) to Adelaide from Sydney, Melbourne, Brisbane, Perth and Canberra.

It’s a timely offer, with South Australia celebrating 2021 as the Year of South Australian Wine – an initiative that will showcase the quality and variety of winery experiences and events on offer across the state’s 18 wine regions.

The sale will run for one week until 11.59pm (AEDT) 18 March 2021 unless sold out prior. To book, and for full terms and conditions, visit qantas.com/sasale.

For further information about the 2021 Year of South Australian Wine, visit southaustralia.com.