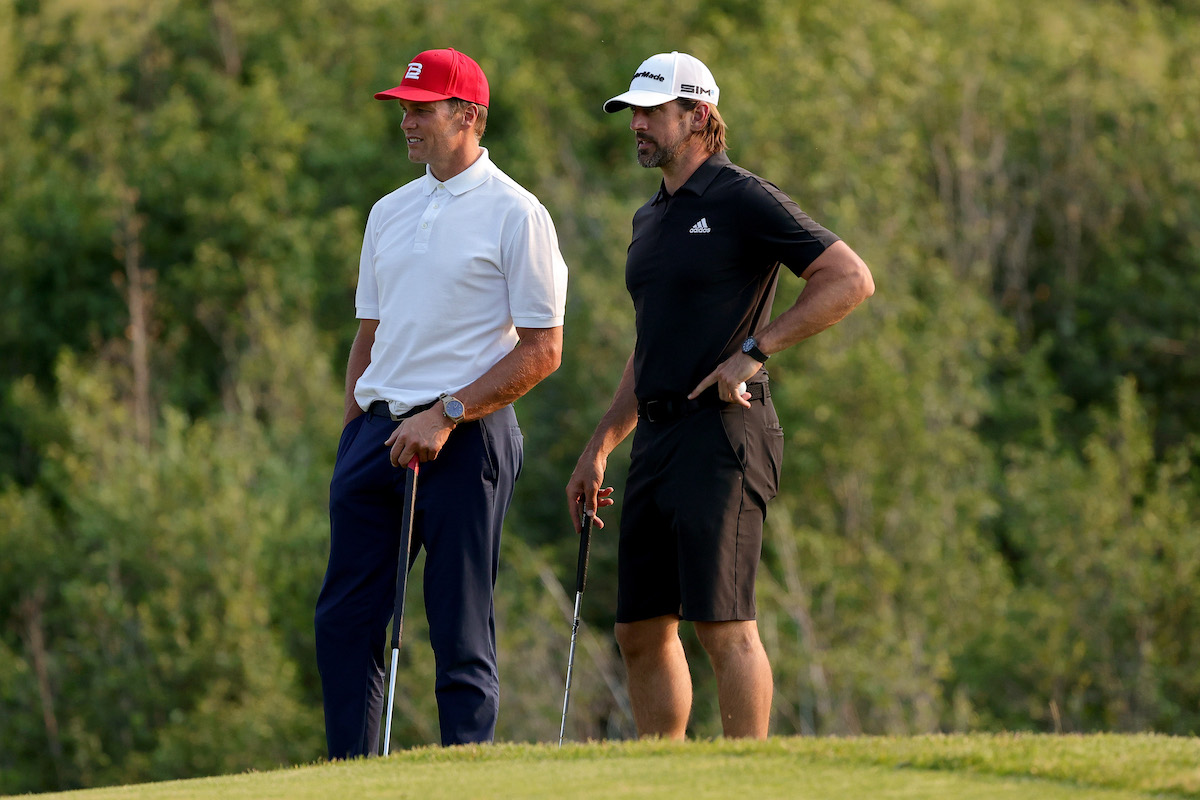 Golf is more than just a sport.

It’s a form of mindfulness; a discipline that’s more about restraint than it is about power. It’s where business deals and political negotiations happen. It’s a way to catch up with mates… Or go to war with them.

It seems as if it’s the latter that Tom Brady prepared for during his recent golfing face-off against friend and fellow NFL superstar Aaron Rodgers yesterday.

The pair were at The Reserve at Moonlight Basin in Big Sky, Montana, competing in 2021’s edition of Capital One’s The Match, a charity 18-hole game. Rodgers teamed up with world #6 Bryson DeChambeau and Brady teamed up with world #36 Phil Mickleson for the event, but naturally, all eyes were on the two quarterbacks.

Of course, our eyes turned to what was on Brady’s wrist: an IWC Schaffhausen Big Pilot’s Watch Top Gun Edition “Mojave Desert” (ref. IW506003). Brady might have looked outwardly at ease on the green and happy to trade light-hearted trash talk, but this choice of timepiece reveals how he was ready for war. 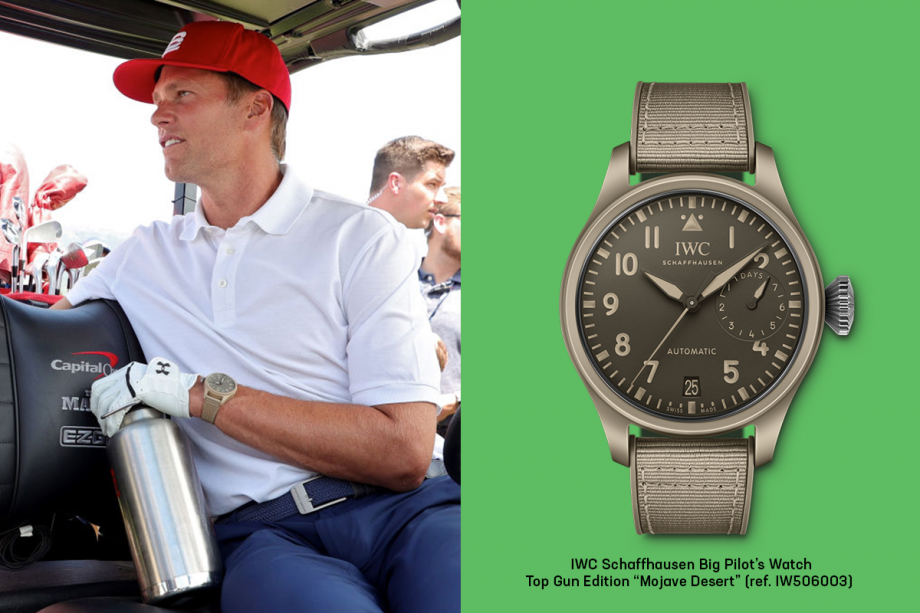 The ‘Top Gun’ in the watches’ name doesn’t refer to the Tom Cruise movie: it instead pays homage to the US Navy’s Fighter Weapons School, also called TOPGUN. It’s this elite flight school that inspired the iconic 80s flick.

IWC has had a long relationship with TOPGUN. Indeed, they offer an exclusive model – the Pilot’s Watch Chronograph Edition “Strike Fighter Tactics Instructor” – which is only available to TOPGUN graduates, much like how Bremont offers their MBI exclusively to customers who’ve ejected from a Martin-Baker ejection seat.

As for Rodgers, he sported a rather futuristic Zenith Defy Classic Carbon (ref. 10.9000.670/80.R795) on his wrist. As the name implies, the Defy Classic Carbon features a case made out of incredibly light yet durable carbon fibre, which protects the ultra-thin and high-frequency Zenith Elite movement within.

Sadly for Brady, it was Rodgers and his Zenith that took home the gold on the green. After being tied at hole #9, Rodgers and DeChambeau edged ahead of Brady and Mickleson and secured victory by hole #16, SportingNews reports.