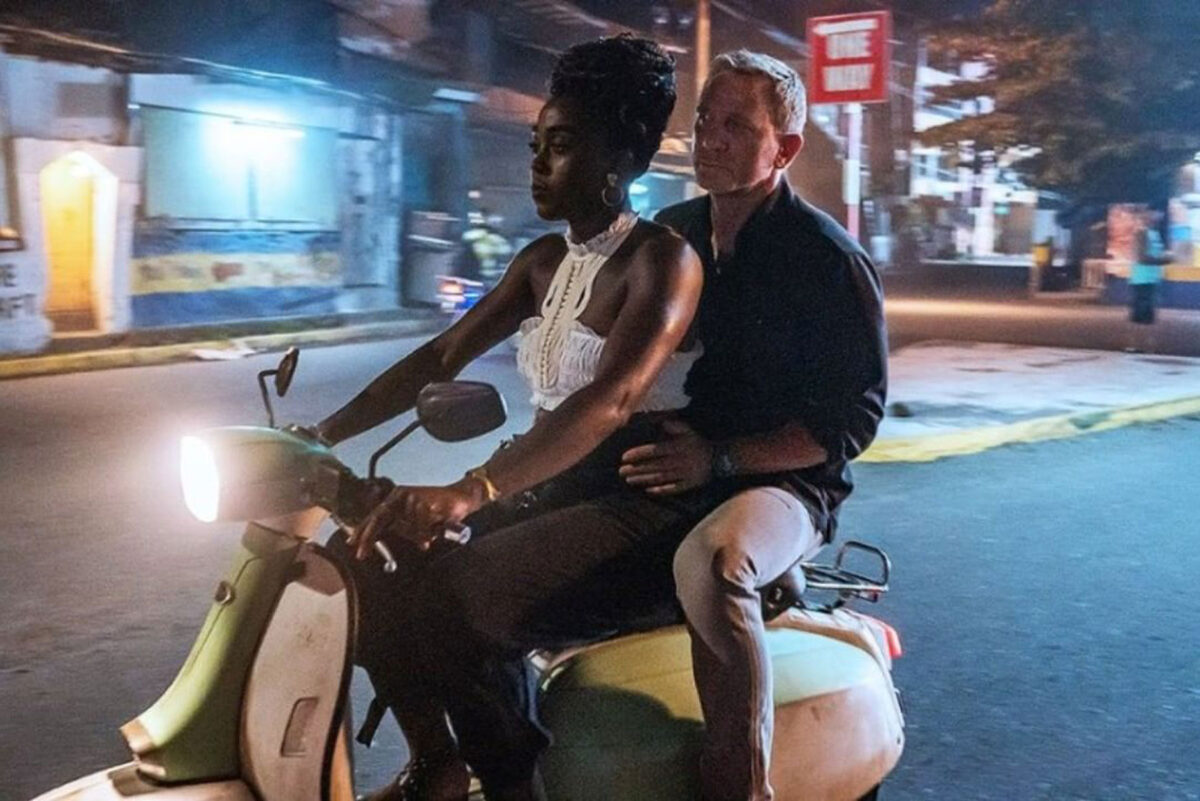 Whether you think this is a travesty for the iconic 007 institution, or whether you think anyone complaining about it must be a narrow-minded fossil insecure in their own masculinity (or whether you kind of feel a pang of both), what’s beyond debate is that the following photo, recently posted to Instagram by various fan page accounts, is sure to spark quite the debate among Bond fans.

Instagram account @bondvoyage007 posted the image in good humour, writing, “This is the next best thing when the bus is late in”

The original photo, however, comes from Nicola Dove (@filmstillsacademy).

The most aggrieved commenters to be found, however, are hanging out under @commander_james_bond_’s repost of the photo, making such remarks as: “Some men don’t like being taken for a ride,” “I don’t know why I think it’s funny,” and “Bond riding B*tch!”

Others wrote: “LITERALLY taking a ‘backseat’ to his eventual / inevitable female replacement haha…” and “Where is James Bond in this picture ?”

This isn’t the first time fans have been upset by the Bond being in a passenger seat.

Who needs a movie? In 2021 all you need is popcorn and social media.

Also: for those of you getting your panties in a twist over Bond not vigorously straddling every vehicle he comes across, consider the following Daniel Craig quote from a recent podcast.

“I get shot and then I get blown up. It feels like James Bond to me.”