Luckily Ben Simmons is a born and raised Essendon fan or else he could have seriously ruined his latest vehicle purchase. Why? Well, Essendon black and red is the perfect match for a Ferrari 488 Pista, which the basketballer proudly showed off on his Instagram story this afternoon in what he called his “Bomber Essendon FC inspired” vehicle.

Judging by his Instagram stories the star is holding onto the car, posting the 488 Pista logo over twelve hours ago and then followed by a video showing off the full car some eight hours later. The Ferrari 488 Pista was launched last year and was the most powerful V8 in Ferrari’s history with the ability to go from 0/100km/h in 2.85 seconds. Unfortunately for Simmons, it’s unlikely he will be able to hit its top speed of 340km/h in Philadelphia where he resides during the NBA season. 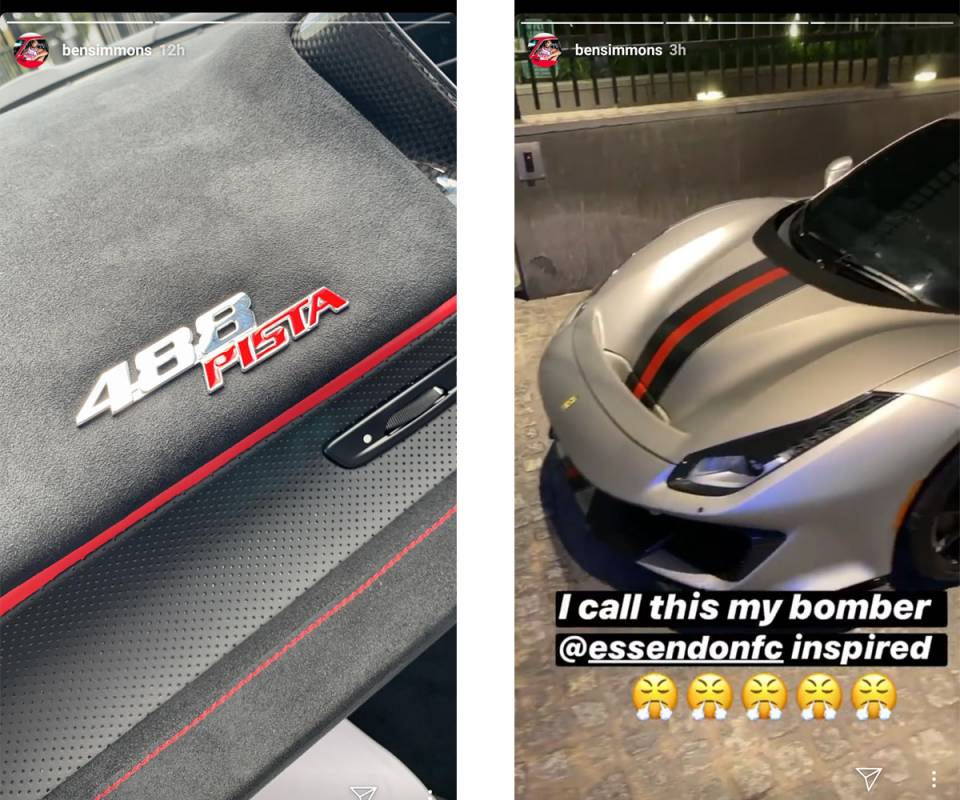 The Ferrari Simmons was showing off is matte grey with red and black racing stripes which fortunately for the star matches his beloved Essendon team. Can you imagine if he was a Hawthorn fan? Good luck ever finding a luxury vehicle in those colours.

The Australian NBA superstar loves his cars and can usually be seen driving his bespoke Rolls-Royce Cullinan but has also shown off a 488 Ferrari and Dodge Challenger SRT.

Despite Australian media attempts to bring the star down due to his ‘lavish’ choices, Simmons continues to be unfazed, particularly if this latest purchase is anything to go by. After all, why wouldn’t you drive fast cars?