He may be retired but he’s still the king of ‘ring bling’ (or just bling in general). Earlier this week Floyd Mayweather Jr. showed up to the pre-fight between Errol Spence Jr and Mikey Garcia at AT&T Stadium in Texas. Whilst the IBF World Welterweight Championship was the main event, it was Mayweather’s choice of attire that really grabbed our attention. 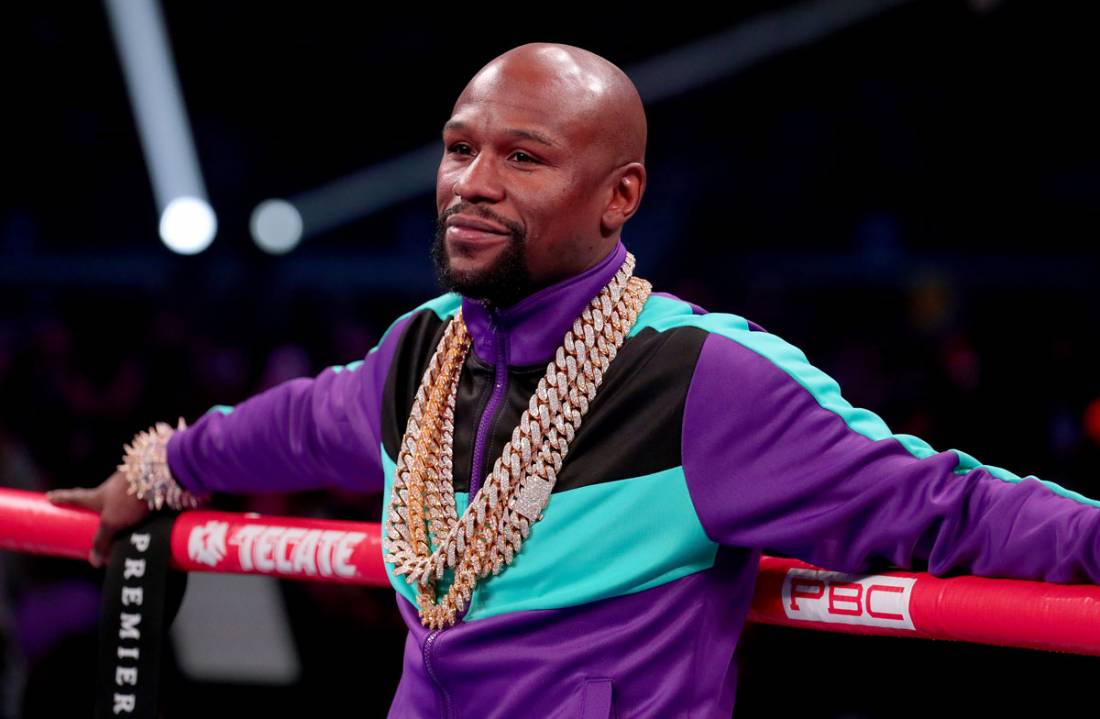 The 42-year-old opted for a purple and teal colour-blocked tracksuit which was pretty damn cool, but it was quickly overcome by the three massive diamond-studded gold chains sitting around his neck. We tried to find out where they came from and what they’re worth but it appears there’s little detail floating around. One could only assume a ballpark figure into the millions given that the boxer is reportedly worth between US$700 million and US$1 billion as of January 2018. But we digress. You want diamonds? Count them. Mayweather paired the athleisure wear to a gold and diamond encrusted spiked cuff. We’re not exactly sure what style of menswear to label this is so we’ll just call it…’cashleisure’. 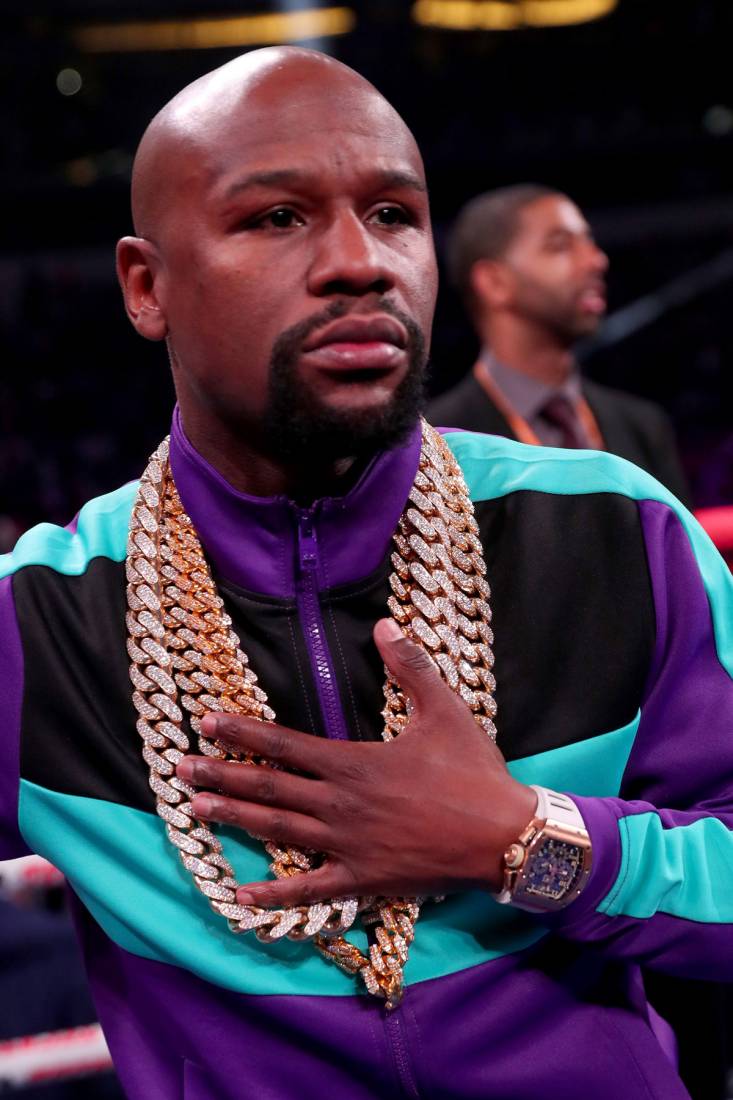 Mayweather wasn’t done there though. On his left hand is what appears to be a custom version of Richard Mille’s RM 50-02 ACJ Tourbillon which commands a price tag US$1,050,000 for the standard version. In total it’s probably enough to fund a small rogue nation but for Mayweather it’s all just chump change. Don’t believe us? Here’s the man hilariously explaining how he deals with haters…one watch at a time.

Mayweather may look like he’s sitting on top of an endless gold mine but the boxer recently revealed to CNN’s Talk Asia that he actually had a rough upbringing and people only see what they see now.

“I’m not perfect. I made mistakes in my life, but when it’s all said and done, only God can judge me. There’s nothing that I wouldn’t give my children. What’s important in life is not how much money you make, but how much money you can invest and put up, and it’s about making your money work for you.”