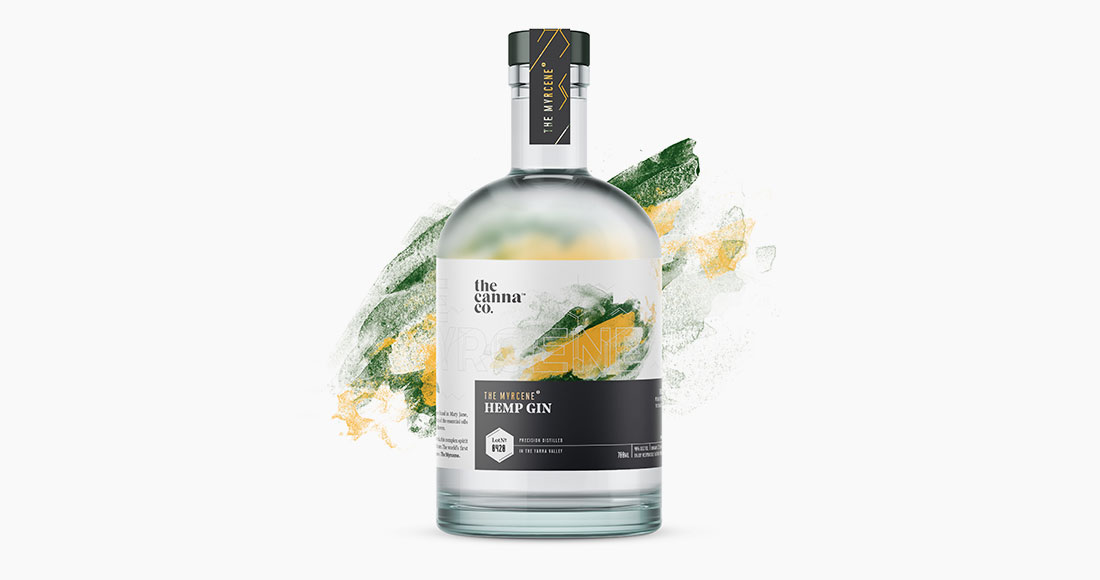 Since hemp became legal in Australia on November 12, 2017, two Aussies and an Irishman have been turning the non psychoactive parts of the plant into useful products—chief among them, a relaxing gin that will invoke euphoria, but won’t get you high.

Intrigued? Then forget about hemp’s ability to medicate, feed, shelter, clothe, fuel, make auto parts and bio-plastics, and read on.

The Cannabis Co. is the love-child of a PhD biochemist (Dr David Stapleton), a successful entrepreneur & brand builder (Richard Jameson) and a marketing guru (Cormac Sheehan).

As for the gin, “It took quite a few goes to get to a good product,” Sheehan told the SBS in an interview. “As we started adding in botanicals, we began to uncover a gin which was great, but not… award-winning. That wasn’t good enough – from day one we didn’t want novelty gin. It had to stand on its own two feet as a gin, regardless of the cannabis element.

“The real breakthrough came when we started adding terpenes to the distillation process.”

The key to the gin’s success lies in terpenes—essential oils found in many types of medicinal plants and flowers—the “essence” of a plant. And Cannabis Co.’s innovative new spirit, the “Myrcene Hemp Gin” pays tribute to Myrcene, the most abundant terpene found in cannabis.

Dr. David Stapleton, a Senior Researcher at The University of Melbourne with a Ph.D. in Biochemistry and Molecular Biology, helped them discover and implement this into their gin recipe, and his expertise (he has worked all over the world and published over 100 scientific papers) has proved crucial in shaking the “hippie” stigma that comes with cannabis.

This is helping them re-invent the public image of hemp, which has applications as a food, a medicine, a textile and even as a sustainable fire-resistant building material. And now: as a way to spice up a drink that’s been largely un-invigorated since the era of Orwell and Churchill.

Their limited edition Myrcene Hemp Gin was originally distilled with select elements from the hurd, bast and seed of the cannabis plant, giving it a considerable hemp content and earthy woodland character. However, what really distinguishes it from other gins is the addition of various terpenes, which were isolated and examined, with myrcene being selected as the winner.

Also found in hops, bay leaves and mangoes, Myrcene is reputed to produce “joyful” and “euphoric” effects alongside “an overall feeling of relaxation.” Perhaps the most highly-valued terpene due to its ability to ease symptoms of chronic pain and inflammation, they stumbled across Myrcene in a slightly unusual manner.

The breakthrough, according to their press release, finally came about not after sweating away in the lab, but reclined (we presume) on a couch with a bunch of history books, where they discovered some interesting commonalities between terpenes and spirits, strongly influenced by an early 17th century gin-making practice.

“Whereas these early pioneers used primitive pot stills and added terpenes to mask the flavour of crudely-produced spirits, The Cannabis Company use column stills to craft a lighter and more refined gin, adding myrcene for its joyful sense of euphoria alongside its relaxation-inducing qualities.”

“A common practice in tropical British colonies was to soften quinine’s bitter flavour by adding gin,” the press release continues. “Australia today has thankfully outgrown many of its more negative colonial echoes, but it still retains one old habit which has now gone global: taking the edge off the mozzies with a cool gin & tonic.”

So for old world tradition with a splash of contemporary ingenuity, get your hands on one of the 300 limited edition (of this initial release) bottles of brew, crafted in Healesville Victoria.