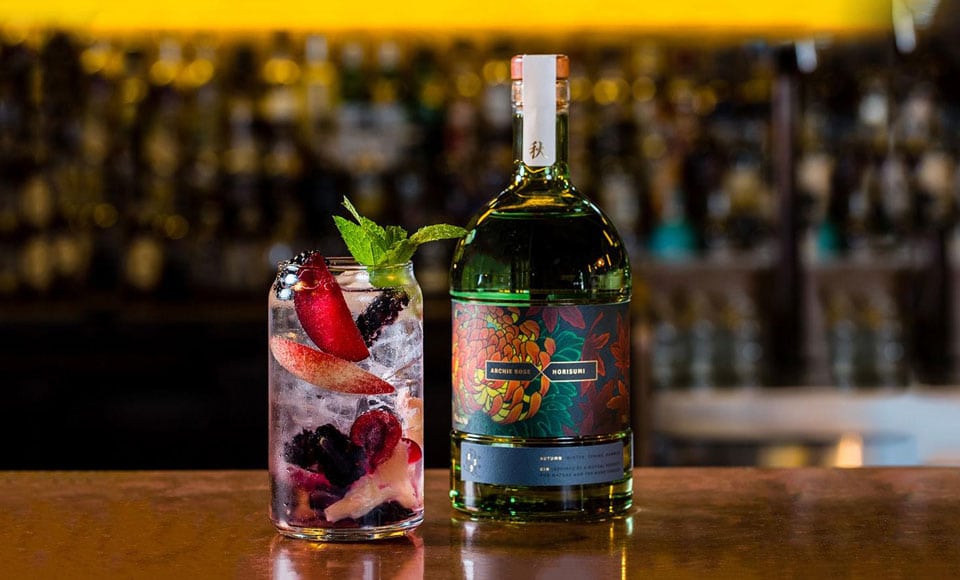 Other than perhaps an Aperol Spritz, chilled glass of white wine or a mojito, few other drinks are as refreshing as a gin and tonic. A drink that is easy to savour and easier to enjoy, gin is a spirit that can introduce a multitude of flavour profiles.

With its history being traced back to 13th-century Netherlands (although some reports claim it was invented in Italy) and a surge in popularity in England being responsible for its global appeal today, gin now comes in a huge number of varieties deriving from distilleries all around the world.

That includes Australian. Just as our nation has pretty much carved out a unique craft beer scene of its own, we’ve seen plenty of distilleries dishing out their own interpretation of what a good gin should taste like, many of which have been the recipient of awards.

As ever, there is always place to recommend the very best bottles to buy right now, which is exactly what we’ve done with this list of best Australian gin.

Whilst there are a few classic gins in this list, we noticed a strong shift away from tradition, and a firm embrace of raw flavours and ingredients endemic to Australia.

But first: a lesson in alcohol.

How Is Gin Produced? 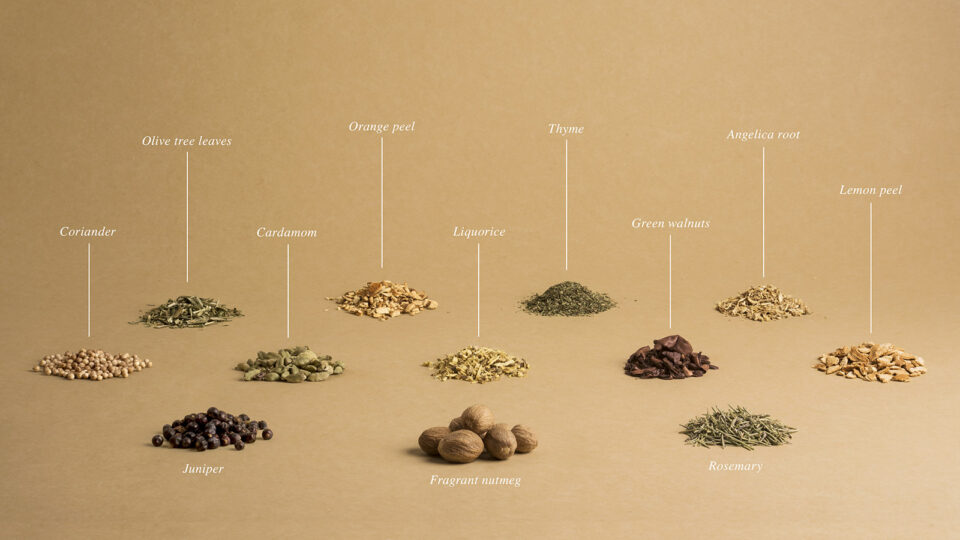 It’s all about the botanicals, baby!

Delve a little beyond the Bridget Jones reputation that gin has, and you’ll find that it’s actually a spirit of incredible finesse, balance and complexity. Starting life as a relatively neutral-tasting alcoholic spirit, all gins are then flavoured primarily with juniper berries as a rule, before being distilled multiple times with barks, roots, spices, and a range of other ingredients that impart a unique blend of tangy, spicy flavours to the drink.

With so much freedom afforded to those who make it, it’s little surprise that so many styles of gin have arisen across the world (for example, an ‘Old Tom’ gin like Hernö has a distinctly different flavour compared to a ‘London Dry’ like Bombay Sapphire), and it’s this freedom that has helped gin become probably the most diverse and popular craft spirit in Australia today. Seriously, go and look at how many great Aussie gins there are out there. It’s quite astounding. Here are just a few!

Archie Rose is not afraid of breaking tradition. Which is lucky, because it believes in making the most of local ingredients, in order to create “an Australian offering of a very English drink.”

“What we have in Australia are raw ingredients you can’t find anywhere else in the world,” they told the Daily Telegraph.

“Lemon myrtle has five times the citrals of lemon zest, river mint has a more savoury flavour than regular mint and blood limes, a cross between a finger lime and mandarin, were created by the CSIRO in WA… These botanicals give our gins a really unique flavour profile.”

It is for this reason Archie Rose is best drunk with soda water rather than tonic (so that you can appreciate this new-world gin without sugar masking the taste of its exquisite flavour profile).
Shop Now 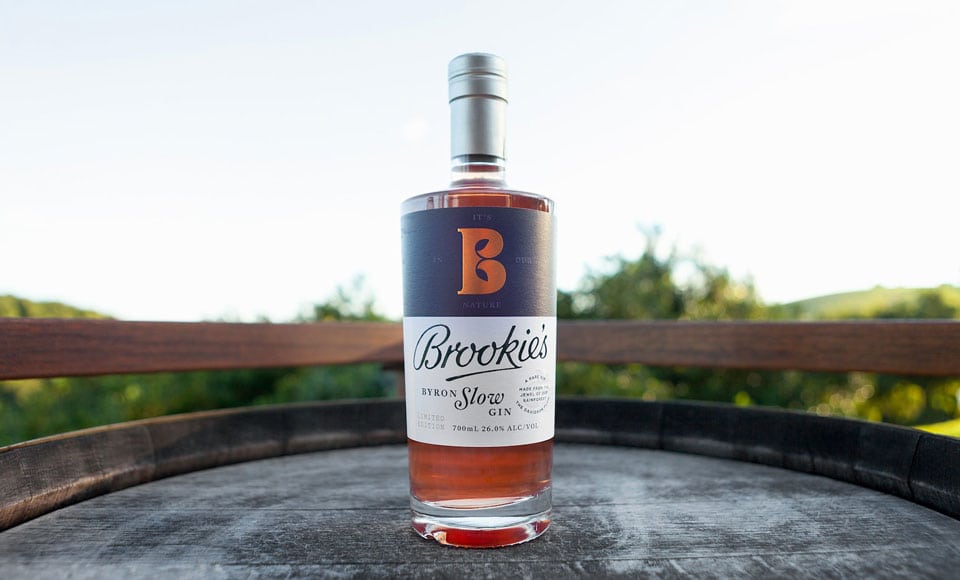 When a ‘slow’ gin from the chilled-out town of Byron Bay wins gold at the 2018 San Fransisco World Spirit Competition, you know it’s something you shouldn’t sleep on.

Brookie’s makes a traditional dry style of gin, infused with the unique flavours of the subtropical rainforest of the Northern Rivers. Not only does its brew taste great, but it has also been regenerating rainforest for the past 30 years, looking after the place where it harvests the native botanicals it uses.

The Davidson Plum is made in the style of the traditional English ‘sloe’ gin, whereby the eponymous plums are left to steep in Brookie’s Byron Dry Gin for several months, allowing time to imbue the drink with their flavour.
Shop Now 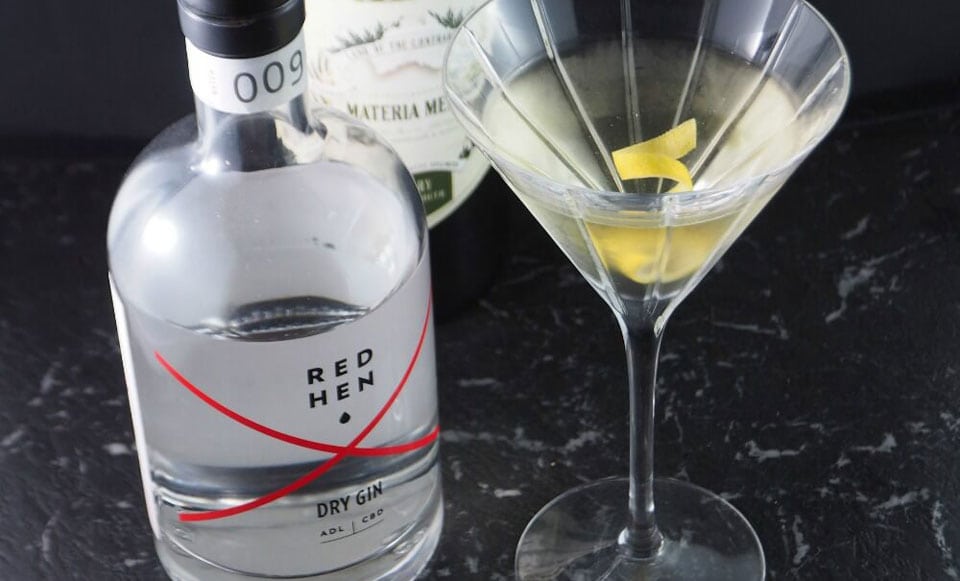 A delicate, juniper-forward gin, the Red Hen boasts soft citrus and floral notes that hum alongside crisp, peppery, fresh notes of celery, berries and grains. These tones flow easily down the throat, where you notice a hint of Cassia shrub—at once light and earthly.

The brand was started by a group of friends, who caught the old Red Hen trains to school together, hence the friendly name. Now they are a staple feature in Adelaide’s CBD. Oh, and less than a month after launching, Red Hen Gin won the ‘Champion Small Batch Spirit’ at the Australian Distilled Spirits Awards. Not bad at all.
Shop Now 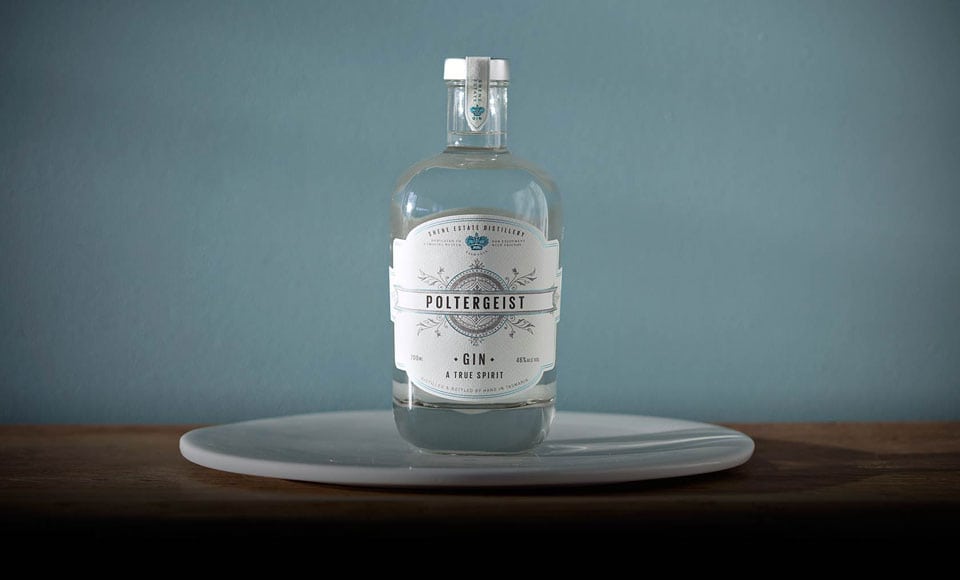 A raw London Dry from Shene Estate Distillery in southern Tasmania, this craft gin will make you shiver with joy. When it won gold at the 2017 World Gin Awards, it was described as “resinous with deep flavours that are green and leafy, with a woody pepper-spice.” So if spices, herbs and earthy notes tickle your nose (or your fancy) then have a swill of this tasty-bitter orange. And don’t forget to revel in the menthol finish.
Shop Now 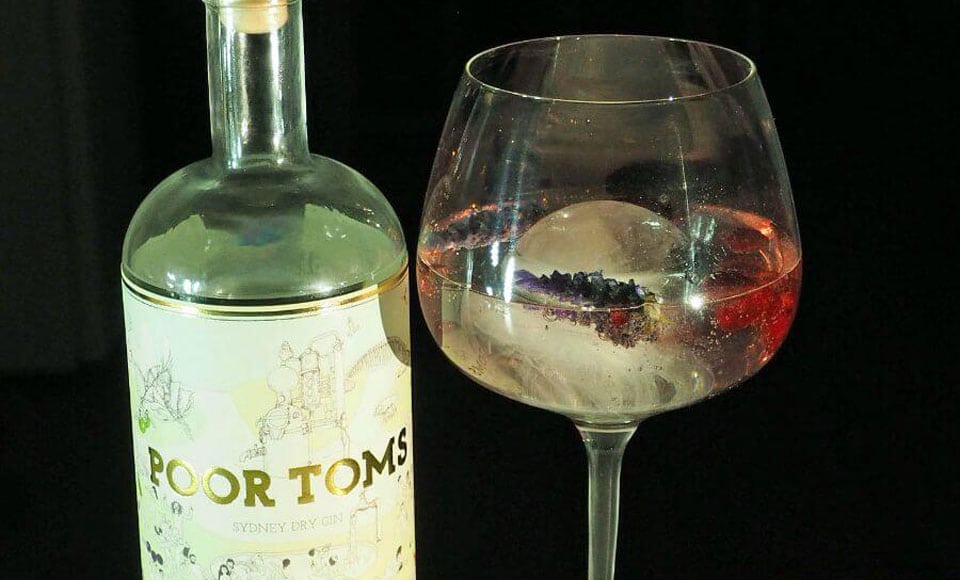 This craft distillery, located in Sydney’s Inner West, has one singular focus: to make exceptional gin. Its products are unconventional, irreverent, and firmly world-class. It believes making a great gin requires, in equal parts, focus, and magic – which is why it makes gin and nothing else.

The ‘Sydney Dry’ Gin is an easy drinker with a timeless juniper backbone, complemented by fresh green apple, native strawberry gum leaf, and chamomile. And for those that like a bit more ‘pedal to the metal’, there’s the ‘Fool Strength Gin,’ a rich, classic, full-bodied gin with a grapefruit and all-night-long liquorice/juniper finish.
Shop Now 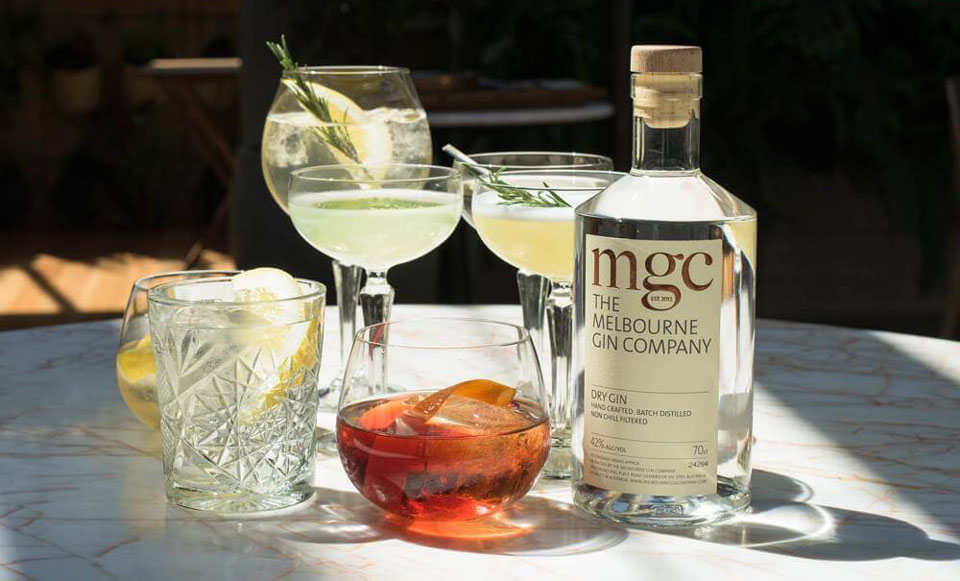 First of all, it’s fair to say that Melbourne Gin Company’s label is possibly the best looking of any bottle of alcohol made in Australia today. But it’s not all style over substance. Distilled on the same bit of real estate as the esteemed Gembrook Hill Vineyard, Melbourne Gin Company’s drop has been developed from the artisan stovetop experimentation of one man.

Distilled with all the classic staples of gin, Melbourne Gin Company also throw in macadamias, orange, sandalwood, and a range of barks and roots to keep things thoroughly cosmopolitan and Australian. Bottoms up!
Shop Now 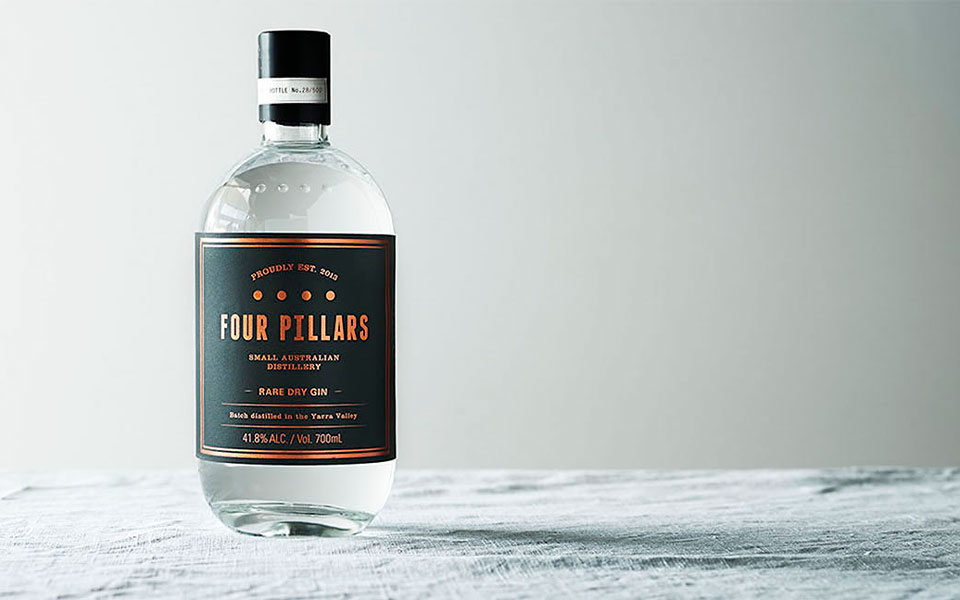 Four Pillars makes the best gin in the world. Fact.

The Victoria-based distillery took home the International Gin Producer of the Year gong at the 50th Annual Wine & Spirits Competition in late 2019. Considering the company was only founded in 2013, it’s clear they’re doing something very right.

Each of the four gins currently produced is made based on ‘four pillars’: Stills; Water; Botanicals and Love. The company claims its flagship Rare Dry Gin makes the world’s best G&T. Others include a Bloody Shiraz Gin, which adds in Shiraz grapes from the Yarra Valley region while the Spiced Negroni Gin makes the perfect Negroni.
Shop Now 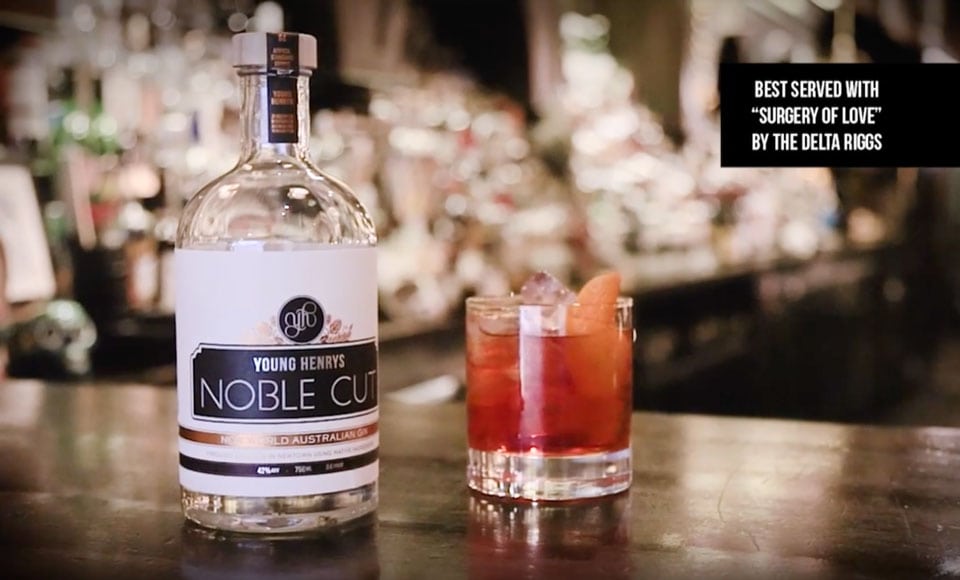 Everyone’s sunk a schooner of their Newtowner beer by now, but the latest venture by Young Henry’s is to take a brewer’s approach to the art of gin distillation. What does it bring to the table that’s unique? Hops.

Young Henry’s is a craft brewery at heart after all. As one of the few distilleries in the world to add hops in their mixture of botanicals, its created a truly unique gin that speaks for the sights and sounds of Newtown.
Shop Now 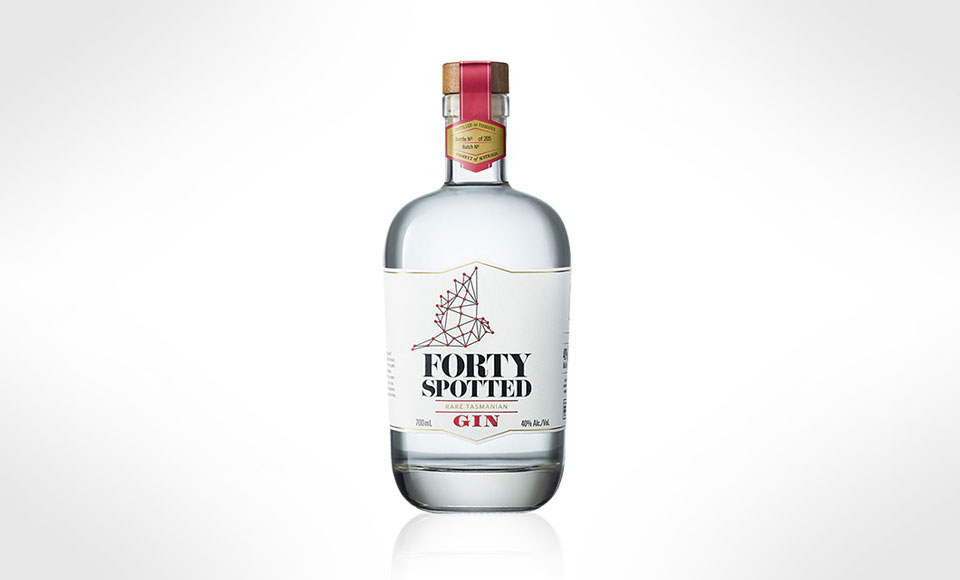 Forty Spotted harks back to the traditional dry gins of London Town, with heavy flavours of juniper and rose petal forming the base of its flavour profile. What gives Forty Spotted a new world twist however is the addition of a rare, native Tasmanian spice that balances the traditional London bitterness with peppery, spicy flavours.

Lark Distillery is also one of Tasmania’s premier whiskey distilleries, and you can buy a barrel-aged version of Forty Spotted for just a few bucks more.
Shop Now 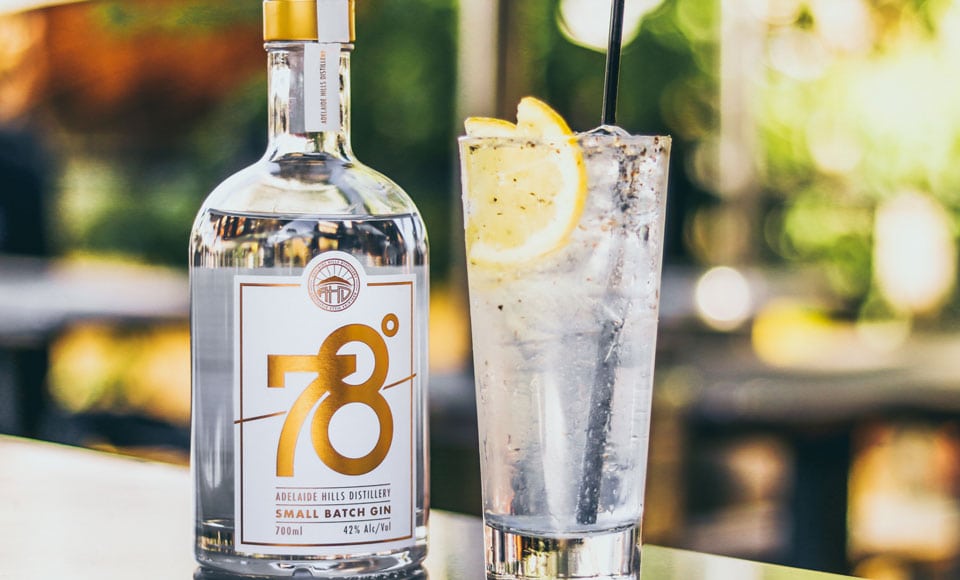 Adelaide Hills 78 Degrees is truly handcrafted, and the distillers actually hand-designed their own column and basket still system to retain as many of the 12 unique botanical flavours as possible in their gin.

To get the most out of this system, this grape-based gin is never heated past 78.1 degrees (hence the name) and made with pure Adelaide Hills water, creating a punchy, almost savoury tasting gin.
Shop Now 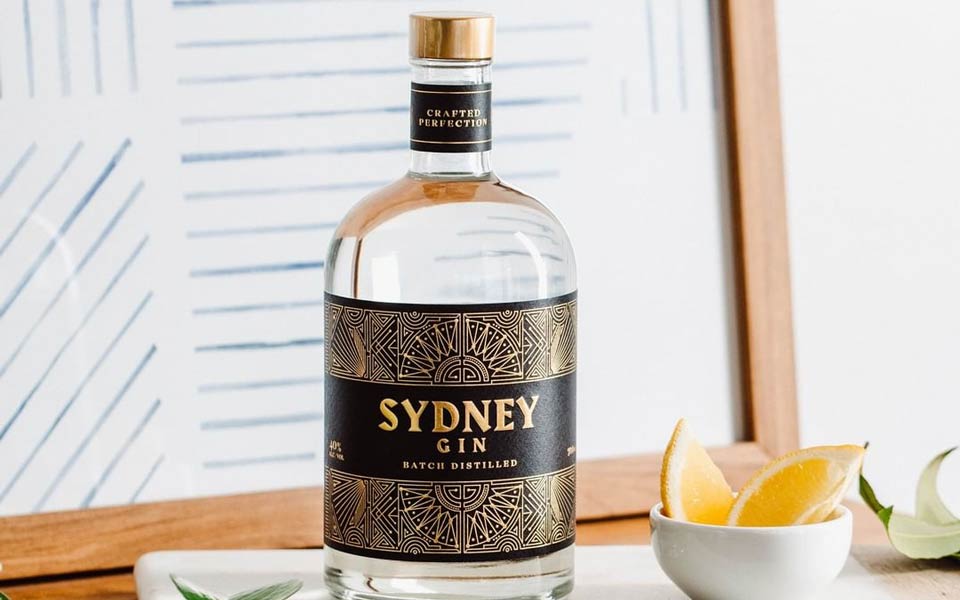 Australian Distilling Co has the unique appeal of creating an individual gin for the majority of Australia's most famous cities and landmarks: think Perth, Adelaide, Darwin and Bondi. Each bottle is infused with flavours representative of its namesake location, and their Sydney gin is a particular highlight.

Lemon myrtle, orange zest and coriander are added to a base created with juniper and a thoughtfully curated collection of spices, resulting in a drop that reflects the sun-kissed coastal city.
Shop Now 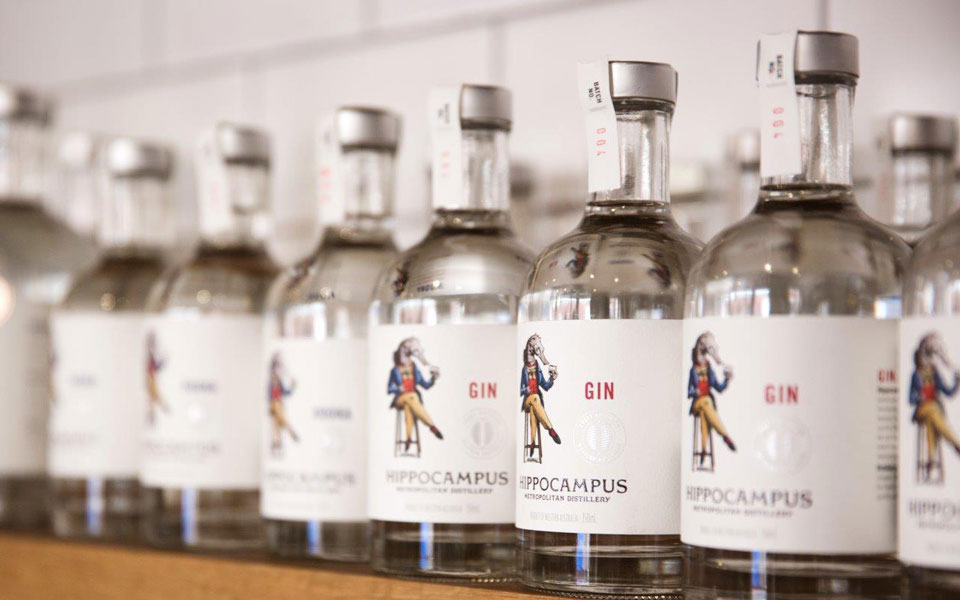 Hippocampus’ Dry Gin is another San Francisco World Spirits Competition gold medalist, which is made using the ‘one-shot’ method, which sees the botanicals macerated overnight before being distilled and then bottled with purified water.

This London Dry promises to provide a “superb juniper character and subtle flavours from botanicals including orange and lemon peel, coriander and cubeb pepper.”
Shop Now 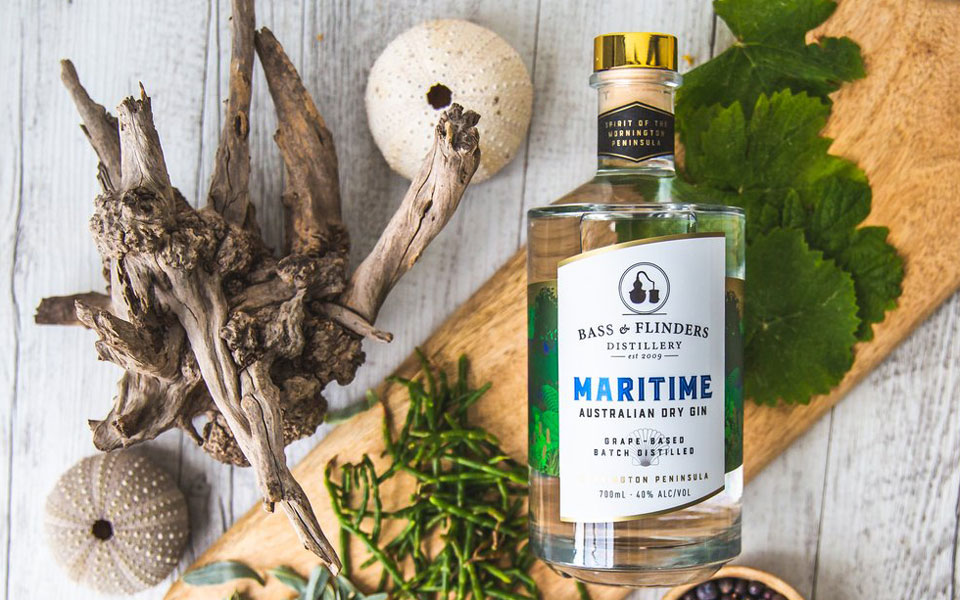 Bass & Flinders set itself up in Victoria, surrounded by vineyards. It sources grapes directly to use in the distillation process of its gins, giving them a “truly unique flavour profile”. The Maritime Gin is an Australian twist on the traditional London Dry gin, made from locally sourced kelp, samphire and vine leaves.

The company says its best served with Mediterranean tonic water and garnished with either a bay leaf or lemon.
Shop Now 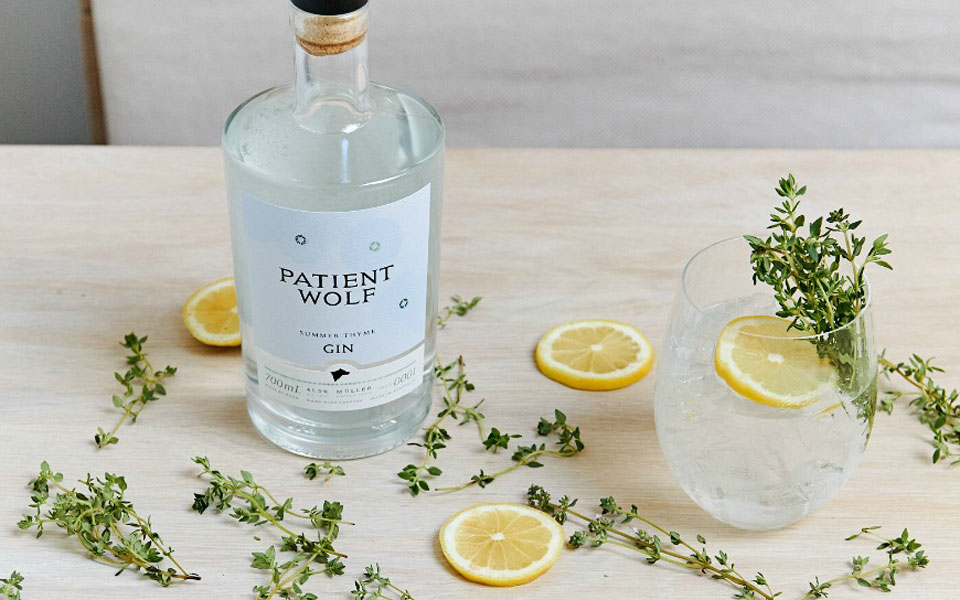 Patient Wolf was born after a fair few tasting sessions and the desire to create a gin that was unequivocally Australian and made from local ingredients. The company has three gins in its repertoire, including the Summer Thyme gin, which, as the name suggests, is best enjoyed on a summer day. We love a good pun almost as much as a good gin here at DMARGE.

Bursting with lemon but with hints of piney juniper and fresh thyme, the Summer Thyme gin is a refreshing style gin that is “the perfect summer sipper”.
Shop Now 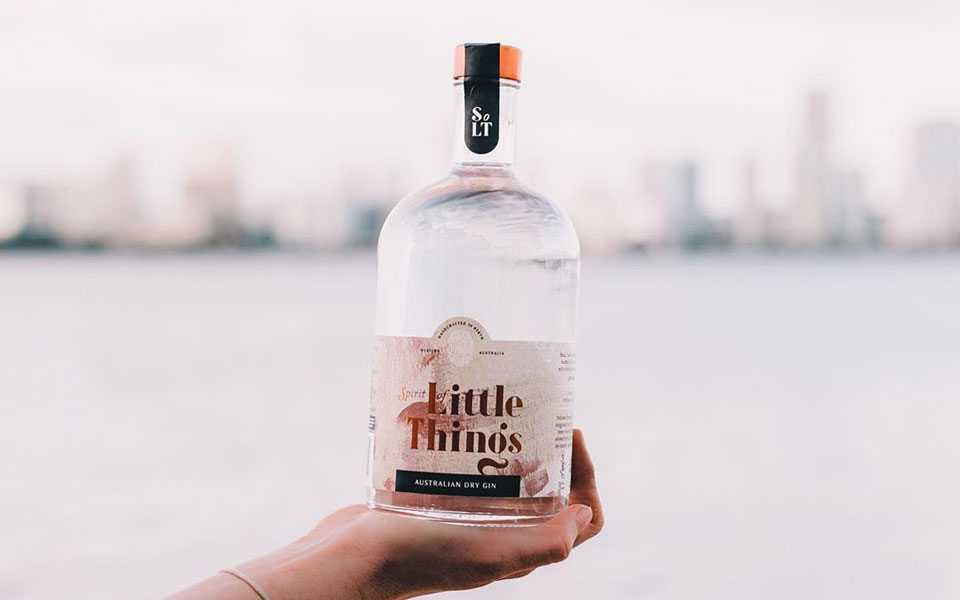 Spirit of Little Things is an incredibly young distillery, being founded in 2018. It was created to produce small-batch artisan gins with an Australian fingerprint. Botanicals used in each of the three gins the company makes are hand-selected.