The thing to remember when drinking any high quality spirit is that it will more often than not taste exactly how you wouldn’t expect it to.

This is the case for Vodka, a spirit in which 90% of its sworn drinkers have never had it straight.

Of course, this isn’t anyone’s fault – up until now Australia has largely only had the choice between Vodka that have won medals in the Cold War era and mass-market French stuff which makes you look like a complete wanker (i.e. paying $50 for a cocktail in a coke-encrusted VIP booth).

This is because Vodka is one of the most non-regulated spirits to distill, compared to something like whiskey, which takes at least 3 years of barrel ageing just to be legally given that name.

The exciting part of that is that passionate distillers are free to go wild with their creations, cooking up some of the most unique spirits you’re ever likely to try.

As part of the rise of a new breed of Australian distillers, Australian Vodka is riding this wave thoroughly. But take note: this isn’t stuff to mix with a 2-litre bottle of Golden Circle OJ.

It’s a drink, which just like the finest whiskey, wine or beer, is there to be appreciated properly.

If you don’t know, now you know, drinker.

The beauty of Small Mouth Vodka can be summed up largely in the way the bottle looks. It’s clean, it’s fresh, it’s thoroughly Australian, and incredibly fashionable. In fact, you may have already seen it on the shelves of some of Sydney and Melbourne’s watering holes.

But it’s not just style with no substance – 9-times distilled and 3-times charcoal filtered, it’s a perfect entry level for anyone looking to take his or her Vodka game up a notch. It’s also incredibly drinkable in just about any concoction.

Everything about 666 Pure is designed to give the best  representation of Tasmania possible. Made with Tasmanian Barley and Cape Grim rainwater (they say Cape Grim’s air and rainwater is apparently the purest in the world), 666 Pure is exactly what it says on the label: pure.

If you’ve ever wondered exactly how good Vodka can taste, the notes of chocolate, pepper and chilli in 666 Pure will give your senses a much-needed lesson. They’ve even distilled Vodka with St. Ali Coffee and North West Tasmania’s best dairy farms to create both a Coffee Vodka and an Autumn Butter Vodka.

If this hasn’t piqued your curiosity enough, you can hit up their distillery for guided tours, tastings and blending classes so you can sound like you know what you’re talking about moving forward.

Hippocampus is possibly a little more famous for its Gin, but that doesn’t mean the good folks there haven’t taken the finest care in making their Vodka. A far cry from the potato vodkas of the Soviet era, Hippocampus is made using fresh Western Australian wheat, noted for its quality and sustainable harvesting.

Developed over 9 months, only the “heart” (meaning the purest part) of the distilled spirit is kept. This means less filtering and a purer, cleaner Vodka with an incredibly full flavour. 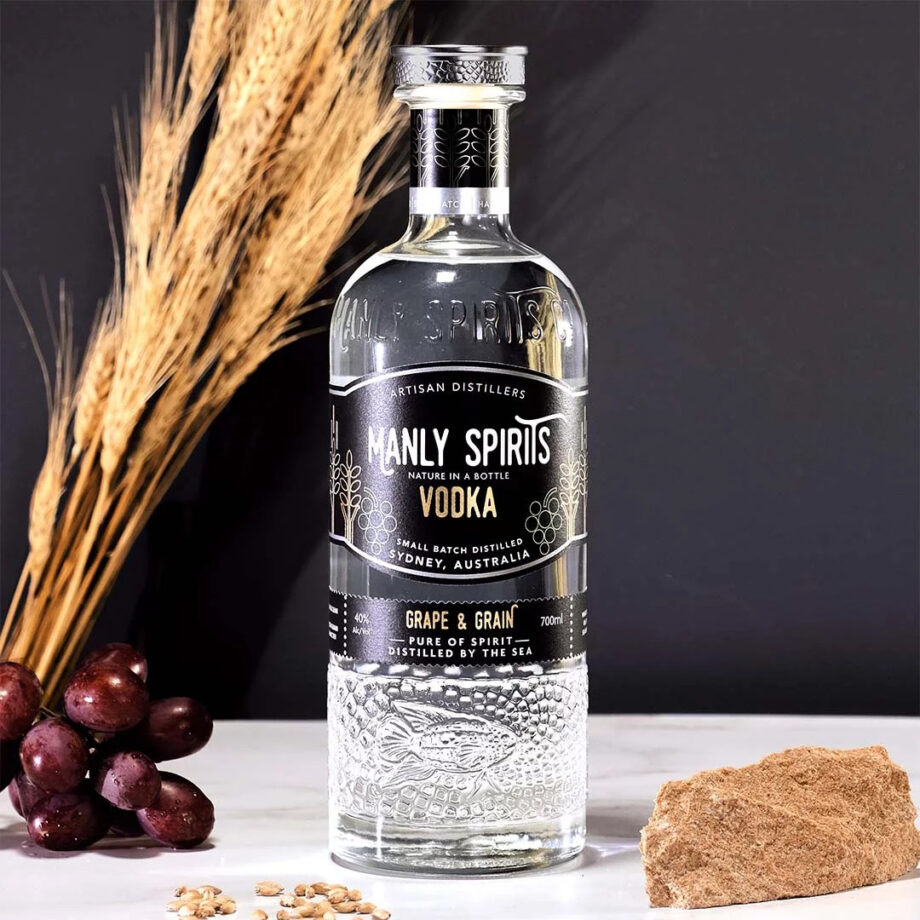 Manly Spirits may also be more famous for their mother’s ruin, having made a name for themselves with outrageously good gin, but their vodka ~vibes~ too. Their Grape and Grain Vodka is said to be pure of spirit and distilled by the sea and that really comes out in how it tastes. A pure, crisp Vodka with notes of barley, wheat and rye (and grape), this one fills out any cocktail with a smooth, subtle, sweet and grainy backbone. They also do a marine botanical vodka which is made with sustainably collected Australian native marine botanicals. These give it its salty sea note smell, which is perfectly balanced with gentle umami flavours on your tongue. It’s ideal in a Dirty Martini or served on the rocks with lemon. And don’t get us started on how it pairs with oysters. Heaven.