Sydney is a city full of people who enjoy a drink or several. The nightlife mecca that was King’s Cross may have gone, but that hasn’t stopped a wave of bars, clubs and pubs from opening their doors throughout the urban metropolis, to welcome beer drinks, whiskey enthusiasts and gin lovers, to name a few.

Sydney is home to a large number of craft breweries for you to get your drink on, but if hops and malts are a bit too much for you, you can always head to a distillery to sip on something a little less bloating but a whole lot more delicious.

Fortunately, there is a good range of distilleries dotted around within the city walls and not in some far-flung location such as the Hunter Valley (although we’d also recommend a trip there) and all of them not only offer a stylish bar to sit at to enjoy the drinks on offer, but an educational experience that is essentially a chemistry lesson, but one you can actually enjoy. 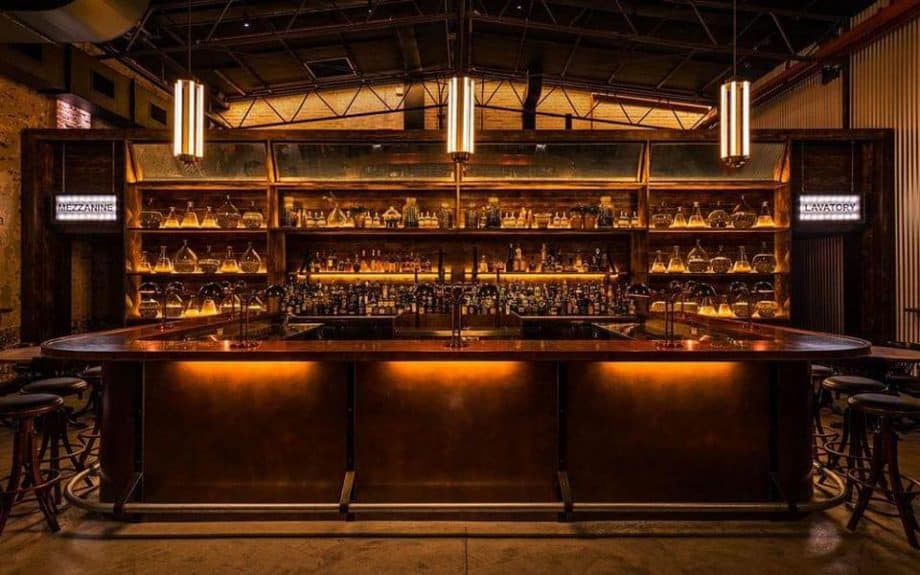 The Archie Rose distillery is something of a major landmark in Sydney, for it is the first independent distillery of craft spirits to open its doors since 1853. To open up something such as a distillery in a city where it could be perceived there was no real interest was clearly a challenge that founder Will Edwards was more than happy to take on. It was only founded in 2015 and in the short amount of time since, can only be considered a success.

Not only has the distillery and its adjoining bar been the recipient of multiple awards, including the World’s Best Distillery Experience by the Barleycorn Awards, but the gin, vodka and whisky produced is nothing short of delicious. The focal point of the distillery is three large copper stills, designed to Archie Rose’s exact specifications and hand-hammered from the highest-quality copper from Europe.

You can book a tour of the distillery to learn how the spirits are made which of course is followed by a tasting of the core spirit range. Alternatively, you can book yourself onto a dedicated experience relating to gin or whisky, which go more in-depth into the history of each spirit. Or, you can simply head into the distillery, pull up a seat at the bar, and drink all afternoon and evening. 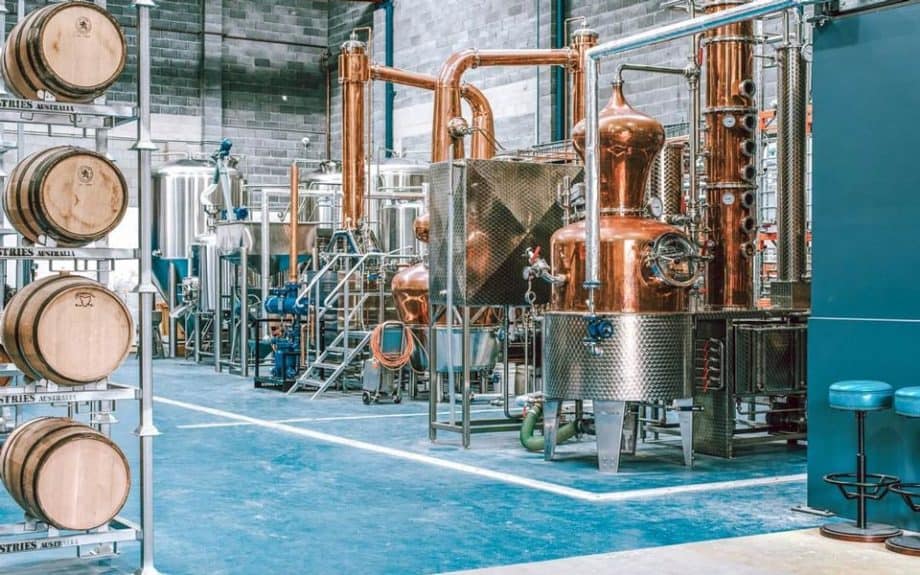 Manly Spirits Co. was founded by husband and wife team David and Vanessa in 2017. They were the first to admit opening a distillery is no easy task, so spent over a year researching others in the UK, US and Europe to help understand exactly what it takes. This was then followed by considerable time spent at a distillery in Tasmania to fine-tune the tricks of the trade. The result is a distillery that has a fun and welcoming vibe, and one that makes learning about crafting spirits incredibly interesting.

Gin is the dominant spirit of the core range, but Manly Spirits also has botanical vodkas and whiskeys for you to enjoy too. The range of distillery experiences is incredibly comprehensive, with tours dedicated to either gin or whiskey, a cocktail masterclass where you can learn to become a gung-ho bartender or you can even choose to “Meet the Distiller”, which are intimate sessions that allow you to ask Manly’s distilling team all manner of questions.

Of course, there is also a tasting bar where you can go straight to sipping on the artisanal spirits, complemented by a range of delicious bar snacks. 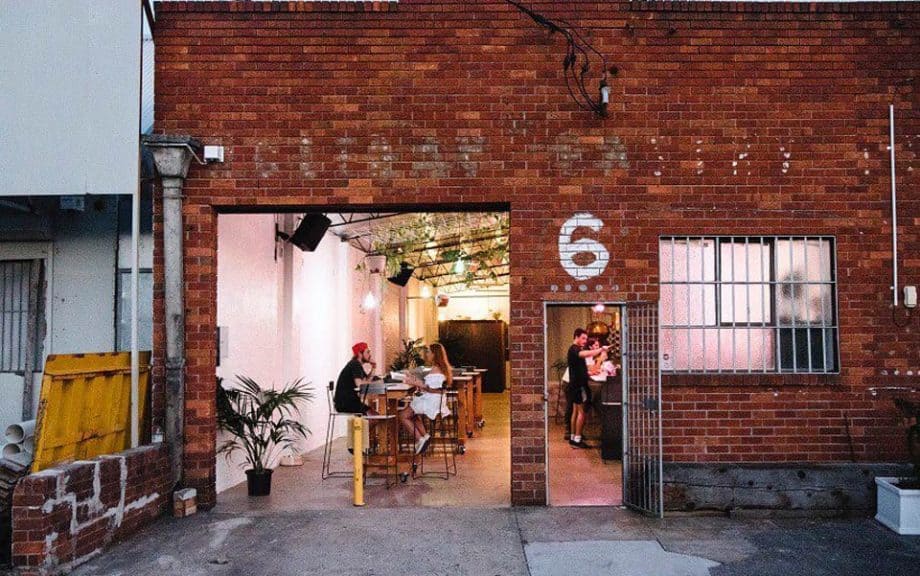 Marrickville might be the mecca for all things craft beer, but it’s also home to Poor Toms, one of the most exciting distillers of gin in all of Sydney. Founded in 2015 and the recipient of incredible support by way of a crowdfunding campaign ($25,000 in one day is pretty good in our mind), Poor Toms is a distillery set up by the people, for the people.

Not only does Poor Toms produce a traditional dry gin, but its range also includes a piña colada gin, strawberry gin and an Imbroglio Amaro which works wonders in a negroni in place of Campari. There’s plenty to try then upon your visit to the Gin Hall. Poor Toms doesn’t offer tours of the premises, but that’s because they’d much rather point you towards the bar to enjoy the fruits of their labour.

And what a space it is, with the tables and chairs being built by the team themselves, which adorn the stunning marble-topped bar. An in-house DJ and sausage sizzle are set up on Sundays, but drinks and cocktails are served from Friday at 3pm until late evening Sunday. 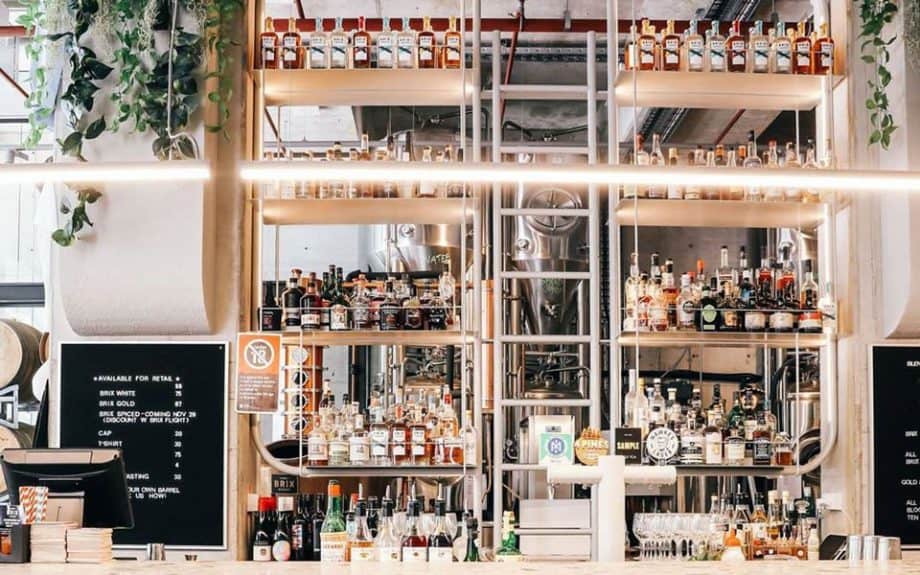 If gin and vodka are a bit too botanical for your tastebuds and you prefer something like rum, then you’ll want to pay a visit to Brix Distillers. Founded in 2017, Brix Distillers is the first distillery dedicated to rum production to set up shop in Sydney city for some time. The core range currently comprises white (which took home the award for World’s Best Unaged Pot Still Rum at the World Rum Awards 2020), gold and spiced rums, but the company has said that barrel-aged variants are on their way.

A full in-depth distillery tour shows how Brix makes its rum from start to finish, and finish with a tasting paddle showing off all of the rums made on-site. Alternatively, you can book yourself into to become a distiller yourself as part of a Rum School, where you can actually blend your own rum to take home.

And of course, there is also a bar on-site for you to not only enjoy the spirits produced by Brix, but other locally-made spirits too, alongside a menu with South American and Caribbean flavour.

What is a craft distillery?

Craft distilleries are independently owned and operated establishments that produce fewer than 750,000 gallons of alcohol per year. They make spirits like whiskey, gin, vodka and rum.

How many distilleries does Australia have?

Currently, there are 293 registered distilleries operating in Australia. Most of these establishments are located in New South Wales, Australian Capital Territory, Tasmania and Victoria.

What is the most popular spirit choice by Australians?

Whisky is the most popular spirit in Australia, followed by gin, bourbon, vodka and rum. Other favorite hard alcohol by the locales are ouzo, tequila and brandy.