How To Make A Negroni Like A True Gentleman 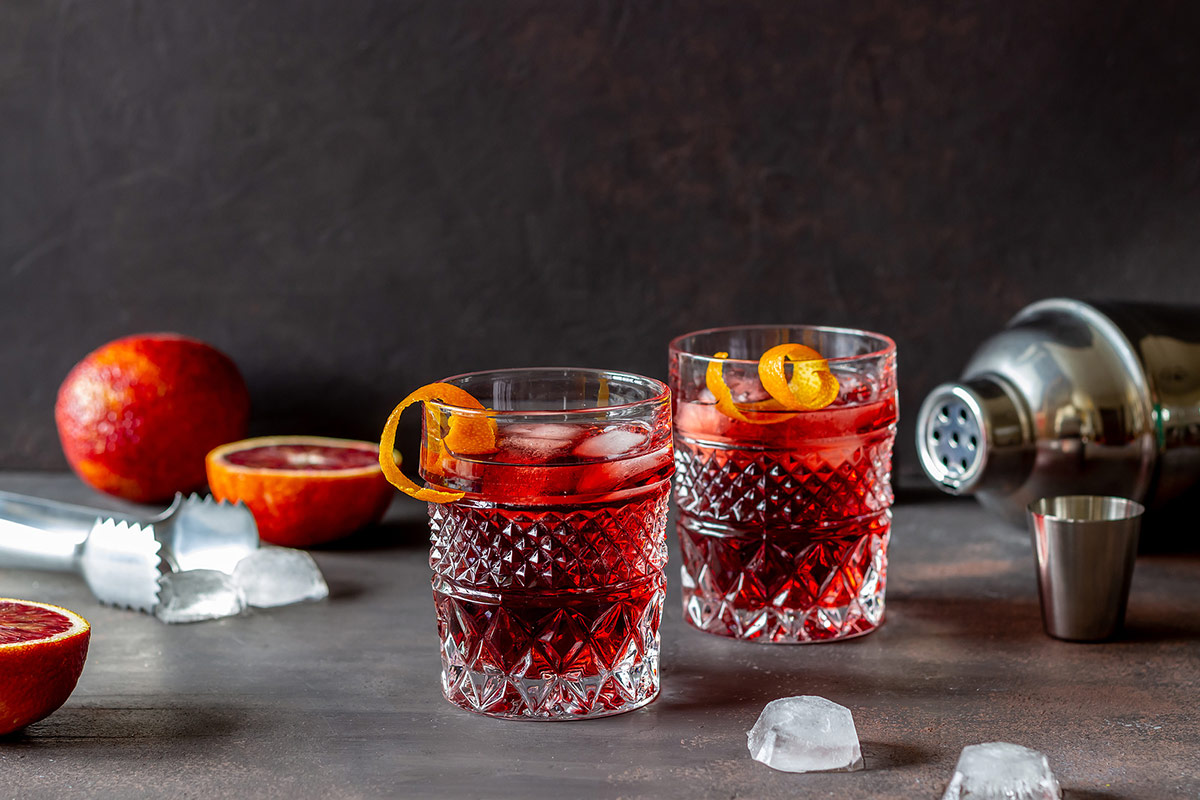 Who doesn’t love a stiff drink after work or at the weekend when out with friends? For Australian men who would rather have a schooner of Carlton Draught, there can be a certain stigma surrounding cocktails: “they’re a girly drink”. No. They’re not. Cocktails by their very nature are meant to taste delicious while hiding the burn-in-the-back-of-your-throat taste of the alcohol, perfect (and dangerous) for getting you suitably tipsy.

An absolute classic cocktail for both men and women is the Negroni. Made from just three ingredients, this seductively red cocktail is made to be sipped and savoured, a perfect after-dinner tipple, or even before – by its very nature, the Negroni is an Apéritif, meaning it can be served before or after a meal – and besides, who’s to judge?

But where did it come from and how the hell do you make your own sh*t-hot one? Allow us to explain all.

Origin Of The Negroni

The exact origins of the Negroni cocktail are surprisingly unknown. It’s believed to have originated in Florence, Italy (or at least, the earliest account of it) in 1919 at Caffè Casoni. The cafe was eventually taken over by fashion label Roberto Cavalli, which turned it into a boutique store and moved the cafe (under its ownership) one door down.

The drink is said to have been born out of a request from Count Camillo Negroni, who asked then-bartender Fosco Scarselli to take an Americano cocktail (Campari, sweet vermouth and soda water) and make it stronger by substituting the soda for gin (what else?). Scarselli, using his bartender nouse, switched out the traditional lemon garnish for orange, mainly to help identify it as a different drink.

Safe to say, the Count loved what he drank and as a family business, founded the Negroni Distillerie in Treviso, Italy, where it produced ready-to-drink versions of the cocktail.

Since then the popularity of the Negroni has soared, to the point where virtually every bartender worth his salt will know how to make one. Negronis are so popular in fact, that they have an entire week dedicated to them.

Negroni Week launched in 2013 as a charitable cause and now receives support from tens of thousands of bars around the world. Supporting bars make their own variations of the classic cocktail available for customers, with a portion of the proceeds going to their chosen partner charity. It is usually held in June, but in the wake of the pandemic in 2020, will be held from September 14th – 20th.

No matter where in the world you order a Negroni, it will always consist of just three ingredients.

These three spirits are easy to source, so making your own at home will be a piece of cake.

The classic recipe for a Negroni calls for equal measurements of each ingredient:

You can adjust the measurements of these ingredients if 30ml puts Tom Selleck levels of hair on your chest, going down to 20ml or 25ml, just as long as they’re all equal parts.

How To Make The Negroni

To make one in a traditional manner you will need a cocktail stirring spoon and a cocktail mixing glass or stainless steel container. You will also need lots of ice and orange to garnish.

Hollywood actor Stanley Tucci has previously shown the world his way of making a Negroni, which involves shaking, not stirring. While he received some support for this, the majority of the cocktail world was left quite literally shaken in disbelief. If you want to drink a traditional Negroni, steer well clear of shaking as it will dilute the Negroni cocktail too much.

Expert Twist On The Negroni

With the Negroni following such a strict recipe for many years, you may think to change the way it’s made, both the ingredients used would be nigh-on impossible. Wrong. Hayley Dixon, Tequila Specialist at Proximo has given us a slight variation on the traditional recipe, that has our tastebuds singing.

“For the Negroni twist I thought I would take the year 1919 and keep rolling with it. The Negroni paved the way for many cocktails including the ‘Left Hand’ made with Bourbon and the ‘Right Hand’ made with Rum in place of the gin and with the addition of Chocolate Bitters that was created in 2007 at Milk & Honey in New York.”

“For this twist, I have taken Angostura 1919 Rum and made it the hero and introduced Amaro Di Angostura in replacement of bitters to help bring all the ingredients together.”

How To Drink A Negroni

Because of its ingredients, the Negroni is very much on the bitter side of the tasting palette. It won’t be to everyone’s taste, at least on the first try. If you shiver with disgust on your first sip, don’t be put off. As with wines, there are plenty of taste variations to try, so there could well be a Negroni recipe that you like. You just need to try one a few more times to really understand it as a drink and to make a definitive decision whether it’s for you or not.

Experimenting with different gins and sweet vermouth combinations will have big effects on the taste. It can get expensive, but the investment to find the perfect Negroni for you will be worth it. In general, you’ll want to keep the Campari as a constant ingredient, although you can switch it out for Aperol or something like Poor Toms Imbroglio.

You can play around with the garnish too. If you’re using an orange peel, trying holding a match underneath it (the pith side) before twisting and dropping into the Negroni. The added heat will release even more of the flavourful oils. Alternatively, you can use a slide of orange instead, as it was the garnish used in the very first recorded Negroni.

Once you have found the recipe that works for you, the Negroni is best drunk while wearing your best French Riveria outfit: white chinos, a blue blazer – unstructured, of course – boat shoes and a Fedora. If you need some style inspiration, just take one look at Alexander Kraft.

What's in a negroni?

What does negroni mean?

The drink was named after its inventor, possibly Count Camillo Negroni (1868-1934), Italian gambler and bon vivant who is said to have invented the cocktail in Florence in 1919.