With the current worldwide epidemic, it can be easy to get too caught up with any developments. But the real big news of the past week was Tom Brady’s announcement that he would be leaving the New England Patriots after spending 20 seasons with them. After some rumours were floated around online suggesting where he would play next, Brady finally confirmed he would be joining the Tampa Bay Buccaneers.

But while many would be looking at the multi-million dollar contract that Tom signed his name on, on March the 20th 2020, we were instead drawn to the watch on his wrist. That’s because Tom’s wearing the limited edition IWC Pilot’s Watch Timezoner “The Longest Flight” Edition.

This Timezoner was released at SIHH 2019 in Geneva as part of IWC’s Spitfire line, is limited to just 250 pieces. Tom’s an IWC ambassador, so it’s no real surprise that he owns one. 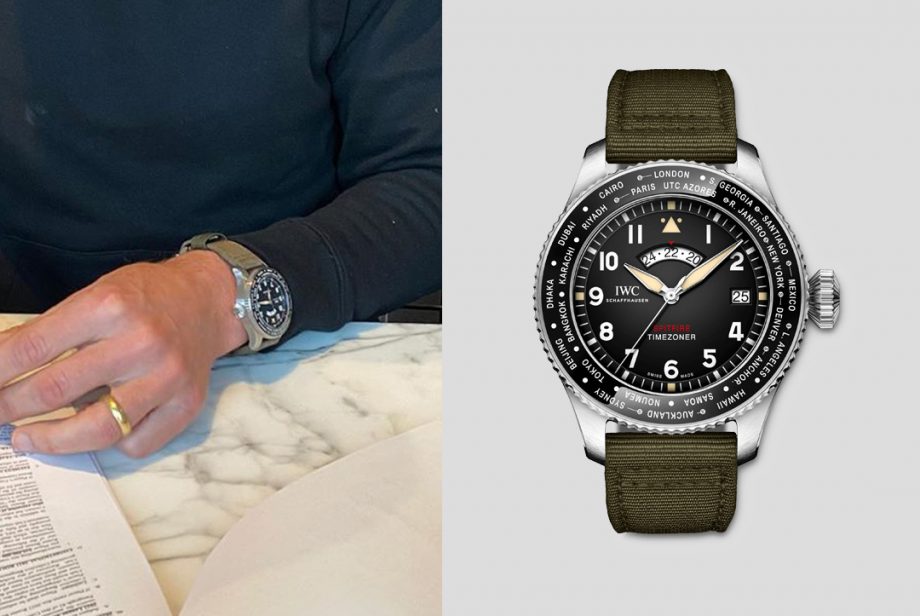 The Timezoner, as its name suggests, allows you to change the time to any other timezone in the world by way of rotating the bezel. It’s dedicated to two pilots; Steve Boultbee-Brooks and Matt Jones, and was designed to assist them when they circumnavigated the globe in a Spitfire aeroplane.

It uses an all-new, in-house made 82760 calibre, which boasts features such as the Pellaton winding system – which uses pawls as opposed to direct gearing between the rotor and barrel to help protect the gear train from shocks – and ceramic components to help resist wear, and if and when you do change the time zone, the hour hand, date window and 24-hour display all move with it.

It’s a mighty fine timepiece for a mighty fine occasion and will set you back AU$18,800. But only if you can get your hands on one.