“Although they are often the subject of ridicule, luxury travellers might be the ones who keep tourism alive this year.” 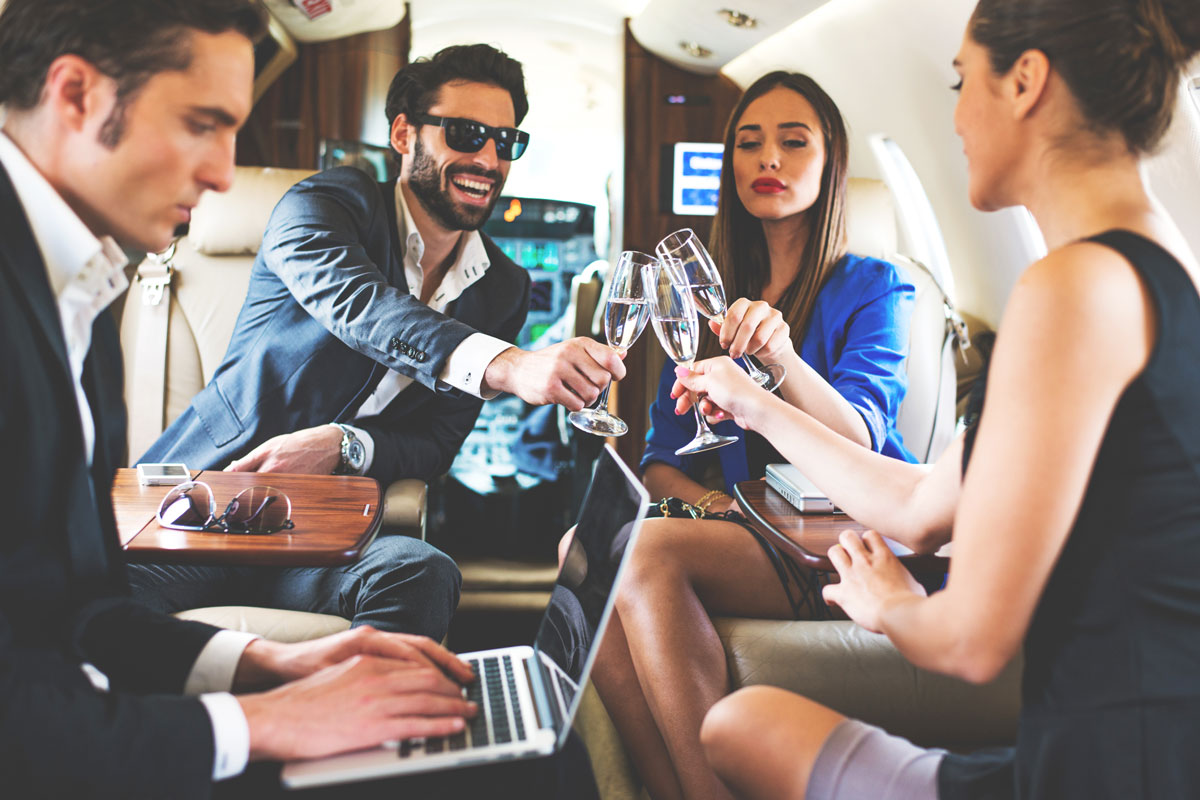 We could all do with some coconut-scented suntan oil, a personal butler and Sex On The Beach. But, for most of us, 2020 has us wrapped up like a grizzly bear. In other words: unless you’re super-rich (or European), any international fling appears off the cards until at least 2021.

Although Australians readied themselves to sink 472 Bintangs as Bali announced plans to re-open in July, the truth is – even if Bali is set to receive you – your home country might not let you leave, and even if it does, no travel insurance company will cover any Coronavirus-related costs your trip may incur.

That in mind, it was with surprise (and let’s be honest, jealousy), that DMARGE logged into the new private jet booking app JetClass to see how the other half book.

The results? Let’s just say – even if it remains uncertain whether a European travel bubble will come to fruition this year – the Relatively Rich of the world (or at least those selling to them) are betting it will.

First up though: what exactly is JetClass? Put simply: it’s a rideshare app for private jets, aimed at those rich enough to eschew commercial first-class, but who don’t own a bombardier.

According to the New Zealand Herald, JetClass was created in response to the “suspension, or vast reductions in operations by the world’s major airlines in the face of [the pandemic].”

After logging into the app, DMARGE discovered every destination in its database was available to be booked from mid-July.

RELATED: Important Dating Rules You Need To Know Before Hooking Up In France

Looking to the future, CNN reports, “The world’s biggest tourist playground has been roped off since it became a coronavirus epicenter, but as summer looms Europe is desperate to lift restrictions to get visitors pumping much needed cash into stricken economies.”

“Last week, the European Union unveiled an action plan to get its internal borders reopening, safely fire up its hospitality sector and to revive rail, road, air and sea connections that have been strangled during the pandemic.”

This comes as various European tourist hotspots like Sicily, Greece, Tuscany and Iceland have all announced initiatives (from airport testing to subsidizing visitors’ airfares) to return their GDP-boosting tourism levels to normal as soon as possible.

Although they are often the subject of ridicule, luxury travellers might be the ones who keep tourism alive in the meantime.