Germany in the 1950s was either a hoot or a horror, depending on what side of the post-war ideological divide you were on.

West Germany had emerged from the cultural, economic and physical devastation of Nazism and WWII with a new lease on life. The so-called Wirtschaftswunder transformed West Germany into the world’s third-biggest economy, and living conditions in the Federal Republic were exceptional.

This is perfectly epitomised by the stunning architecture of this gas station – things were so good in the West that even the humble bowser was beautiful. 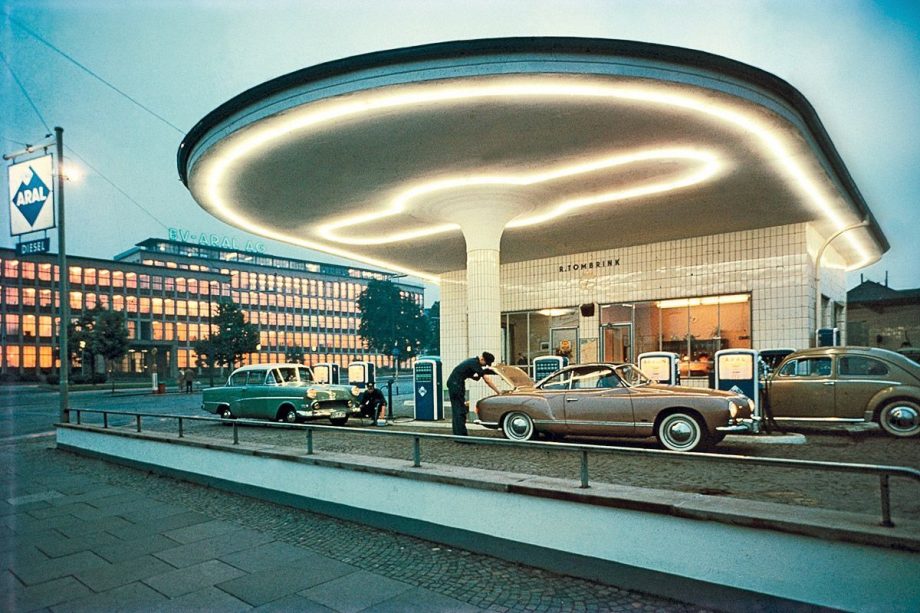 Look at the beautiful motors filling up, too! Image via Reddit

A perfect example of 50’s modernist architecture, this 1958 photo of a gas station shows a pit stop that completely sh*ts all over the boxy, unfeeling sheds that we have on our modern roads.

Another vintage touch you might notice is the filling station attendants, who could also be relied upon to check your tyre pressure or oil level. This is something quite alien for most of us today but is still a common feature of gas stations in some American states e.g. New Jersey or Oregon, or in countries like South Africa or Indonesia.

This opulence, common in the West, lay in stark contrast to the austere conditions in the East. Economically crippled by the strict reparations they were forced to pay to the USSR, plus the brain drain caused by people fleeing to the West, the GDR was a stark and challenging place to live. In 1961, East Germany would build the Berlin Wall, literally cementing the disparity between East and West. 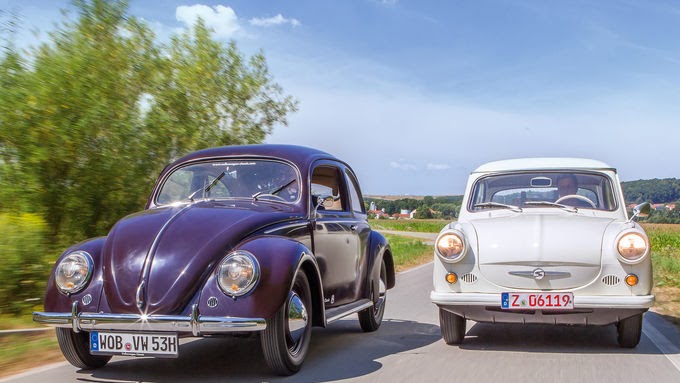 The two most popular cars of 1950s Germany: the ‘Bug’ in the West, and the ‘Trabi’ in the East. Image via Heinkel Scooter Project

While the 1957 East German Trabant is widely regarded as one of the worst vehicles of all time, the 50s were a golden age for West German motoring. Iconic models such as the Volkswagen Karmann Ghia, Porsche 356 and Mercedes-Benz 300 SL emerged from this period, and the automotive industry was one of the main forces behind the extraordinary economic recovery experienced by West Germany.

The famous German autobahn network was greatly expanded in the West as well (and neglected in the East), further developing West Germany’s reputation as a driver’s paradise.

Comparing something as mundane as gas stations might seem trite but it certainly reveals much about the traumatic history of Germany in the 20th Century. Almost thirty years after German reunification in 1991, eastern Germany still lags behind the west of the country economically, and the legacy of division is still obvious today. 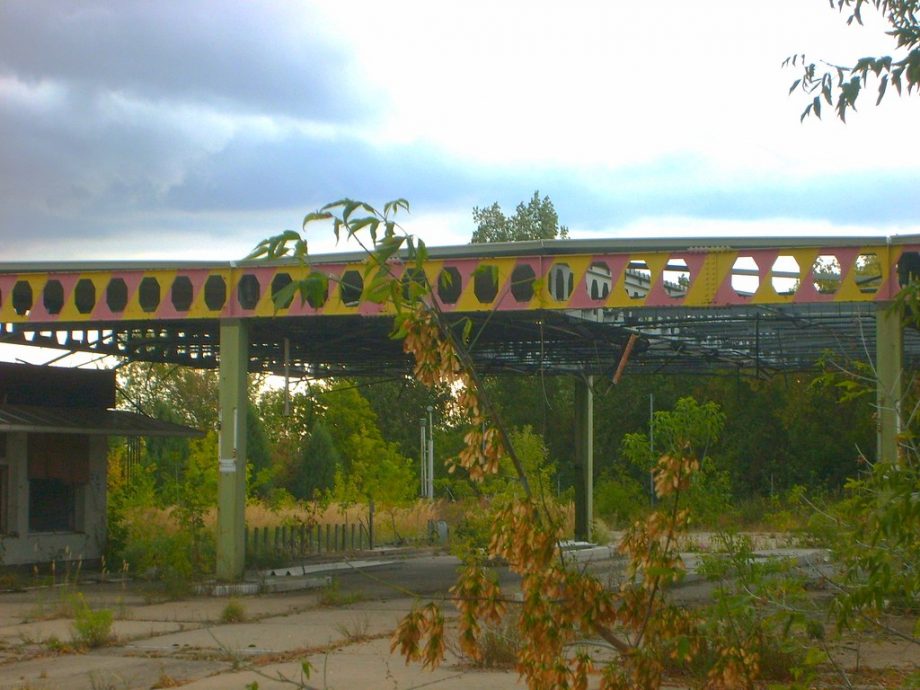 The legacy of Germany’s division is still keenly felt, and remains a complex subject for many Germans. While it’s undeniable that the mass surveillance, cruel authoritarianism and cultural repression under communism was appalling, many former East Germans feel a sense of Ostalgie for the GDR.

While we in the West might find it hard to understand why people would be nostalgic for East Germany, we can certainly understand being nostalgic for the architecture and machines of the West’s ‘golden age’ of motoring. Things might have been politically tense in the 1950s, but damn, aren’t those cars schön?