You’ve done the Autobahn and Oktoberfest. You’ve crossed off the Christmas markets. You’ve partied past sunrise at Berlin’s techno clubs, paid your respects at the Wall, and eaten more bratwurst than is prudent for a single lifetime. What’s next on your Germany bucket list?

Even with the major sights out of the way, you’ve only scratched the surface of what the country has to offer. Beyond the top guidebook destinations lies a quirkier side of Germany, one where a nuclear power plant is fun for the whole family and a squash is a mode of transportation.

Get ready for a remarkable, unique, and occasionally bizarre take on a country you thought you knew – we’re spilling the beans on 10 special things you can only do in Germany.

Drink At The World’s Oldest Brewery

It won’t surprise you to learn that the world’s oldest continuously operating brewery is in a country famed for its beer. What might surprise you is just how old it is. Weihenstephan, located in a Benedictine monastery, was founded in 1040 – that makes it hundreds of years older than the Mona Lisa, Martin Luther’s 95 Theses, and the American Declaration of Independence. It even predates the Magna Carta. If you like a splash of history with your hops, a visit to Weihenstephan is a must.

See The Castle That Inspired Frankenstein

Germany is home to literally thousands of castles, each spectacular in its own way. One inspired Disneyland’s Sleeping Beauty castle. Another inspired a far darker tale: Mary Shelley’s Frankenstein. Frankenstein Castle was once home to Johann Conrad Dippel, a professional alchemist who claimed to have created the elixir of life. Legend has it that he exhumed corpses and performed medical experiments on them in the castle. Some believe Dippel’s myth-shrouded tale was the origin of Shelley’s gothic novel.

Visit An Amusement Park In A Former Nuclear Power Plant

Wunderland Kalkar may be the most unusually located amusement park on the planet. Construction began on the SNR-300, the first large breeding reactor in Germany, in 1972. The construction was highly controversial and continuously delayed, and when it was finally completed, authorities opted not to put it into operation. A Dutch investor purchased the abandoned property in 1991 and transformed it into a theme park. Many facilities from the original plant are integrated into the park and its attractions, including the cooling tower, which now houses a swing ride and a climbing wall.

Transportation as we know it wouldn’t exist without German ingenuity. Both the automobile and the motorcycle were purported to have been invented in Stuttgart, earning it the nickname “the cradle of the automobile.” Today the city is home to the V8 Hotel, a four-star property guaranteed to rev the engine of any petrolhead. Each of the rooms is car-themed and individually designed, including a drive-in movie room, a car wash room, and a room meant to evoke a road trip through the American mid-west.

Paddle A Pumpkin To Victory

The Ludwigsburg Pumpkin Festival displays more than 450,000 pumpkins each year, making it the largest pumpkin exhibition in the world. The versatile squash is put through its paces in events ranging from weight competitions, to artist carvings, to cooking and sculptures. The quirkiest use of the fruit is the regatta, which sees daring pumpkin canoe enthusiasts climb aboard gigantic, hollowed-out gourds and attempt to paddle for the fastest lap time. The autumnal tradition is Germany’s funniest and most photogenic sporting event.

Rio has Carnival. New Orleans has Mardi Gras. Germany has Fasching. The German carnival season begins each year on 11 November at 11:11am and finishes on Ash Wednesday of the following year. Fasching, also known as Karneval, is a festive time – a time to break the rules and poke fun at those who make them. Cities across the country (most notably Cologne) celebrate with parades, parties, costumes, masks, feasting, and frivolity. Fasching shindigs happen throughout the season, but the biggest bacchanals are reserved for the final week.

Relax To The Soothing Sounds Of Underwater Techno

A spa day in Berlin isn’t like a spa day anywhere else. The futuristic Liquidrom, designed to look like an abstract tent structure, is outfitted with the expected contingent of saunas and baths. But those classic relaxation options don’t come close to the spa’s crown jewel: a large saltwater floating pool, surrounded by soaring arches and multi-coloured lights, with music pumped underwater. The musical program ranges from classical to techno (we’re voting for the latter, seeing as Berlin is the world’s unofficial techno capital).

Have A Tropical Holiday In An Airplane Hangar

Germany has beaches and beach resorts, and though they’re lovely, they’re not exactly a holiday in the tropics. In yet another example of the native genius, Germany decided to fix the problem by building a tropical theme park and resort inside a disused airplane hangar. This strange slice of paradise offers palm trees, white sand, warm water, and balmy weather all year round. There’s also a rainforest, a village of traditional island buildings, a miniature golf course, waterslides, a shopping boulevard, and free-floating balloon rides – all beneath the expansive dome.

Connoissuers have called it ‘vegetable of kings,’ ‘edible ivory,’ and ‘white gold.’ Germans go crazy over white asparagus (Spargel), and when the season (Spargelzeit) rolls around, it pops up in every market and on every menu. The states of Baden-Württemberg and Lower Saxony take pride in being prime asparagus growing regions and both have scenic ‘Asparagus Routes.’ They’re also home to multiple annual asparagus festivals where peeling contests are held, asparagus queens are crowned, and asparagus Schnapps is consumed. Germany goes through tousands of tonnes of the ghostly veggie each year.

Get Cultured In A Gas Holder Turned Exhibition Space

Gasometer Oberhausen’s solemn industrial exterior hides a staggeringly imaginative space. The 117-metre tower once stored gas from the local iron works, becoming the largest gas holder in the world in the late 1920s. It survived several bombings during the Second World War, but eventually became superfluous and was decommissioned in 1988. In its second life, the Gasometer is an industrial landmark and an exhibition space for monumental art installations. 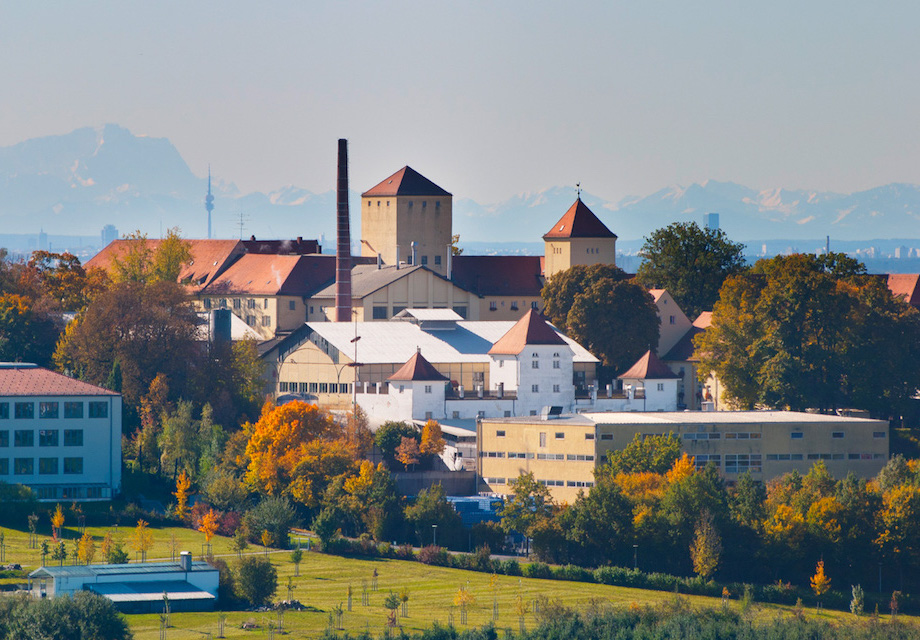 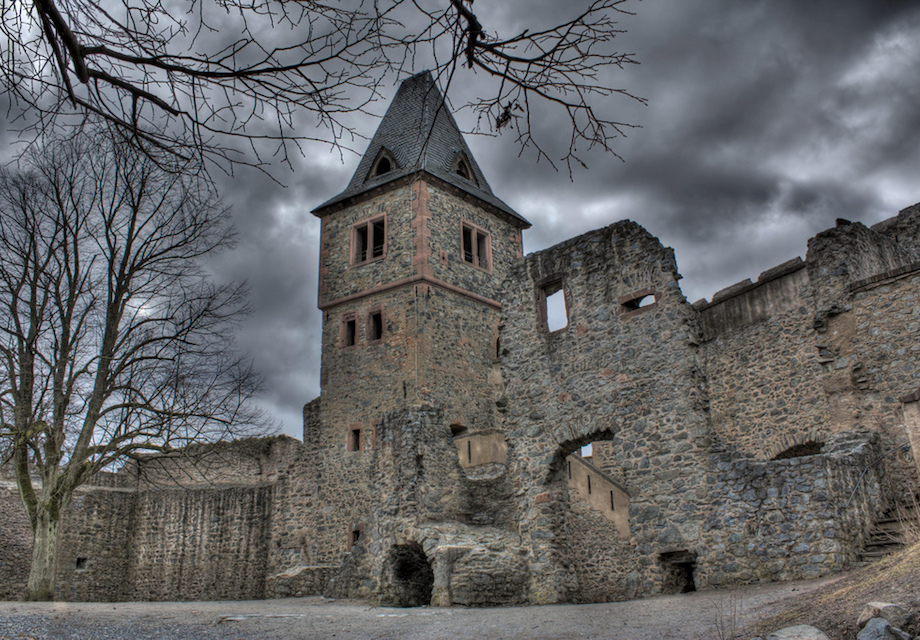 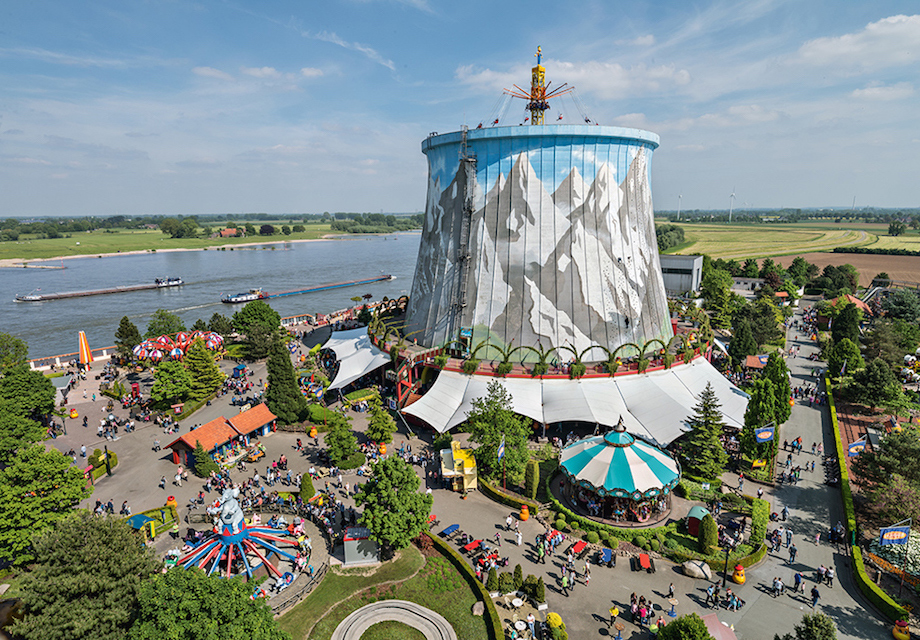 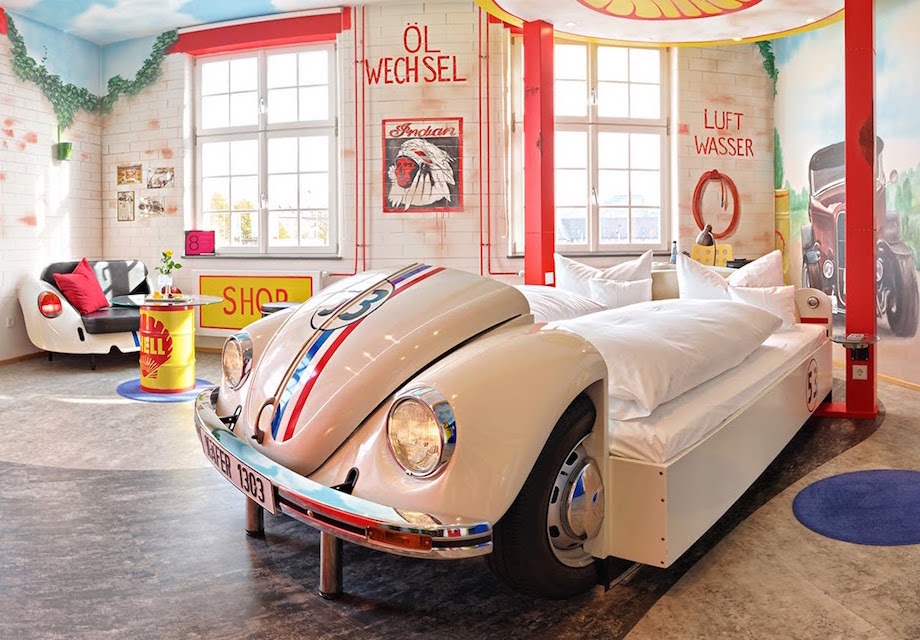 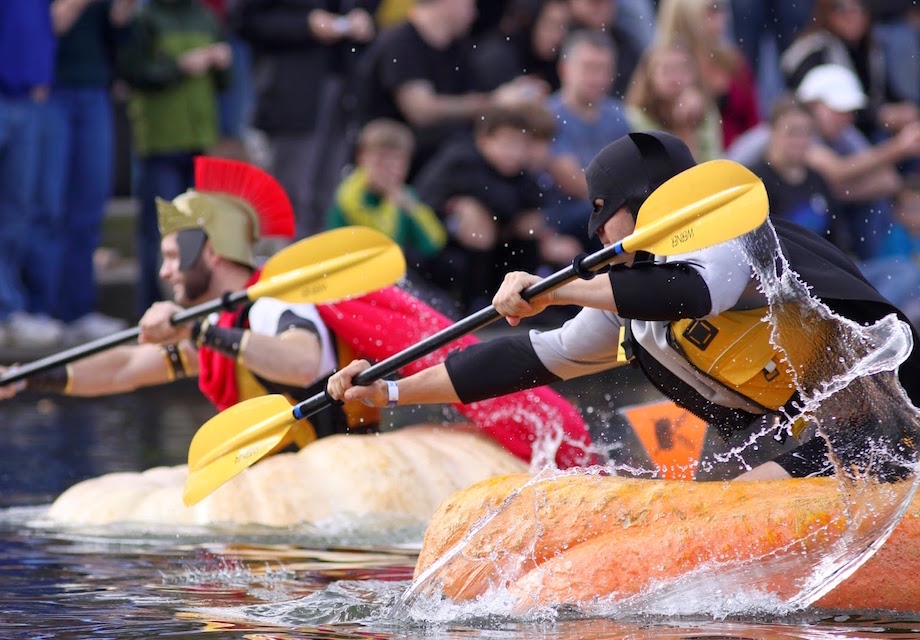 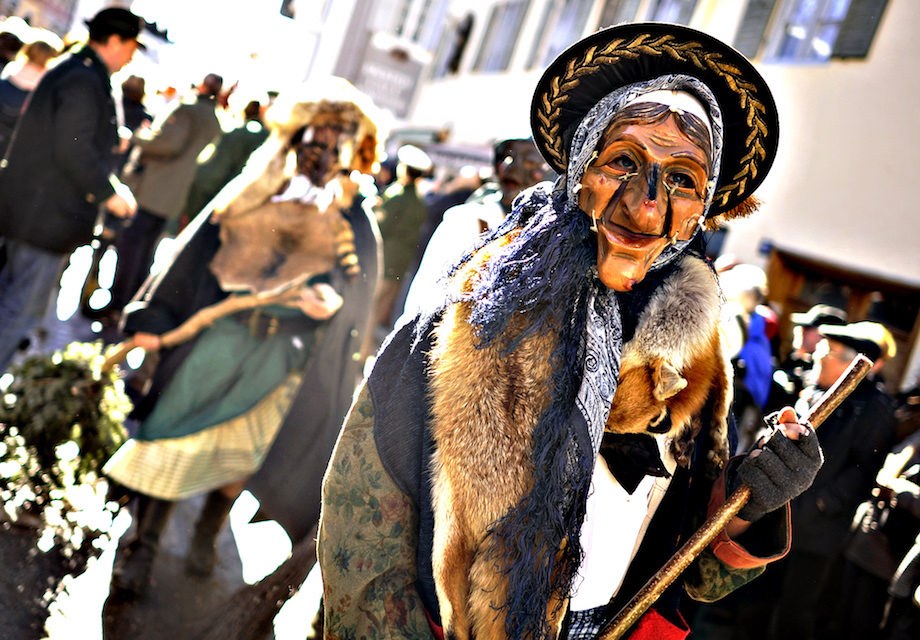 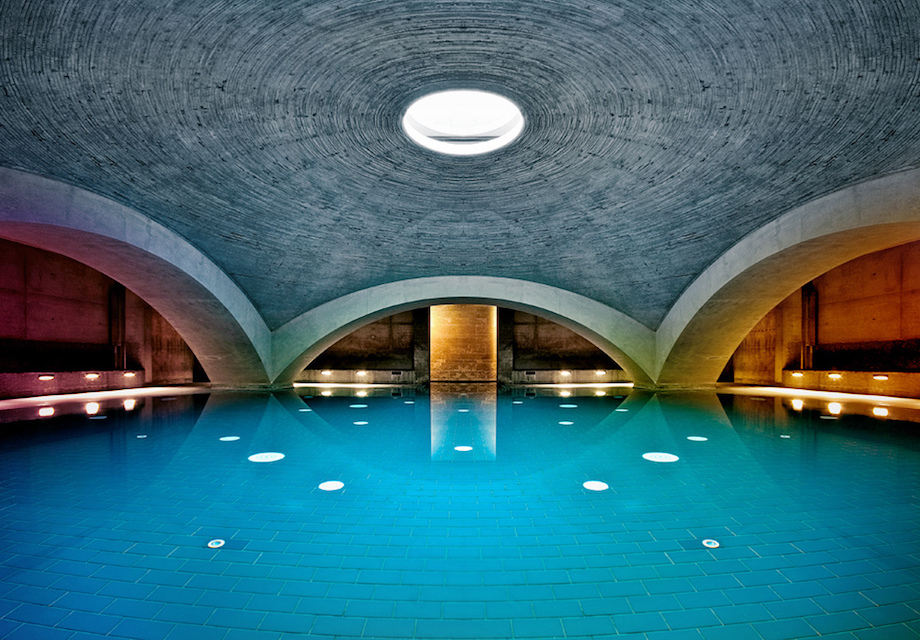 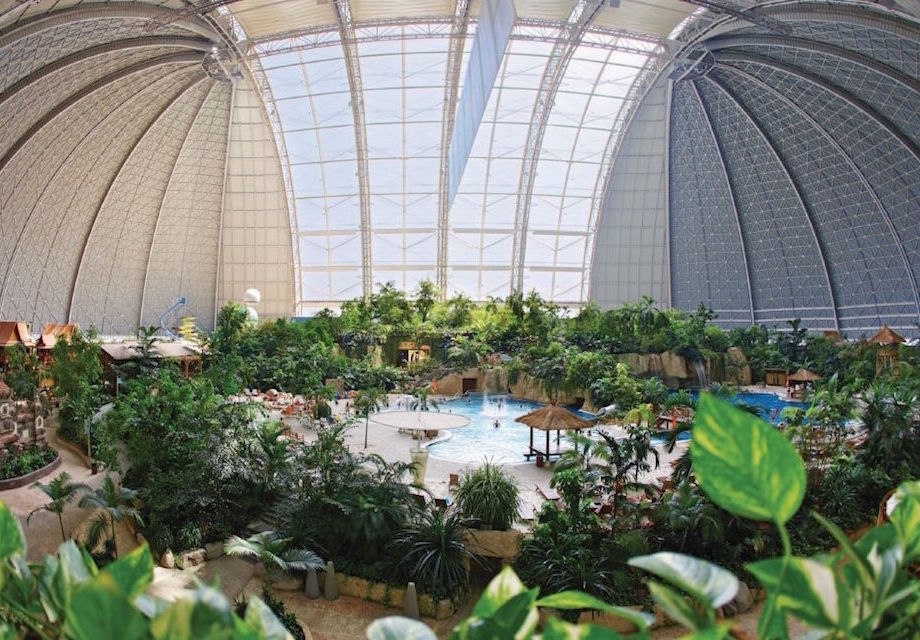 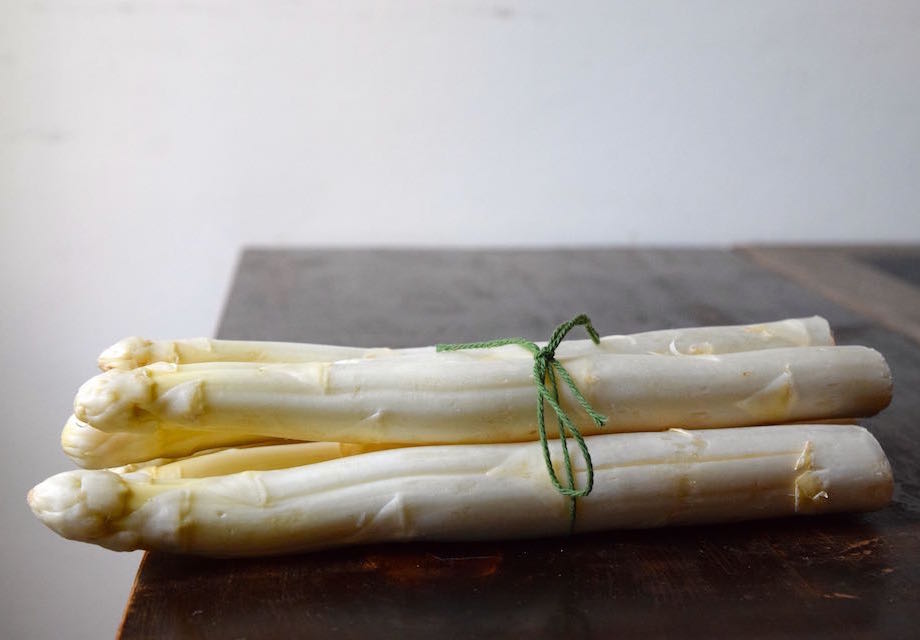 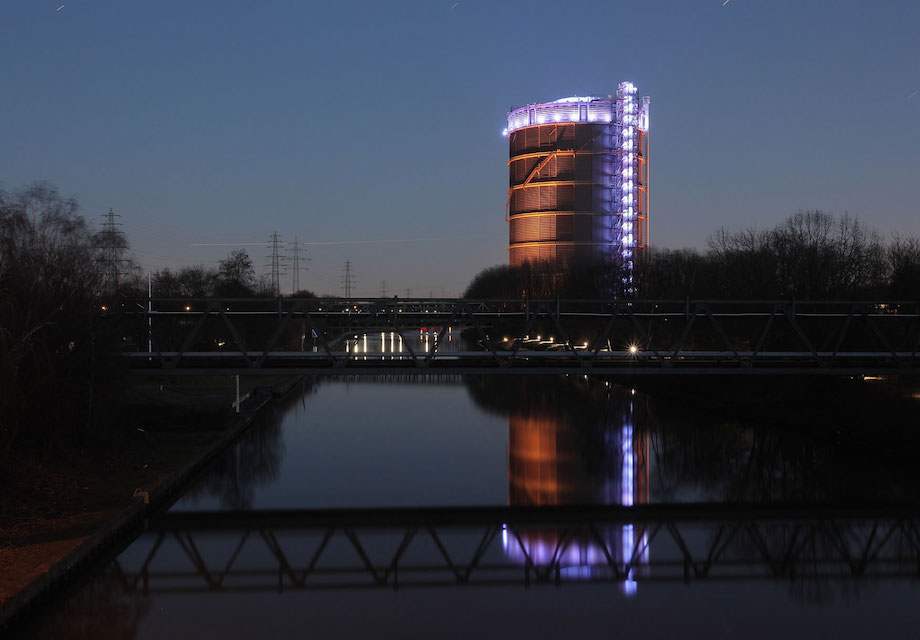 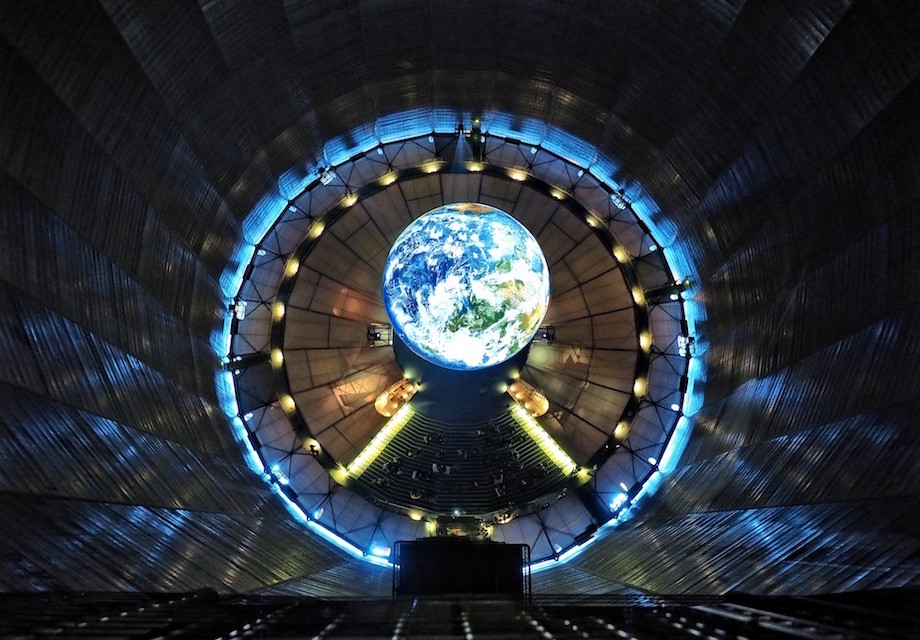